The story of AFC Wimbledon

The Greatest Story in Football

It was the moment when a miracle really happened. A moment that had been almost 30 years in the making, a moment so special, so coveted and yet so outrageously impossible it felt like we would never see it happen.

Only it did. It happened on November 3, 2020. That was the day when The Dons returned home to Plough Lane and completed the greatest story in football. 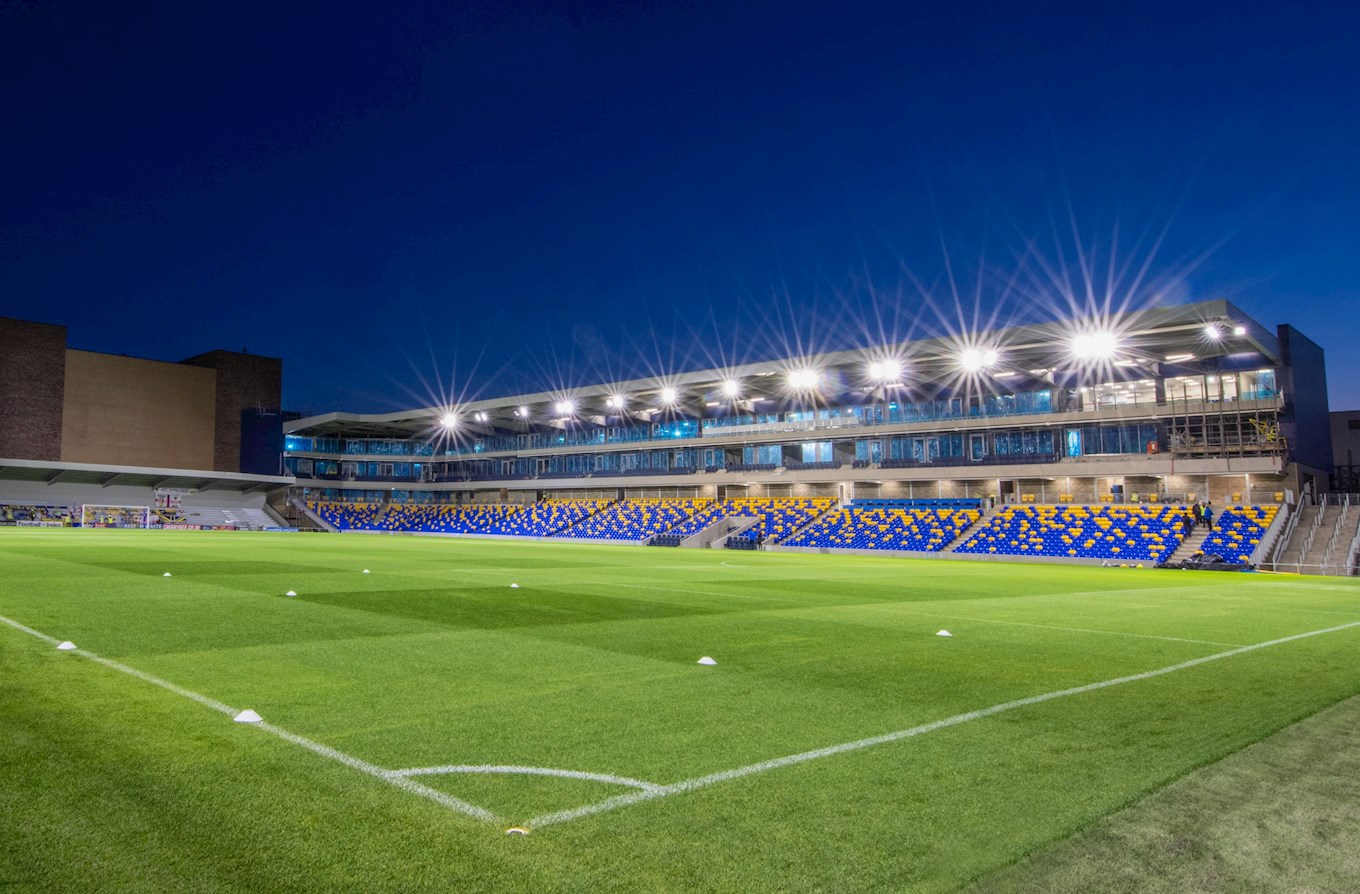 In 2002, the Wimbledon football club we knew and loved ceased to exist. Snatched away from our fans and our community, the club was shamefully allowed by an FA commission to be airlifted to another town 70 miles away, where it carried on under a different owner and different supporters.

The commission even underlined their disgraceful decision with an ominous warning. Launching a new club to replace the one that had been stolen from us would not be “in the wider interests of football”.

Undeterred, four of our fans – let’s name them because they are heroes – refused to be beaten. Ivor Heller, Kris Stewart, Marc Jones and Trevor Williams contacted the London FA and relaunched us under a new name: AFC Wimbledon. We were consigned to the Combined Counties League – five divisions below the professional Football League – and we started all over again.

Only there was a fundamental and profound difference. This time we were owned by our own supporters in the shape of The Dons Trust with an executive board elected by the fans.

Never again would we be at the mercy of private owners with their own egotistical agendas.

There was another profound difference as well. The entire history of Wimbledon Football Club remained ours. When the paperwork was drawn up for the new reincarnation, our date of birth didn’t say 2002 – it said 1889, when our predecessors had played their first games on Wimbledon Common.

The ensuing years were owned by us and nobody could take them away. We first moved to our legendary home, Plough Lane, in 1912; we won the coveted FA Amateur Cup in 1963, we were elected into the Football League in 1977 after winning a hat-trick of Southern League titles – and we won the FA Cup in 1988 with a famous 1-0 triumph over Liverpool at Wembley. We gave birth to the infamous Crazy Gang and we made a Womble our official club mascot! 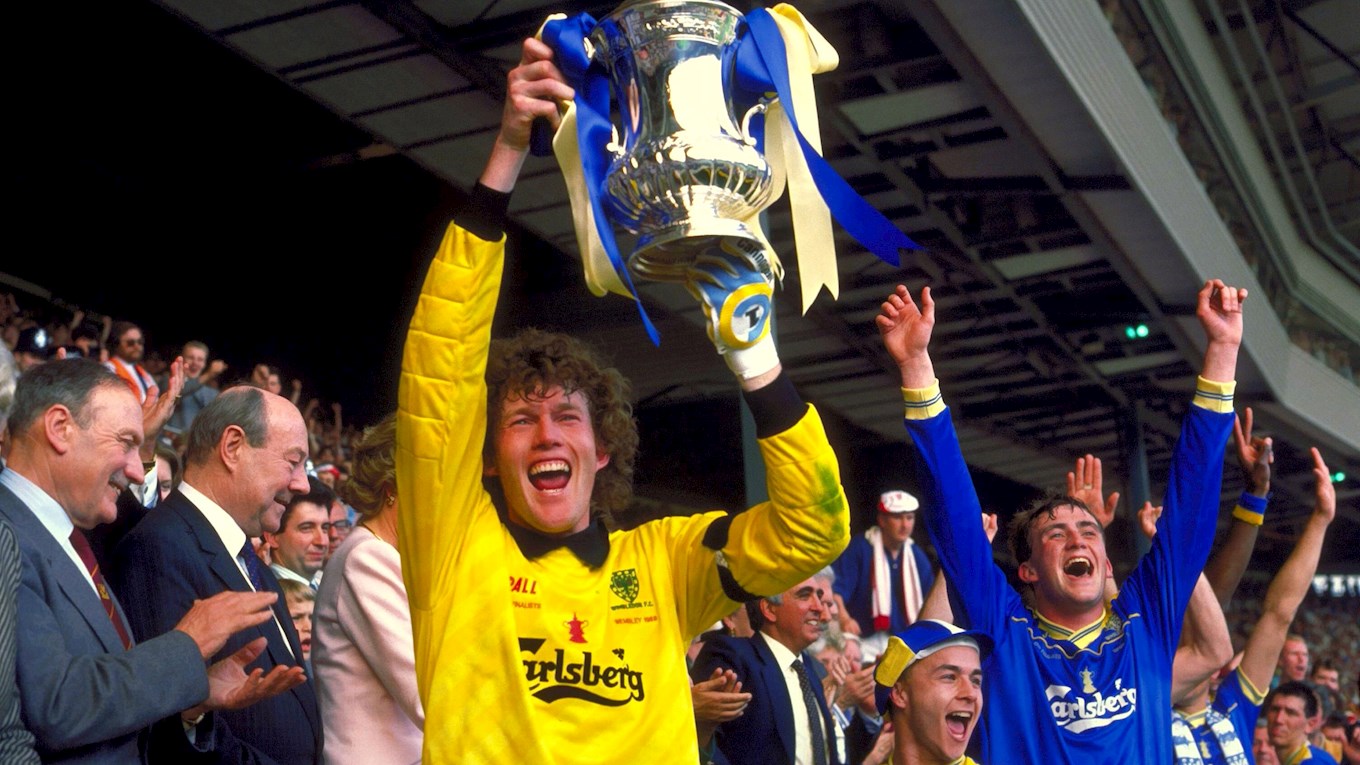 We were one of the founding members of the Premier League in 1992, where we stayed for eight consecutive seasons and produced some of the most-famous players of that era.

But behind the triumphs were the disasters. We owned them as well. We lost our original Plough Lane stadium, callously sold behind our backs for redevelopment by our former owner. Forced to groundshare at Crystal Palace’s Selhurst Park (where we spent all our Premier League years) the cruellest moment of all was to follow when we were sold and moved away, seemingly erased from the Wimbledon landscape.

But the heart and soul that existed in the old club was alive and kicking in the new one. Promotion followed promotion as we rose up the football pyramid and within nine years we were back in the Football League after dramatically beating favourites Luton Town on penalties in the 2011 play-off final. 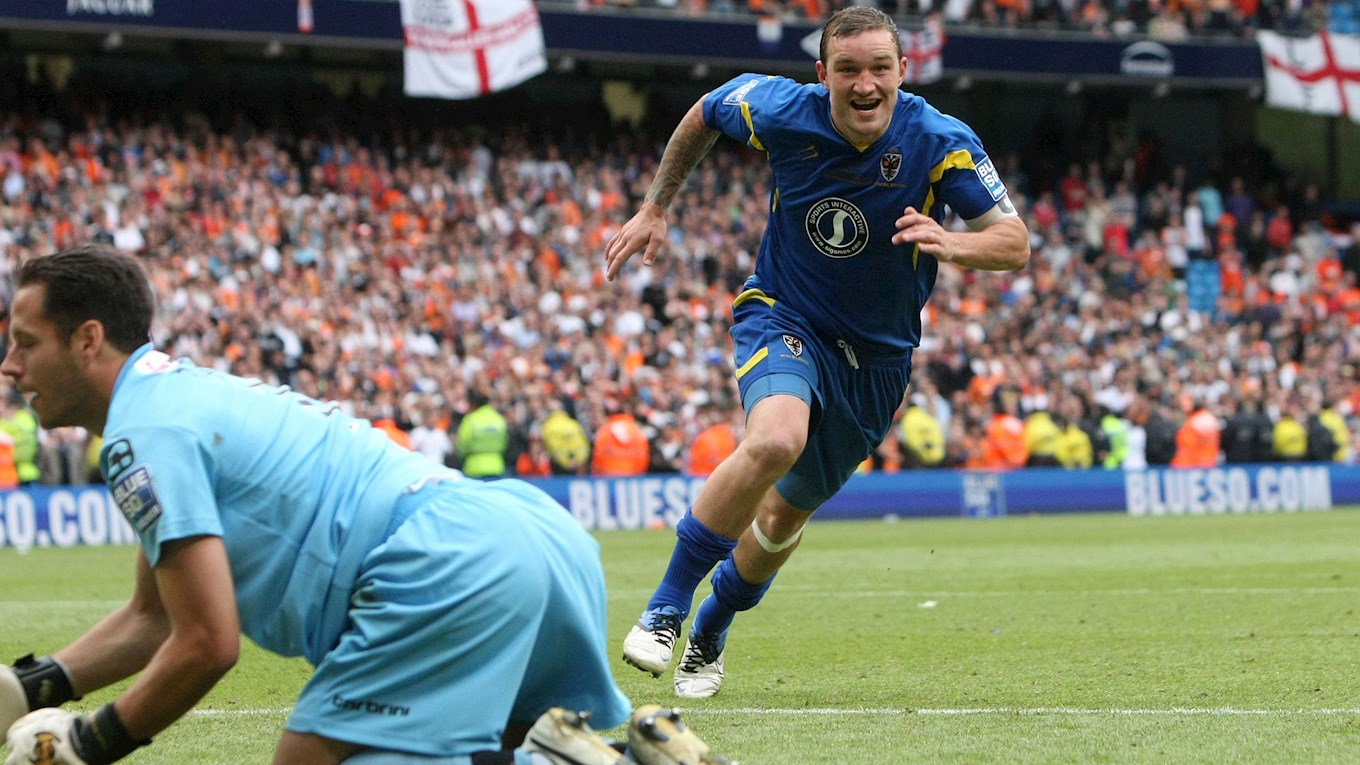 Five years later came another promotion when we beat Plymouth at Wembley in the Division Two play-off final. We have stayed in League One ever since.

On its own, all the above was miracle enough. But there was a greater force at work even beyond climbing back into the Football League. From 2002 onwards, we had played in neighbouring Kingston, unable to find a way back to our true homeland.

That burning desire to get back to Wimbledon never diminished. In fact,  it grew stronger and stronger until, led by our former chief executive Erik Samuelson, an impossible dream began to take shape. There was a route back to our spiritual home; better still, there was a way we could physically return to Plough Lane itself.

Erik was backed by an army of loyal volunteers and devoted staff. Together, they navigated us through a labyrinth of planning regulations and meetings - and even the threat posed by then Mayor of London Boris Johnson - until permission was granted for AFC Wimbledon to build a new ground on the site of the town’s famous but then dilapidated greyhound stadium. 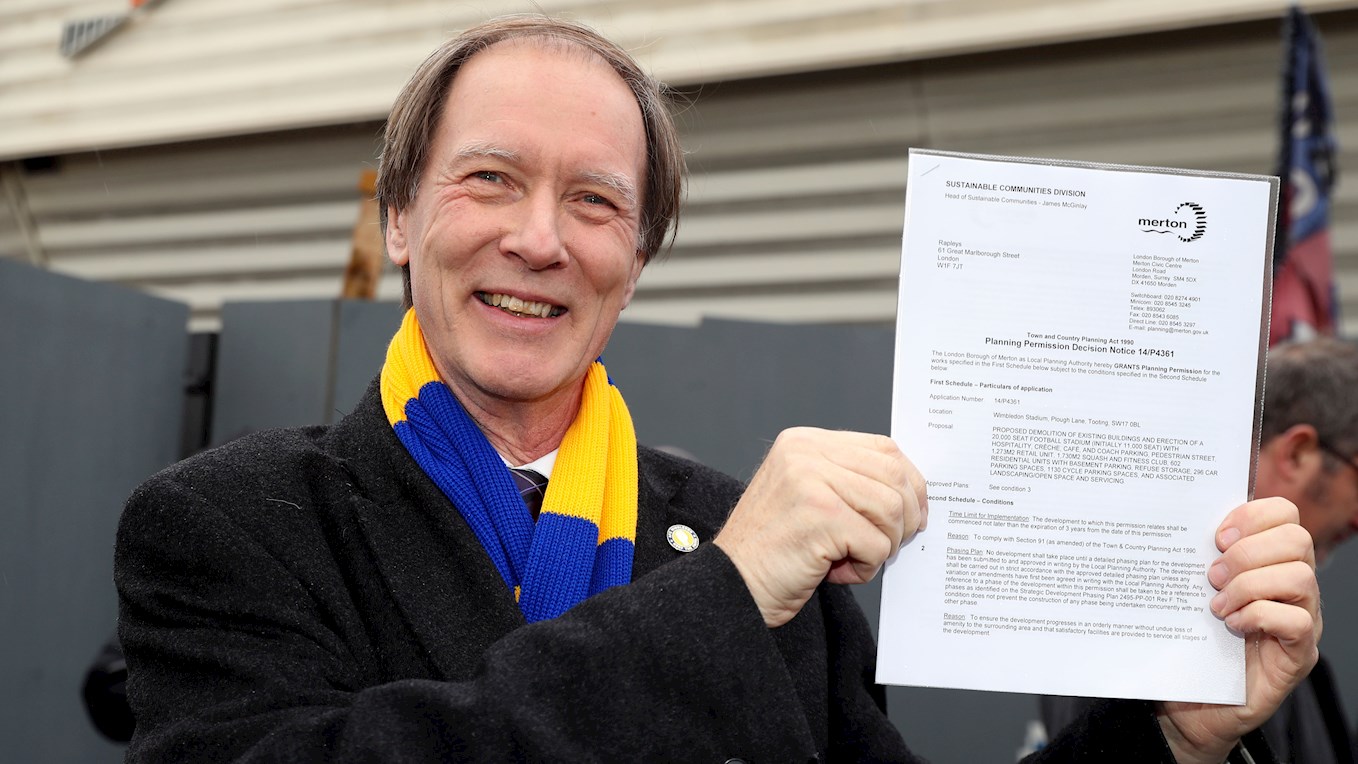 We would be going home – barely 200 yards from where our original ground had once stood.

There was still one gigantic hurdle to overcome, however. Construction on a new £32million stadium couldn’t be completed unless we could prove we had the funds. And there was a shortfall that was so serious it threatened to derail the entire project.

That’s when we witnessed one of our proudest and most significant moments. That’s when our fans proved they weren’t just supporters, they were owners motivated by one burning desire: to make our impossible dream come true.

Digging deep into their own pockets, they first raised £2.5million via a crowdfunding campaign. Then they rallied again and invested a phenomenal £5.5m into a Plough Lane Bond – the biggest fund-raising venture of its kind ever seen in the Football League.

The fans got us over the line and so, on November 3, 2020, AFC Wimbledon played their first game at our new Plough Lane home. The last time we had played a League game at Plough Lane was back in 1991 when we faced Crystal Palace in the old First Division.

November 3 should have been a night of unforgettable celebration, one that supporters would never forget. Out on the pitch, Joe Pigott scored first as we played out an entertaining 2-2 draw against Doncaster Rovers.

But there was a cruel twist of fate that cast a large shadow over such a momentous occasion. Covid had struck, the country was in the middle of a nationwide lockdown and fans everywhere were banned from attending football matches.

The teams were playing in an empty stadium with only cardboard cut-outs of our fans perched in their seats – a reminder, at least, of the very people who had made the moment possible. Instead of rapturous, the atmosphere felt anticlimactic, eerie and even surreal.

It wasn’t how it should have been and it wasn’t until August 14, 2021, that AFC Wimbledon fans were allowed into Plough Lane for the first time to see a competitive League One game in the stadium they had helped build. 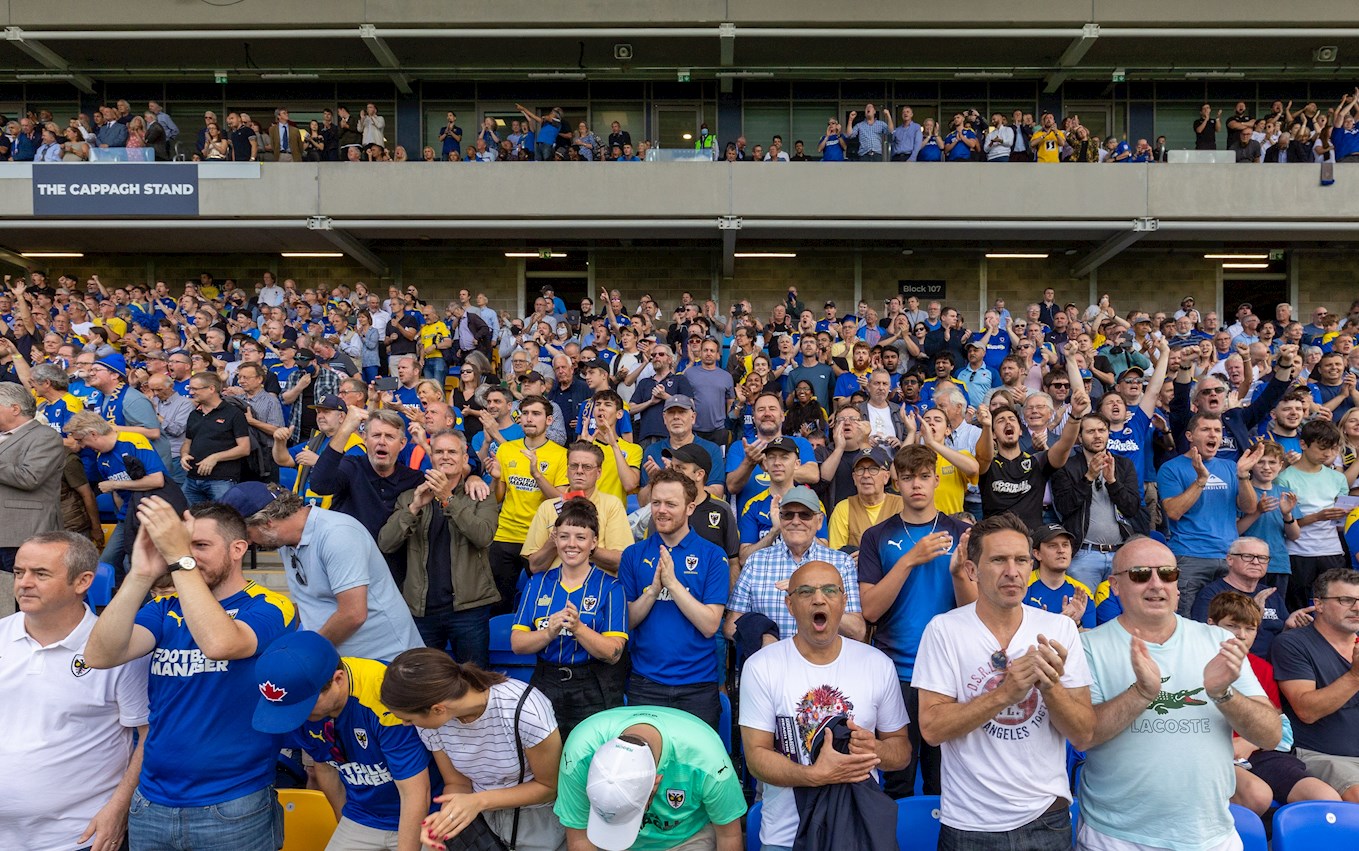 Our ground was almost full to its new 9,000 capacity, the opponents were Bolton Wanderers and the game was a 3-3 thriller. Within seconds, The Cherry Red Records Stadium was awash with the chant “A-F-C Wim-ble-don” as our fans put their stamp on their new surroundings. 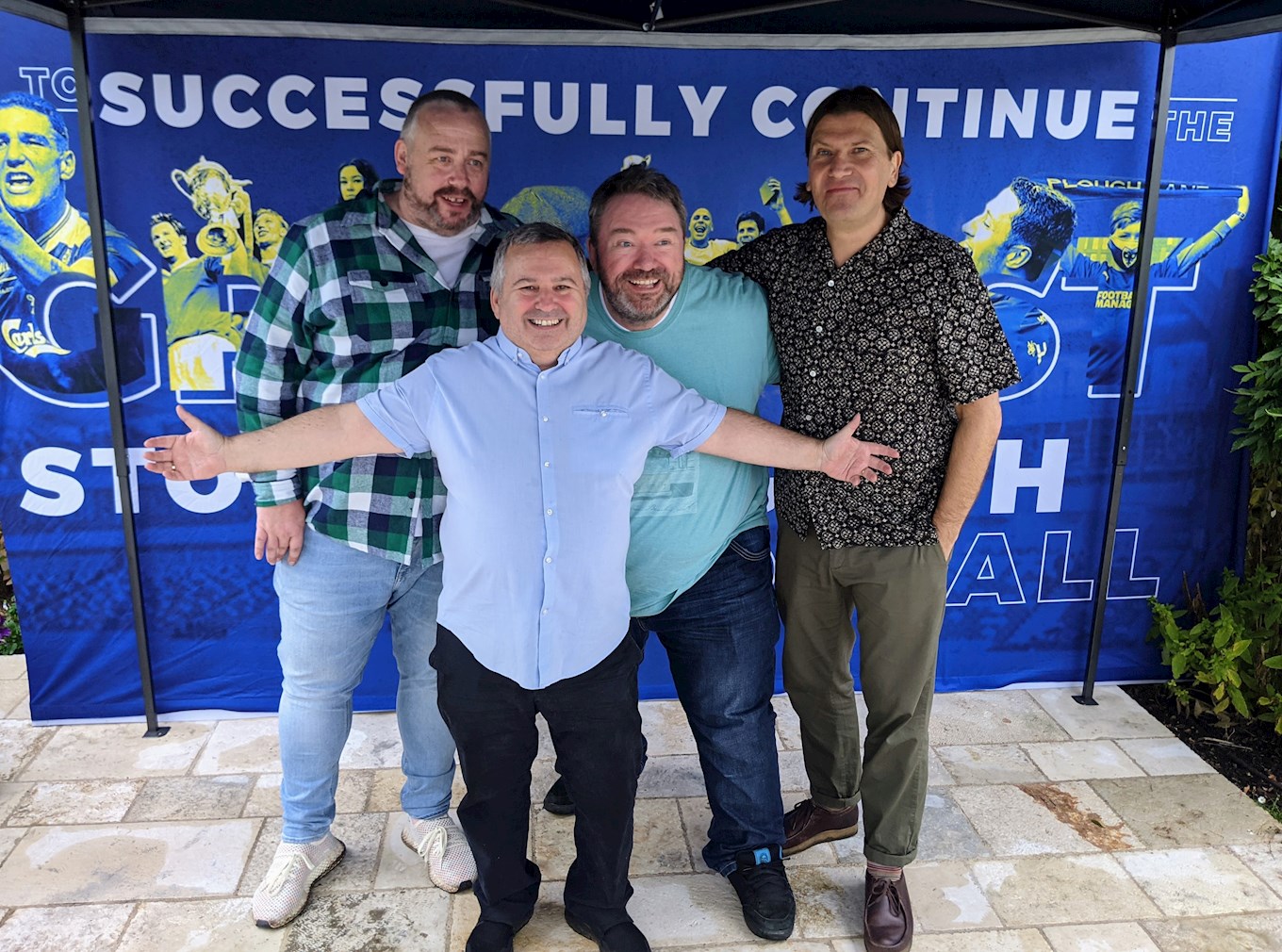