AFC Wimbledon is a community club that takes pride in its commitment to support the local area and work to improve people's lives.

Our community work is led by the AFC Wimbledon Foundation and the Dons Local Action Group.

The Foundation was formed in 2013 after a recognition that the ground-breaking creation, establishment and success of AFC Wimbledon Football Club was built on the energy and effort of its supporters.

The football club wanted to pay back this support by providing a series of targeted community-based activities for local people and formed the Foundation to deliver this work.

The Foundation completed some fantastic project work in Merton, Kingston and Wandsworth in its early years of existence and now works at the heart of our new stadium at Plough Lane, continuing to serve the local community. 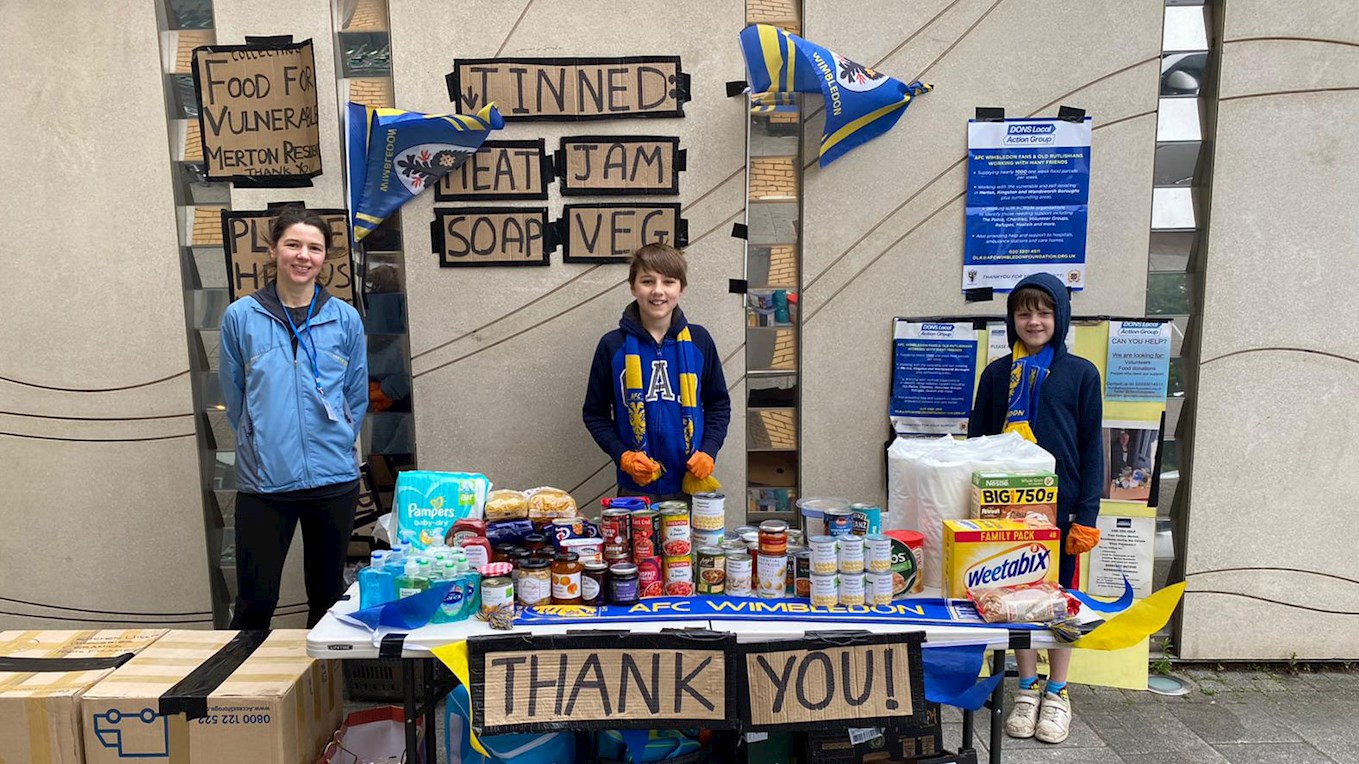 Set up by AFC Wimbledon fans in March 2020, at the start of the national lockdown, with just a trestle table and a signboard outside Morrisons supermarket in Wimbledon. Dons Local Action Group grew rapidly in the following days and weeks, joined by hundreds of fans and non-fans alike.

This inititative reconditions donated laptops and tablets before gifting the devices to schools. Enabling children, previously without access to their own device, the necesary tool to continue their online learning and access educational resources.

We have so far provided over 150,000 food boxes, 175+ furniture and appliances and 1850+ laptops and tablets across the boroughs of Merton, Wandsworth and Kingston.

Working with local councils and with more than 100 aid agencies making referrals, we are providing crucial assistance to people who find themselves in need.

Scale the heights at our stadium!

Save the date for a great day in May!