Wally Downes said that taking on Luton Town is a 'great test' for his players and he believes it’s still all to play for in the battle to stay up.

The Hatters are closing in on the League One title after beating Accrington Stanley, but The Dons have shown improved form in recent months and Wally has faith in his squad to push them all the way at Kenilworth Road on Tuesday night.

“It’s a great opportunity for us to go and test ourselves against the best," said Wally. "I keep saying to the team that we are improving. The last couple of results haven’t been what we are after, but we haven’t lost so we are going there with the mentality of getting the win. If we can upset the applecart there, that would be superb. With the underdog mentality we’ve had, I expect us to get something from the game. If we can win, that will be great, but I certainly don’t expect us to come away losing. We are going in against the probable Champions so it’s a great test for us. Let’s hope we go there and upset the party. We need the win, they need the win, it’s a good game in hand.

“Young footballers are very resilient. They were upset after the last game, but you have to clear the air and we reviewed the game straight away. We highlight the good points and the bad points. We have to challenge them and support them and then we move on. We’ve cleared the air and hopefully the disappointment of not getting the three points will be gone. It’s a learning process for a lot of the youngsters. I can take stuff from every game, win, lose, or draw, whether it’s positive or negative, hoping that it will improve us as a team. I’ve seen steady improvement right throughout the season. Okay, in the last two games we didn’t get a win when we wanted to gain a win from those two games, but looking at the position we are in I think it’s still all to play for. I have got faith in this team to do it.”

The manager added that he has no fresh injury worries for Tuesday night’s game.

“We are still trying to get Kwesi’s fitness up to speed,” said Wally. “He is hitting his fitness artificially, on the training pitch, but I need to get game-time into him. He’s had a couple of reserve games recently and there is one on Tuesday night so if I can get him full-blast in there then he comes back into contention. Deji was in contention at the weekend, but Barchy had a slight knock. Toby got a knee in his hip on Saturday and Waggy got a knock, but those injuries are just run of the mill things that happen on a Saturday.”

The full interview with Wally can be viewed by clicking on the link to our iFollow channel above.

This is an all-ticket fixture and tickets must be bought online by 4.45 pm this Good Friday. No tickets will be on sale on the day at Kenilworth Road on Tuesday 23 April (7.45 pm kick-off).

Please note tickets will also be available to buy at our ground, before and immediately after the Bristol Rovers game on Friday 19 April.

Let's get behind Wally and the boys for our final night game of the season!

Seat tickets (unreserved) for the Oak Road Stand are available in advance from our online ticket shop (until 4.45 pm Good Friday) at the following prices:

Disabled supporters (non wheelchair) will pay one category lower in the normal prices stated above with a carer admitted free of charge (higher and middle DLA). Five wheelchair spaces are available and you can contact the Luton’s ticket office directly on 01582 416976 to book. 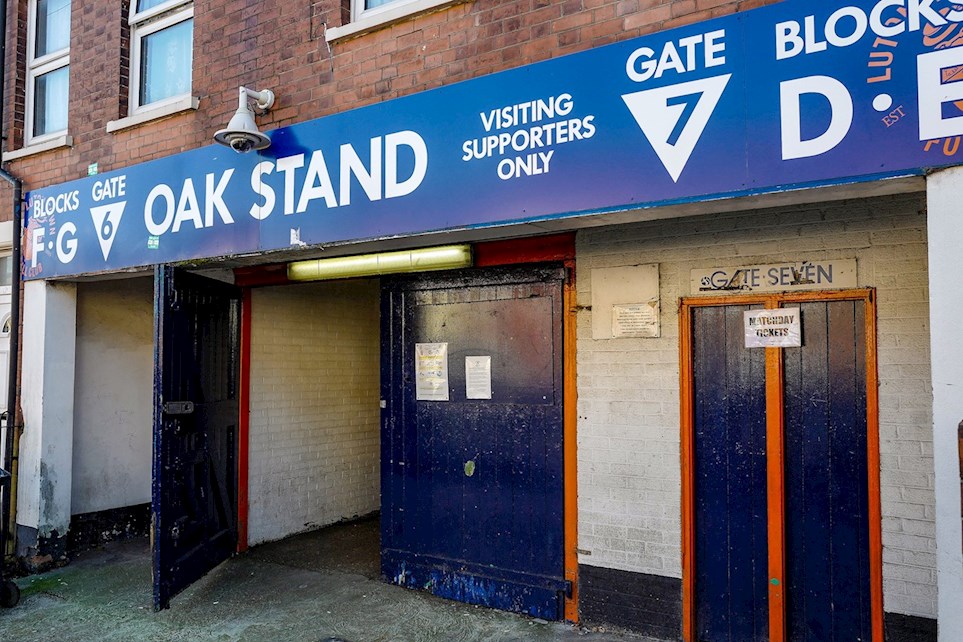 
Calling all away day Dons! This is an all-ticket fixture and tickets must be bought in advance for the League One game at Kenilworth Road on Tuesday 23 April (7.45 pm kick-off).


Calling all away day Dons! This is an all-ticket fixture and tickets must be bought in advance for the League One game at Kenilworth Road on Tuesday 23 April (7.45 pm kick-off). 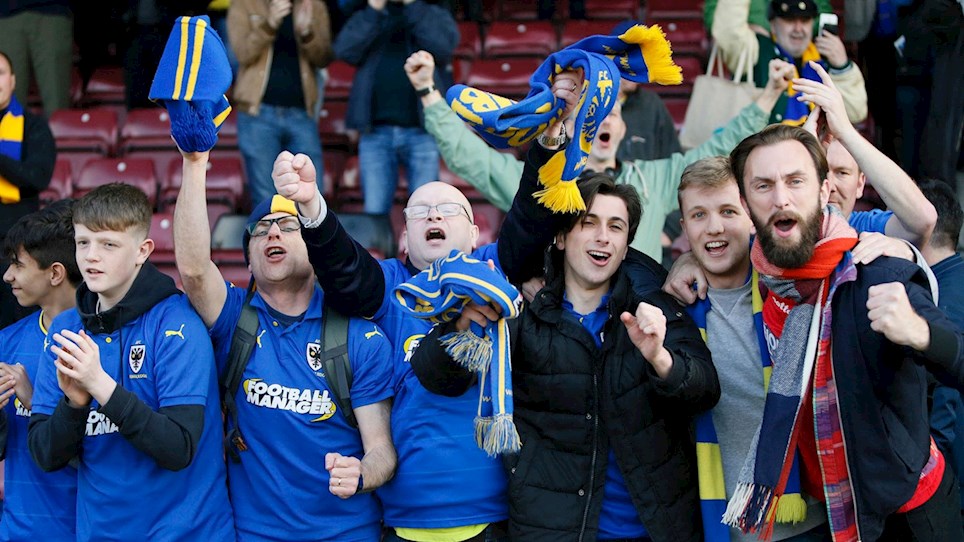 Away match at Luton Town is all-ticket


Tickets are on sale in advance for the League One game at Kenilworth Road on Tuesday 23 April (7.45 pm kick-off).