James Hanson will be handed an opportunity to increase his match sharpness with a run-out in Tuesday night’s Checkatrade Trophy tie at Stamford Bridge.

The experienced striker (pictured) returned as a late substitute at FC Halifax on Saturday after a calf injury and the match against Chelsea’s youngsters will offer him a chance to boost his fitness ahead of an important Christmas period.

Interim Manager Simon Bassey said: “We were pleased to get James back on Saturday and we got 20 minutes out of him, which was good. He has trained well today and we will look to step his minutes up tomorrow. Barchy will probably not return to the group until Thursday. Scott Wagstaff is back on the scene, but he’s one that we have to keep an eye on. He is a possible for tomorrow. I thought Tyler Burey had a good game against Stevenage and he is certainly a player we really like. There will be opportunities for boys that have been in and around the squad.

“We carried a few knocks into the game at the weekend. We took 20 players to Halifax. Obviously, only 11 started, so there are nine left that are in and around the first-team squad and they can certainly come in if need be. We will count the bodies again and see where we are in terms of injuries.

“There are games to be won in this competition and big rewards at the end of them. Obviously, we have to also look at the bigger picture because we have very important League One matches coming up during the Christmas period and we need to go into them with the squad in the best possible shape.”

“It’s a chance to progress to the last-16, but it’s going to be a difficult game,” said Simon. “I’ve watched quite a lot of Chelsea and their Under-23s. I’ve watched them myself, and so too have our scouts. We know what strengths they have and what a good team they can be. We will just see what team they go with tomorrow and hopefully we can cause them some problems ourselves.

“We want to try and win every game that we play. There are different ways to try and win games. We will look at the squad and where we are with it. Obviously, we’ve got a huge league game on Saturday at home to Rochdale and that obviously takes priority for us this week. We will be looking to utilise the squad.”

Below is a reminder about player eligibility for EFL clubs at any stage of the Checkatrade Trophy:

• A club can play any goalkeeper in the competition;

• The revised requirement of Rule 7.3 – '4 qualifying outfield players from 10'.

A qualifying outfield player would be:

Any player that meets the current criteria (excluding goalkeepers), includes those who:

• Have started the previous or following first team fixture.

• Are in the top 10 players at the club for starting appearances in league and domestic cup competitions for the current season.

• Have made 40 or more first team appearances in their career.

• Are on loan from either a Premier League or Category 1 academy club.

An improved second-half display was not enough to stop AFC Wimbledon from slipping out of the Checkatrade Trophy at Chelsea tonight.

In front of Wimbledon’s new manager Wally Downes, the Dons were beaten 2-1 in the last-32 of the competition. Though the Dons halved a 2-0 deficit with a goal 20 minutes from time, it was unable to spark an equaliser in front of 640 Dons supporters in the away end.

First-team coach Simon Bassey was still in charge of team matters for this game, but Wally Downes joined him on the touchline to offer his experience in the second-half, as the Dons chased an equaliser against Chelsea Under-21s.

Only three players that started the FA Cup win at FC Halifax made the starting 11 for this Checkatrade Trophy tie at Stamford Bridge with Will Nightingale, Anthony Hartigan, and Jake Jervis all retaining their places. It was a strong team for Wimbledon with all of the starting 11 having first-team experience this season, but it included plenty of youth too with Tyler Burey joining Alfie Egan, Toby Sibbick and Hartigan in the side. There was a notable inclusion up front for Wimbledon with James Hanson starting his first game for a month after injury.

Chelsea’s youngsters started the match with more attacking thrust than Wimbledon and there was an early chance for Conor Gallagher, but his shot was wide of the target. Forward Tariq Lamptey was causing plenty of problems early on and he sent over a very good cross from the right, but no one was able to get on the end of it. There was also a shot comfortably wide of Tom King’s goal by Tino Anjorin.

With the Dons having started to come into it, an opening Chelsea goal came out of the blue. It was perhaps a contentious penalty award too with referee Charlie Breakspear adjudging that Liam Trotter had brought Marc Guehi down in the area. Charlie Brown made no mistake with his cool finish from 12 yards putting Chelsea ahead in the 36th minute. Chelsea perhaps just about deserved the half-time lead.

As we progressed towards the latter stages, Wimbledon continued to press forward. Sibbick produced a lovely run down the right and sent over a fine cross, but Jake Jervis headed over the crossbar from close-range. With a few minutes of normal time left, Wordsworth was red-carded after a late challenge on Lamptey. Now with the extra man, Chelsea held on fairly comfortably by holding onto the ball and making it difficult for Wimbledon to exert pressure, as time ran out for a late fightback.

AFC Wimbledon supporters can collect tickets ordered in advance for tonight's Checkatrade Trophy tie from Stamford Bridge before the game.

We will have a member of staff inside the Match Property Store (located by the East Stand turnstiles) before the match. This will be for tickets ordered after Friday.

As we previously announced, matches at Stamford Bridge do not allow for ticket sales on the evening of the game at the turnstiles, so you must have purchased in advance for this match.

Wimbledon face Chelsea Under-21s in the Checkatrade Trophy with James Hanson primed to step-up his match fitness by featuring in tonight's game. See our previous update for more about this.

The Dons earned a place in the knockout stage of the competition as runners-up in Southern Group G, thanks to a 4-0 win against Stevenage. 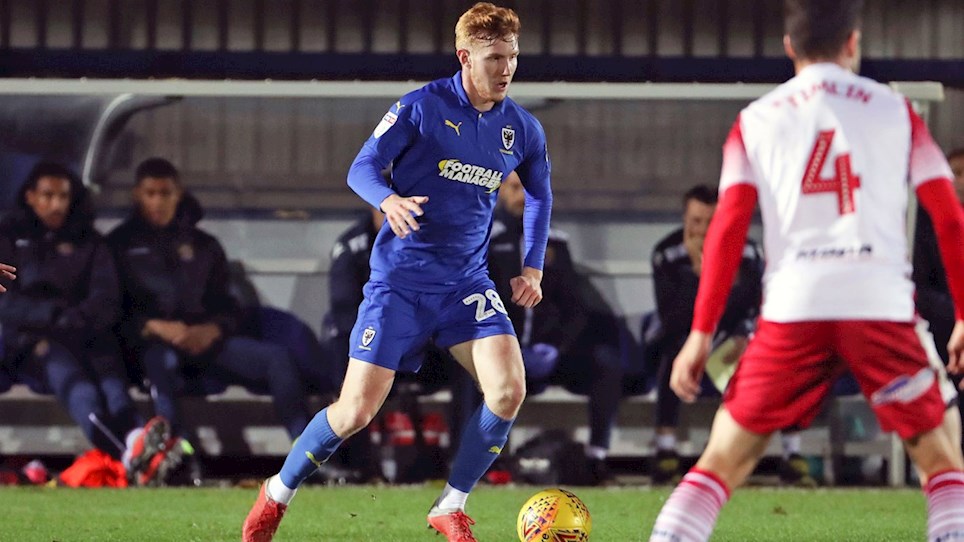 Chelsea away on Tuesday: you must buy in advance


AFC Wimbledon take on Chelsea Under-21s in the Checkatrade Trophy on Tuesday night (7.00 pm kick-off) and supporters must buy tickets in advance for this fixture. 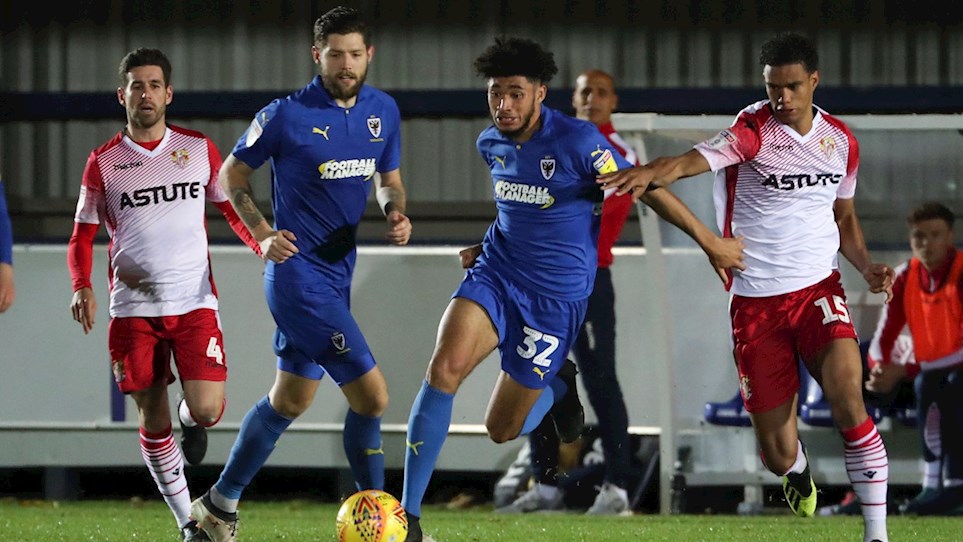 
AFC Wimbledon's last-32 Checkatrade Trophy tie is away against Chelsea Under-21s on Tuesday 4 December and tickets must be purchased in advance for this fixture (7.00 pm kick-off). 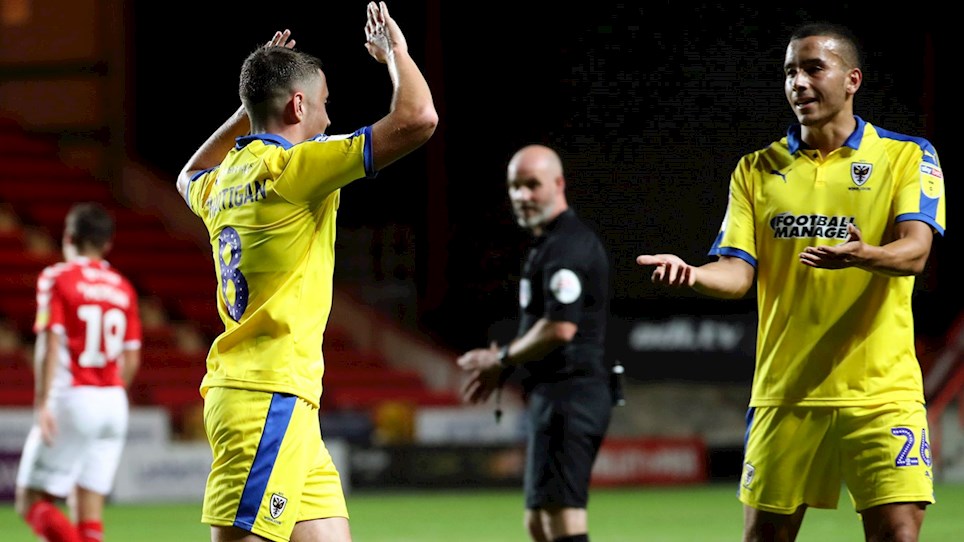 Tickets now on sale for Trophy tie at Chelsea


Tickets are now on sale for our Checkatrade Trophy game against Chelsea Under-21s at Stamford Bridge on Tuesday 4 December (kick-off 7.00 pm).