The Dons had held a 1-0 half-time lead through Michael Folivi’s first club goal, but Charlton bounced back in the second-half and eventually won it 2-1 through Vetokele’s scrambled last-gasp effort. Wimbledon had played very well in the first-half, but Charlton were a different side after the break and they just edged it in the end.

Wally Downes had said in the build-up to this match that he was reluctant to change a winning line-up after the midweek victory at Rochdale and the manager decided to make just two changes. Scott Wagstaff came back into the side in place of Shane McLoughlin, who had to settle for a place on the bench, and Paul Kalambayi was recalled in defence with Rod McDonald having suffered from illness during the week. James Hanson was deemed fit enough to make the substitutes’ bench after a lengthy lay-off.

Wimbledon came out of the blocks quickly and created a half chance inside two minutes. Michael Folivi showed good pace and movement to create space, before finding Wagstaff, who had his shot saved by Charlton keeper Dillon Phillips. At the other end, Lyle Taylor, on his return to AFC Wimbledon, had his first sniff of a chance, but he volleyed well wide and it actually went out for a throw-in. Following Wimbledon’s bright start, Charlton did start to get on the ball, but the home side maintained a good defensive shape. Mark Marshall did find space, but he shot over the crossbar.

The Dons were showing fine resilience in defence and an effective way of breaking at pace when the opportunities arose. Folivi shot into the side netting after getting on the end of a corner, but he was showing a real willingness to run in behind to test Charlton’s defence and that provided a good attacking outlet for Wimbledon. Indeed, Folivi demonstrated his sharpness in front of goal by putting Wimbledon in front through a fine poacher’s goal. Anthony Hartigan chipped a free-kick to the back post and Terell Thomas diverted it back across goal for Folivi, who got there first to steer the ball home. There was no let-up from Wimbledon after taking the lead and a lovely move followed. Pigott delivered a fantastic ball to the left for Folivi, who burst down the flank and put in a good cross for Toby Sibbick, whose shot was saved by Phillips.

Though Taylor shot over from close-range for Charlton, Wimbledon defended really well in the latter stages of the half. And Folivi had another sight of goal when he found space on the left, but his shot was charged down and the flag was up for offside anyway. The half-time whistle signalled a job well done so far from Wimbledon. It had been an impressive defensive display with moments of very good attacking play that Charlton found difficult to handle. Indeed, it was arguably Wimbledon’s best half of football in the league at home this season.

The second-half started with Charlton manager Lee Bowyer sent to the stands by the referee for dissent. Five minutes after the break came the equaliser for Charlton. Taylor was adjudged to have been fouled just outside the area by Scott Wagstaff, who received a yellow card for the challenge. Naby Sarr stepped up for Charlton and struck a sublime effort around the wall and into the net, leaving the previously untested Aaron Ramsdale with no chance.

After conceding the equaliser, Wimbledon had to show plenty of defensive steel to repel Charlton attacks. Joe Aribo did find space just outside the area, but his well-struck shot flashed just wide. Pressure from Charlton was starting to build around the hour mark. First, Ramsdale did really well to hold a shot from Marshall and then the on-loan AFC Bournemouth keeper did even better to deny Josh Cullen. Wally Downes decided to make his first change in the 63rd minute with Shane McLaughlin entering the fray for Anthony Hartigan. The Dons threatened to fashion a chance when Steve Seddon crossed superbly from the left, but Pigott was just unable to get there.

There was a significant change for Wimbledon in the 71st minute with James Hanson making a welcome return after injury, the target man replacing Folivi. The Dons had been forced deeper throughout the second-half and Ramsdale was required to make another good save to stop a shot from Jonny Williams finding the net. At the other end, Wimbledon fashioned a decent chance in the 82nd minute when Kalambayi sent through a lovely defence-splitting pass for Pigott, but he shot over the crossbar.

It was all Charlton in the latter stages and Wimbledon had to show plenty of resilience to keep the score level. Taylor did have a gilt-edged chance with three minutes left, but he headed over the crossbar from close-range. With Wimbledon defending stoutly, it looked like a creditable draw would be the outcome, but then came Charlton's last-gasp winner. The Dons switched off when a corner was played short and that proved decisive. Will Nightingale half cleared the initial cross, but the ball was played back in and though Ramsdale saved well, it bounced favourably for Vetokele, who claimed the winner.

Fans can buy tickets online until 11.00 am today. You cannot buy tickets at the Cherry Red Records Stadium for today's all-ticket London derby.

Dons fans will need to buy a ticket in advance and have a previous online purchase history, for tickets or merchandise, prior to Thursday 24 January.

Please note you will be required to log into your online account to see the Charlton game as a ticket option under the Home tab. If you have forgotten your password, you can reset it by clicking here.

If you believe you meet the above criteria and after logging into your account you still cannot see Charlton tickets as an option, then please email info@afcwimbledon.co.uk for assistance.

All tickets that were ordered before 2.30 pm on Wednesday 20 February have been posted out. All other tickets will be made available for collection from the white ticket booth next to the Dons Trust kiosk before the game this Saturday. 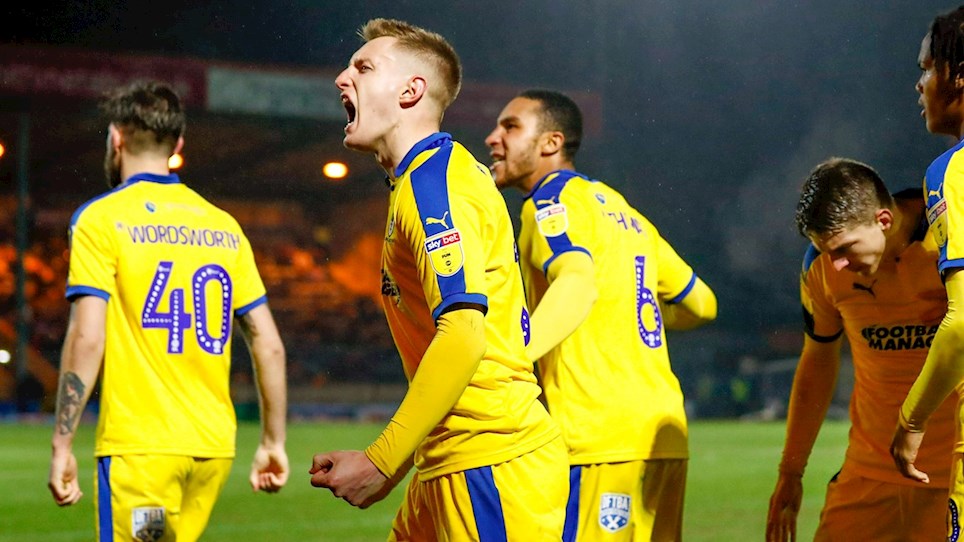 
AFC Wimbledon will on Saturday go in search of a third successive League One victory – and your support can help Wally’s boys to earn three more precious points. 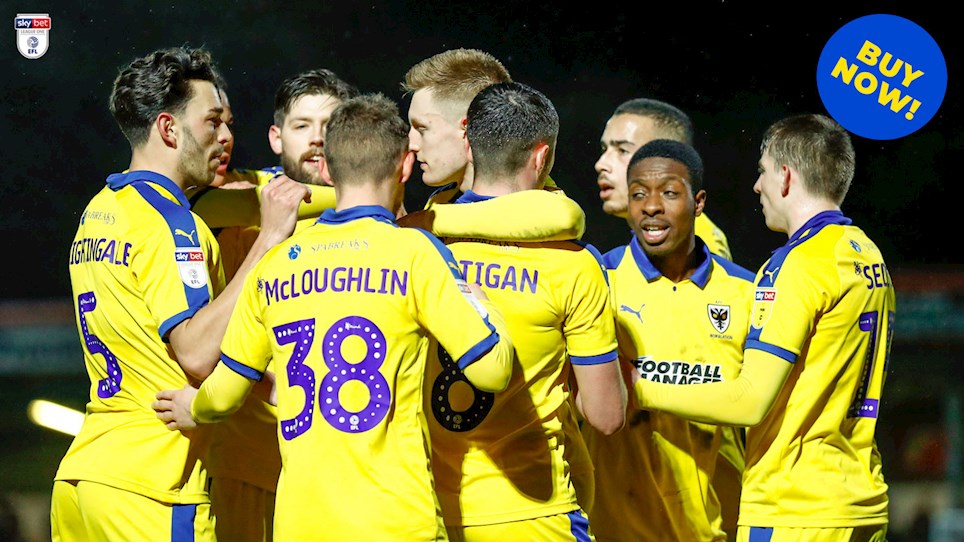 ALL-TICKET: Buy in advance for Charlton


Buy your tickets in advance for an all-ticket London derby at the Cherry Red Records Stadium this Saturday 23 February. Tickets can be bought online until 11.00 am on the day. 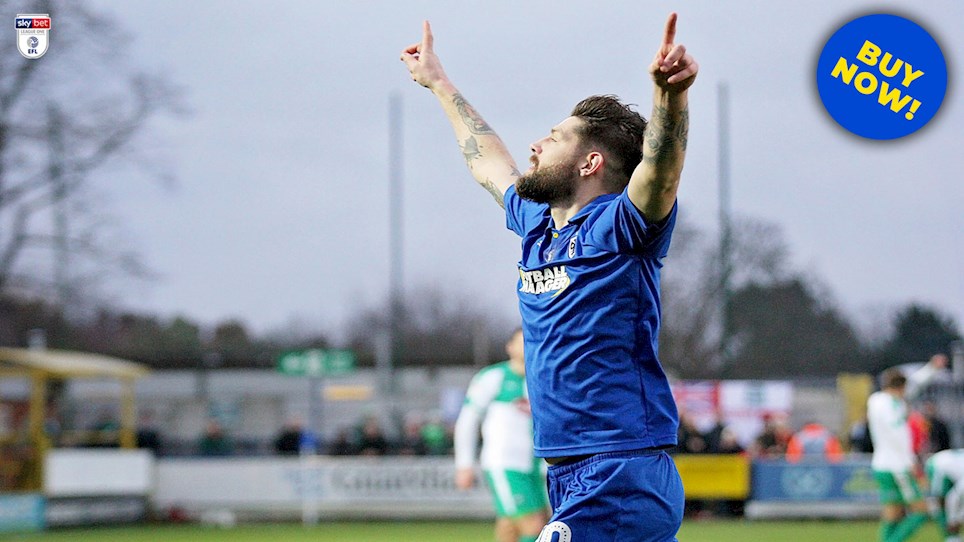 TICKETS: Buy in advance for Charlton


Buy your tickets in advance for an all-ticket London derby at the Cherry Red Records Stadium this Saturday 23 February. Tickets can be bought online until 11.00 am on the day.