Wally Downes said that Andy Barcham has not recovered in time to be in contention for the League One match at Sunderland on Saturday.

The winger has not been able to shake off the hamstring injury that kept him out of the Emirates FA Cup tie against West Ham. Forward James Hanson (groin) is progressing well, but Saturday’s game will also come too soon for his return.

Speaking during an update for iFollow, Wally said: “Barchy is struggling, he did his hamstring last week on the 3G surface that we had to train on. He hasn’t progressed as quickly as we thought. Rod has come through since Saturday and everybody is fine after that match. James Hanson has started running today. I have no complaints about the size of the squad. Steve Seddon is back in full training so he is in the squad as well.”

Egli Kaja is back in light training after shaking off the knee injury that has kept him out since he returned from a loan spell at Scottish Premiership side Livingston.

Our manager has called on his players to build on the swashbuckling cup display that put Premier League West Ham to the sword. Fifth placed Sunderland at the Stadium of Light promises to be a completely different kind of test for The Dons to come through.

“The players need to be strong enough mentally to take the performance that we gave the other night - we’ve shown them why it was good - and not be affected by the result. They’ve got to remember how we played (against West Ham) and what made us effective and have the humility to work as hard again. The players have to perform.”

The full interview with Wally is available to watch by clicking on the link to our iFollow channel above. It includes an update on Wally's search for new signings, ahead of tonight's 11.00 pm transfer deadline, and a look ahead to facing Sunderland.

A gutsy away display from Wimbledon eventually yielded no return at Sunderland today with a second-half strike from Aiden McGeady proving to be the difference between the two sides.

The Dons missed first-half chances to take the lead and McGeady’s strike in the 67th minute was enough for the promotion-chasing hosts to earn victory. Wimbledon were cheered on by 898 travelling Dons supporters in a crowd of 30,424 at The Stadium of Light. For long spells, Wimbledon had frustrated the hosts, but one lapse of concentration was punished.

Wally Downes made just one change from the side that swept aside West Ham so impressively in the Emirates FA Cup. Steve Seddon was recalled after injury at left-back with Rod McDonald having to settle for a place on the bench. Shane McLoughlin was selected as a substitute just two days after signing for Wimbledon, but fellow new recruit Michael Folivi was not on the bench, though he did travel with the squad. Sunderland had made four signings before the transfer deadline, the most notable being the £4 million capture of Will Grigg from Wigan, but only on-loan Celtic winger Lewis Morgan and Grant Leadbitter made the starting line-up.

Aiming to build on that brilliant cup win against West Ham, Wimbledon started well and fashioned an early shooting chance when Will Nightingale picked out Anthony Wordsworth and he shot just wide. At the other end, Sunderland had their first attempt at goal through George Honeyman, but his shot flashed just wide. The hosts were piling forward in search of a breakthrough, but the element of surprise almost paid off for Wimbledon shortly afterwards. A quick ball out from defence picked out Wordsworth and he tried his luck with a 45-yard effort that goalkeeper Jon McLaughlin only just managed to get back and tip over the crossbar. From the subsequent corner, the ball fell nicely for Nightingale, but he shot over.

With 10 minutes on the clock, Sunderland threatened to break the deadlock through Morgan, but he shot just wide from outside the box. As the pressure started to increase, Wimbledon needed captain Deji Oshilaja and Terell Thomas to make vital interceptions inside the box. However, it was Wimbledon creating the better chances in the first-half. Dylan Connolly was proving to be a real threat on the right when given an opportunity and he produced a lovely run that ended with a cross that fell for Kwesi Appiah, but his effort was over the crossbar. There was an even better chance just before the half hour when a corner was swung in and Nightingale showed good perseverance to earn a chance, but his header from close-range was just over the crossbar.

As the first-half wore on, Wimbledon were growing in confidence with Wordsworth and Scott Wagstaff seeing plenty of the ball in midfield. At this point, the gulf in points between the two teams was not being reflected by matters on the pitch. When Sunderland did get into the final third, good defending scuppered their goal threat and Thomas made a vital headed clearance to stop Morgan’s cross from finding a target in the box. Nightingale, retained in a midfield role, was also doing a very good job in protecting the back four.  Wimbledon fully deserved to be level at half-time and it could even have been better with chances having been missed by The Dons.

The second-half started with Wimbledon having to soak up pressure, as Sunderland started to pile forward. A quick Dons break could have yielded something at the other end though when Pinnock found space on the left and crossed well, but Appiah’s control let him down just inside the area. A sign that Sunderland were getting increasingly desperate came just before the hour when they appealed for a handball in the area by Nightingale, but his hands were down by his side and the referee was unimpressed.

Sunderland made a change just after the hour with their new signing Kazaiah Sterling sent on to offer more pace in attack. However, Tennai Watson showed good strength and pace to hold him off when he immediately threatened to go through. There was no stopping Sunderland in the 67th minute though when Aiden McGeady turned inside and unleashed a cracking drive into the top corner that left Aaron Ramsdale with no chance.

Wimbledon had struggled to fashion anything of real note so far in the second-half and Wally Downes made two substitutions in an attempt to find an equaliser. Toby Sibbick and Joe Pigott were introduced with Tennai Watson and Mitch Pinnock making way. With six minutes to go, Wimbledon had a good chance to equalise. A nice move ended with Scott Wagstaff going clean through, but his shot was well saved by McLaughlin. The Dons midfielder’s vociferous appeals after he appeared to be hauled back fell on deaf ears. Despite Wimbledon continuing to press for an equaliser, Sunderland held firm and it leaves The Dons still searching for a first league victory in 2019.

Wimbledon visit Sunderland on Saturday and online ticket sales are available until 3pm this afternoon.

Supporters travelling to the game can pick up their tickets at the Stadium of Light. Collections can be made at the ticket office. It is a separate building right next to the stadium, which is open until kick-off.

Wimbledon supporters will be accommodated in the North Stand (upper section) at Sunderland with the following prices:

Dons fans will also be able to pay on the day (for cash from turnstile 71 and card from the ticket office).

For more information about booking disabled tickets, contact the club on 020 8547 3528.

Further information on visiting the Stadium of Light can be obtained here. 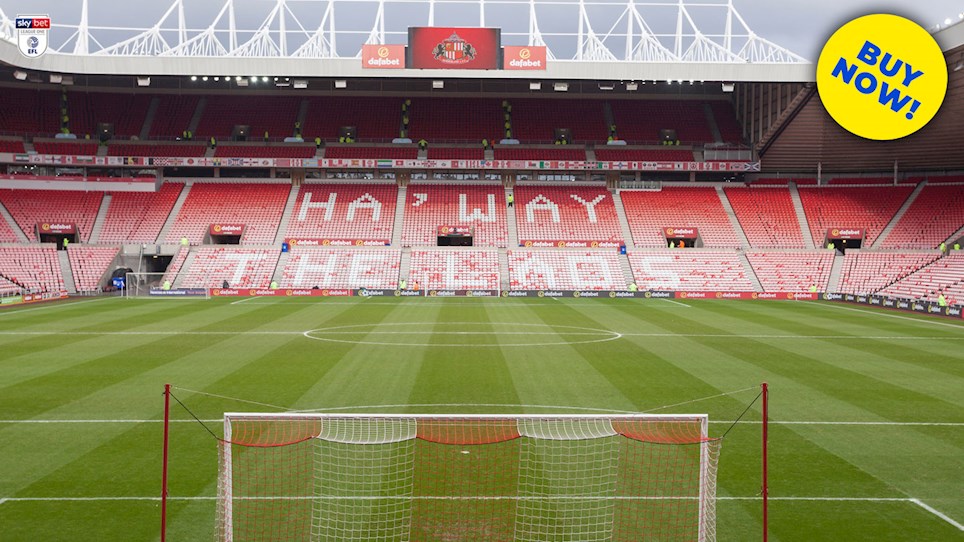 
AFC Wimbledon make the trip to Sunderland on Saturday 2 February (3.00 pm kick-off) and more tickets have been made available in advance for this match. 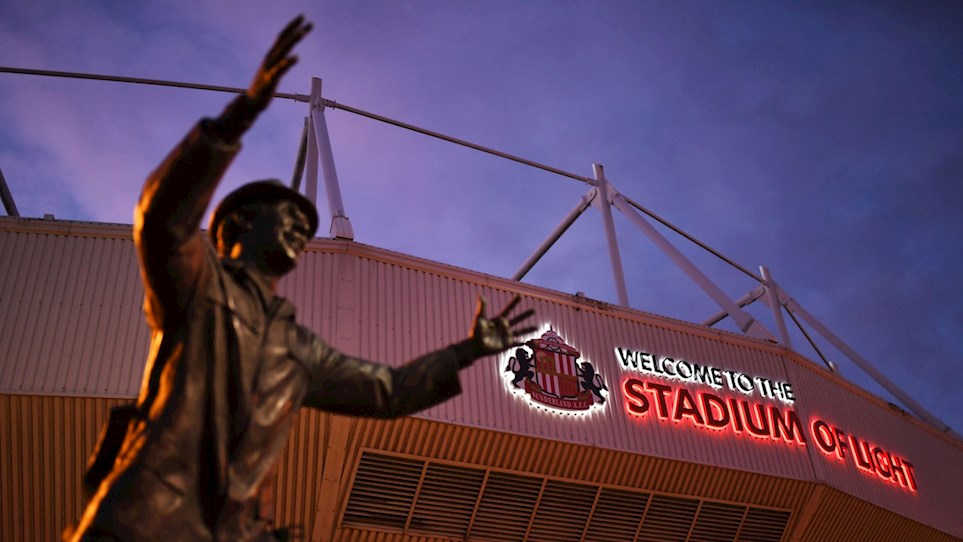 Tickets on sale for Sunderland AFC away


AFC Wimbledon make the trip to Sunderland on Saturday 2 February (3.00 pm kick-off) and tickets are now available in advance for this match.