AFC Wimbledon moved a step closer to League One safety with a hard-fought victory at Southend United today.

The manner of victory was far from pretty on a blustery day at Roots Hall, but no one in blue and yellow cared about how the 1-0 win was achieved. Joe Pigott was again Wimbledon's match-winner, capitalising on a defensive mix-up with an opportunistic goal. Our top scorer led the line superbly and when he came off near the end he was applauded by both sets of fans, Pigott having scored a goal at Wembley four years ago that helped Southend to promotion. Big credit must also go to Wimbledon's defence and keeper Aaron Ramsdale though, as The Dons made it four successive clean sheets.

Wally Downes selected an unchanged starting line-up after the late midweek win at home to Peterborough United. The only change to the squad involved a call-up for academy product Jack Rudoni, who was on the bench instead of James Hanson, the Dons striker missing out due to illness. The Dons came into this one seeking to extend an impressive league run after winning four matches out of the last six. It was the opposite scenario for Southend as they had gone nine games without a win before this match.

On a blustery day at Roots Hall, Southend had the first chance in the 10th minute when Anthony Wordsworth’s clearance was blocked and it fell nicely for Harry Bunn, but he dragged his shot wide. Wimbledon were playing against the strong wind in the first-half and the difficulties of the conditions were shown when Aaron Ramsdale’s kick came back towards his own goal, but Southend were unable to make the most of it. At the other end, Wimbledon threatened for the first time when Steve Seddon’s cross was deflected towards his own net by Harry Lennon, but Southend keeper Mark Oxley gathered it.

The hosts came closest to an opener in the 25th minute when Michael Turner got on the end of a corner and produced a fine looping header that Aaron Ramsdale did well to tip over the crossbar. In a first-half of little goalmouth action, Wordsworth’s in-swinging free-kick caused problems in the Southend box and Joe Pigott steered towards the goal, but home keeper Mark Oxley saved it. As we approached half-time, Wimbledon’s back five had defended well and Southend had struggled to fashion clear-cut openings. Sam Hart did try his luck from the left, just outside the box, but Ramsdale saved comfortably. As the half-time whistle shrilled, Wimbledon could be pleased with a good defensive display in the first-half, without creating anything at the other end.

Wimbledon were forced into a half-time change with Will Nightingale having to go off injured and that meant Tennai Watson was introduced at right-back, Toby Sibbick switching to centre-back. The Dons showed more attacking ambition at the start of the second-half. Scott Wagstaff sent over a great cross from the left that fell nicely for Michael Folivi, but his goal-bound shot was blocked. Playing towards the Dons travelling support in the second-half, Wimbledon had several corners, but no chances followed from any of them.

Southend had a great opportunity just before the hour when Stephen McLauglin marched through on goal, but Toby Sibbick got back well to block and Terell Thomas completed the job by clearing off the line before Simon Cox could get there. The Dons had continued to defend resiliently during the second-half and the all-important opening goal came out of nothing in the 67th minute. A routine ball forward caused panic in the Southend defence with Turner deciding to leave it to Oxley, but the Southend keeper was slow off his line and Pigott took full advantage. The Wimbledon striker won a race for the ball and flicked it around Oxley, before finishing sharply from an acute angle.

The hosts had a decent chance immediately after the goal when substitute Charlie Kelman went through, but his shot was too close to Ramsdale. However, with Dylan Connolly entering the fray for Michael Folivi, Wimbledon looked dangerous on the break. Connolly had a half chance after latching onto a flick from Pigott, but he shot wide of the near post. However, one goal proved to be enough for The Dons.

Wimbledon stayed strong during the latter stages, and Southend were unable to really threaten, so it turned out to be another fine away day for The Dons. A third successive win was acheived with the minumim of fuss and now Wally's boys have real momentum in pursuit of League One survival.

Ticket details for our away trip to Southend-on-Sea this Saturday 16 March.

Tickets for the Dons visit to Roots Hall will cost more on the day, so we advise fans to buy in advance if they can. Please note it will be cash only on the day.

We will be situated in the North Stand and prices are as follows:

*Please note there is an adult/senior concession price for disabled supporters, all other disabled supporters pay the age relevant price with complimentary carer if required. Please contact the AFC Wimbledon ticket office directly to purchase these tickets +44 (0)20 8547 3528 (09:30 - 17.00 Monday to Friday)

Come on you Dons! 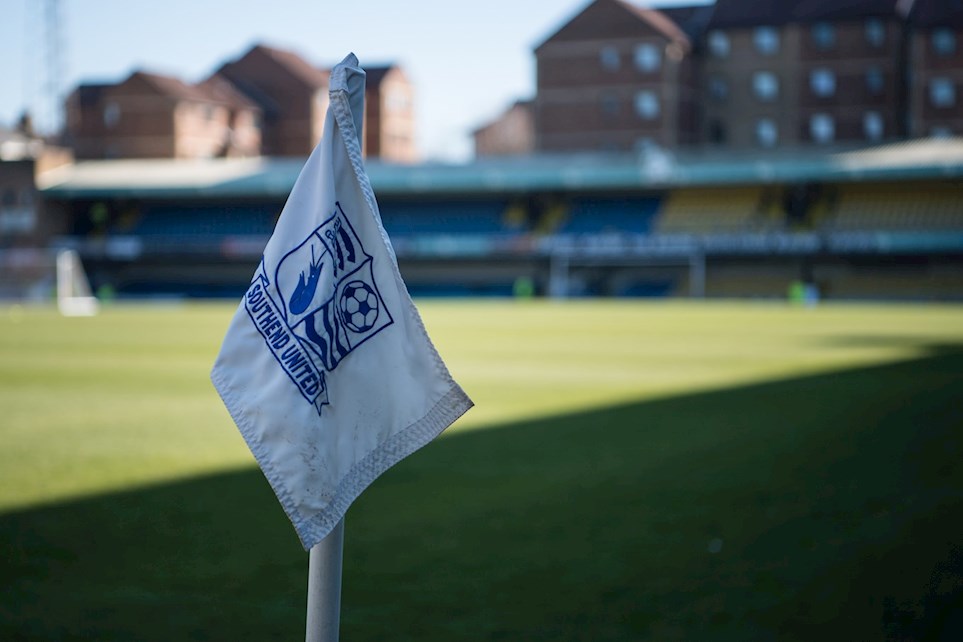 
Ticket details for our away trip to Southend-on-Sea on Saturday 16 March.