Will Nightingale has good memories of taking on Peterborough United in the past and he’s determined to produce his best for Wimbledon in the pursuit of points.

The towering defender produced a commanding performance at the back two years ago to help the Dons to all three points at the ABAX Stadium.

“I always prefer to play against the teams at the top of the table, I think I’ve always been like that. I think sometimes when you play against the teams lower down there can be sometimes a bit of complacency or maybe it’s a bit of a banana skin, but with this game away at Peterborough we’ve got nothing to lose really. We should be going there high on confidence after the win. We should have relieved a lot of stress after going without a win for so long. I think we are in a good place for it. We will go there and give it our all. Hopefully, we will have a lot of fans behind us and we will try to give them something back.”

Our home-grown defender is eager to keep developing at Wimbledon and he’s praised the impact of Steven Reid, who attended the same school as him, albeit at different times!

“The focus shouldn’t change, you should always know what you are here to do,” added Will. “We are here for a reason and that’s to bring the club as far forward as we can. I think Bass has come in and he’s been brilliant with all the boys. Obviously, we speak in the changing room and they all say how well he has done since making that transition. ‘Reidy’ has brought in some good stuff to the training field. I like some of the things he’s brought to the training field, simple stuff, but it seems to be giving us confidence to play. Steven is another local lad who went to my school (Richard Challoner, New Malden). We remember some of the same teachers that overlapped a little bit!

“This club is always evolving, it’s always looking to get to the next step in every department. I’ve loved my time here, ever since I joined as a kid, I live just down the road and I’m a local lad. My Mum and Dad love the club. The boys give me a bit of stick about them sometimes, just about how much they love it! This club means a lot to me, but we just have to kick-on now.

“This season it’s been a bit up and down for me. I started the first six league games and we got off to a good start really. We had good results in the first three games and in the next few we were unlucky. Then I had to pull myself out due to a neck injury. I don’t mind playing through pain, but it was affecting my performances, so I had to pull out. I thought I’d only miss a game or two, but I ended up missing six or seven, so I had to be patient. I had to work hard and knuckle down.

“I’ve managed to get back in the side, but we hit bad form, as we all know. It’s massive that we got the win against Southend, so I think we all have to start looking up now. I want to try to get back to playing at my best. I always try to give 100 per cent. Sometimes maybe I’ve got to not care as much. Maybe nerves can come into things because I want the win and I want the club to do well so badly. I’m going to try my hardest to get back to playing my best.”

The full interview with Will is available to watch on our iFollow channel.

An excellent strike from Marcus Maddison was required to defeat AFC Wimbledon at the ABAX Stadium tonight.

The Dons had defended valiantly for long spells at Peterborough, but the hosts edged it 1-0 with an impressive strike from Maddison in the 60th minute, though he was allowed too much time to pick his spot. Wimbledon did show fight and threatened an equaliser, but one was just enough for promotion-chasers Peterborough.

Simon Bassey made two changes to his starting line-up after the victory against Southend United with Andy Barcham and Joe Pigott replacing Scott Wagstaff and Kwesi Appiah. Wimbledon were aiming to extend a good recent record at the ABAX Stadium with a win and a draw from the last two visits, though there had been an exit from the EFL Cup before that.

The Dons were put under pressure from the outset and there was a very good chance for Peterborough inside two minutes. Marcus Maddison found space down the Peterborough left and his cross found the in-form Ivan Toney, but he blazed over the crossbar from close-range. There was another opportunity for Toney, this time from a free-kick 20 yards out after 11 minutes, but he also struck his effort over the crossbar.

As we approached the 20-minute mark, Wimbledon had struggled to get going as an attacking force and there was relief for the visitors when Matt Godden volleyed home, but the flag was up for offside. The Dons started to show signs of attacking threat by the midway point of the first-half. An impressive move involving Mitch Pinnock and Anthony Wordsworth ended with Ben Purrington picking out Joe Pigott at the far post, but it was an acute angle and he struck high and wide. That was a rare Dons chance though in the first-half and Joe McDonnell was called into action at the other end when he got down well to save a deflected effort from Alex Woodyard. Ryan Tafazolli had a good chance from the subsequent corner, but he headed wide.

With 36 minutes on the clock, Wimbledon had a good chance to break the deadlock. Mitch Pinnock turned inside and sent over a cross that was deflected into the path of Liam Trotter, but his flick was wide of the target. The Dons midfielder didn’t realise that he perhaps had more time on his side to take the ball under control and it was always going to be difficult to divert it towards goal with his first touch. At the other end, superb last-ditch defending from Rod McDonald stopped Godden from going clean through. However, Godden did have a very good chance just before the break after a defensive lapse allowed him an opportunity to mark through on goal, but McDonnell reacted well to save.

Wimbledon were caught napping just seconds into the second-half when a quick move ended with a chance for Godden, but McDonnell reacted well to save his shot once again. There was an even better chance for Peterborough in the 52nd minute when Colin Daniel’s cross from the left picked out Godden in the area, but he blazed over the crossbar. There was no reprieve for Wimbledon with an hour gone when Maddison opened the scoring in style. Though Wimbledon’s players allowed Maddison too much time to cut inside, it was a superb finish from outside the area and it left McDonnell with no chance.

At this stage, Wimbledon had to hang in there with Peterborough pressing for a second, but the Dons did keep it at 1-0 and the chances followed. McDonald fired over the crossbar after a corner was only half cleared and there was another good opportunity shortly afterwards when Pinnock’s cross found Trotter in the box, but he headed over. In a spirited Wimbledon response to going behind, Pigott had a really good chance and he did well to round Peterborough keeper Aaron Chapman, but Ryan Tafazolli got back well to clear off the line. By the 73rd minute Wimbledon had utilised all the three permitted substitutes with Kwesi Appiah entering the fray for Liam Trotter. Anthony Hartigan and Jake Jervis had earlier been introduced for Anthony Wordsworth and Andy Barcham.

With 11 minutes to play, Peterborough almost clinched it when Godden got on the end of a cross, but his effort struck the near post and rebounded to safety. At the other end, Jervis shot well over the crossbar after getting on the end of a half-cleared corner. Though Wimbledon piled on the pressure in pursuit of a late equaliser, clear-cut chances proved elusive and Peterborough held on for a slender victory.

AFC Wimbledon's next League One away game is at Peterborough United on Tuesday 27 November and places are available on the supporters' coach for this match.

The Dons will be aiming to finish a difficult month on a high by upsetting promotion-chasers Peterborough and your support will be much appreciated at the ABAX Stadium.

Tickets can be purchased in advance from our online ticket shop for this match, but they can also be purchased on the day. See our previous article for ticket prices. 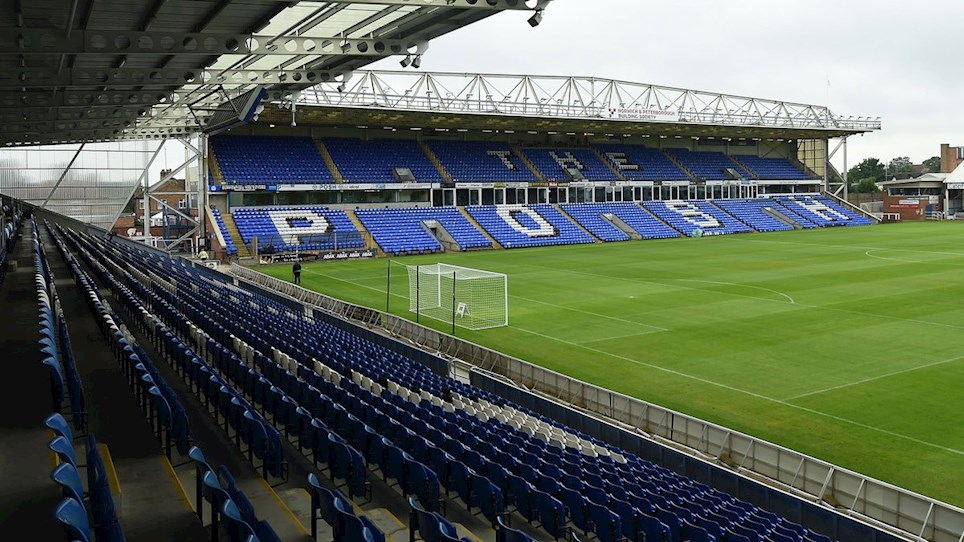 
AFC Wimbledon face a tough challenge at League One promotion contenders Peterborough United on Tuesday 27 November and tickets are available in advance for this match.