Simon Bassey has urged Wimbledon’s players to be mentally strong in front of a packed crowd at the Memorial Stadium tonight.

Bristol Rovers edged above the Dons in League One on Saturday with a 0-0 draw at home to Oxford United, a match played in front of 8,500 supporters, and Wimbledon will be aiming to frustrate a vocal home support once again.

Just goal difference separates the two sides heading into tonight’s match and the Dons tonight bid to replicate a particularly happy memory from last season – a 3-1 victory at the Memorial Stadium.

Below are quotes from both camps, plus stats, and a recap of previous matches:

“Mental toughness, whether you are top of the league or bottom of the league, is important. Just to play the game and not worry about outside stuff is important. We’ve touched upon it with the lads again, the stuff that you need to do to be in games. At any level, the first goal is important and I think in this league in 75 per cent of the games if you concede the first goal you don’t win the game.  We’ve conceded too many first goals. With our three wins this season, we scored first and that was the case last season also.  We need to do that better. We need to focus more. We need to be harder to score against, so that we can build ourselves into games and I’m sure with what we’ve got we will create a chance or two.

“Against Portsmouth we conceded a set-piece and on Saturday we conceded another one, which meant we were chasing the game. We know the importance of going there, keeping things tight, and doing all the stuff that’s needed as a base for a good away performance. It’s a big club Bristol Rovers, they’ve had a lot of success down the years, and Darrell Clarke has done a great job there. You have tough times and it’s about getting through those tough times. We know that if we can go there and keep it tight, it’s eight and a half thousand people not really happy at the moment, and it’s our job to make them even more unhappy.

“Three-game weeks are good, it’s a chance to get some points, but we obviously didn’t get any on Saturday. We haven’t scored enough goals in the last few games, that’s for sure, but we’ve had the intent to score, which has been a lot better in the last few weeks. Giving away the first goal at this level is huge and we’ve done that too often recently. It’s something we are looking to eradicate going into the away game at Bristol Rovers.

“Whether it’s new methods or just emphasising the mentality and the importance of it, that’s all we can do. We’ve been out on the training pitch and we’ve spoken to the boys to go through stuff, including some organisation, and looking at our focus and mentality, as we look to improve. We have to stop making those same mistakes.

“Neal’s teams are always quite robust, quite physical and direct. They keep the pitch quite narrow, without the ball. We know all about them, we’ve played against them loads in the last three or four seasons. The personnel has changed, but I think the style and how he plays hasn’t changed a lot. We know what we are going to get here, so we have to pick a team to try and counteract that and hopefully try to be as fluid going forward as in the second-half on Saturday.

“We have a certain way of playing, our DNA is playing fluid, attacking football. I think if your forward players are playing well, the team is playing well, and that’s what happened in the second-half on Saturday. It was positive as our forward players looked like doing something in the game. It’s a case of trying to do that on Tuesday with whatever formation we go with.

“Sometimes you put a team out against another team and off the back of that, you hope it works, and it didn’t in the first-half (on Saturday). We had to change it and the changes worked, which was good. Let’s take that second-half performance into the game against Wimbledon. We don’t know the team yet, but it was a good performance, that’s for sure, and our forward-thinking players can take a bit of confidence from that.

“We are doing well at one end of the pitch, keeping clean sheets, and the team is doing a great job when we are out of possession. If you play well generally, you get your wins, so it’s everyone’s responsibility to get goals. As strikers, if you are not scoring, you like to think others will get you out of trouble and get goals to take the pressure off you, but when there’s no one else scoring around you the pressure is solely on you. As a striker you have to deal with it and that’s why strikers all over the world get paid the most money because they are match-winners.”

On 23 October 2012, Neal Ardley secured his first victory as AFC Wimbledon manager by guiding the Dons to a win against Bristol Rovers. Wimbledon triumphed 3-1 at the Cherry Red Records Stadium, thanks to a Garry Kenneth own goal, and goals from Rashid Yussuff and Will Antwi.

Joe Pigott headed home a last-gasp winner in the most recent meeting between these two sides, a goal that proved important in Wimbledon’s battle to beat the drop. The Dons earned a memorable away victory at the Memorial Ground last season with goals from Andy Barcham, Harry Forrester, and Cody McDonald earning a 3-1 win. Click on the link below to watch the highlights.

This is not an all-ticket match and Dons supporters can pay on the night (cash only). Prices for tickets are below:

Dons fans will be accommodated in the seated South Stand (enter via turnstiles 24-26) and in the East Stand terrace.

We will be running a supporters' coach for the match at Bristol Rovers on Tuesday night.

Coach travel will cost £25 and it will leave from South Wimbledon tube station at 2.30pm and from the Cherry Red Records stadium at 3.00pm.

There are still places available on the coach and you can reserve a place by contacting the club on 020 8547 3528 or email info@afcwimbledon.co.uk.

It will be possible to book a return only ticket if you are travelling up by other means before the game.

See our previous announcement for information about tickets for the Bristol Rovers game. 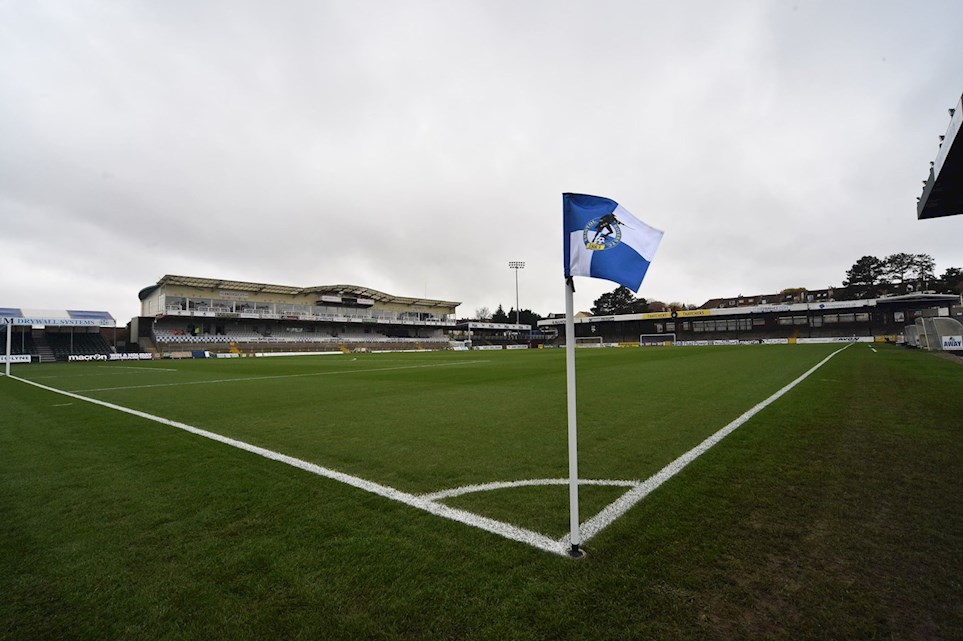 
Wimbledon face a trip to Bristol Rovers on Tuesday 23 October.