Neal Ardley expects a tough challenge from Barry Fuller's Gillingham on Saturday, but the manager is encouraged that his side hit the goal trail in midweek.

AFC Wimbledon will come up against the club's former captain for the first time since he left in the summer and the manager rates Barry as one of the best signings he has made during his six-year reign.

However, the primary focus for Wimbledon will be on getting back to winning ways at Priestfield Stadium.

Below are quotes from both managers, plus stats, and other information:

"We always work on keeping clean sheets and defending well as a team from the front. Sometimes the Checkatrade games can become a bit more expansive, the fear of losing is less. Certainly, the last half an hour of the game became real end to end. It was probably quite tiring, but I'm pleased about the chances we created and the fact we scored two goals. I feel as a team that we can defend, we just want to get some momentum in our goalscoring as well, with the whole team doing that.

"Last season Gillingham really needed something to happen at the point when Steve Lovell took over. He freshened the whole place up and did a wonderful job. This season they've had some tough games, but they've started well. From their point of view, they will see this as a winnable game.

"It will be great to see Baz again. I had many good years with him here and he was an unbelievable servant to me. I will be very pleased to be taking him on. I'm glad he's still playing at this level and I'm sure he's more than capable of doing it. Someone asked me at the end of last season about my best signings and Baz, pound for pound, is up there. He spent a lot of time with me, he was very rarely injured, and his performance levels were always consistent.

"It's sad not to be working with him anymore, but unfortunately things move on. I'm really happy that he's doing well. He is a wonderful guy with a great family and I'm looking forward to seeing them. I've nothing but good things to say about Baz, but hopefully he won't have a good game on Saturday!"

"I have always said it is performances that count, but obviously performances have to end in results, so now we have to start turning performances into results. We haven't had the rub of the green. In the last four games, we have been in all of the games apart from Coventry at home, when we got a point, all the others we have been in the game and got nothing out of it.

"There is a good spirit in the camp and the boys are enjoying their football, we just need to get a result, it has to come, it has to come Saturday and we want it to come, obviously. Results don't lie.

"We have had a very tough league start, we started well and lost a couple of games against some of the better sides in the league and now we are coming up against the sides around us in the league.

"We have got to start picking up points and hopefully we will start Saturday but it is going to be tough. Wimbledon are a good side, well organised and it's like a local derby. There will be a good atmosphere, a good crowd and I am looking forward to it."

Neal Ardley reported that there are no fresh injury concerns for Wimbledon after the midweek Checkatrade Trophy group match at Charlton. Gillingham could have midfielder Mark Byrne available again following a hamstring problem. Captain Gabriel Zakuani, though, remains a doubt as the defender has been carrying a shoulder injury which saw him rested from the midweek Checkatrade Trophy 4-0 defeat at Portsmouth.

A late equaliser from Harry Forrester earned a point for Wimbledon with Lyle Taylor striking the other goal for the Dons from the penalty spot. With several memorable clashes at Priestfield Stadium in the past, we've put together a video selection of some of the key moments. Click on the link below to watch it.

Wimbledon supporters will be able to buy on the day for this match.

Tickets ordered online after midday on Wednesday 5 September can be collected from Priestfield Stadium before the game (away turnstiles 20-21).

Please note that Wimbledon supporters will be accommodated in the seated Brian Moore Stand, a section of the ground that is uncovered.

It will be possible for domestic subscribers and those abroad to watch this match on TV with the game screened live on iFollow. See our previous article on this for more information. 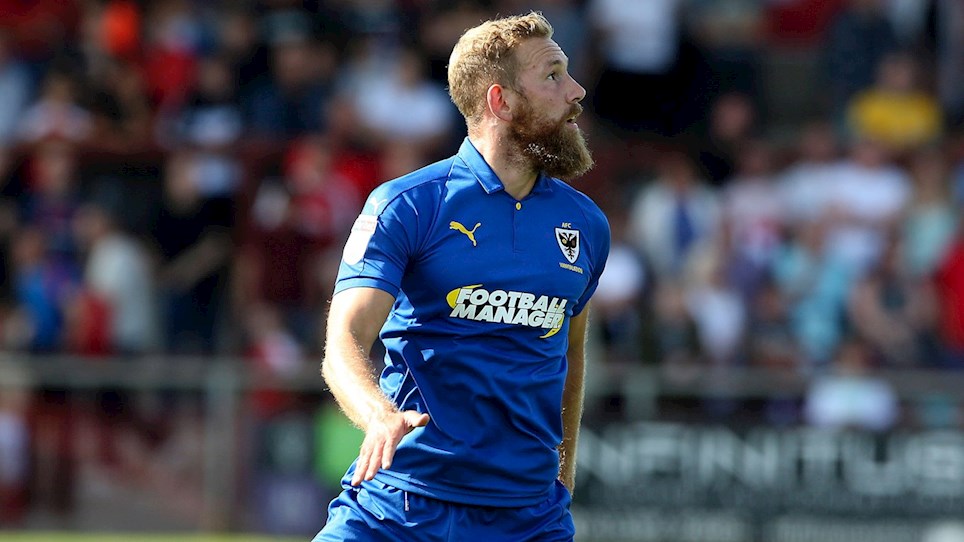 Watch the Dons live on iFollow this Saturday

AFC Wimbledon will on Saturday be seeking a second away league win of 2018/19 and more of your great support can help Neal's boys achieve that objective at Gillingham.

The team have traditionally received excellent support at Priestfield Stadium and more of the same will be appreciated at tomorrow's game.

Wimbledon supporters will be able to buy on the day for this match at the Medway Priestfield Stadium.

Tickets ordered online after midday on Wednesday 5 September can be collected from Priestfield Stadium before the game (away turnstiles 20-21).

Please note that Wimbledon supporters will be accommodated in the seated Brian Moore Stand, a section of the ground that is uncovered.

Tickets for disabled supporters are available at the prices listed above with carers admitted free of charge, as long as they are in receipt of the higher rate of DLA or enhanced level of PIP. Contact Gillingham's Disability Liaison Officer, Ben Reeves, on 01934 350294, in advance for details. 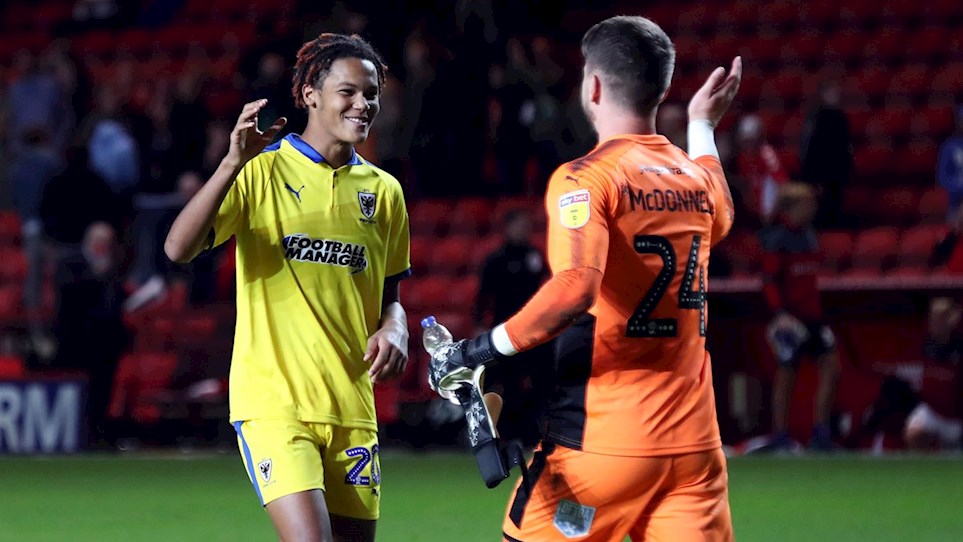 Gillingham away: tickets and travel