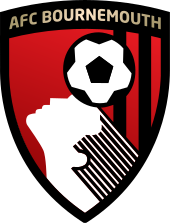 Well-taken penalties from Michael Folivi and Joe Pigott put Wimbledon on level terms after a 2-0 half-time deficit, but a 78th minute goal from Ryan Fraser earned a 3-2 win for Bournemouth.

Overall, it was a highly encouraging display from Wimbledon in the build-up to the 2019/20 season. In particular, slick passing from the Dons caught the eye and strike pair Folivi and Pigott continue to look like the real deal up front, showing superb movement and signs of forming a productive partnership.

The Dons faced a very strong AFC Bournemouth side for this pre-season encounter in La Manga with England internationals Callum Wilson and Dominic Solanke leading the Cherries attack. Former Dons loanee Aaron Ramsdale was given the nod to face the club where he became a favourite last season, the man christened ‘Rambo’ having memorably helped us to League One survival. Wimbledon selected a young midfield with 17-year-old Jack Rudoni joined in the centre of the park by 19-year-old Anthony Hartigan. The Dons relied on Rod McDonald for experience at the back as he was partnered in the centre by Terell Thomas with young full-backs Kyron Stabana and Nesta Guinness-Walker on the flanks.

Bournemouth dominated possession early on, putting together slick passing moves in the style we had come to expect from a team managed by Eddie Howe. However, Wimbledon had the first hint of a chance in the fourth minute when Dylan Connolly beat his marker and crossed to the far post, but Adam Roscrow was just unable to direct his header towards goal. At the other end, Wilson rounded Nik Tzanev, but he shot into the side netting. As we approached 10 minutes in, Wimbledon put together several fine moves with young midfielders Anthony Hartigan and Jack Rudoni getting on the ball in the centre of the park. Nesta Guinness-Walker showed lovely skill to get down the left flank on one occasion, but his cross was cut out.

Just when Wimbledon were starting to enjoy getting on the ball and making Bournemouth work for it, the Premier League side broke quickly to open the scoring. The Dons were caught out by a lovely ball in behind by David Brooks and Callum Wilson rounded Tzanev and this time had a much easier task to score. It was always going to be a tough task for Wimbledon after conceding so early, the opener coming in the 15th minute. Dominic Solanke, a £20 million buy from Liverpool, tried his luck with a shot that Tzanev did well to gather, but the Wimbledon goalkeeper was left with no chance shortly afterwards. Wilson, who got in behind again, curled a shot superbly into the top corner and it was 2-0 to Bournemouth in the 24th minute.

With half an hour gone, Wimbledon had managed to avoid it becoming one-way traffic by passing it well, but creating opportunities in attack was proving to be difficult. Wilson almost notched his hat-trick in the 34th when he got on the end of a cross by Lloyd Kelly, but he was unable to direct his finish on target. As we approached half-time, Wimbledon had steadied the ship by working some good passing moves. Terell Thomas caught the eye with his ability to bring the ball out of defence and 17-year-old Jack Rudoni showed his quality on the ball in midfield. He demonstrated good vision and precision with his passing to pick out Connolly in space on the right, but his cross was well gathered by Ramsdale. Though Wimbledon had managed to get a decent foothold of possession, chances had proven tough to come by and the score remained 2-0 at the half-time whistle.

Wimbledon made nine changes at the break with only Terell Thomas and Nesta Guinness-Walker remaining on the pitch from the first-half. A quick-fire Wimbledon start to the second-half earned a goal back within two minutes, thanks to Michael Folivi. The on-loan Watford striker, who has made a very encouraging start since re-signing for Wimbledon, pressed Dan Gosling into a foul inside the area and he picked himself up to confidently convert from 12 yards. Another chance followed from the penalty spot after Jack Stacey was adjudged to have handballed in the box. This time Joe Pigott stepped up and made no mistake to make it 2-2. Experienced keeper Asmir Begovic had been beaten twice in the space of eight minutes after replacing Ramsdale.

Though Bournemouth had their moments early in the second-half with Ryan Fraser shooting just wide after a fine move and Gosling denied by Nathan Trott, Wimbledon were really warming to the task. Wagstaff set-up fellow substitute Anthony Wordsworth and he struck a powerful effort that was unfortunately straight at Begovic. Then an even better Wimbledon move followed and one that certainly offered plenty of promise for the coming season. Wordsworth and Folivi combined to set-up Pigott and his shot skimmed off a post with Begovic beaten.

Despite Wimbledon’s impressive second-half, Bournemouth showed their class by taking the lead through a well-worked move. Nathan Ake sent through a lovely ball that Fraser got on the end of and he finished well. Still that didn’t signal a Bournemouth rally as Wimbledon continued to press for another goal. More lovely play by Folivi down the left ended with a cross that fell nicely for Wordsworth, but his shot was blocked. Then Pigott was denied by Begovic after fine play by Luke O’Neill. A recent signing from Gillingham, O’Neill demonstrated evidence of his expertise from free-kicks with a lovely delivery to pick out Pigott, but his header flashed wide. Despite failing to strike a late equaliser, it was a very promising display from Wimbledon against a top-flight side and certainly a performance to build on.