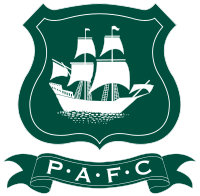 AFC Wimbledon failed to make the most of superior possession and chances today, as Wally’s boys concluded the trip to La Manga with a defeat against Plymouth Argyle.

The Dons suffered a 2-0 loss at the hands of Argyle with the League 2 side scoring fine first-half goals through Danny Mayor and Joel Grant. Wimbledon will head back to England tomorrow with the bulk of pre-season now completed and only matches against Met Police, Hampton & Richmond, and Crystal Palace to come before the real action starts on Saturday 3 August.

Wally Downes selected a strong side for the second match in La Manga as Wimbledon sought to build on that encouraging display against Premier League club AFC Bournemouth last time out. Of course, Wimbledon were up against a Plymouth side that were narrowly relegated to League 2 at the end of last season due to our 0-0 draw at Bradford, but former Bury manager Ryan Lowe has since taken over the reins and he’s aiming to breathe new life into the Pilgrims.

Plymouth had the first chance in the fourth minute through Joel Grant, but his header was just over the crossbar after he got on the end of a cross by Callum McFadzean. However, Wimbledon gradually came into it by establishing good possession and The Dons came so close to an opener in the 17th minute. Shane McLoughlin sent over a fine cross that picked out Adam Roscrow and his header bounced off a post. That signalled a very good spell for Wimbledon before the half hour mark with Plymouth forced back towards their own goal and perhaps fortunate to stay on level terms. Luke O’Neill's free-kick forced a good save from Mike Cooper, who also denied Joe Pigott the opener.

The Dons certainly had the better of it in the first half an hour and Paul Kalambayi’s header was also saved by Cooper. With Wimbledon dominating possession, a Plymouth opener came against the run of play. Danny Mayor, who had been a thorn in Wimbledon’s side in the past for Bury, scored a fine individual effort, his superb strike finding the top corner to leave Nathan Trott with no chance. The opener came in the 33rd minute and it was 2-0 seven minutes later through Joel Grant. This time Mayor turned provider, sending through a lovely ball in behind that picked out Grant, who finished smartly. On the balance of play, the score-line was harsh on Wimbledon, but Plymouth had taken their chances in clinical fashion.

Wally Downes made nine changes at half-time with only Rod McDonald and the trialist remaining on the pitch for the second-half. There was therefore a change in formation with The Dons switching from a 3-5-2 to a 4-3-3. Wimbledon started the second-half strongly with substitute Michael Folivi causing problems. The young striker almost got on the end of a cross, but Plymouth defender Niall Canavan did very well to get there first. Gary Sawyer also showed good defensive skills to stop Kwesi Appiah going through on goal. However, Plymouth came close through Alex Fletcher, who shot just wide and Grant struck over the crossbar, before departing the action.

Wimbledon had the ball in the back of the net through Dylan Connolly, who finished well after a fine pass by Anthony Hartigan, but it was ruled out for offside. Seventeen-year-old midfielder Jack Rudoni was given more first-team game-time for the last 30 minutes as he replaced the trialist and he helped Wimbledon to continue dominating possession. However, the clinical edge continued to elude Wimbledon. Mitch Pinnock did come close to halving the deficit with a fine 25-yard drive that flashed just wide and Appiah was denied by replacement Plymouth keeper Alex Palmer. At the other end, Nik Tzanev made a fine save to stop Plymouth registering a third. There was to be no late consolation for Wimbledon, as Plymouth held firm.

The Dons will leave Spain on the back of two encouraging pre-season performances, without the results to match, and Wally’s boys will be aiming to change that on Tuesday night in their first game back on these shores against Metropolitan Police at Imber Court (7.45 pm kick-off).