Armand Gnanduillet netted twice in the second-half as Wimbledon slipped to a two-goal defeat at Blackpool.

Simon Grayson’s play-off chasing side kept up the hosts impressive record over Wimbledon, on an afternoon when Gnanduillet added to his career tally against The Dons.

Glyn Hodges was able to welcome back Ryan Delaney in defence, Max Sanders in midfield and EFL Young Player of the Month Marcus Forss up front. Paul Kalambayi served a suspension, with Anthony Hartigan and Kwesi Appiah on the substitute’s bench.

After some decent early possession by the Dons, former Crystal Palace youngster Sullay KaiKai tested Nathan Trott with an effort that shook the crossbar in the seventh minute. Gnanduillet looked a threat for the hosts early on, but The Dons ventured forward again with a cross into the box six minutes later from Mitch Pinnock (pictured).

As Wimbledon came under more pressure though, young left-back Paul Osew did well to get back and help snuff out another chance for Kaikai. Trott got down and made a save from Matty Virtue around the halfway mark of the first-half. Luke O’Neill was shown the yellow card before the half hour mark.

Having soaked up the pressure, Osew broke from the left-hand side and earned a free-kick after the foul committed by Liam Feeney. Max Sanders delivery was punched clear by Jak Alnwick ten minutes before half-time, With seven minutes remaining, captain Scott Wagstaff provided a cross that was just beyond Forss. Terell Thomas then advanced into the penalty area and forced a low save out of Alnwick.

Four minutes before half-time, Joe Pigott became the second Wimbledon player to go into the referee’s book when he was shown the yellow card. Blackpool’s Jay Spearing escaped with a warning. Blackpool had the majority of possession and chances, but Wimbledon went in at half-time on level terms.

The Dons made a bright opening to the second-half as they earned an early corner. It was short-lived though, as Gnanduillet benefitted from the through ball and opened the scoring at Trott’s near post in the 51st minute.

Six minutes later there were appeals for a penalty for a push on Forss in the area, but the referee was unmoved. Just after the hour mark, Wimbledon made a double substitution with Anthony Hartigan and Callum Reilly coming on for Shane McLoughlin and Max Sanders.

Wimbledon became restricted to their half and chances became increasingly hard to come by. Spearing continued to somehow stay on the right side of the referee and avoid a yellow card, much to the frustration of the 301 Wimbledon fans inside Bloomfield Road.

With twelve minutes remaining, Wimbledon added Kwesi Appiah to Forss and Pigott up top at the expense of Pinnock. However, it was Blackpool who found the decisive second goal of the game, as Feeney’s ball into the area was finished by Gnanduillet at close range.

Poor defending had cost The Dons again, while at the other end Alnwick wasn’t troubled until time added on in the second period when Forss' shot on target resulted in a corner. Trott did well to deny Blackpool a third with a minute remaining.

AFC Wimbledon are back on the road again this Saturday with a League One match at Blackpool and this match is not all-ticket.

Dons fans can pay on the day (cash only at the turnstiles). Tickets can still be purchased in advance (up until 3.00 pm on Friday) and the can be collected pre-match from the Tangerine ticket booth outside main reception.

Four wheelchair bays are available for visiting supporters. For both wheelchair users and ambulant disabled supporters, admission is charged at the appropriate age rate, with a registered carer admitted free of charge. Contact the club on 020 8547 3528 for more information.

On-site parking at Bloomfield Road is extremely limited, and supporters are advised to use either the Lonsdale Car Park, alongside the West Stand, or any of the other pay-and-display car parks around the stadium. 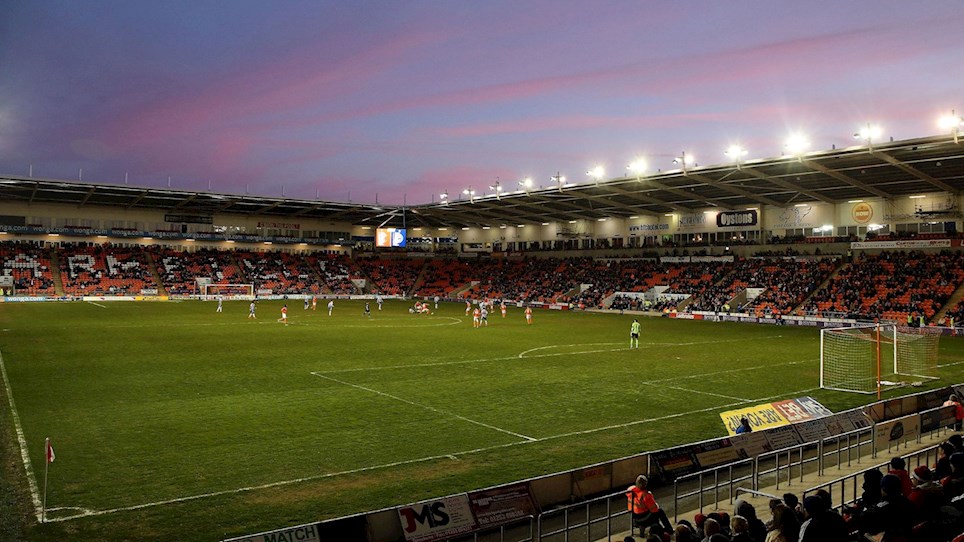 Blackpool: Tickets & Travel for away game


AFC Wimbledon make the trip to Blackpool next month and tickets are now on sale for this fixture at Bloomfield Road.