Wally Downes has called on his players to rise to the big challenge of taking on the League One leaders tonight.

Moving ground has proven to be far from a problem for Coventry City this season as they’ve hit the heights at St Andrews. They’ve won all four league games at that venue to top the table. In total, they’ve scored 13 league goals with Matt Godden as their top scorer with four. The Sky Blues have only lost one game so far this season and that was in the Carabao Cup at Premier League club Watford.

The previous four matches between Wimbledon and Coventry have ended in draws though and Wally Downes believes that his squad are capable of upsetting the table-toppers tonight. With only Rod McDonald and Anthony Wordsworth ruled out for tonight’s match, Wimbledon will go there with virtually a fully fit squad.

Below are quotes from Wally, plus stats, and a look back at previous matches.

“We’ve had them watched, I’ve got all the reports on them, and they play an expansive game of football and they are playing it well at the moment. They’ve settled in to their new surroundings very well and the crowd are getting behind them so it looks like it’s going well for them.

“Playing against a top-of-the-table side, it’s another good test for us. We’ve only lost by the odd goal when we’ve lost this season, apart from at Sunderland. We are competitive and we will certainly be going there looking to cause a turn-up. With the position we are in at the moment and the position they are in, everyone will be expecting them to turn us over, but you can’t write us off and we will be going there looking to get the three points.

“There’s no better place to go, to be able to stick together, than a big stadium like St Andrews, and taking on a big club like Coventry. We will take the game to them when we can, but the important thing is that we are together as a group and we don’t get stretched, which is what they want to happen. We have to be compact and competitive and look to get the ball forward and wide, into dangerous areas, when we can.”

Wally’s full interview ahead of tonight’s game can be viewed below.

Mark Robins (speaking after the 0-0 draw at Burton Albion)

“There were a lot of poor decisions made from us and from them, some unforced but most were under pressure because both teams have tried to press. We couldn’t get out in the first half so we remined the lads of what we had worked on and we were much better in the second half.

“There is still a long way to go for us and the good thing is we did get a little more of a foothold in the second half and that was something that was missing a few games ago. We have to recover well because both sides tired visibly in the second half, conditions were warm and there has been a lot of games in the first six weeks of the season, but I am looking forward to the game on Tuesday.”

The second of two draws between the clubs last season was played at the Ricoh Arena, Coventry City’s previous home. The Dons earned an early lead through on-loan Jake Jervis, who was in the right place to steer home from close range after Coventry had failed to deal with a corner from Anthony Hartigan. Wimbledon then defended valiantly to hold onto the lead, before Luke Thomas plundered an equaliser just after the hour with a deflected strike. That’s the way it stayed and it was a point that would end up being crucial in Wimbledon’s successful battle to stay in League One. Take a look at the highlights from that game below.

One more from the past

A first visit to the Ricoh Arena after promotion to League One almost earned all three points. A first-half header from Jon Meades cancelled out an early goal from Marvin Sordell and Lyle Taylor’s 83rd minute strike appeared to have won it for Wimbledon. However, there was a late sting in the tail with Andre Wright netting an injury-time goal to bag a point for the Sky Blues. The video highlights for this game are below.

AFC Wimbledon supporters can pay on the night for the game (adult tickets at just £15). See our previous article for more details.

With tonight’s game being held at a venue that is new for many of us, we’ve put together a match day guide for your visit to St Andrew's.

Our opponents Coventry City moved into Birmingham City’s home in the summer after leaving the Ricoh Arena.

This match is not all-ticket, and it will be possible to buy on the night at St Andrew's. Our supporters can pay on the gate at cash turnstiles in the Gil Merrick Stand. For those supporters who have purchased in advance, tickets can be collected from the away turnstiles before the game. Dons fans will be accommodated in the seated and covered Gil Merrick Stand.

Student (must have NUS card as proof)/Forces £10

There is NO cash point at St Andrew’s. Please ensure you have the money you require before you come to the game. The nearest cash point is located outside B&M at the Retail Park opposite the Kop Stand.

The postcode for St Andrew's is B9 4RL.

On-site parking is sold out for Tuesday’s game. For those supporters that have booked parking at the stadium, the Main Stand Car Park can be accessed via Garrison Lane. The Kop Stand Car Park is accessed via Coventry Road/Cattell Road. Please note there is no access after 7pm due to matchday road closures. (45 minutes before kick-off, rather than the usual 1 hour) Please note – in line with the policy at St Andrew’s, car boots will be checked on entry.

Century Park Industrial Estate - B9 4NZ. This is a couple of minutes’ walk from St Andrew's and fans can pay £5 on entry for the car park.

Birmingham Wheels Park – B8 1AD. This is a short walk from St Andrew’s. Fans will be able to pay on the gate here for £5 on Tuesday.

Further details of off-site parking can be found on the Travel section of the Coventry City official website.

Trains are scheduled to be running to Bordesley Station, which is close to St Andrew's, on Tuesday.

To book and for latest times and up to date information, visit nationalrail.co.uk .

Road closures will be in place from 7pm – this is 45 minutes before kick-off, later than the usual 1 hour. This will be on Coventry Road from the A45 roundabout at Bordesley Circus up to the Morrisons Supermarket/Bowling Green Road. Cattell Road will also be closed directly outside the stadium from Coventry Road up to the junction with Tilton Road which will also be closed.

Please note that visiting supporters are not permitted in the Happy Abode Bar at the stadium.

Supporters will be subject to searching outside the turnstiles (pat downs and bag searches). To clarify, bottles/flasks are not allowed (including refillable bottles) – this is the policy for all matches at St Andrew’s and there is no exception.

In line with the existing policy at St Andrew’s, drums are not allowed in the stadium. To see the Flags and Banners policy, visit the Coventry City official website. 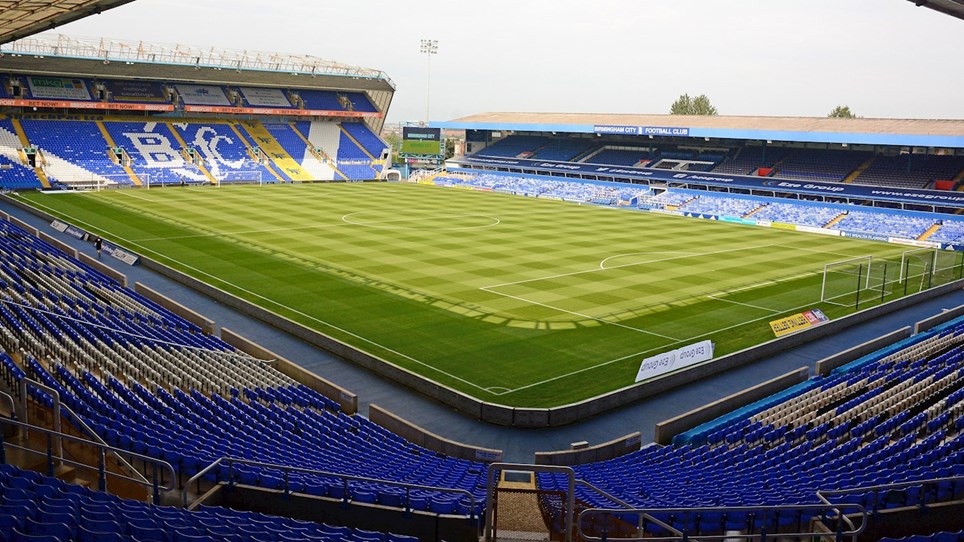 Tuesday night: Tickets & Travel for away game versus Coventry


AFC Wimbledon are back on the road on Tuesday for an away match versus League One leaders Coventry City and supporters can buy in advance or on the night.

Tickets: Buy now for away match versus Coventry


AFC Wimbledon's next midweek away match is on Tuesday 17 September with Coventry City in opposition - and tickets are now on sale for this game.