The visitors had shown little attacking ambition all afternoon, but they won it in bizarre circumstances when Nik Tzanev's attempted clearance deflected off Fleetwood substitute Barrie McKay and into the back of the net. The 1-0 victory for the visitors was undeserved on the balance of play, but Wimbledon cannot afford to throw away a point in such circumstances in the battle to stay up.

Mark Robinson made two changes to his starting line-up after the narrow defeat at Plymouth on Good Friday. Jack Rudoni was recalled to the starting line-up in place of Ethan Chislett and Nesta Guinness-Walker returned at left-back, replacing Luke O’Neill, with Cheye Alexander reverting to a more natural right-back slot. Fleetwood came into this match on the back of two successive defeats, but their defensive record suggested that they were going to be a tough nut to crack. Manager Simon Grayson’s experience had certainly brought a positive impact at the back as Fleetwood had conceded just three goals in six matches.

Wimbledon started very well, closing down the visitors at every opportunity with Ayoub Assal’s pressing and energy leading the way. Assal was on the receiving end of a couple of late challenges early on, as the attacking midfielder attempted to find space down the channels. Despite barely being in it early on, Fleetwood had the first attempt at goal in the 10th minute when Nik Tzanev denied Wes Burns, and Cheye Alexander did very well to block the follow-up by Ged Garner.

Assal showed good movement to get in behind Fleetwood’s defence in the 12th minute, but he was hacked down by Callum Connolly, and this time the referee decided to get out his yellow card for the first time. Joe Pigott stepped up to take the free-kick, but he shot over the crossbar. Ben Heneghan also headed wide of the goal after a corner had been taken short to Cheye Alexander. As we headed towards the half hour mark, Wimbledon could be encouraged by moments of attacking promise, but the final ball had been lacking. Assal, Ryan Longman, and Pigott had all found space in behind on occasions, but Fleetwood had stayed strong to keep the score level, and the Dons needed to make the superior possession count.

As the clock ticked down towards half-time Fleetwood started to wake up as an attacking force, the visitors having shown little ambition up until then. Wes Burns struck a fierce free-kick that Nik Tzanev could only palm up into the air and Will Nightingale was able to complete the clearance. The New Zealand international showed his goalkeeping qualities with a fine save to turn aside an angled drive by Burns, who was really having an impact on the game during this spell. After nullifying Fleetwood’s threat, Wimbledon finished the half strongly. Chances followed just before the break. Pigott did superbly to find space down the left and his cross picked out Longman, but his header flashed over the crossbar. On the stroke of half-time came another chance when Guinness-Walker pulled the ball back for Pigott, but he was unable to get his shot off quickly, and his subsequent shot was blocked.

Wimbledon continued to be on the front foot at the start of the second-half. A good move involving Pigott and Longman ended with a shooting opportunity for Jaakko Oksanen, but his effort was blocked. Pigott had the ball in the back of the net when he got on the end of a flick by Rudoni, but the referee adjudged that the Wimbledon midfielder had fouled in the build-up. The hour mark came with the score still at 0-0. Wimbledon’s frustration was starting to grow as Fleetwood continued to provide stubborn resistance, restricting the hosts in terms of clear-cut chances. With the Dons struggling to find the key to the door, Mark Robinson made a change up front as Ollie Palmer was introduced for Pigott.

Attacking threat from the visitors was minimal and when they did try to make progress George Dobson offered a formidable presence in midfield, protecting the defence effectively with his positioning and tackling ability. Palmer attempted to make an impression at the other end and he did very well to hold the ball up and pick out Longman, but Fleetwood got players back to crowd him out.

With Wimbledon finding it difficult to apply late pressure, Fleetwood took full advantage. Nik Tzanev made a very good save to deny Kyle Vassell, but the visitors did snatch all three points in bizarre circumstances in the 88th minute. Instead of making an immediate clearance when the ball was played back to him, Tzanev dwelled on the ball and his attempt to clear deflected off Barrie McKay and into the back of the net. There was no way back for Wimbledon and the manner of defeat was very difficult to take. 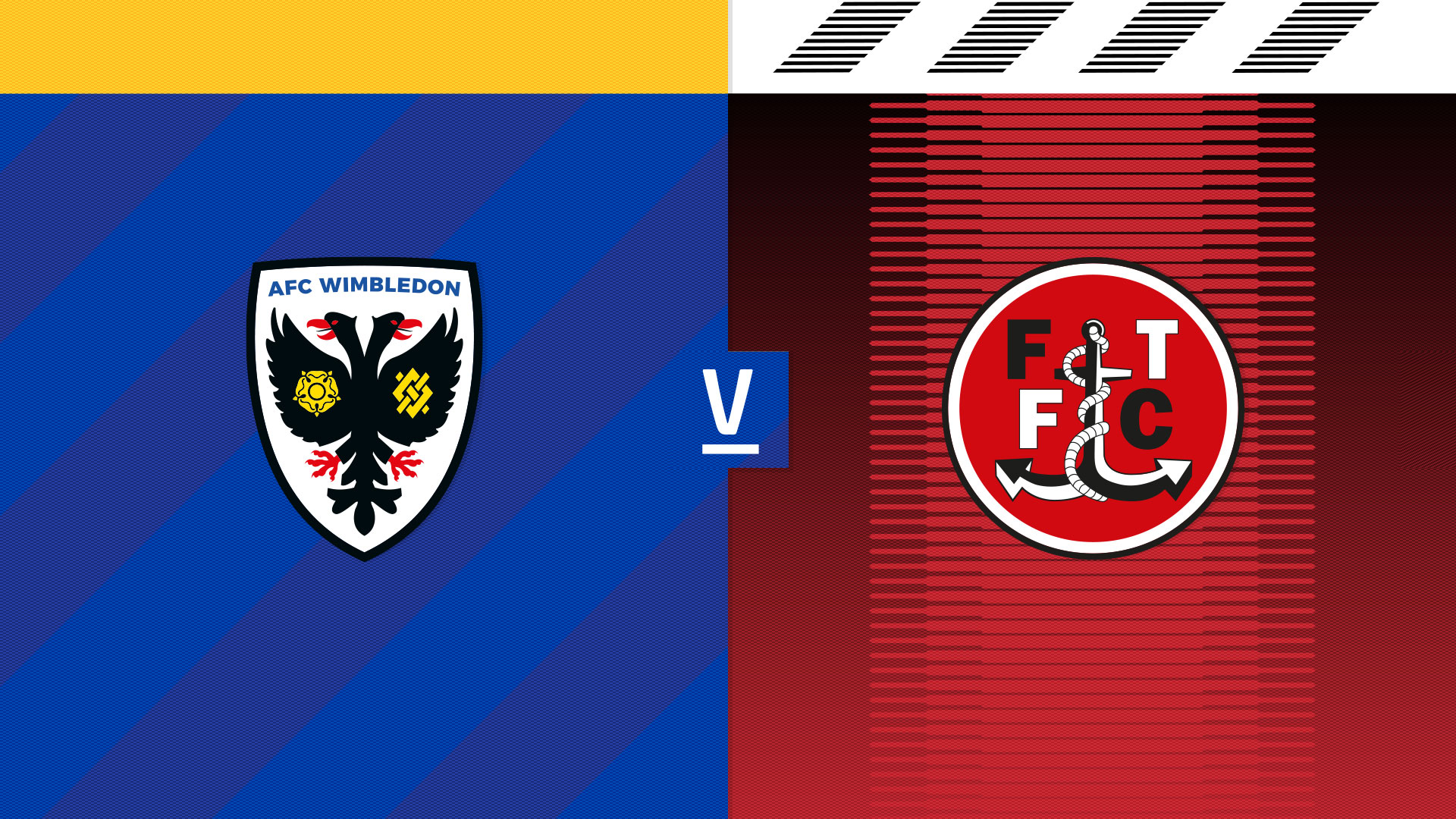 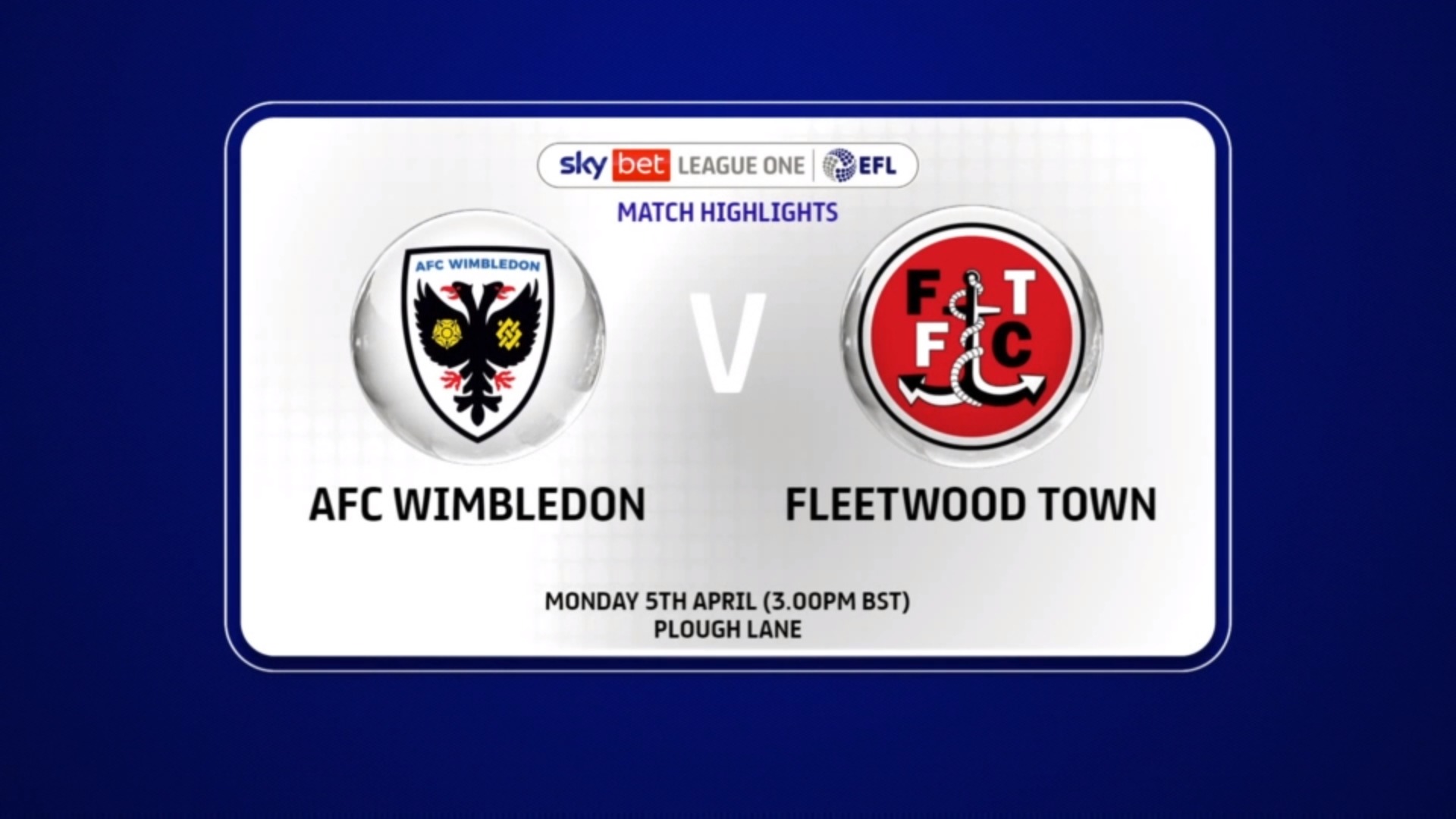 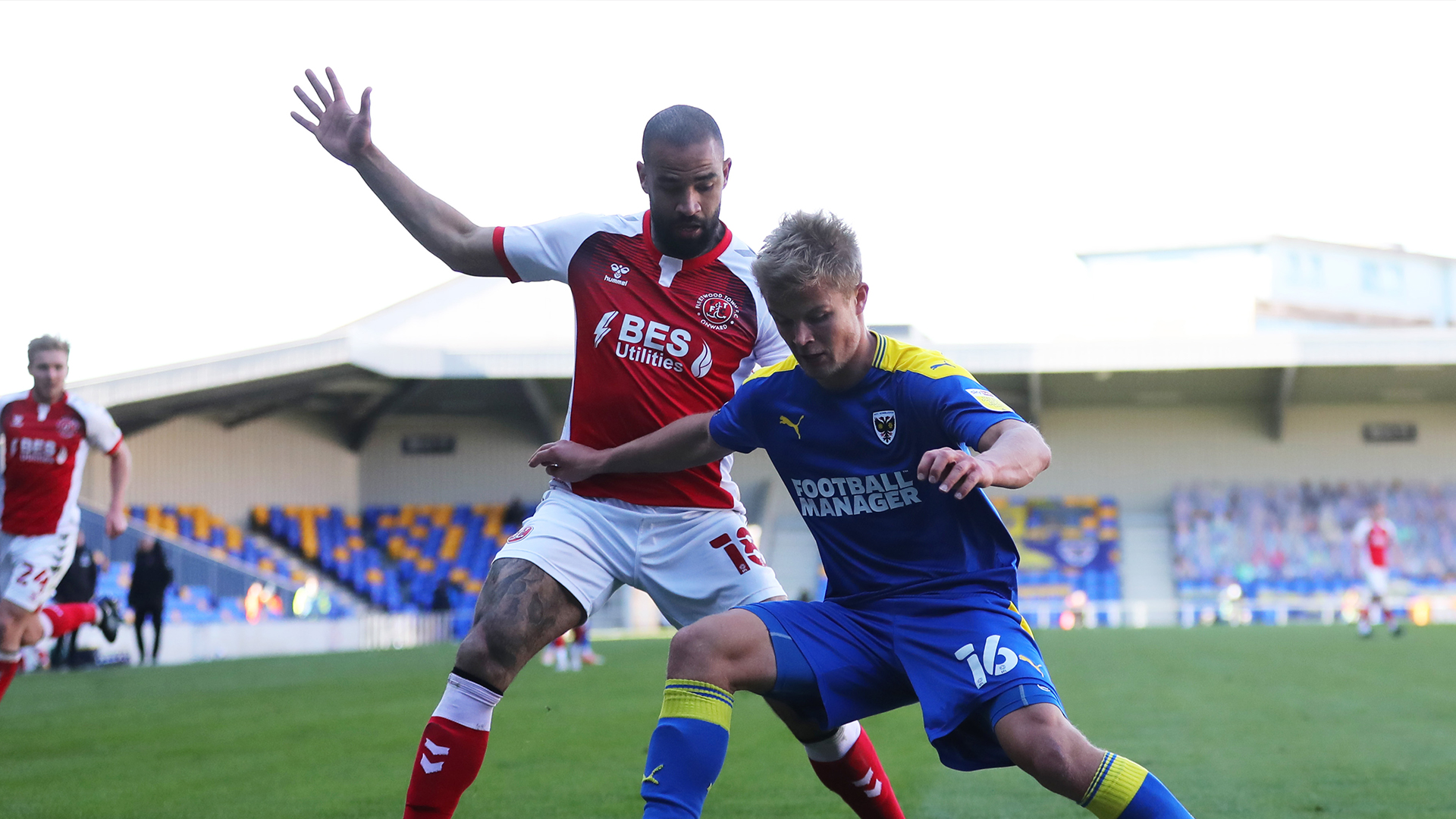