AFC Wimbledon secured back-to-back victories for the first time this season with an impressive victory against Ipswich Town tonight.

The Tractor Boys came into this match with hopes of still reaching the League One play-offs, but they were blown apart by a dynamic Dons display. The 3-0 score-line certainly didn't flatter Wimbledon and it was effectively over by half-time with the Dons two-up and Ipswich having had Josh Harrop sent off. Following that five-star display at Accrington, it means the Dons have struck eight goals in two games, and a continuation of this form will surely seal League One football for another season.

Mark Robinson made just one change to his starting line-up with Paul Kalambayi given the nod to replace the suspended Ben Heneghan at the heart of defence. Wimbledon’s players came into this match in buoyant mood after the brilliant 5-1 victory at Accrington Stanley, but opponents Ipswich still harboured hopes of getting into the play-offs and their defence had been in miserly form recently.

Wimbledon threatened for the first time in the seventh minute when a fine move ended with Jack Rudoni having a shot blocked. A long throw-in was then launched into the area by Nesta Guinness-Walker, but Ollie Palmer was just unable to reach the ball with his head and Ipswich keeper Tomas Holy was able to gather it comfortably. Ipswich attacks were rare in the early exchanges, but Nik Tzanev was required to make a good save to deny Aaron Drinan after a breakaway move.

Joe Pigott was at the heart of Wimbledon’s attacking early on and he produced a sharp piece of attacking play when he turned smartly, before unleashing a shot that Ipswich keeper Tomas Holy did well to turn aside. However, the Dons made the most of the subsequent corner in emphatic style when Will Nightingale rose highest in the box to head home powerfully after getting on the end of Luke O’Neill’s brilliant delivery from the left. The opening goal came in the 21st minute and there was simply no stopping Wimbledon at this stage. Just like at Accrington on Saturday, Wimbledon wasted no time searching for another goal and Palmer shot wide of the target after fine play by his strike partner Pigott.

The advantage was doubled in the 25th minute with O’Neill as the architect once again. This time he sent in a sublime cross from the right that picked out Jack Rudoni and he headed home emphatically. The visitors were simply shellshocked and it got worse for the visitors in the 28th minute when Josh Harrop was shown a straight red card after a late and dangerous challenge on Nesta Guinness-Walker. The only thing that can really beat Wimbledon now was complacency, but the forward momentum continued and Ayoub Assal had a shot blocked. However, Ipswich fired a warning that it was perhaps not a foregone conclusion when Gwion Edwards struck a shot across the face of goal that James Norwood came so close to converting.

Assal was at the heart of Wimbledon’s best moves, finding space in the hole, and he had a great chance to make it three when he got on the end of another brilliant cross by O’Neill, but his shot was too close to Holy. The half-time whistle sounded with Wimbledon well in control, 2-0 up and with an extra man than their opponents. It had been quite comfortably Wimbledon’s best half of football since returning to Plough Lane, the Dons having established a two-goal lead against a side chasing the play-offs before Harrop’s dismissal.

Seven minutes after the break and Wimbledon came so close to a third goal in the 52nd minute. Assal, who was simply relentless on the night with his energy and trickery causing constant problems for Ipswich, got on the end of a clever through ball by Guinness-Walker, but his shot was saved by Holy. Pigott followed up and his subsequent shot found its way back to Assal, who this time had his header cleared off the line by Toto Nsiala.

With an hour gone, Wimbledon had been unable to get the third goal that would definitely have killed off Ipswich. Though the visitors had not been able to create any clear-cut chances with one man less, they were perhaps sensing that there could still be something in this game for them. Nightingale, who was superb at both ends of the pitch, did very well to make a vital interception as Ipswich refused to give it up.

In an effort to regain the attacking spark, Mark Robinson made a double change just after the hour with Jaakko Oksanen and Shane McLoughlin replacing Assal and Rudoni. The Dons came very close to a third midway through the second-half. Pigott turned smartly just outside the box and struck a shot well, but it was deflected just wide. Kalambayi rose highest to meet the subsequent corner, and his header looked on target, but it was inadvertently blocked by substitute Ryan Longman. At the other end, Ipswich had their best chance yet when a cross picked out Norwood, who was unmarked in the box, but he headed over the crossbar.

There was still better to come from Wimbledon in the latter stages as a third goal was added in style, two of the five substitutes combining superbly to seal an excellent night for the Dons. McLoughlin found space and squared the ball to Ryan Longman, who fired home emphatically to notch his ninth Wimbledon goal. It was a great way to round off a night that suggested Wimbledon are well on track to complete the League One survival mission. 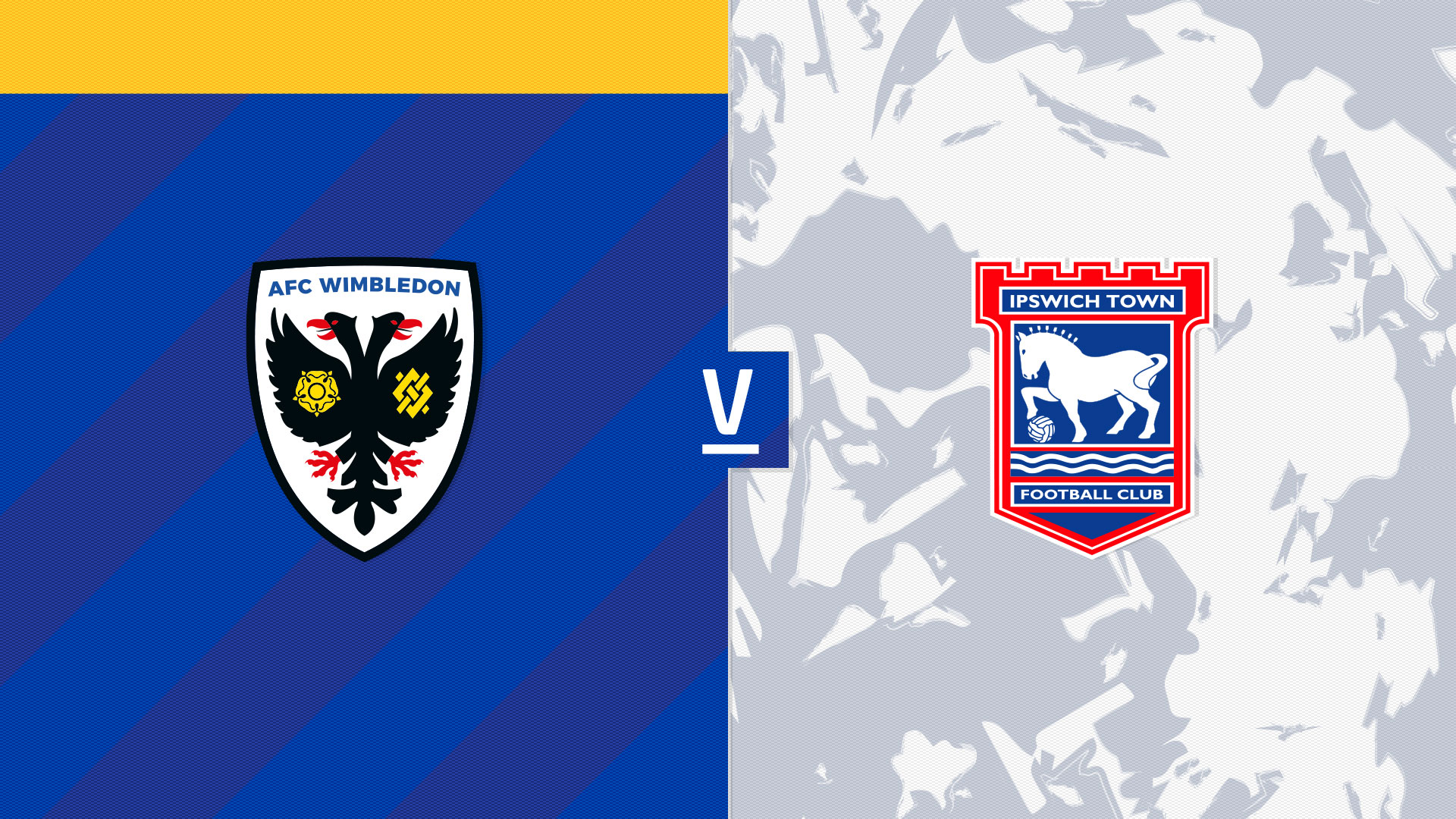 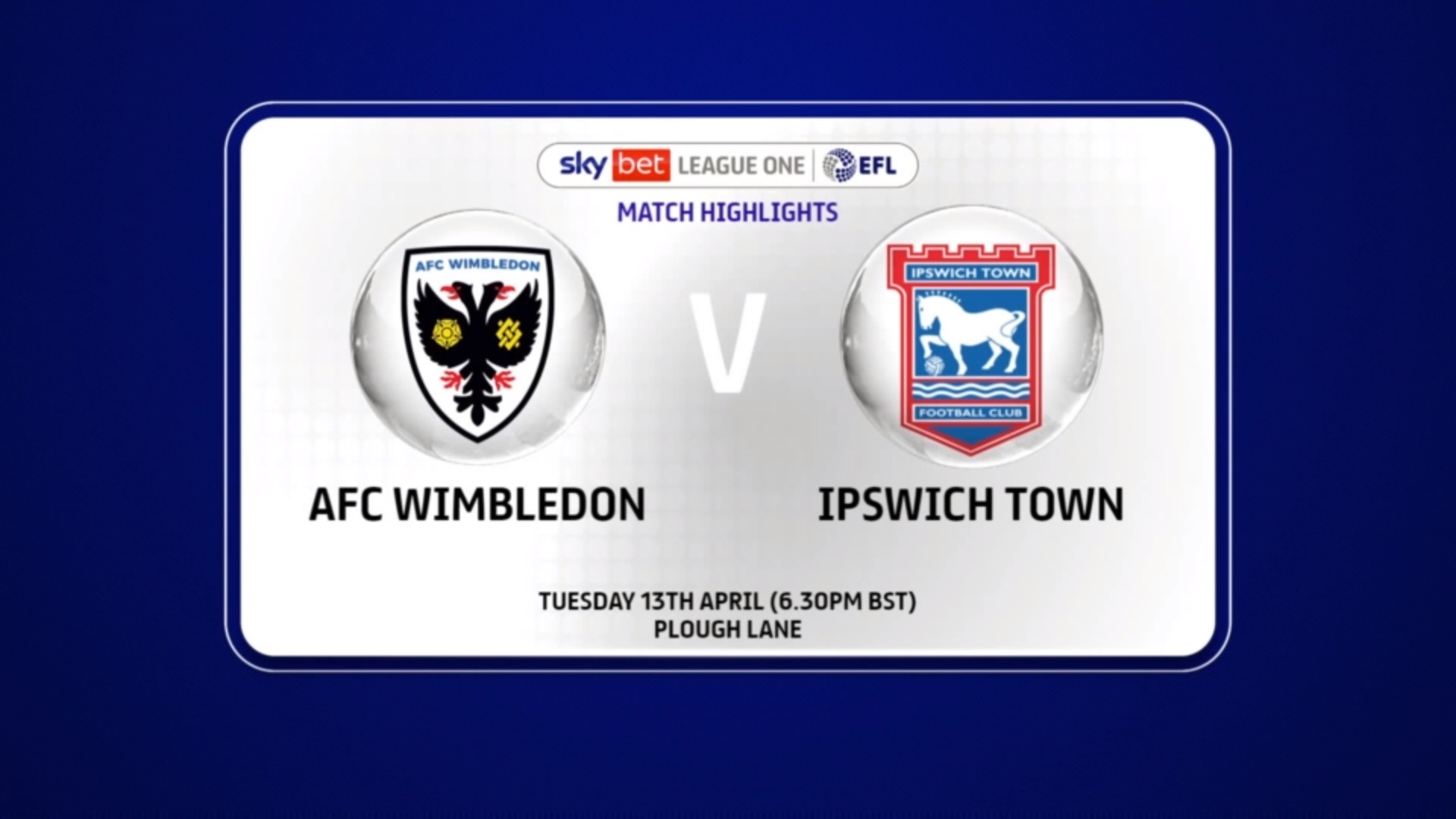 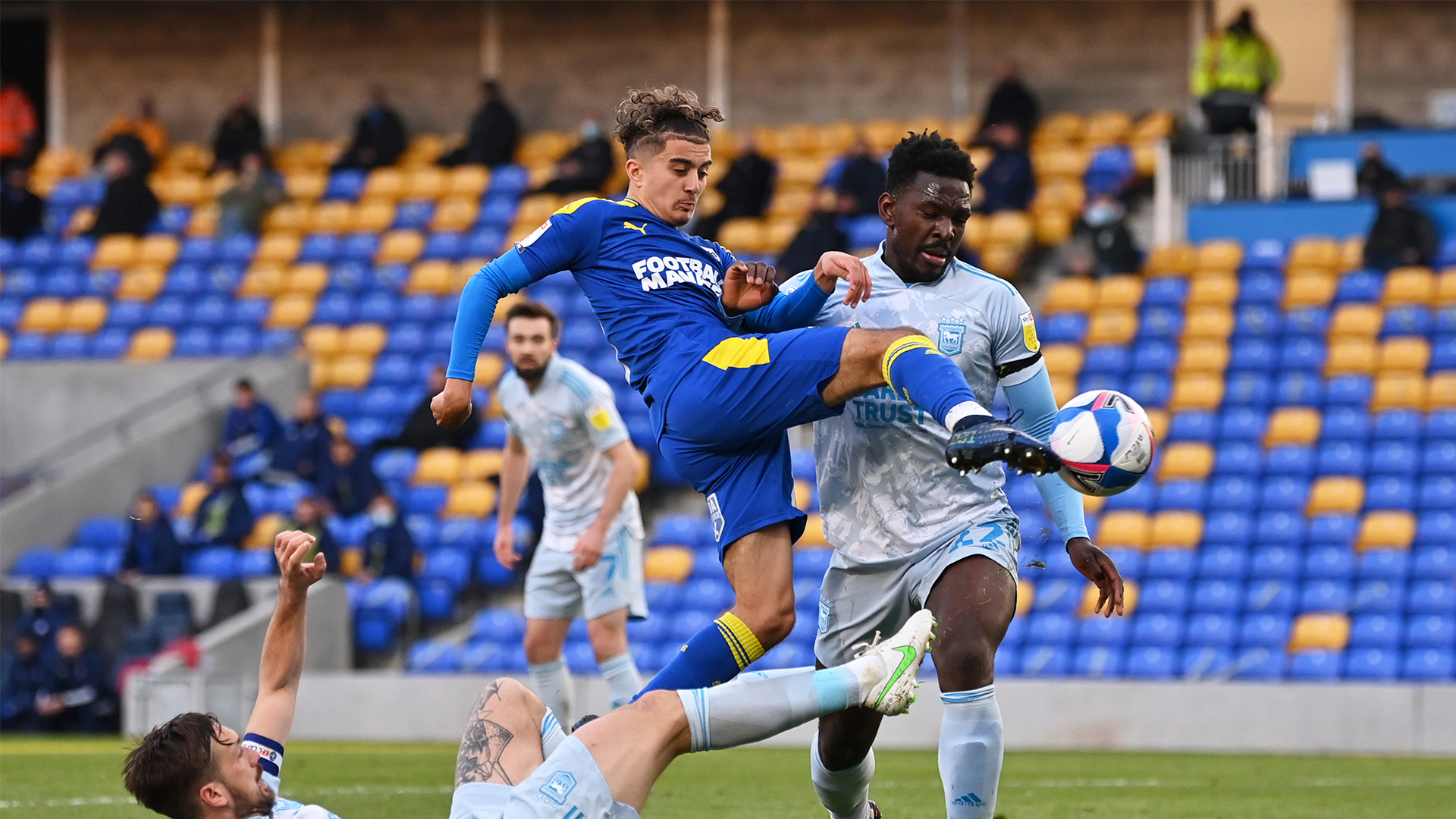