AFC Wimbledon made light of a dour past record versus Oxford United to secure a vital victory tonight.

The Dons showed character in abundance to turn a 1-0 deficit into a 2-1 win, thanks to a Joe Pigott penalty and a first goal for the club by Alex Woodyard. Though we are not quite there yet in the battle to stay in League One, this was a massive result in the grand scheme of things. The omens were not good heading into this one. Wimbledon had won just four from 21 previous meetings between the two clubs since returning to the league in 2011 and Oxford had won the last five matches. It all looked to be heading Oxford's way again when they took the lead through Josh Ruffels early in the second-half, but the Dons dug in and took full advantage after James Henry was sent off.

A pivotal statistic that underlines the progress made by Mark Robinson and his squad recently is that the Dons have won four successive matches for the first time since the 2015/16 promotion season. Though this season won't end with a Wembley final, this fantastic spell of football offers real hope for the future.

Mark Robinson decided to change a winning team by recalling Cheye Alexander at right-back with Luke O’Neill having to settle for a place on the bench. The Dons came into this match in red-hot form with three successive victories and 12 goals scored in the process, but play-off hopefuls Oxford had also won their last three matches so something had to give. It was an all-action start to this match. Will Nightingale, who had been an absolute rock at the heart of Wimbledon’s defence recently, made a vital interception to cut out a dangerous cross in the second minute. Just seconds later and Nik Tzanev made a very good save to stop James Henry from opening the scoring.

The Dons pressed the visitors high, attempting to upset Oxford’s expansive passing style, and promising moments followed when Wimbledon did attack. Ollie Palmer did very well to find space and put in a cross to find Joe Pigott, but his close-range effort was straight at Oxford keeper Jack Stevens, and the flag was up for offside anyway. Nightingale then threatened to score for a third successive match when he got on the end of Palmer’s flick-on from a long throw-in by Nesta Guinness-Walker, but this time his effort was saved. For the remainder of the first-half, there was little goalmouth action as Oxford had the majority of possession, but Wimbledon stayed resolute at the back with Nightingale and Ben Heneghan defending well at the heart of defence.

Wimbledon’s best attacking move of the first-half came when Palmer showed fine movement to find space on the right and his pull-back picked out George Dobson, who struck a fierce effort that Stevens did well to palm away from danger. The visitors were unable to create much in the first-half against a well-drilled Dons defence, but Tzanev stayed alert to tip over a speculative effort from long-range by Sam Long.

Oxford took the lead in the 52nd minute after a move down their left involving Mark Sykes and Olamide Shodipo, which set-up Josh Ruffels and his shot appeared to be deflected as it found its way past Tzanev. At this stage, Oxford were threatening to double the advantage and take the game away from Wimbledon. Tzanev had to stay alert to tip over a long-range free-kick by Cameron Brannagan.  The Dons had to dig in to stay in this game, but the response was exactly what was needed in the circumstances.

The match turned in the 62nd minute when Oxford's James Henry was red-carded. However, the Dons made their own luck. Nesta Guinness-Walker had won the corner that led to it with a marrauding run forward. The subsequent corner was delivered by Cheye Alexander and Nightingale steered it towards goal, but it was handled on the line by Henry. A red card was the only option and Joe Pigott composed himself before firing home the penalty emphatically in the 62nd minute. The Dons wasted no time pressing home their numerical advantage and what turned out to be the winner followed less than three minutes later. Palmer, who had impressed all night with his movement, found space on the left and cut the ball back for Woodyard, who finished superbly with his left foot.

Woodyard's first goal for the club was one to savour and it edged Wimbledon closer to staying in League One for another season. Despite chances being missed to extend the advantage, the main thing was that Wimbledon kept Oxford out at the other end. The final whistle signalled a job well done for the Dons. What a turnaround by Mark Robinson and his squad - and on this form there's no reason to fear anyone in this league. 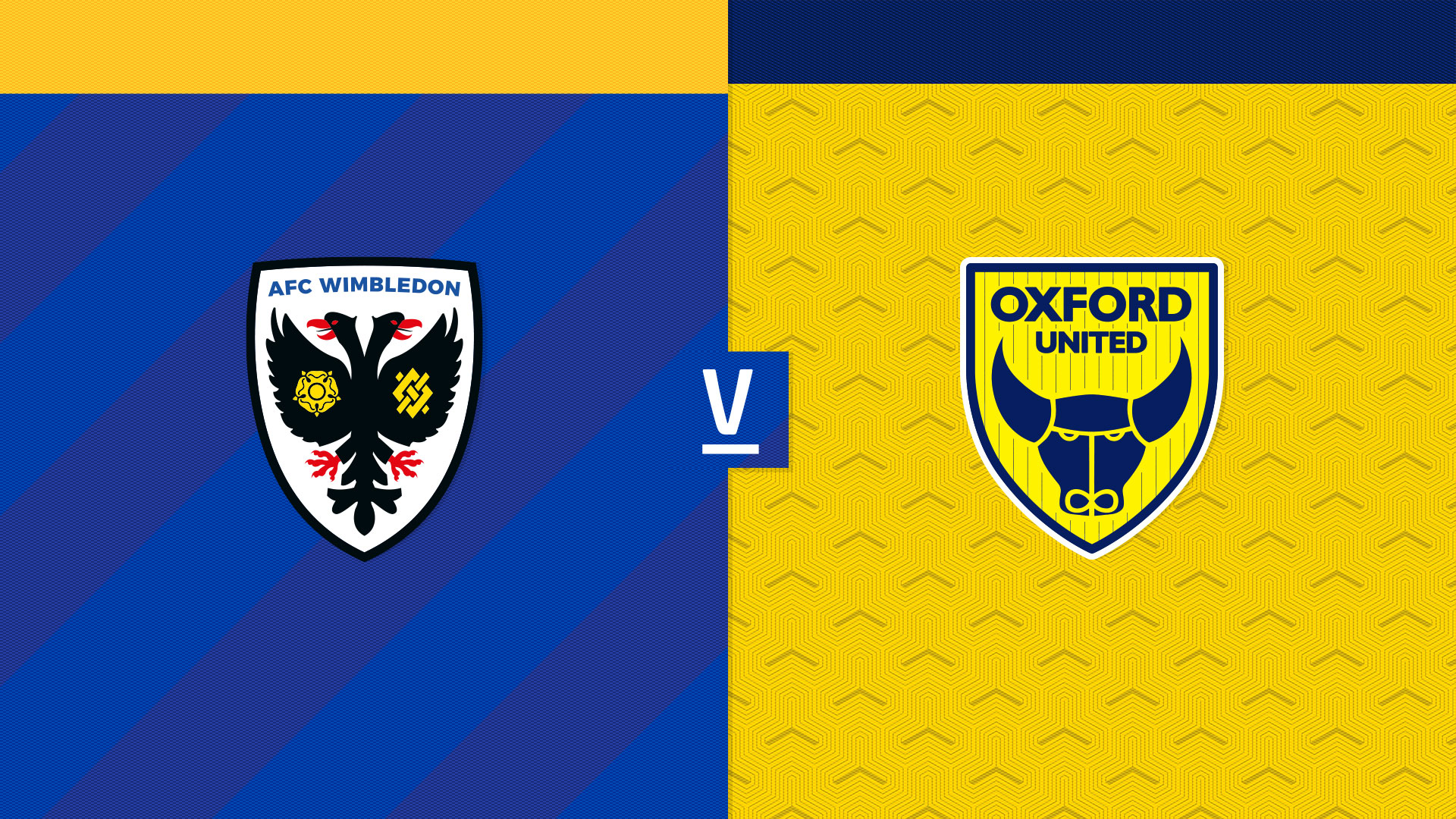 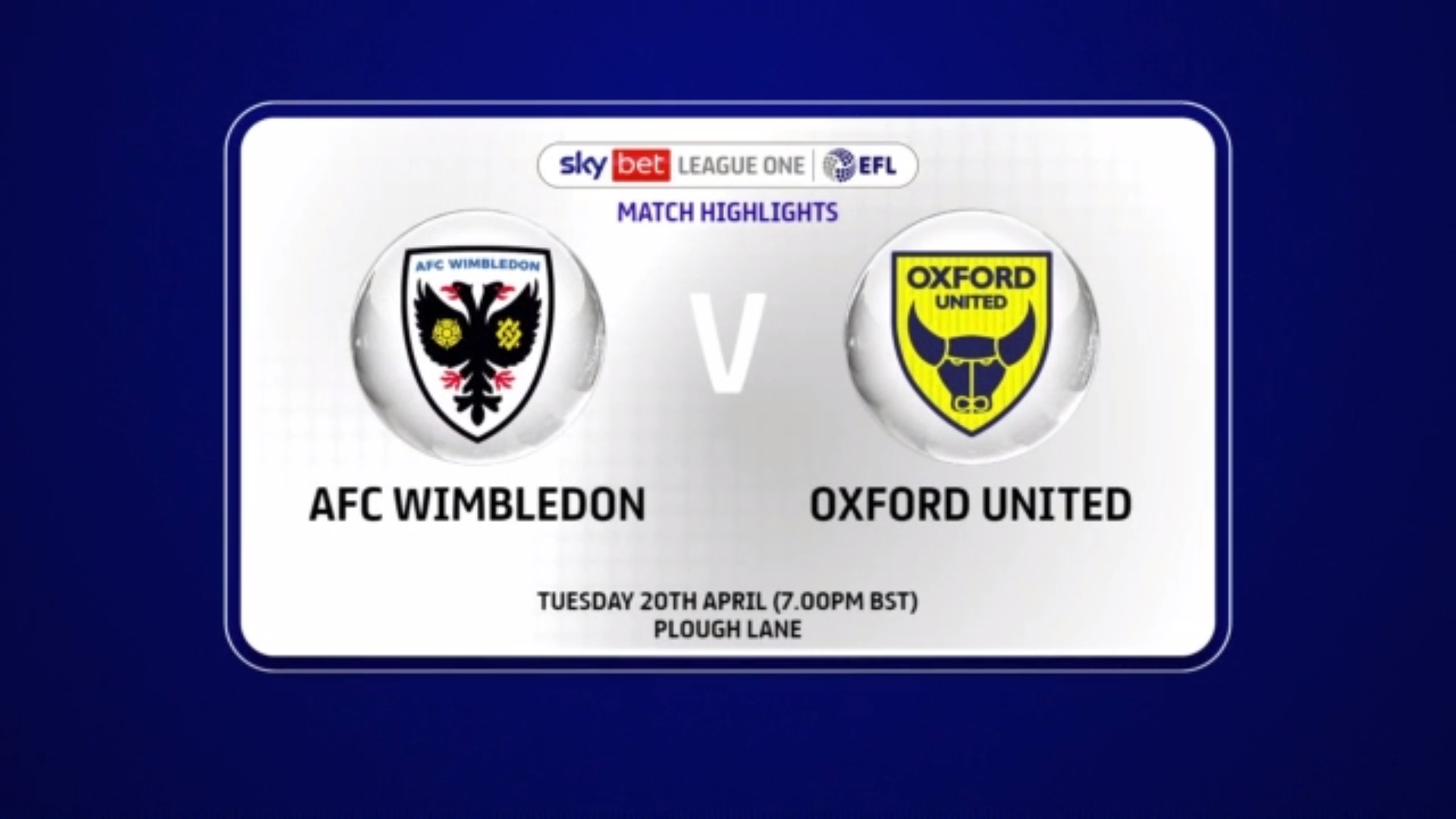 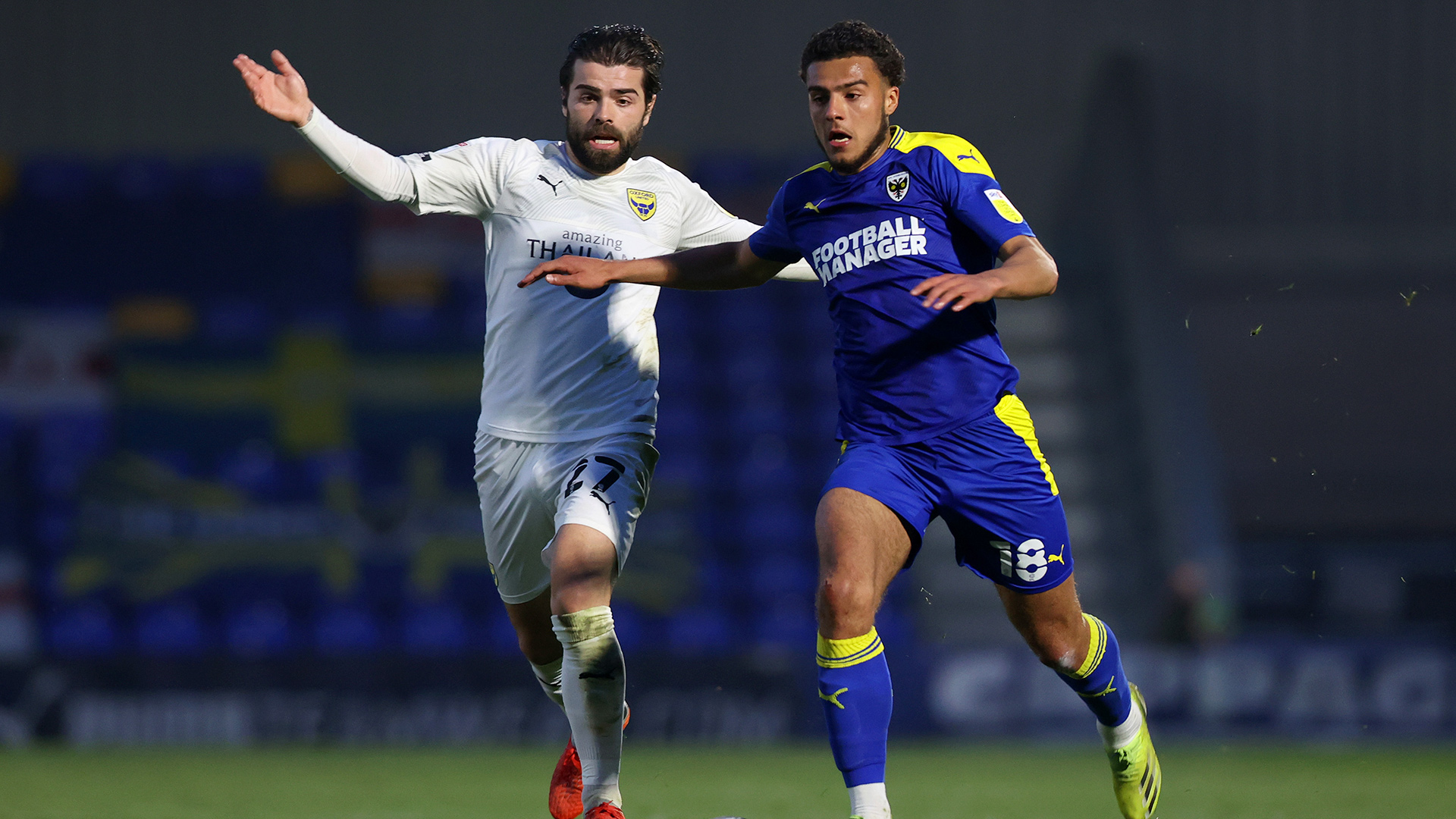