Mark Robinson had called for Wimbledon’s players to be ‘relentless’ in their work and this destruction of Swindon at Plough Lane provided further evidence that his players are progressing in every game.

Not since October 2019 had we won three successive League One matches and this 4-1 victory lifted us five points clear of the relegation zone. Make no mistake, the importance of this win should not be underestimated. It had been a mixed bag of results from our relegation rivals before the Dons got underway in a late kick-off at 5.30 pm. Though Northampton and Bristol Rovers lost, there had been victories for Wigan Athletic and Rochdale. If Wimbledon’s players had been feeling any pressure, they certainly didn’t show it as Swindon were taken apart by an attacking display full of energy and verve. With Ayoub Assal striking the woodwork twice and Pigott also firing a shot against the crossbar, it could have been more.

Long gone are the worries from a few weeks ago that a lack of cutting edge would cost Wimbledon in the battle to stay up. For the third time in eight days, Wimbledon’s attacking was simply unstoppable and the opposition once again had no answer. Though Swindon had a couple of early chances with Scott Twine having a shot deflected wide and Tyler Smith striking the crossbar, Wimbledon cut through Swindon’s defence time and time again in a dominant first-half. Ayoub Assal, whose youthful exuberance and skill has bewildered League One defences in recent weeks, came close early on when he turned inside and struck a shot that Swindon keeper Lee Camp saved. That was a sign of what was to come as Wimbledon tore Swindon’s defence to shreds, seemingly at will.

With Alex Woodyard and Jack Rudoni getting forward at every opportunity to support the attacking trio of Ollie Palmer, Joe Pigott, and Aasal, the Dons produced a very exciting brand of football. The opening goal came in the 20th minute – and it certainly wasn’t a surprise. Ollie Palmer showed good movement to get in behind, before cutting the ball back for Jack Rudoni, who was brought down in the box, and referee John Busby had no hesitation in pointing to the spot. What an opportunity for Pigott to notch his half century for Wimbledon and he made no mistake with a clinical finish from 12 yards.

In a similar manner to the last two victories, there was no let-up from Wimbledon, and the advantage was doubled in the 26th minute. Nightingale, who hadn’t scored a league goal for three years before heading home against Ipswich in midweek, was at it again when he met a free-kick by Rudoni with an emphatic header that left Lee Camp with no chance. Pigott was almost celebrating his 51st goal in a Dons shirt when he fired a free-kick against the crossbar and our top scorer turned provider when his pass put Assal clean through, but he also fired against the bar after rounding the keeper. However, there was no denying Wimbledon and the third goal did arrive in first-half stoppage time after more good forward play by Palmer provided Assal with a golden chance and this time he made no mistake. The 3-0 half-time score-line certainly didn’t flatter Wimbledon as the Dons had been simply dominant.

The second-half didn’t match the excitement of the first, but it still contained plenty of impressive attacking play from the Dons. Assal struck the crossbar from close-range after marching through on goal again. However, there was no denying Wimbledon shortly afterwards. Assal showed fine movement and pace to find space down the right flank, before picking out Pigott, who finished clinically to notch his 51st goal in a Dons shirt. Substitute Ryan Longman almost got in on the act when he produced a superb run to go through on goal, but he was denied by the keeper.

Though Swindon got one back with 11 minutes to play through Tyler Smith, it was irrelevant to the outcome and the Dons go marching on. In this form, Wimbledon can beat anyone in the division and Tuesday's home match versus Oxford will certainly hold no fears. 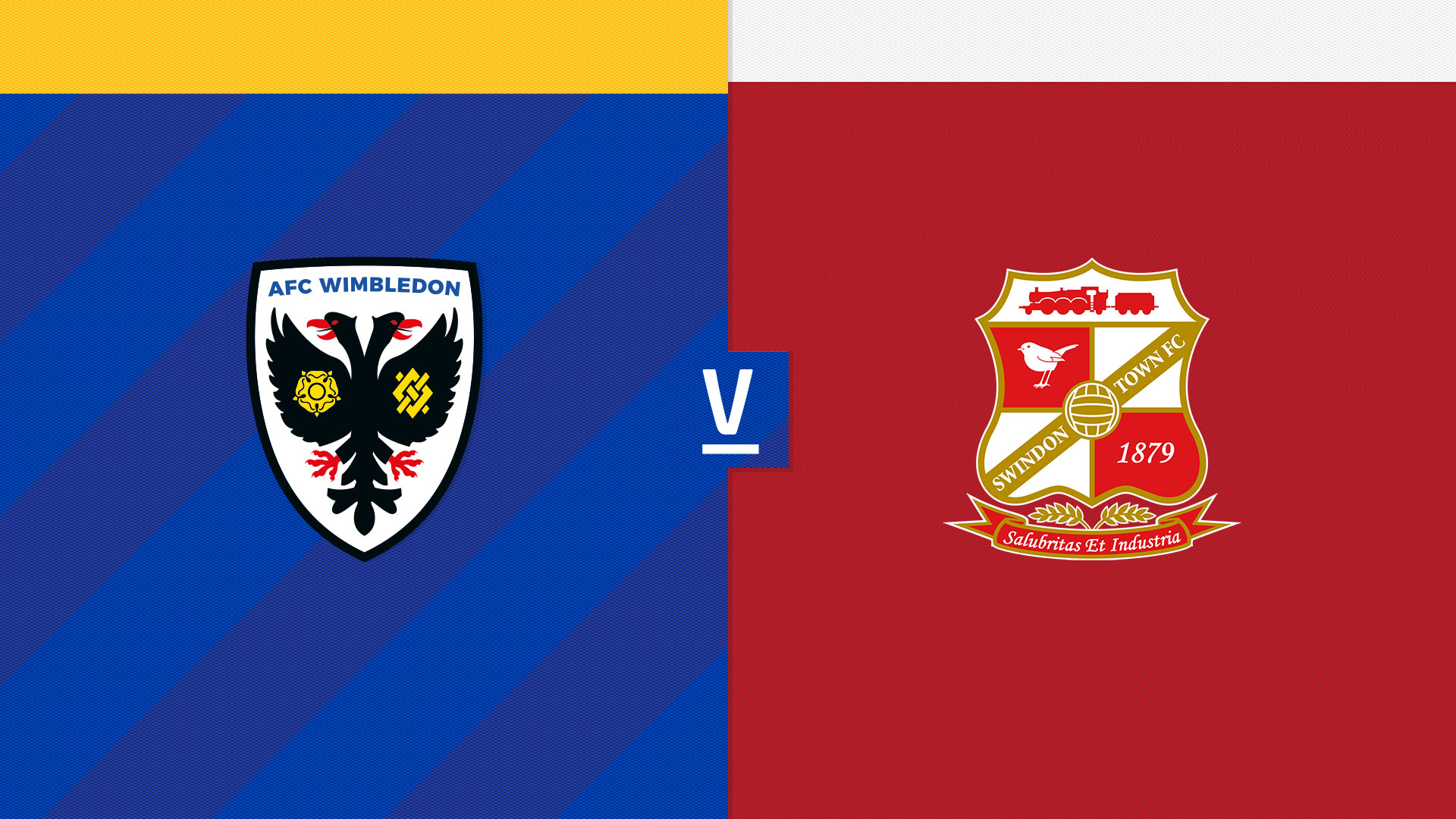 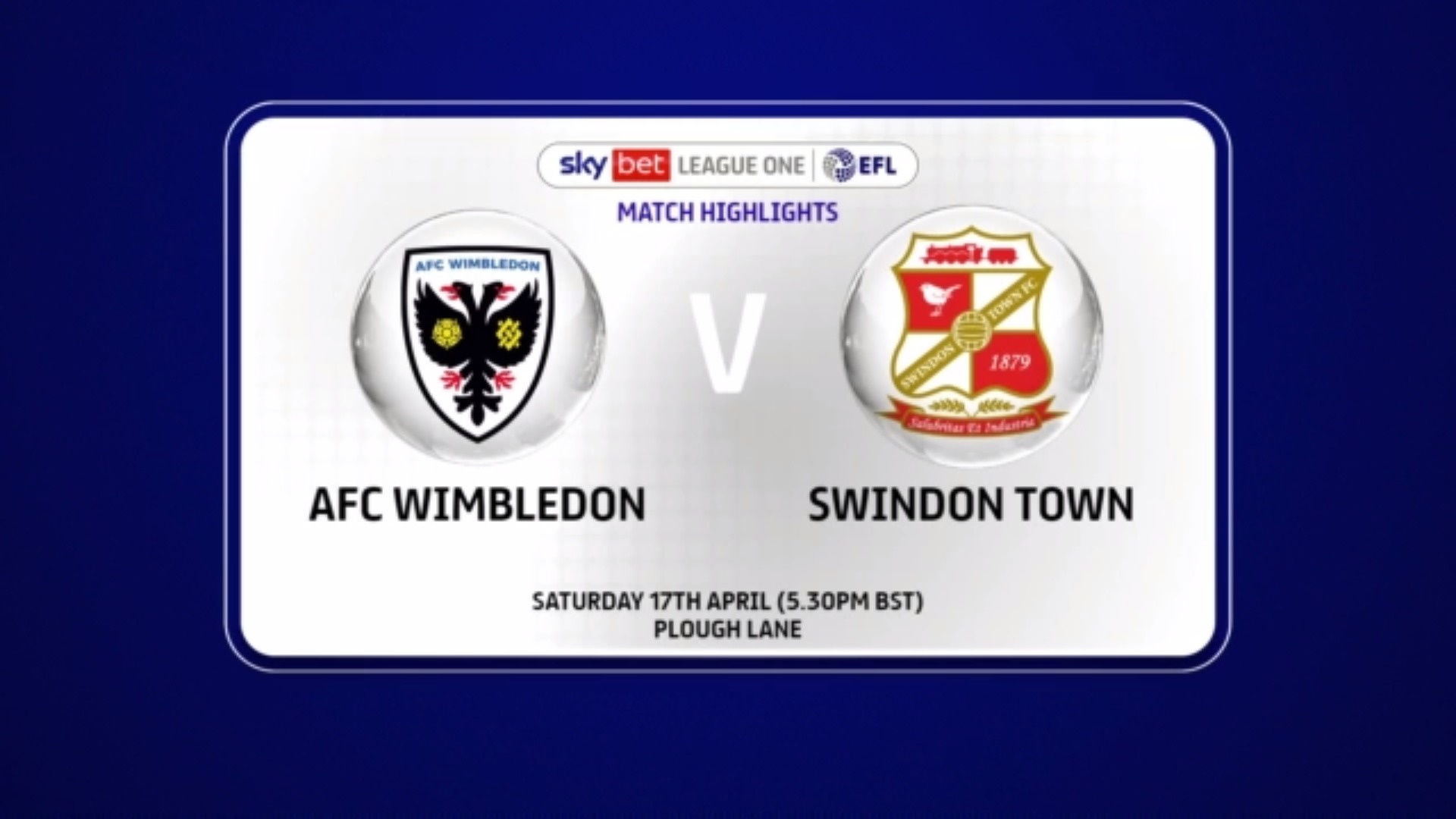 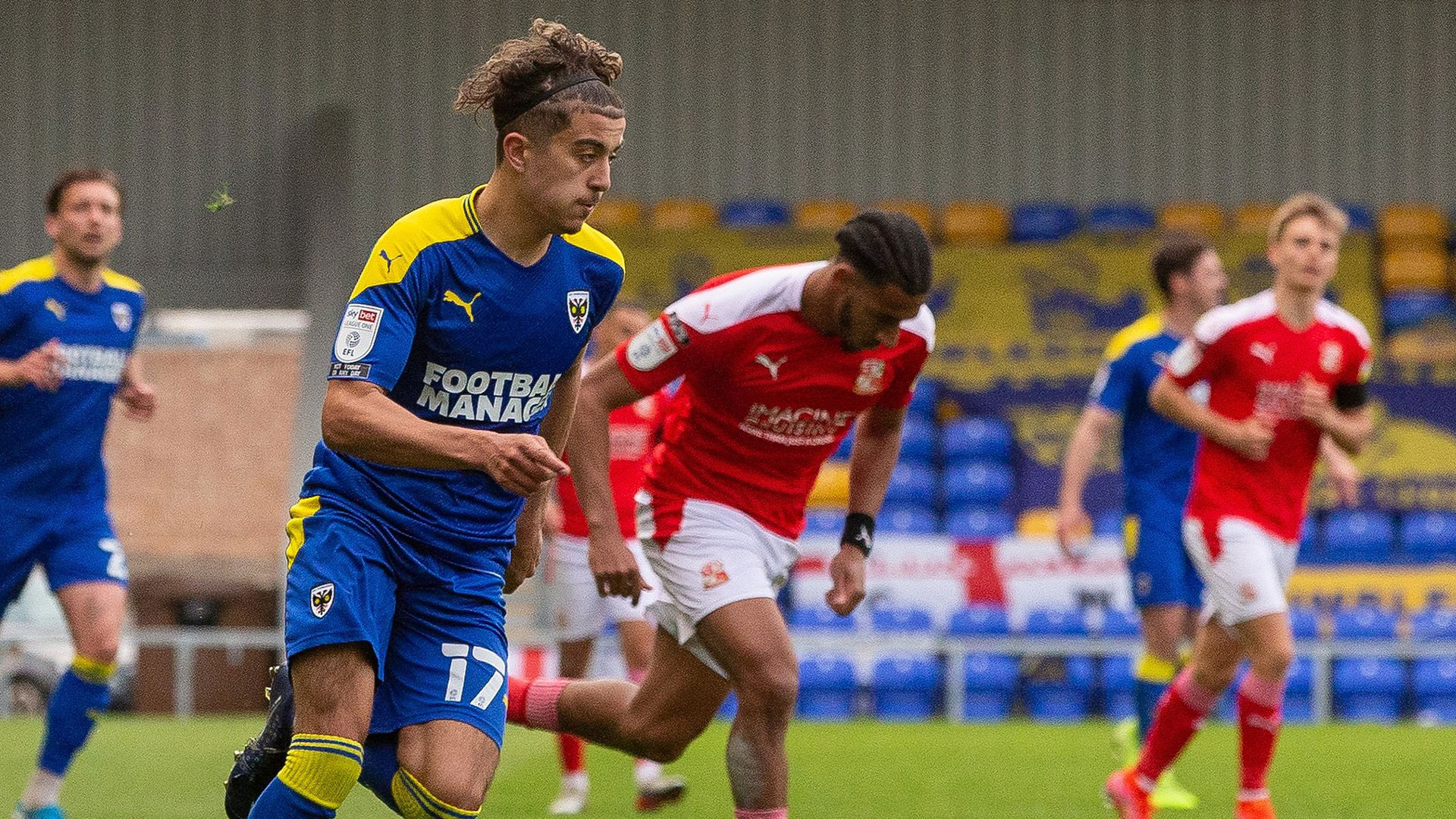