A draw at Ipswich moved us closer to making certain of securing League One football for another season, but there was a sense of frustration after Wimbledon squandered several first-half chances.

The 0-0 draw came after a first 45 minutes that included Joe Pigott having a penalty saved and Wimbledon going close to making the breakthrough on several occasions.

With the attacking spark lacking in the second-half, Ipswich threatened to break the deadlock and it needed two fine saves by Nik Tzanev and impressive defending by the centre-back partnership of Ben Heneghan and Will Nightingale to stop the Tractor Boys in their tracks. The final whistle signalled a step closer to survival for the Dons with our relegation rivals all failing to win, though news of Rochdale's equaliser in the seventh minute of injury-time was a bit of a blow. Nevertheless, our players have their destiny in their own hands and victory against Rochdale on Tuesday night will be enough.

Mark Robinson made two changes to his starting 11 after the midweek victory versus Oxford. With Ollie Palmer missing out due to injury, Ryan Longman was recalled, and Luke O’Neill was preferred at right-back to Cheye Alexander. The Dons came into this aiming for a fifth successive victory against a side that had slipped down the League One table in recent weeks and out of play-off contention.

Wimbledon started with a real swagger at Portman Road, pressing in packs to force players devoid of confidence into mistakes. The first chance came just three minutes in when O’Neill delivered a superb ball into the box that Will Nightingale headed over the crossbar. In a bold start from the Dons, George Dobson and Jack Rudoni both had goal-bound shots blocked. The hosts were really on the back foot, barely able to get out of their own half. They did fashion a chance on the break when Oli Hawkins found Keanan Bennetts in space, but he curled wide.

With Longman providing good width due to his rampant runs down the right, Wimbledon were finding gaps all of the time, seemingly at will. A lovely move down the right ended with Joe Pigott’s pass picking out Alex Woodyard, who cut the ball back for Jack Rudoni, but he sliced wide from close-range. In a first 20 minutes completely dominated by the Dons, Ayoub Assal had a shot cleared off the line, before O’Neill’s curler was tipped wide by a fingertip save from Ipswich keeper Dai Cornell.

A golden chance to take the lead was squandered by Wimbledon in the 22nd minute. Pigott won the penalty himself after having his shirt tugged in the box, but he was unable to make the most of it. Our top scorer struck the penalty too close to Cornell, and he couldn’t quite manage to convert the follow-up as the Ipswich keeper grasped the ball.

After failing to take that opportunity, Wimbledon struggled to regain the attacking momentum of that dominant first 20 minutes. Pigott almost went through on goal again, but he was denied by a last-gasp challenge by Stephen Ward. The Dons started the second-half with a real determination to take the game by the scruff of the neck and Pigott did brilliantly to set-up Assal, but he delayed his shot and Cornell was quick to smother the ball. At the other end, there was relief in Wimbledon ranks when a free-kick was swung in by Ipswich and Pigott inadvertently headed it against his own crossbar.

Ipswich started to grow in confidence, sensing an opportunity after Wimbledon had failed to take the initiative. Nik Tzanev finally had a save to make when he dived to his right to palm away a shot by Armando Dobra. At this stage, Will Nightingale and Ben Heneghan did very well at the heart of defence, making vital challenges when called upon. Considering the nature of recent displays, and being on the front foot, it was disappointing that Wimbledon dropped deeper and deeper, restricted to breakaway attempts. Though Pigott forced Cornell into a fine free-kick save, Ipswich continued to have the upper hand in the second-half and Tzanev saved well at the feet of substitute Kayden Jackson. George Dobson's influence was important throughout as he broke up Ipswich attacks and that was particularly needed when the Dons came under pressure. Woodyard's experience in leading the boys was just as important as ever.

The final whistle meant it was honours even and perhaps mixed emotions from a Wimbledon perspective. Though it was a missed opportunity to take all three points, the current situation of being five points clear of the drop zone at this stage of the season is a scenario we all would have taken if offered it a few weeks ago. 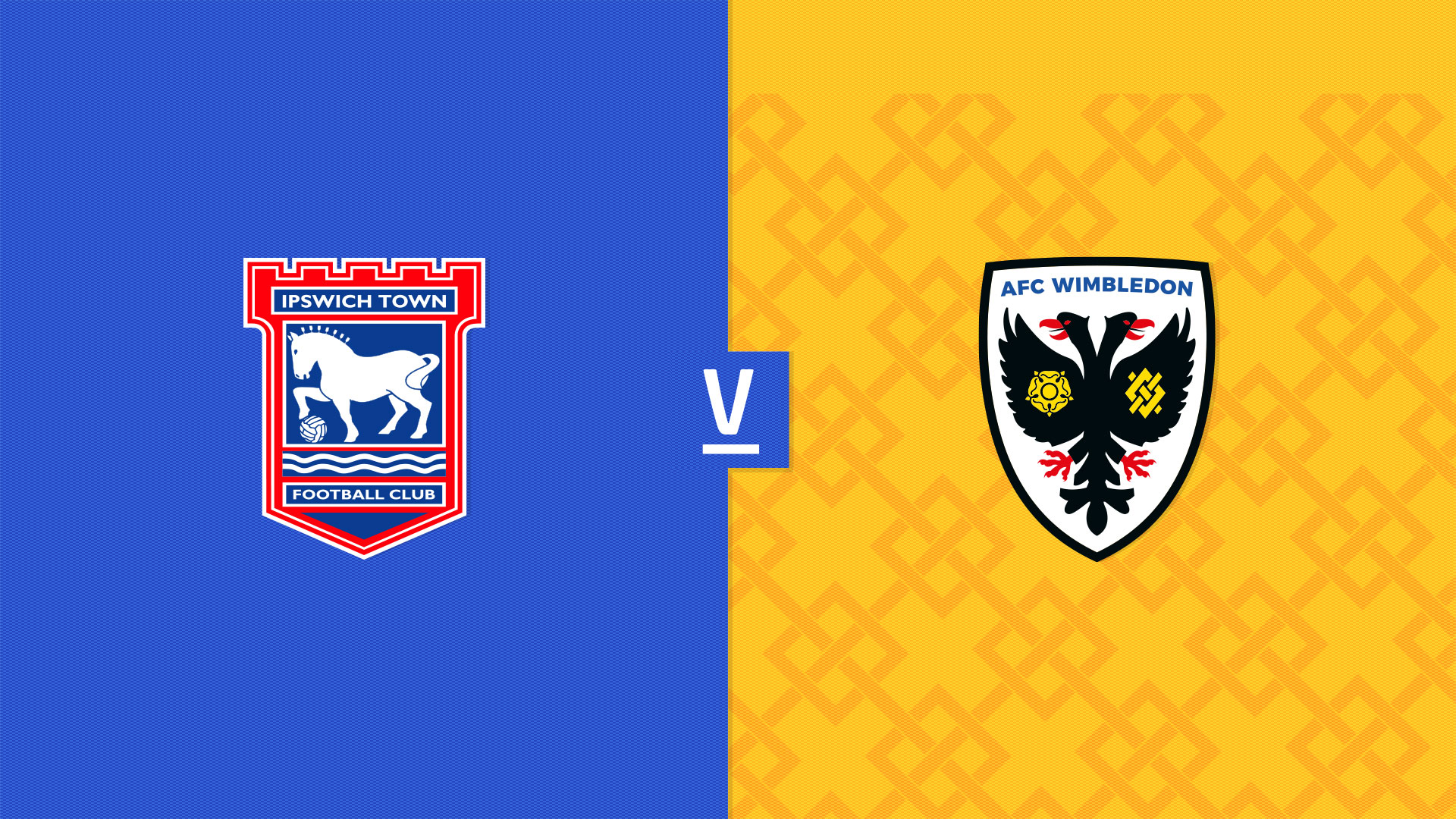 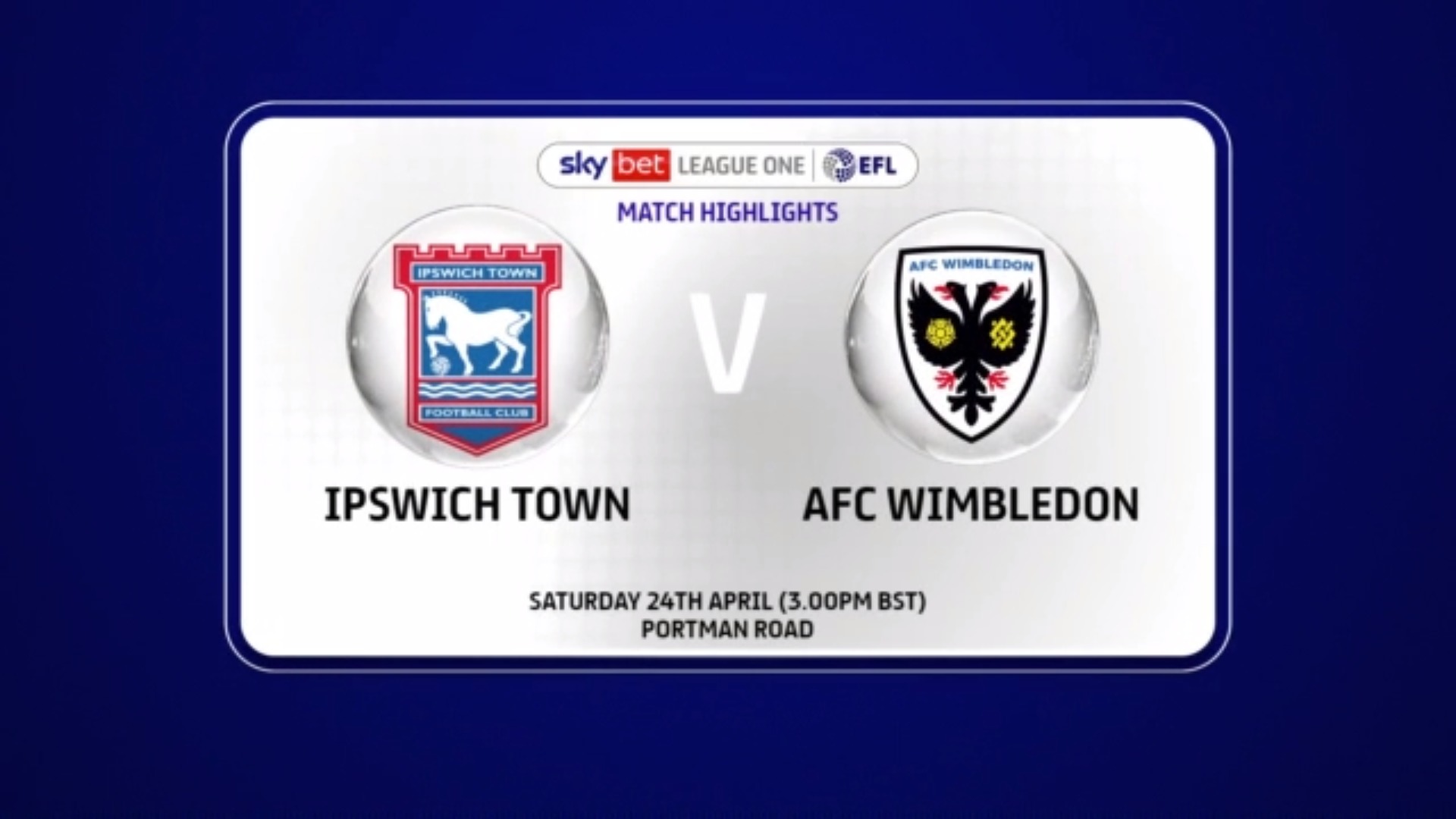 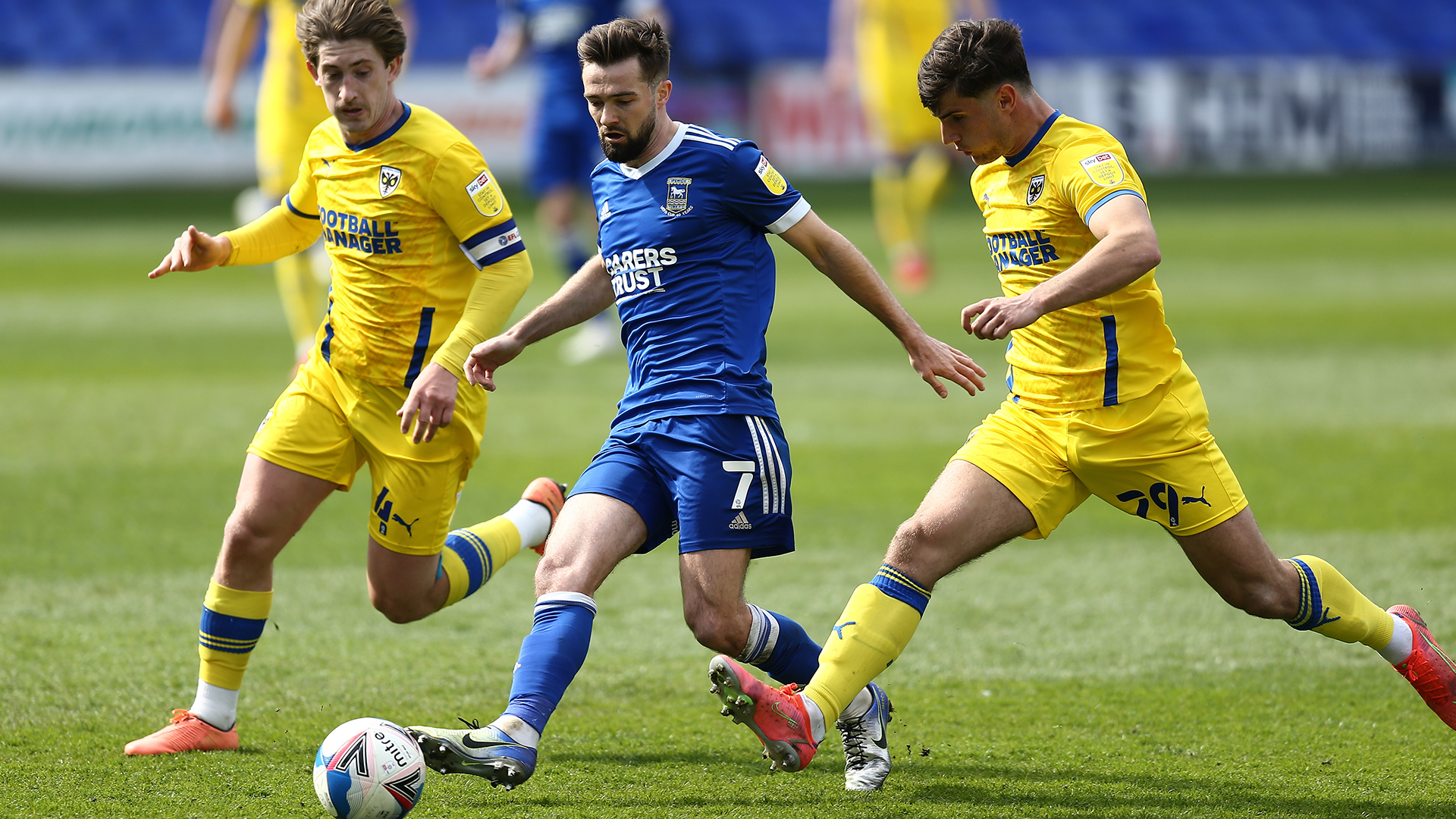