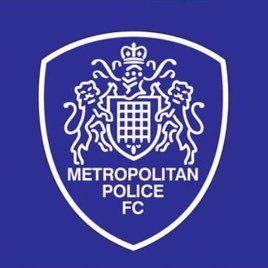 AFC Wimbledon maintained a 100 per cent start to pre-season by striking three goals without reply at Met Police tonight.

A penalty by Anthony Hartigan opened the scoring in the first-half and David Fisher struck his first goal at first-team level in the second-half, before Nesta Guinness-Walker rounded off the scoring. The 3-0 victory in this behind-closed-doors friendly made it four victories out of four in pre-season, ahead of a match at QPR on Saturday that will certainly step-up preparations for the real stuff in September.

The Dons started with a mixture of first-team regulars and youngsters for this match at Imber Court, a venue where Wimbledon lifted the London Senior Cup in 2014. Academy products David Fisher and Ayoub Assal were given the responsibility at the top of a 3-5-2 formation with Huseyin Biler and Nesta Guinness-Walker as wing backs. Guinness-Walker was back at the club he left last year and Ethan Chislett was another who had the host club to thank for reigniting his career. Assal and Archie Procter were also on familiar territory as they had loan spells at Met Police last season.

It didn’t take long for Wimbledon to exert control, dominating possession against a side in the Isthmian League Premier Division, and the breakthrough arrived in the 10th minute. David Fisher was brought down in the box after a smart turn and the referee had no hesitation in pointing to the spot. Anthony Hartigan stepped up from 12 yards and struck the ball well and it had enough power to beat the goalkeeper, despite him getting a hand to it. The advantage was almost doubled when Will Nightingale got on the end of a cross by Nesta Guinness-Walker, but his header flashed over the crossbar.

The Dons had the ball in the back of the net in the 38th minute when Paul Kalambayi’s shot from an acute angle was deflected in after a fine team move, but the flag was up for offside. Though there had been plenty of promise in Wimbledon’s play with good football at times, creating clear-cut chances had been far from easy in the first-half against a well-drilled Met Police defence. Guinness-Walker and Biler had offered good width on the flanks, but the Dons had failed to make the most of good situations with just a 1-0 lead established at the break.

Glyn Hodges made just the one change at half-time with Nik Tzanev replacing Matthew Cox between the sticks. The advantage was almost doubled in the first minute of the second-half when Paul Kalambayi got on the end of a corner and at the second attempt his shot was superbly saved by the keeper. However, there wasn’t long to wait for number two after the hosts failed to deal with another corner. Though Ayoub Assal’s shot was initially well saved, David Fisher was quick to pounce and cracked home emphatically from close range. The first 15 minutes of the second-half was much better from Wimbledon with more incisive passing and greater movement. One flowing move involving several passes ended with Fisher shooting just over after fine play down the right by Biler, but the flag was up for offside.

The Dons marched into a 3-0 lead in the 59th minute through a well-worked goal. Biler, who signed his first pro deal earlier this summer, produced an impressive display on the night and it was his smart play down the right that created the third. A fine cross from the 17-year-old picked out Shane McLoughlin and though his shot was saved, Guinness-Walker headed home from close-range.

With 15 minutes left, Wimbledon made eight changes with several Under-18s tasting first-team action for the first time. Troy Chiabi, who has scored four goals so far in pre-season, was among those entering the fray. The raft of changes highlighted another important aspect of pre-season as Glyn Hodges continues to have one eye on Wimbledon's future. All 10 outfield players that finshed the game were from the academy, offering vital experience to rising Wimbledon talents. The 3-0 score-line reflected another pre-season job well done, as the Dons continued impressively towards the big kick off, which starts in the Carabao Cup at Oxford on 5 September.