The Dons were today on the receiving end of a rejuvenated Bristol Rovers side, as the visitors stormed to victory at Plough Lane.

The 4-2 victory for Rovers was Wimbledon's first home league defeat since moving into a new stadium, the loss coming after the euphoria of Wednesday's excellent victory against promotion contenders Peterborough United. After a disappointing start to the season, Rovers were transformed here, as they produced an impressive attacking show, albeit helped by slack defending from the Dons.

Wimbledon had the perfect start after Zain Westbrooke was adjudged to have brought down Joe Pigott in the box. Though the decision could perhaps be perceived as harsh, it was a rash challenge, and Pigott was certainly in no mood to waste it as he converted emphatically to put the Dons 1-0 up. That was Pigott’s ninth goal of the season and he was almost celebrating another shortly afterwards, but his shot was deflected wide.

The opening goal produced a spirited response from the visitors and they restored parity in the 14th minute. It was a fine strike by Sam Nicholson, but from a Wimbledon perspective it was disappointing that no real challenge was put in to stop him. Rovers really started to gain attacking momentum after the equaliser and Trueman gathered an awkward shot by Brandon Hanlan at the second attempt.

With former Walsall midfielder Erhun Oztumer seeing plenty of the ball in midfield and Hanlan a constant threat, Rovers were causing a lot of problems for the Dons defence. It was 2-1 to the visitors in the 24th minute. It was a fine headed goal by Hanlan after the Dons were caught out by a quick free-kick down the left, the ball crossed in superbly by Luke Leahy, and the subsequent header leaving Connal Trueman with no chance. Shortly afterwards Rovers came close to making it 3-1 with Max Ehmer and Josh Grant both having shots blocked.

As we approached the half hour mark, Rovers were threatening to run riot, but the pendulum swung again when Wimbledon equalised in the 30th minute. Anthony Hartigan delivered a lovely cross from the right that picked out Ben Heneghan, who headed home emphatically. It had been an all-action first-half as the two sides went on the attack and Trueman had to stay alert to palm away a superb corner kick by Leahy that almost went directly into the back of the net. However, Rovers finished the half strongly and marched back into the lead in the 45th minute. It was that man Hanlan again, the Rovers striker absolutely rampant in the first-half. After taking a pass by Upson in his stride, Hanlan powered through Wimbledon’s defence and fired home from an acute angle, Trueman unable to stop it despite getting a hand to the ball.

It had been a very difficult first-half for the Dons, but there was just one goal in it at the break with Wimbledon still well in this game at 3-2 down. Rovers started the second-half by probing for another goal and Oztumer struck a shot that flashed just over the crossbar. At the other end, a good Dons move ended with a cross by Cheye Alexander to the back post, but Nesta Guinness-Walker was just unable to connect. With Wimbledon having struggled to make an impression as an attacking force in the second-half, Glyn Hodges made a treble change just after the hour. Steve Seddon, Shane McLoughlin, and Ethan Chislett were all introduced with Guinness-Walker, Alexander, and Dan Csoka making way.

The Dons had a mountain to climb in the 64th minute when Rovers scored a fourth with Wimbledon punished for another defensive lapse. The diminutive Oztumer was allowed to head the ball across the face of goal, and Nicholson was given space to nod home from close-range. It was a poor goal to concede, and it was now going to require a big turnaround for Wimbledon to get something from this game. Ryan Longman attempted to edge Wimbledon back into it with a fine effort from the left, but his shot was just wide of the far post.

There was no sign of Rovers curbing their attacking instincts and they almost had a fifth when Nicholson was just denied his hat-trick, a good shot deflected wide. Despite being up against it, the Dons certainly didn’t give up and McLoughlin so nearly scored a third for Wimbledon when he was set up by Chislett, but his shot was well saved at point-blank range by Anssi Jaakkola. There was no late consolation for Wimbledon, and Rovers were full value for the victory on the day. 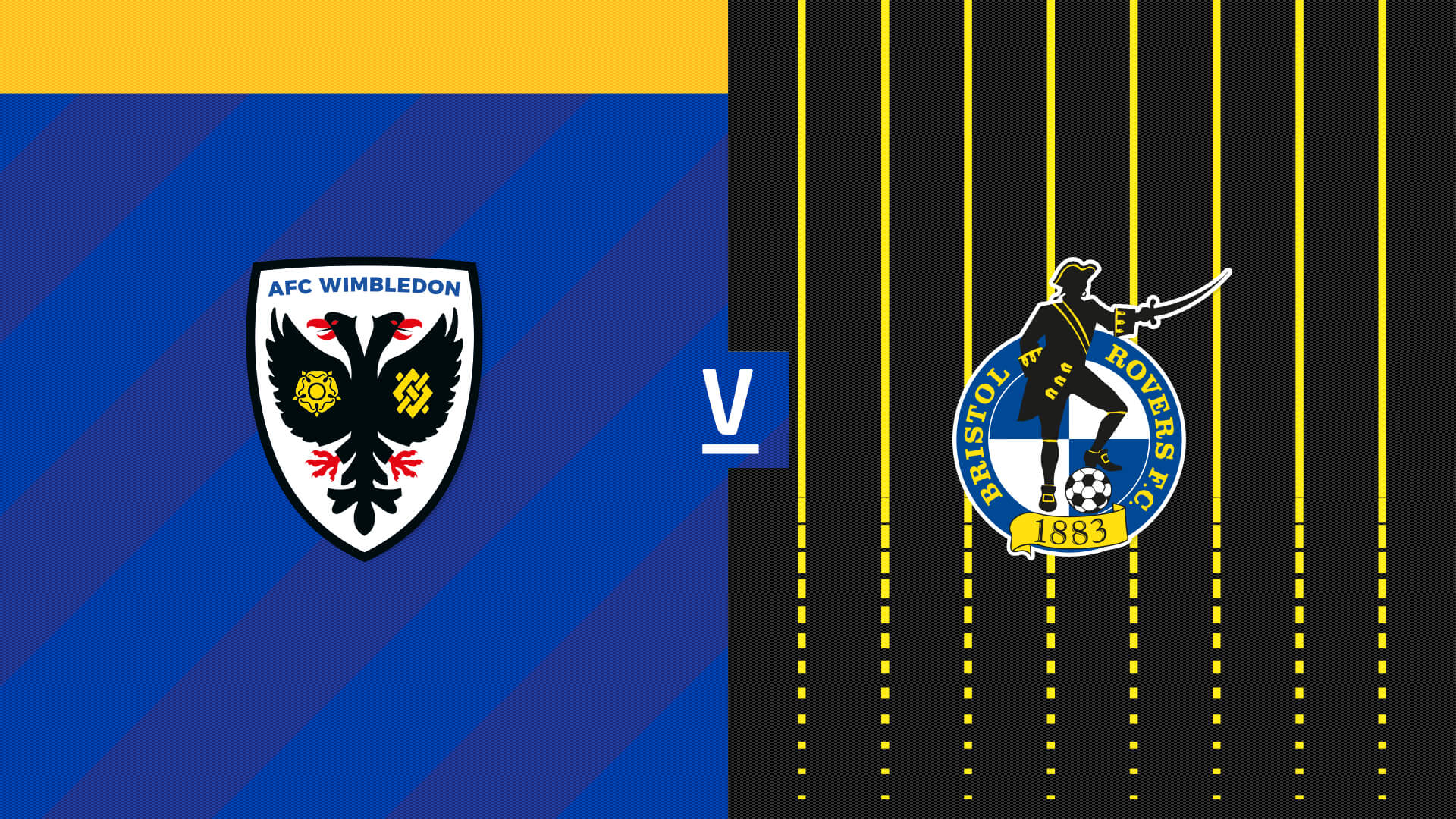 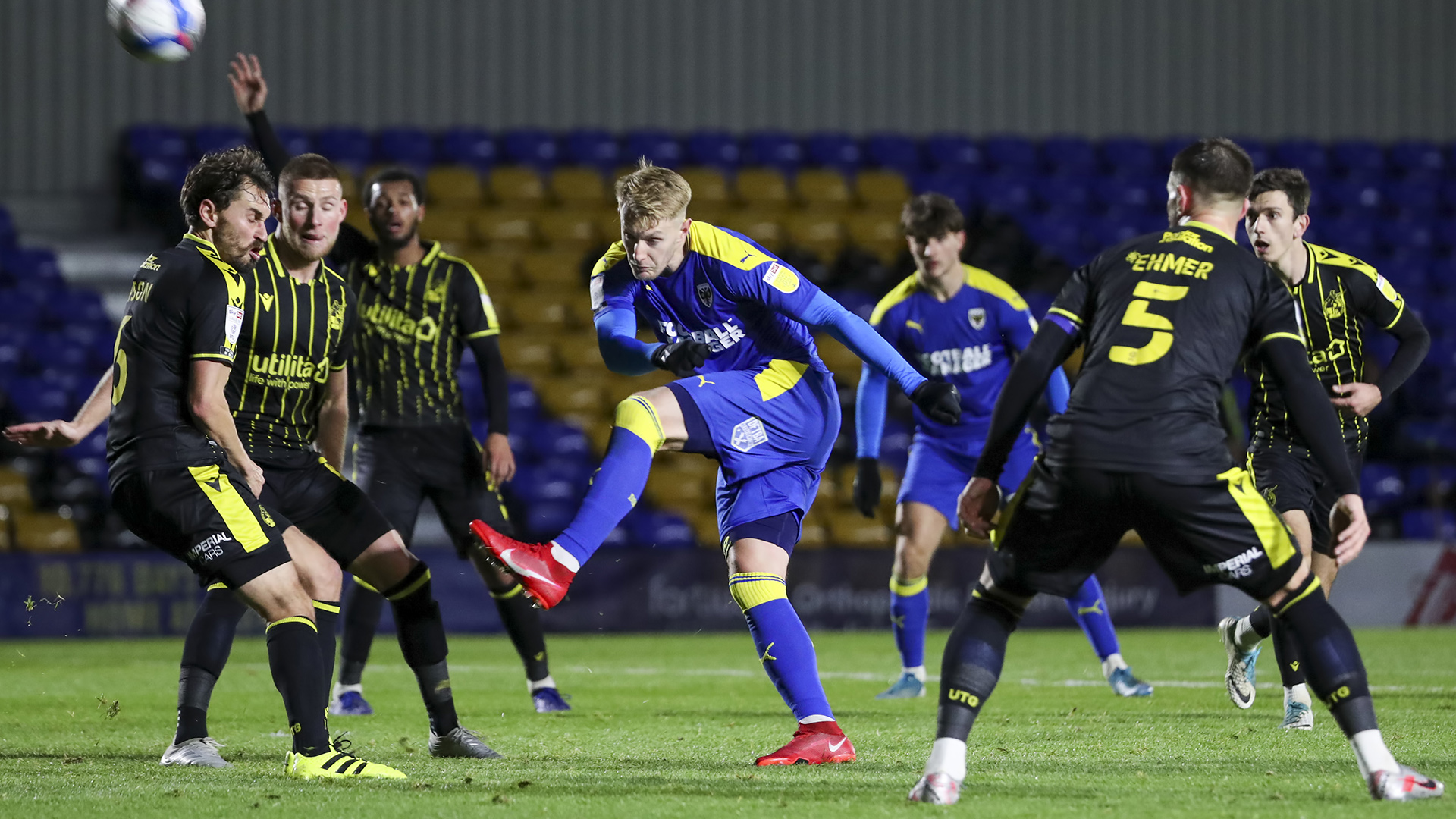