Joy turned to despair for Wimbledon in the final moments today, as Crewe snatched victory with an injury-time goal by Oli Finney.

Ryan Longman's superb strike in the 90th minute appeared to have salvaged a draw for Wimbledon, but there was a sting in the tail as Finney delivered a killer blow less than a minute later to earn a 2-1 victory for Crewe Alexandra. Wimbledon's players had put everything into getting that late equaliser, so it was therefore so frustrating to lose in such circumstances.

Glyn Hodges made one enforced change to his starting line-up with Will Nightingale back in the side at the heart of defence due to an injury to Ben Heneghan. The Dons were taking on an in-form side with Crewe coming to Plough Lane unbeaten in six matches in all competitions. Manager David Artell had been very complimentary to Wimbledon in the build-up, praising the club’s achievement in getting back to Plough Lane and stating how much he was looking forward to visiting our new stadium. His side certainly seemed to share that view as they knocked the ball around well in the early stages, forcing Wimbledon to soak up the pressure and stay in their defensive shape.

The Dons were unable to pose much attacking threat early on as Crewe enjoyed the majority of possession, but Terell Thomas produced a lovely run, before almost picking out in-form striker Joe Pigott through the middle. Just a minute later and the visitors created the best chance so far when Luke Murphy found Owen Dale in space, but he dragged his shot wide. Wimbledon’s strike pairing of Pigott and Ryan Longman had only scraps to feed off, but they were both working tirelessly in attack. Longman came so close to getting on the end of a lovely cross from the left by Callum Reilly, as Wimbledon offered only fleeting moments of attacking threat in the first-half. Pigott also headed over the crossbar, but it was only a half chance for the Dons.

The best chance of the first 45 minutes came Crewe’s way just before the half hour when a fine move ended with Oli Finney found in space just 10 yards out, but he struck over the crossbar. That was a real let-off for Wimbledon and Crewe had their best spell so far after the half hour mark. Another chance fell to Dale, but he failed to keep his composure as he shot wide from inside the area. At the other end, Callum Reilly produced a lovely run on the right side, cutting in from the flank to create space, but his shot was blocked.

Wimbledon had to defend diligently during the first-half and Steve Seddon showed good defensive qualities to get in a vital header at the back post to deny Crewe another chance. The half-time whistle sounded with the score at 0-0. Though Crewe had enjoyed the better of the first 45 minutes, creating two decent chances, Wimbledon were still well in this game.

The second-half started with Crewe putting together a decent move that ended with Mikael Mandron finding space just inside the box for a shot, but his effort was too close to Connal Trueman, who saved comfortably. It seemed that Wimbledon were coping better with Crewe’s expansive passing style in the second half, but then came a goal out of the blue on the hour. A fine move down the Crewe left caught out Wimbledon and full-back Harry Pickering got in a cross that was steered home by Mikael Mandron at the back post.

It was going to require character for Wimbledon to turn matters around after that setback. Glyn Hodges made a double change with Ollie Palmer and Ethan Chislett introduced for Joe Pigott and Jack Rudoni. With Wimbledon making little impression though as an attacking force, there was another change in the 69th minute with Anthony Hartigan replacing Terell Thomas. Wimbledon had chances in the latter stages, and really good ones too, but the Dons were unable to make them count. Hartigan sent over a lovely delivery from a corner on the left that picked out Will Nightingale, but he headed wide from close-range. Then Wimbledon came even closer when Longman burst into the area and had his shot parried by Will Jaaskelainen. A goal seemed inevitable when Steve Seddon followed up, but his effort was cleared off the line.

The Dons continued to apply pressure in the latter stages, and an equaliser arrived in the 90th minute through Ryan Longman. The young forward showed lovely skill to work the space on the left, before striking a clinical effort into the bottom corner. That should have been it, but there was a sting in the tail as Crewe struck the winner during injury-time. A cross into the box was nodded on by Daniel Powell and Oli Finney steered home from close-range. It was a bitter pill for Wimbledon to swallow, and the manner of defeat after equalising in the final minute of normal time was tough to take. After a punishing recent schedule, there is at least a bit of time for Glyn and the management team to work with the players and pick them up before the Boxing Day trip to Oxford United. 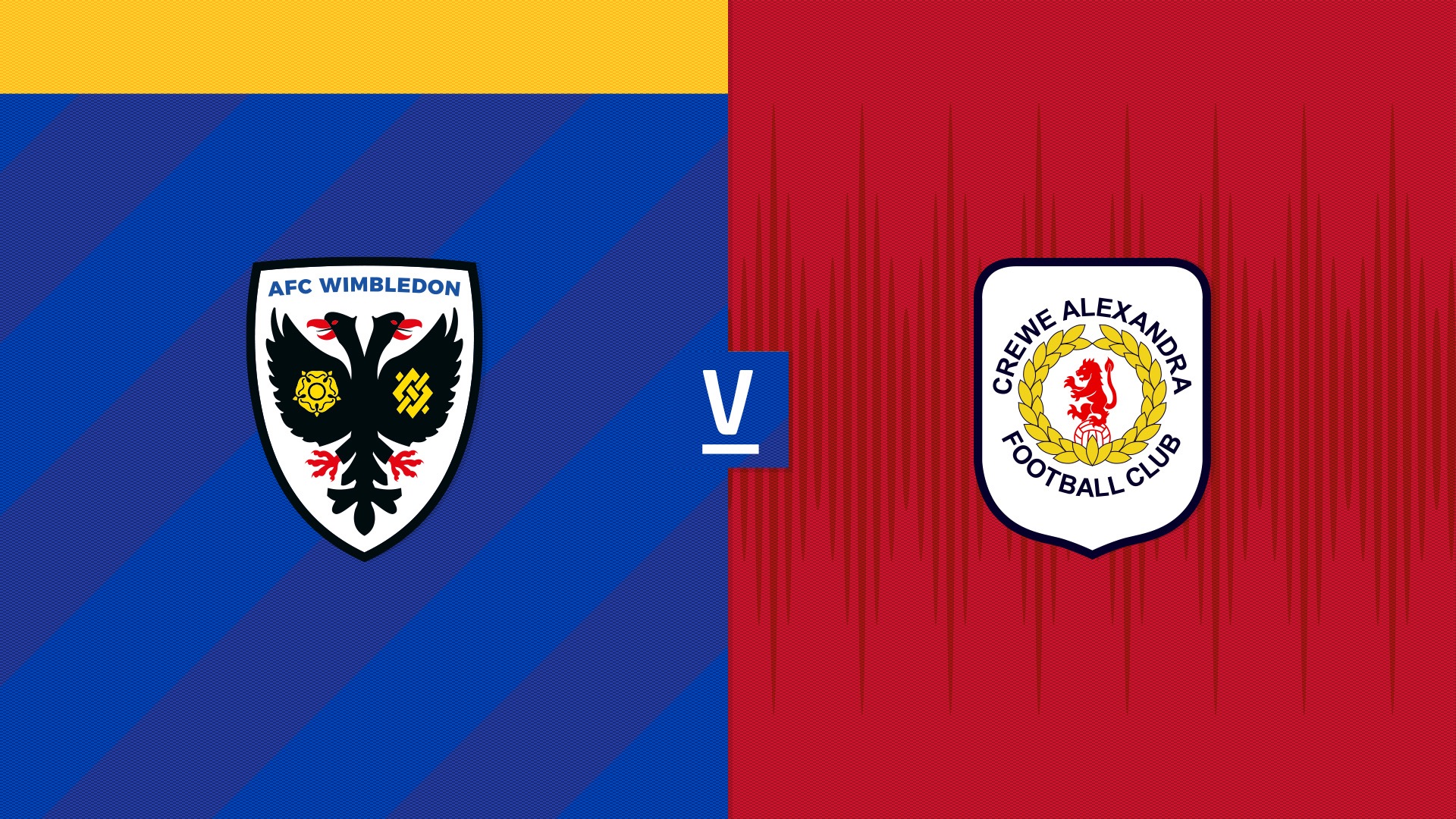 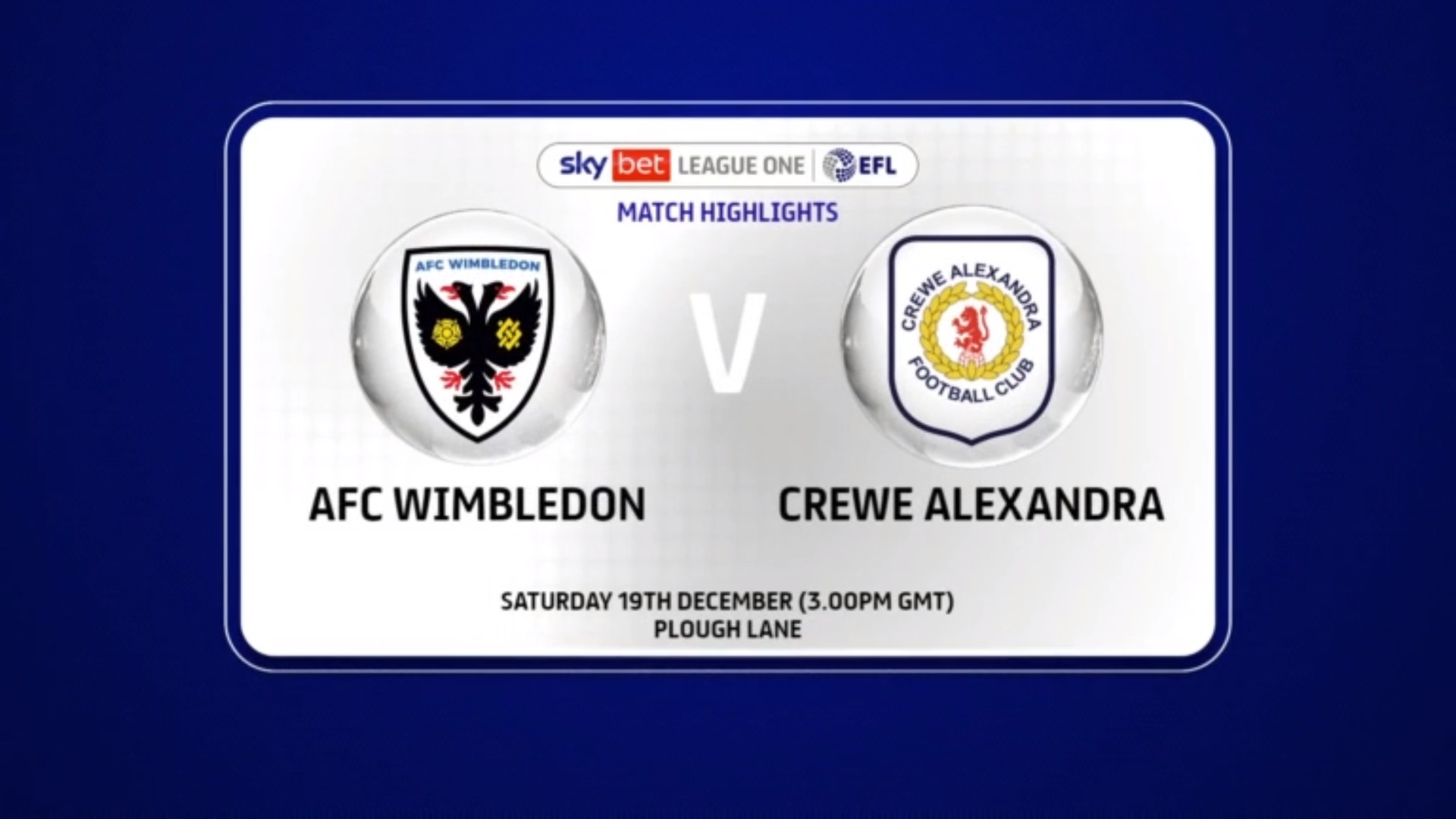 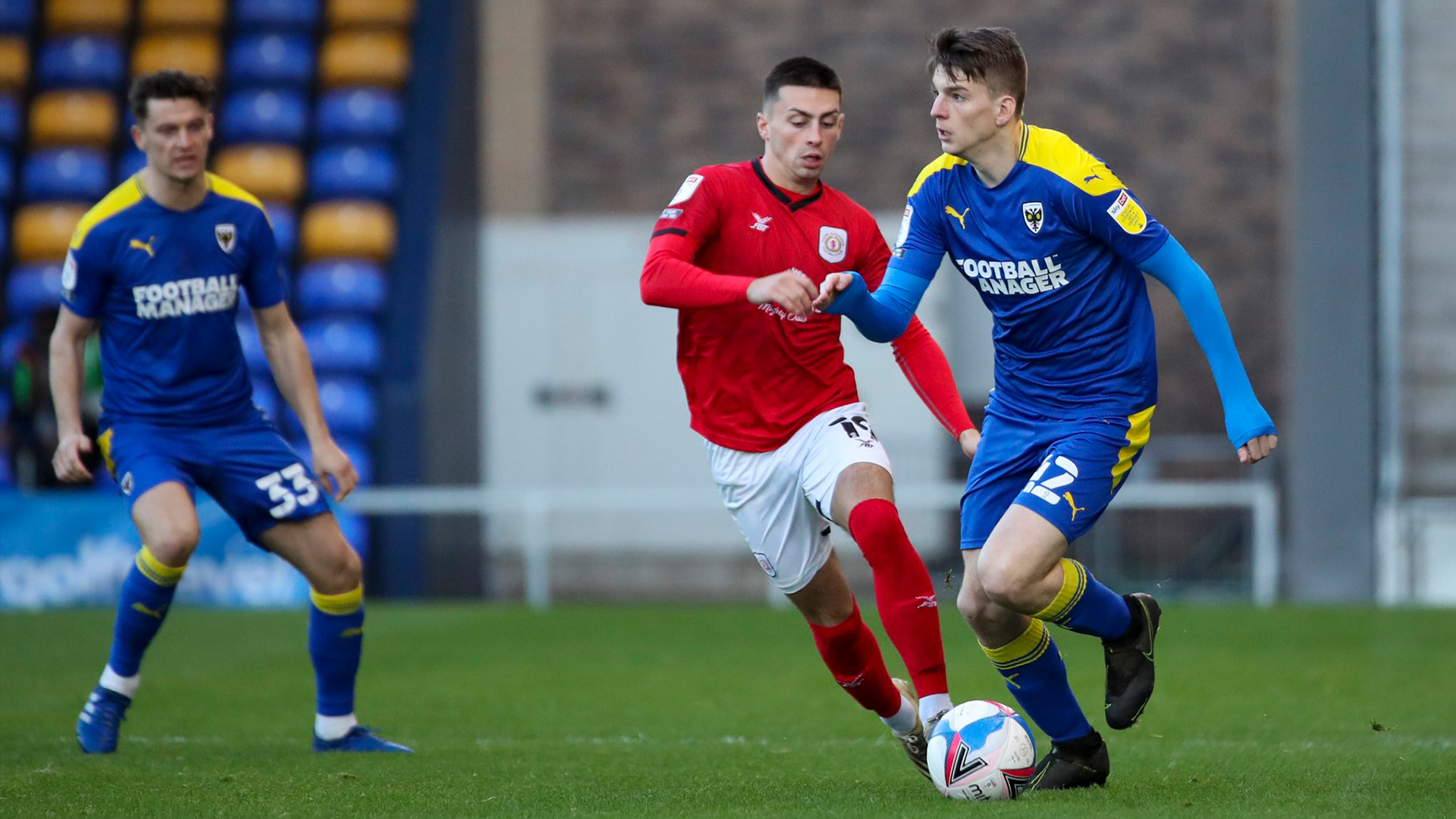