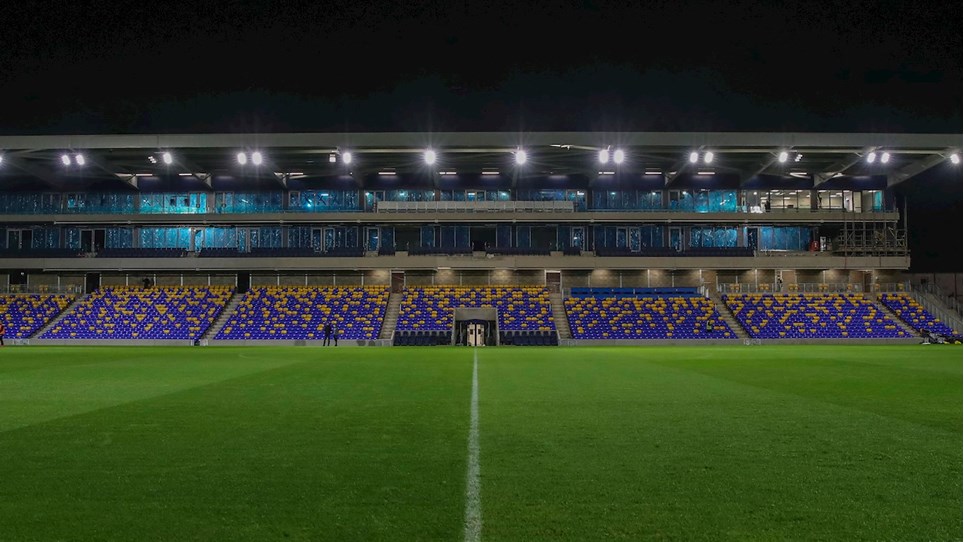 Jack Rudoni struck a fantastic winner in the 89th minute to earn a very important victory for AFC Wimbledon tonight.

Wimbledon produced a resilient display in the second-half to defy Gillingham pressure, before Rudoni fired home brilliantly to secure a 1-0 win. It was a first Dons league victory at Plough Lane since 2 December and it offers Wimbledon a great chance to build momentum in the battle to climb away from the relegation zone. The victory was testament to a brilliant team performance as the Dons dug deep to stay in the game during the second-half, before Rudoni's stunner. With Mark Robinson having guided Wimbledon to six points out of nine since taking over the reins, initially as Interim Manager, the victory offers real hope that the Dons can stay up this season.

Mark Robinson made one change to his starting line-up after the defeat at Peterborough with Ben Heneghan selected to make his first since Boxing Day, Luke O’Neill having to settle for a place on the bench. Heneghan’s inclusion at the heart of defence alongside Will Nightingale meant that Darnell Johnson switched to right-back. The Dons came into this match seeking a first win at Plough Lane since December, but it was going to be a tough task against a Gillingham side that had won at Accrington Stanley and Charlton Athletic in recent weeks.

Wimbledon started this match very positively, pressing their opponents and having the better of early possession. Jack Rudoni’s skill on the right flank proved to be a useful outlet early on and he sent over a lovely cross that Joe Pigott came close to getting on the end of. Wimbledon were managing to get plenty of joy down that right side early on with Johnson showing up very well. The powerful defender produced a surging run down the right before sending over a dangerous cross that Pigott just failed to reach.

As we approached the midway point of the first-half, Gillingham were starting to exert a bit of pressure from set pieces, something that Mark Robinson had fully prepared his side for in the build-up. Johnson showed his physicality at the other end by reacting well to clear a well delivered corner at the near post. However, Wimbledon were continuing to cause problems for Gillingham. Ryan Longman’s speed and directness got him into the penalty area on the right side and in behind the Gills defence, but he delayed his shot and was unable to find Pigott, who was left frustrated. The best chance of the half came on the half hour when lovely play on the right by Rudoni was followed by a fine cross into the box and the ball fell nicely for Ethan Chislett, but he shot over from close range.

The first-half ended with Wimbledon coming so close to breaking the deadlock. Ryan Longman showed good movement to break into the box and he struck a fine effort that Jack Bonham did very well to save. As the half-time whistle shrilled Wimbledon could be pleased with the first-half display, but the Dons needed to do what they failed to do at Peterborough and maintain it.

Gillingham started the second-half with a bit more ambition and substitute Jordan Graham forced Sam Walker into a save less than two minutes after the break. The visitors continued to be a threat from set pieces, but Wimbledon stood up to the challenge, showing resolution that had been lacking in previous months. When Ogilvie did find space in the box just before the hour, he headed wide of the target.

As the second-half progressed Gillingham were increasingly launching balls into the box, either from set pieces or by picking out John Akinde through the middle. However, Will Nightingale and Ben Heneghan defended stoutly at the heart of defence. At the other end, Rudoni found space on the wing and sent over a delightful cross that no one was able to get on the end of. There was relief in Wimbledon ranks in the 72nd minute when Gills squandered a great chance to take the lead. Vadaine Oliver missed a gilt-edged opportunity from just a few yards out as Wimbledon were fortunate to stay on level terms.

Though Gillingham continued to press in the latter stages, Wimbledon held firm and there was a thrilling conclusion through that man Rudoni. There appeared to be little danger when Rudoni cut inside from the right, but he unleashed a superb strike that found the top corner despite Bonham getting a hand to it. 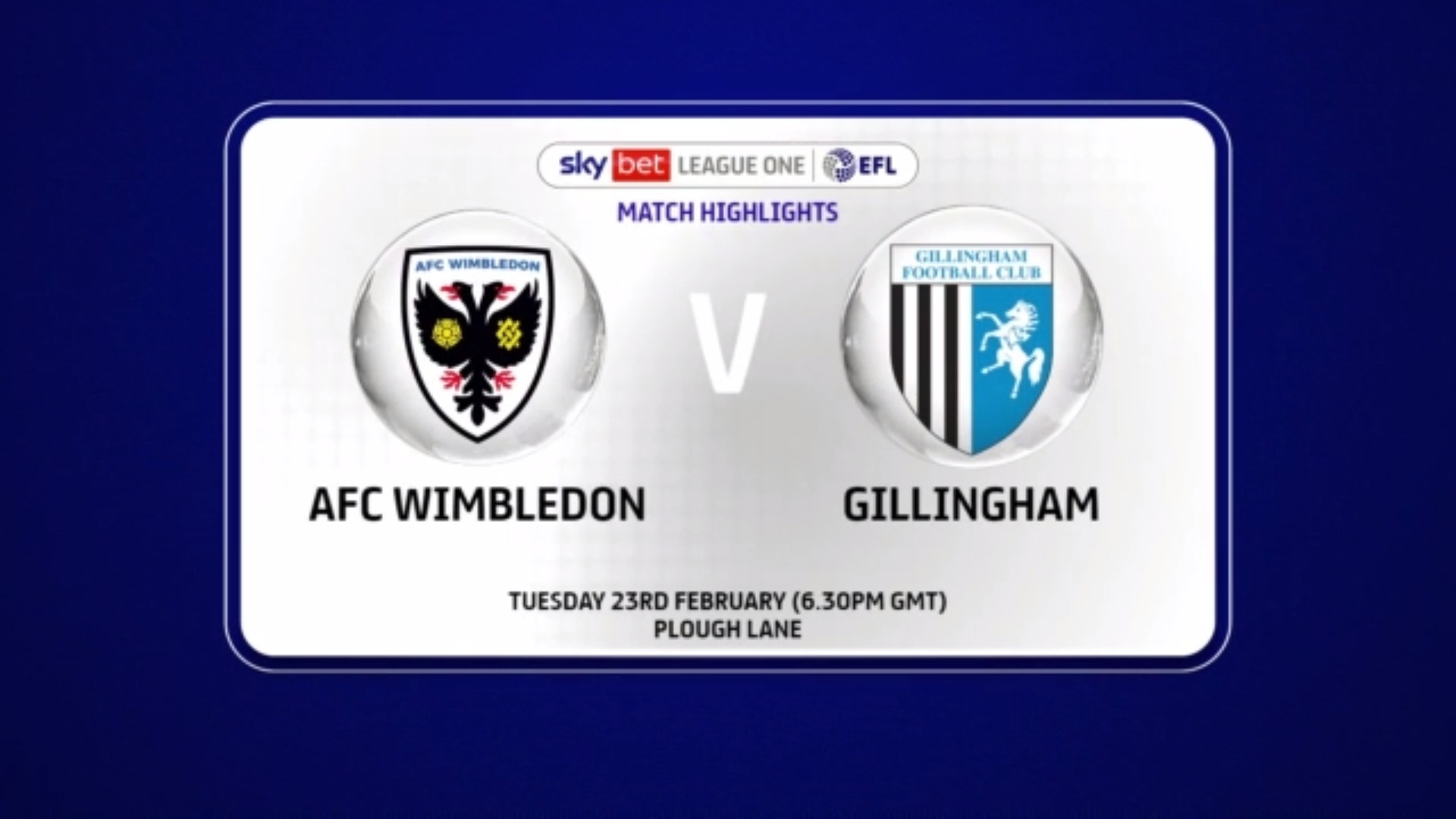 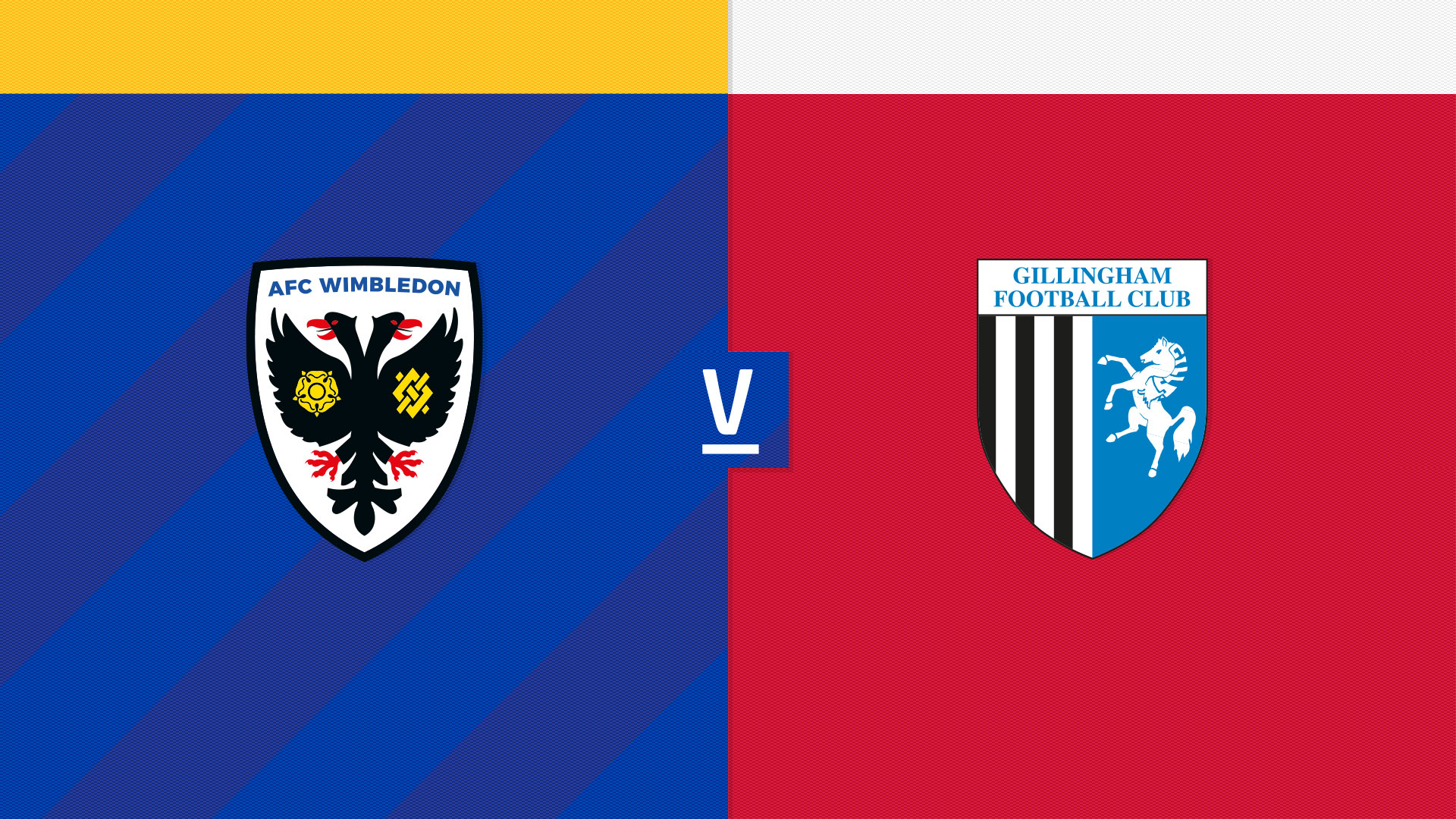 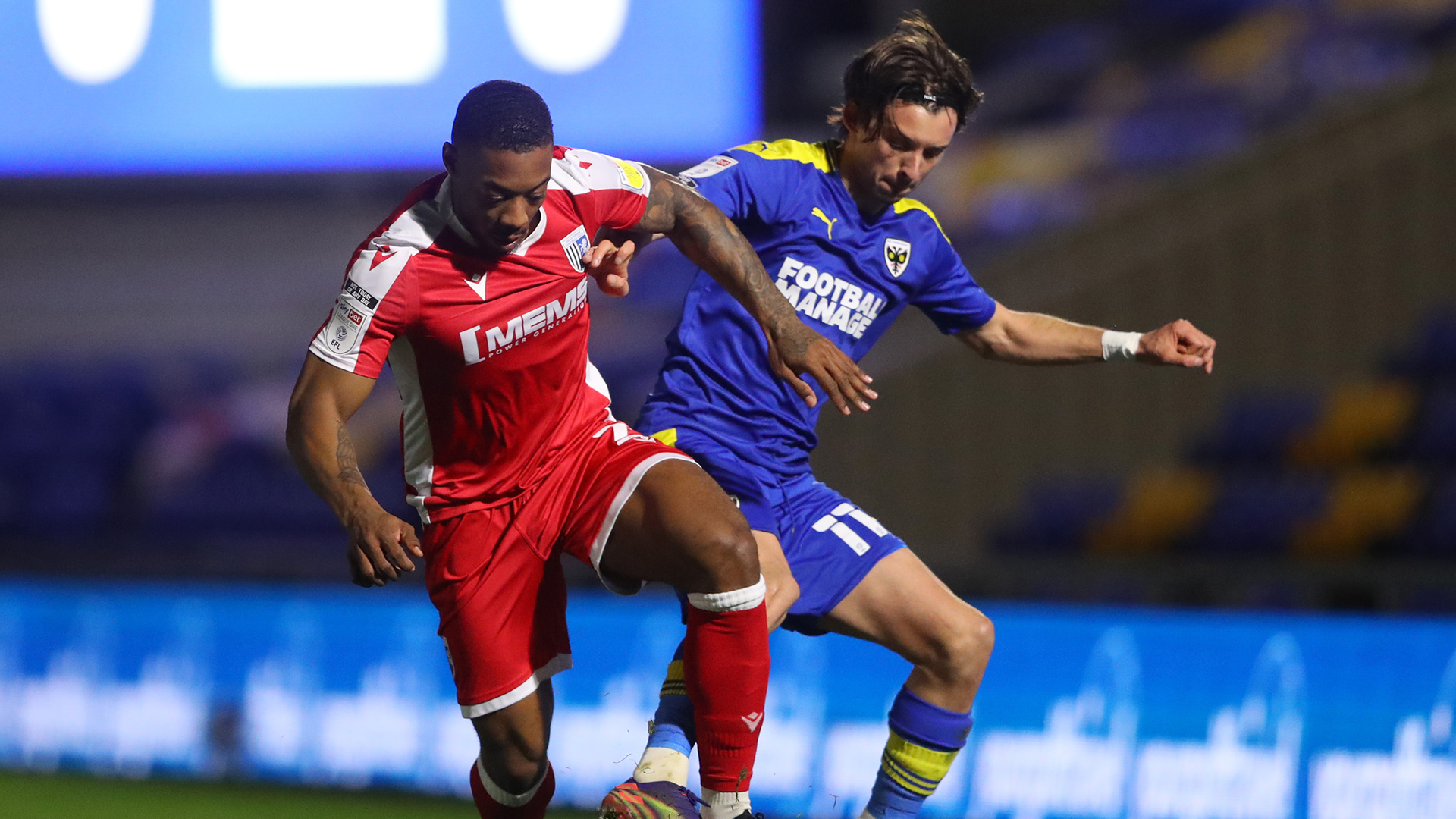