The 3-0 win for the visitors was aided by two debatable penalty awards, but Hull were too strong on the day with Grant McCann's side bouncing back to form. The manner of Wimbledon's midweek win, certainly with the intensity of the performance, had suggested a potential upturn in home form, but Hull's overall display was full of quality at both ends of the pitch, and the Dons were never allowed to find their stride.

Following that victory against Gillingham, Mark Robinson decided to select an unchanged starting 11 with the same substitutes too. The Dons were taking on a Hull City side that had slipped out of the automatic promotion places recently, but they did win 5-0 at Wigan a few weeks ago. Mallik Wilks had been a pivotal force for Hull City this season and he had a chance in the first two minutes, but his shot was straight at Sam Walker. In response, Jack Rudoni did well to win a free-kick 30 yards out, but Joe Pigott’s subsequent free-kick flashed over the crossbar.

A feature of Wimbledon’s bright start was good passing by George Dobson to get attacking moves started for Wimbledon. Darnell Johnson, who was deployed at right-back once again, showed his attacking qualities with a superb cross from the right that Hull just managed to clear at the near post. As we approached the 20 minute mark, Hull were attempting to take a grip on this game by utilising the strength of target man Josh Magennis. The Northern Ireland international was offering aerial threat for the visitors and he found space in the area to reach a corner first, but his header flashed over the crossbar.  Hull had forced five corners before the 20 minute mark and the Dons were having to defend resolutely to deny the visitors.

Hull were given a golden opportunity to take the lead in controversial circumstances in the 24th minute. It appeared to be a fair challenge by Ben Heneghan in the area on Keane Lewis-Potter, but the referee thought otherwise and a penalty was awarded. Magennis made no mistake from 12 yards, and it was going to be a real test of character now for Wimbledon after falling behind early on against one of the leading lights in the division.

A good response followed from the Dons with Dobson cutting inside and unleashing a shot that was deflected, but Hull keeper Matt Ingram watched it all the way to save. At the other end, there was no let-up from the visitors in search of a second goal and it needed a superb last-ditch block by Dobson to stop Hull from doubling the advantage. However, it was only a temporary reprieve as Hull doubled the advantage in the 43rd minute. A free-kick was delivered into the box from Hull’s right flank and a header on by Magennis found Reece Burke, who steered home from close-range.

In establishing a 2-0 lead by the break, Hull had given a clear demonstration of why they could be a Championship club again come May. However, the manner of the second goal conceded was disappointing and Wimbledon needed much more attacking thrust in the second-half to stand any chance of getting something from the game.

The second-half started with a swift start by Hull as they attempted to seek a killer third goal. Real misfortune was almost punished when Nesta Guinness-Walker slipped over as last man and that presented George Honeyman with a great chance, but his shot was saved by Sam Walker, who then denied Wilks shortly afterwards. In a spell when Hull went all out for a third goal, Magennis also shot just wide.

Mark Robinson made his first substitution on the hour with Shane McLoughlin introduced for his second substitute appearance after injury. In a change from earlier this season, the Irishman was deployed in a midfield role to utilise his energy. Before that had a chance to work it was 3-0 to Hull City. It came after another debatable penalty award. Though Woodyard did impede Wilks in the penalty box, the Wimbledon midfielder appeared to be fouled first, but the referee thought otherwise and pointed to the spot with Wilks making no mistake from 12 yards.

It was difficult for any of those players introduced to make an impact as Hull stayed switched on, showing the defensive solidity that will surely see them in the mix for promotion. Joe Pigott attempted to earn a consolation with a shot across the face of goal, but it was cleared. Oksanen came even closer when he struck a fine effort from distance during injury-time, but Ingram saved brilliantly. On a tough afternoon for the Dons, a consolation failed to materialise, but there is no time for the players to feel sorry for themselves with a trip to Shrewsbury coming up on a Tuesday. 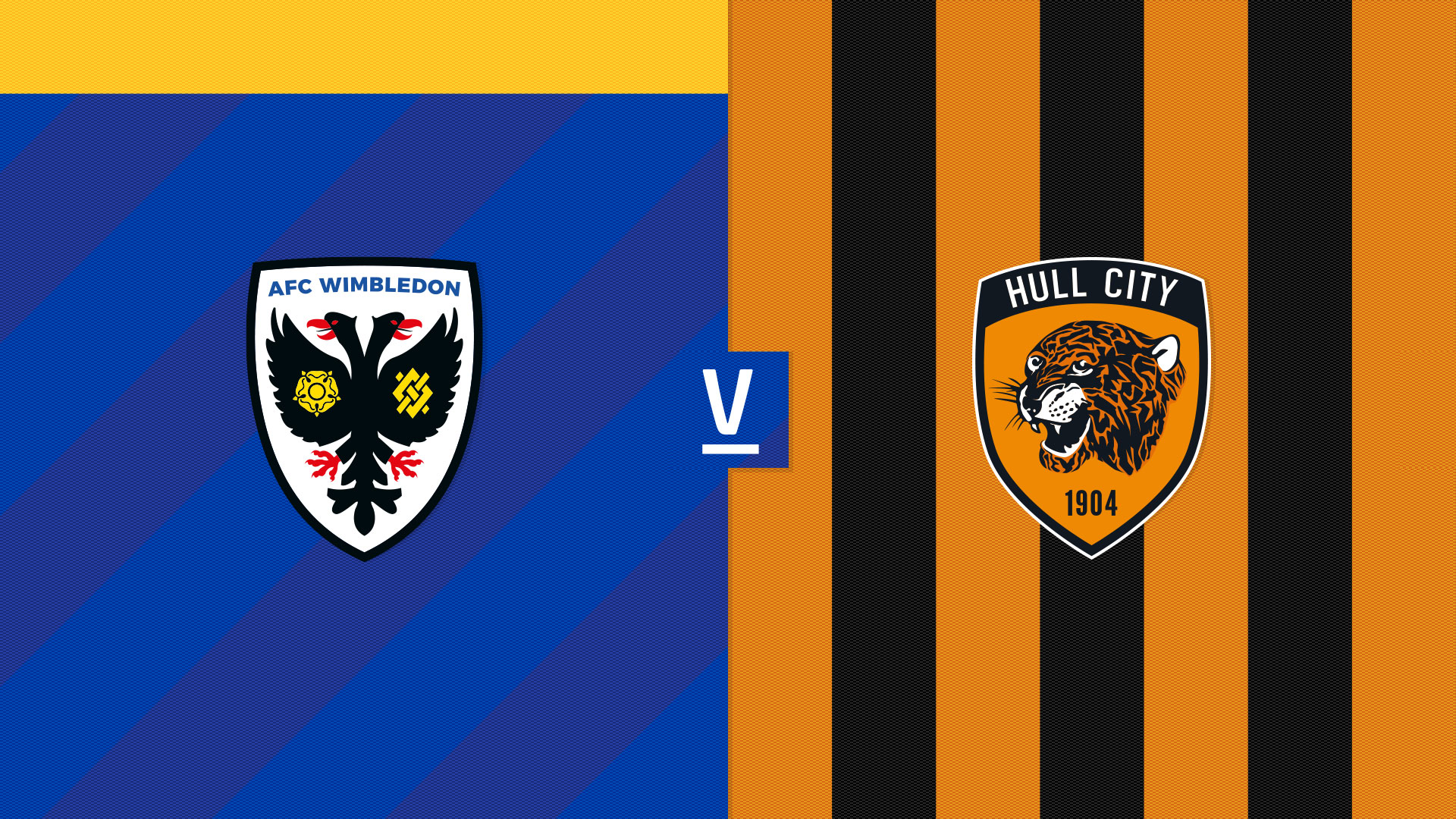 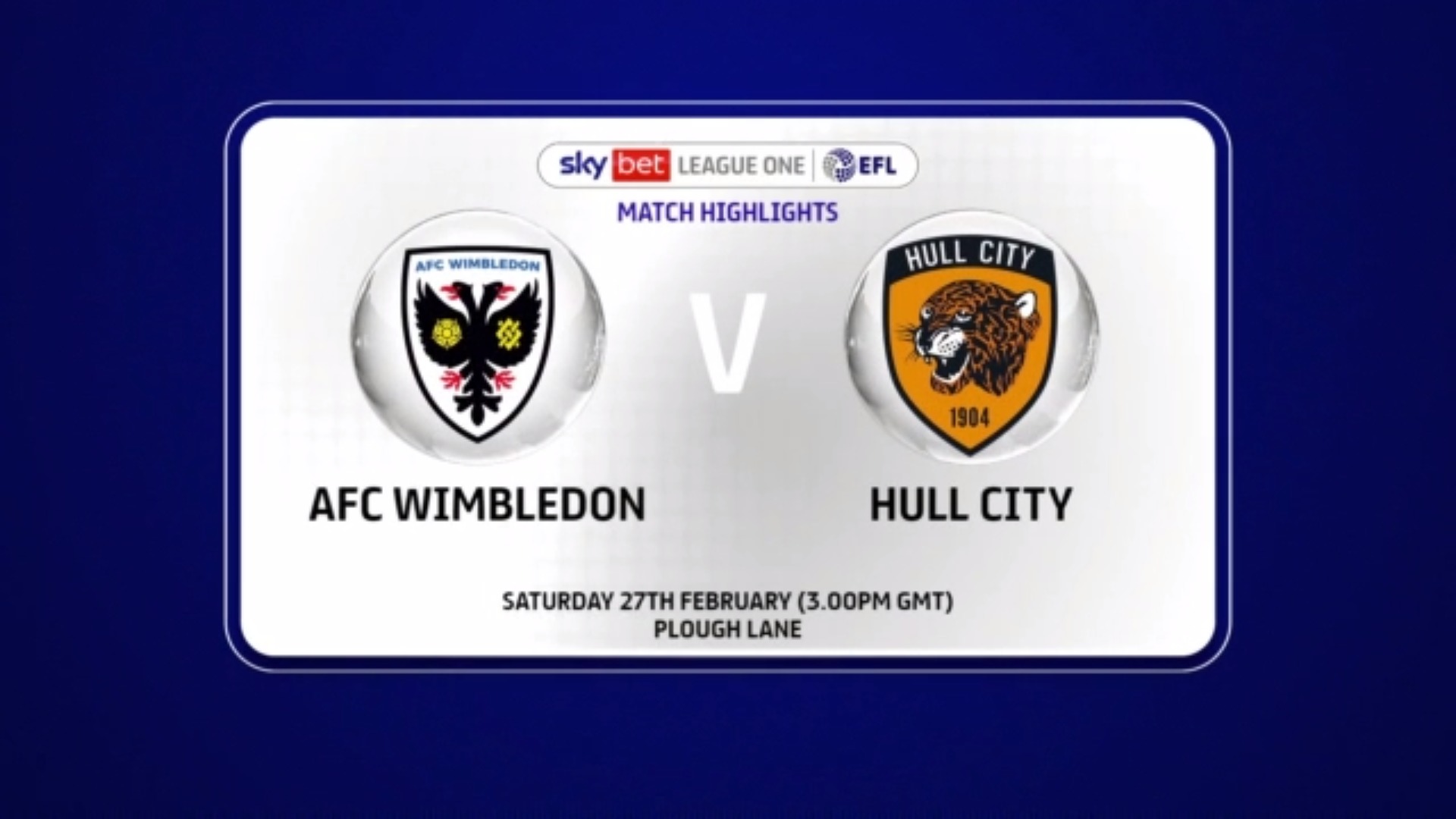 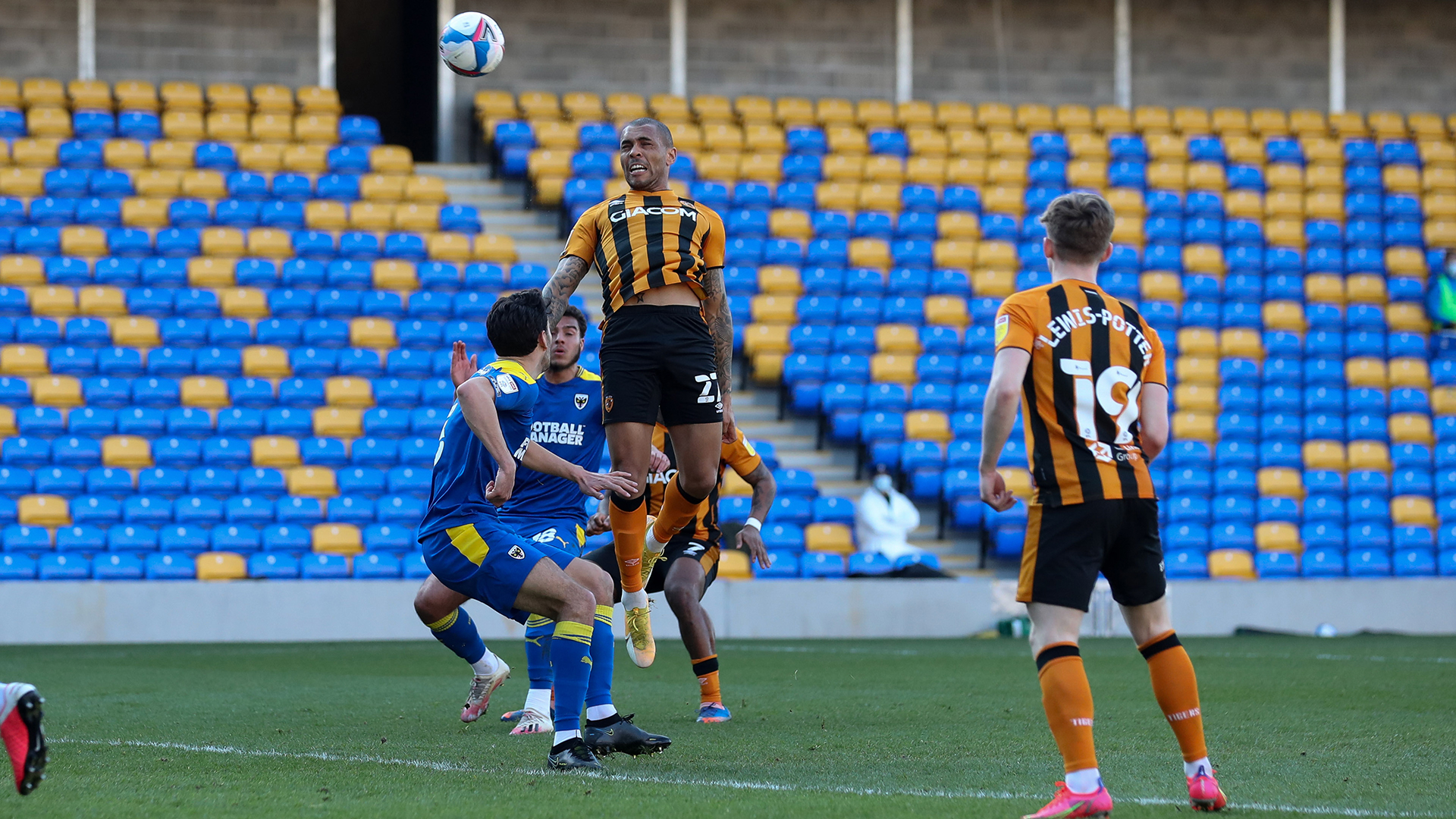