AFC Wimbledon were eliminated from the Papa John’s Trophy tonight with a goal by Ethan Chislett offering consolation value only.

Chislett struck with 12 minutes to play, but by that time Wimbledon were three goals down, and a near miss by Ryan Longman just failed to reduce the arrears as Oxford triumphed 3-1 at the Kassam Stadium. Interim Manager Mark Robinson expressed his disappointment afterwards with the manner of the goals conceded, but there were also positives to take. Nineteen-year-old Archie Procter produced a promising display on his full debut and the Dons finished the game with several players that progressed through our academy.

AFC Wimbledon’s line-up for this match at the Kassam Stadium included just six players that had started the league game on Saturday, injuries and unavailability limiting Mark Robinson’s options. Archie Procter was handed his full Dons debut, eight years after joining us from Esher Wizards. After progressing through our academy ranks and captaining the Under-18s, it was a big night for Procter, who had a late call-up to the team with Will Nightingale’s partner due to give birth. There was a particularly young substitutes’ bench for Wimbledon with Under-18s defender Ethan Sutcliffe on first-team duty for the first time.

With a young side out on the pitch, it was always going to be a difficult task for the Dons against an Oxford side that came into this match seeking a ninth successive victory at a venue where they had already got the better of us twice this season. A first chance of this game was fashioned by Wimbledon in the ninth minute when Shane McLoughlin produced a fine run through the middle, before picking out Ryan Longman, but he shot over the crossbar from an acute angle. The hosts opened the scoring with their first meaningful attack in the 13th minute. A diagonal ball from Elliott Moore out to the left found Josh Ruffels and he delivered a dangerous cross that Sam Winnall headed home after Sam Walker had failed to gather.

There was a good chance for Wimbledon to hit back when McLoughlin headed wide at the far post after getting on the end of a well delivered corner by Jack Rudoni. However, the hosts doubled the advantage just before the half hour. It started with a good run by Olamide Shodipo down the Oxford left and he cut the ball back for Winnall, who was once again allowed to find space in the box, and he made no mistake from close-range. At this stage, Oxford were threatening to run riot and Sam Walker did well to palm away a fiercely struck free-kick by Rob Hall.

At 2-0 down, it was a real test of character now for Wimbledon, but what followed was a really good attacking spell. Ethan Chislett worked space inside the area with a smart turn, and he did very well to get in a shot under pressure, but his effort produced a superb finger-tip save by Oxford keeper Simon Eastwood. Shortly afterwards, there was another chance for Wimbledon with Cheye Alexander having a clear sight of goal from an acute angle, but he fired into the side netting. Chislett’s influence was growing as the first-half progressed, the midfielder finding space in good attacking areas, and he picked out Joe Pigott with a fine cross from the left, but our top scorer shot wide.

It had been a very encouraging response from the Dons since conceding the second goal and Oxford keeper Eastwood was forced into another save when he got down well to turn away Pigott’s shot, before Jack Rudoni struck the rebound wide. Callum Reilly also had a shot saved by Eastwood before the whistle shrilled for half-time.

Mark Robinson made his second change of the night for the second-half with Zach Robinson introduced for Jack Rudoni. Oxford increased the advantage seven minutes after the break. The hosts won the battle for the ball in midfield and Shodipo pounced to charge forward, showing plenty of strength to power through on goal, before beating Walker from close-range.

With an hour gone, Mark Robinson made a double change with Jack Currie and Ayoub Assal replacing Joe Pigott and Paul Osew. With Huseyin Biler also coming on for his debut shortly afterwards to replace Cheye Alexander, it was an increasingly youthful Dons side out on the pitch at the Kassam Stadium. It could have been four when Ruffels shot just wide of the far post. However, Wimbledon’s young side acquitted themselves well, rising to the challenge against more experienced opponents. Left-back Jack Currie, who came on for his Dons debut, sent over a superb cross from the left that fellow substitute Zach Robinson came close to getting on the end of. Biler also showed promise with his energy from the right-back spot. With such a young 11 out there now, there was a risk that Oxford could score a few more and Walker was required to make a fine save to win a one versus one battle against midfielder Cameron Brannaghan.

With 12 minutes remaining, the Dons got one back, a goal that was perhaps deserved on the night after plenty of enterprising attacking play, particularly in the first-half. Jamie Hanson blocked a shot by Longman into the path of Chislett, who finished clinically to register his third Wimbledon goal since joining us last summer. The fact that Wimbledon kept battling to the end was a positive sign. Longman shot agonisingly wide with two minutes of normal time remaining, as Wimbledon’s final chance to set-up a grandstand finish went begging. Though it was disappointing to exit a national competition at the quarter-final stage, there were a lot of positives on the night with youngsters showing that they could be a part of our future. 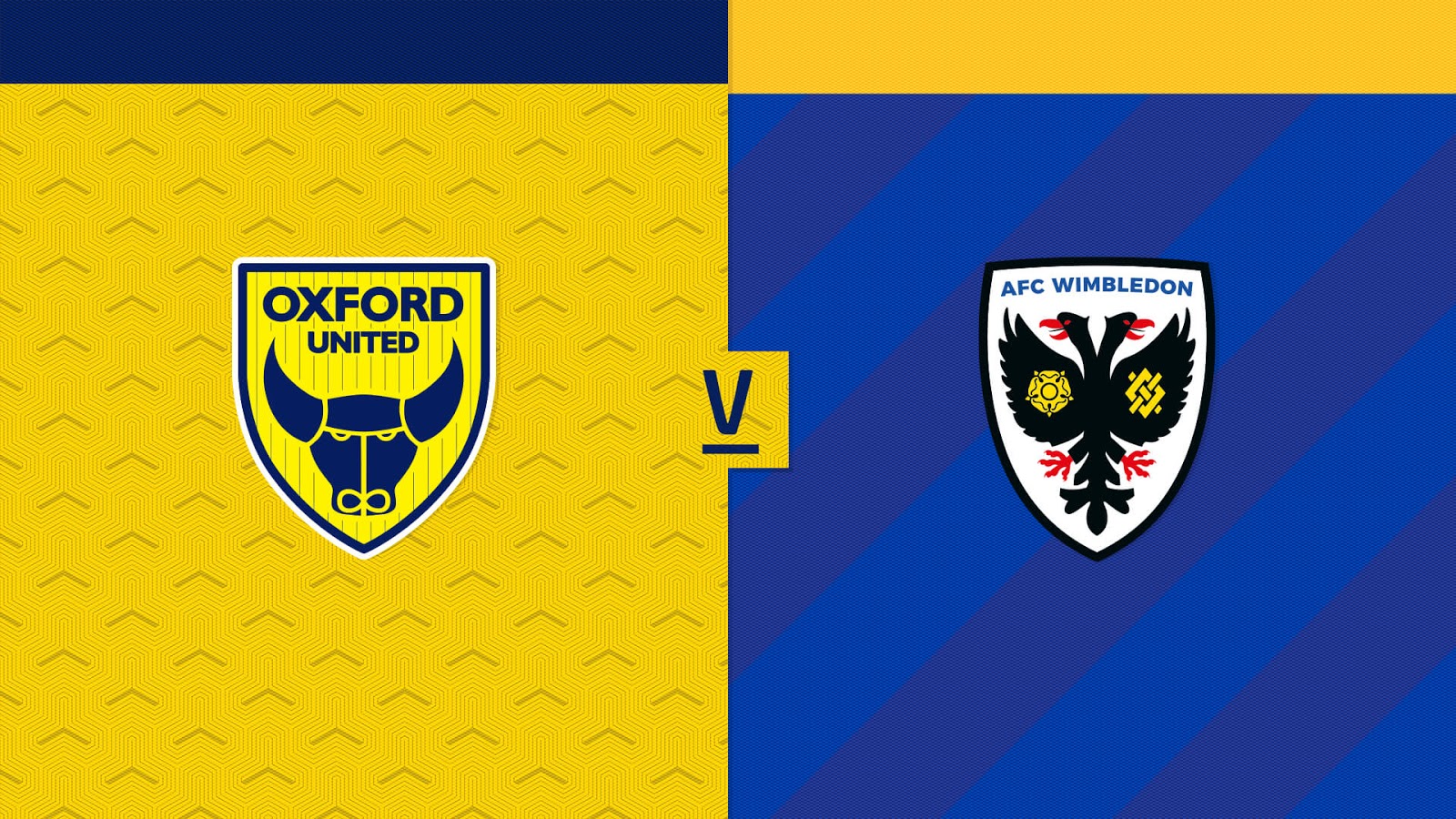 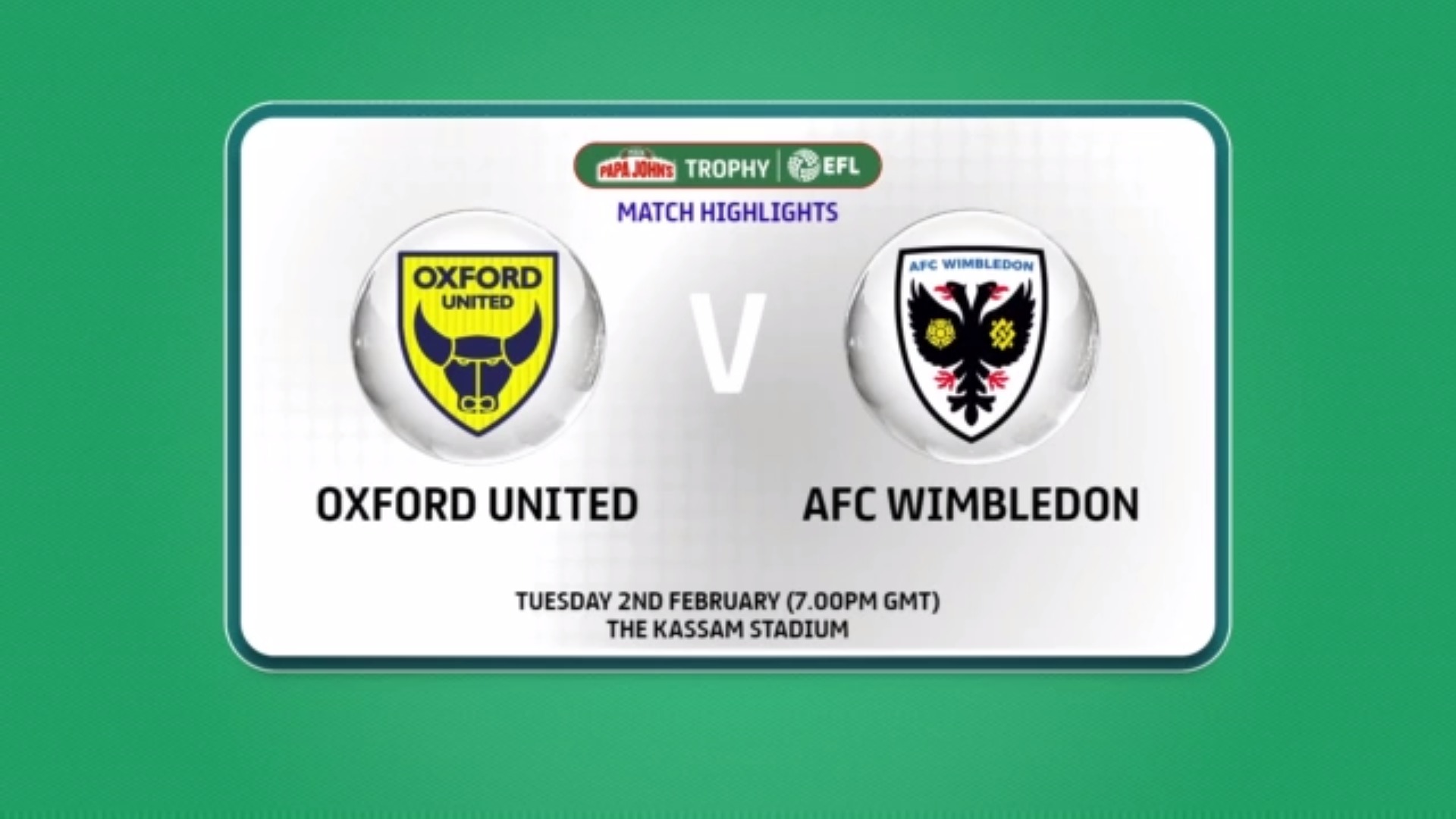 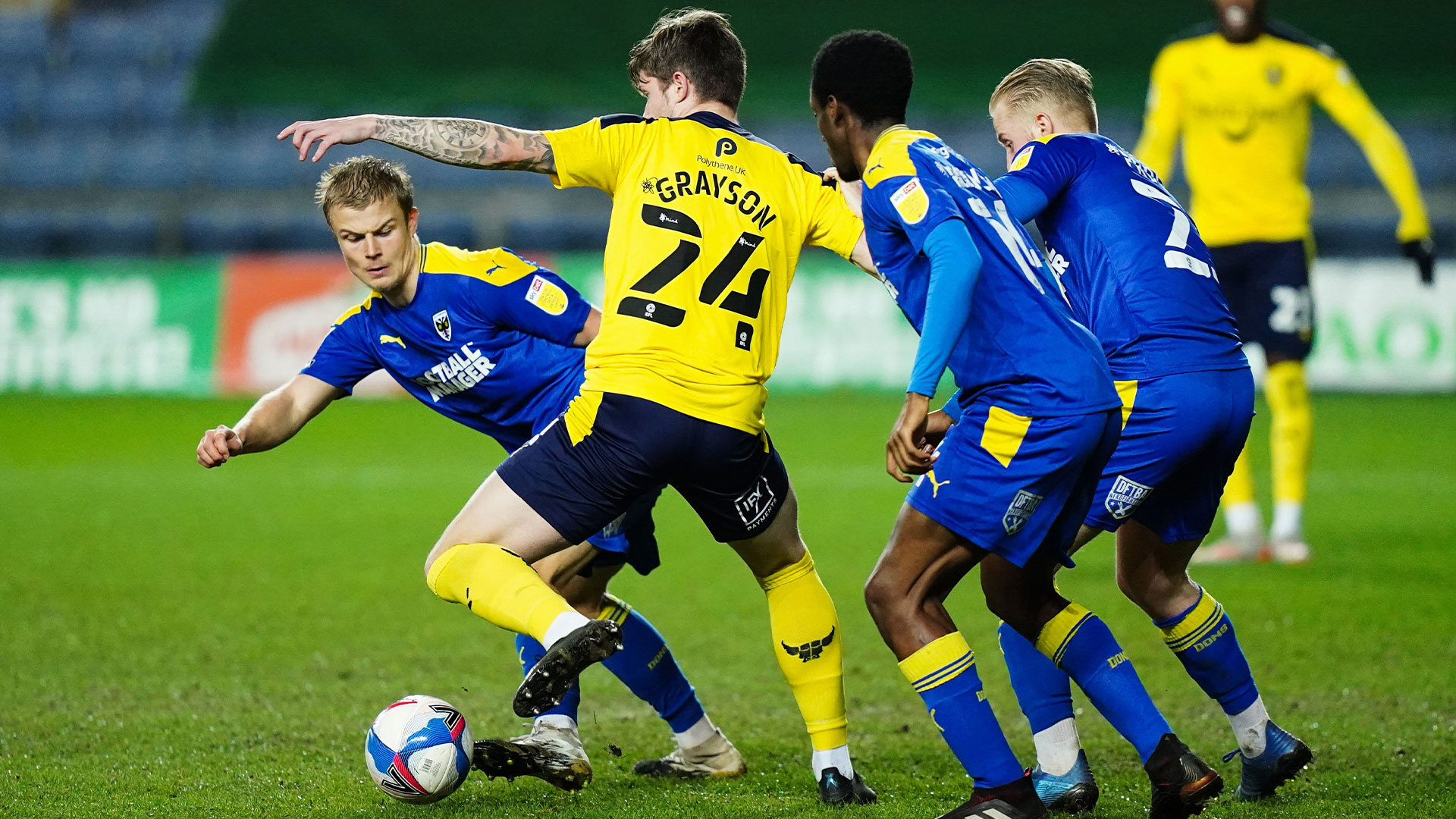