Two goals in four second-half minutes turned the match in Peterborough’s favour today after Wimbledon had threatened to upset the odds in the first-half.

Sammie Szmodics did the damage for promotion-chasers Peterborough with two quick-fire goals, and a fortunate third by Jonson Clarke-Harris earned a 3-0 win for Peterborough. It had all looked so encouraging for Wimbledon earlier on with the Dons having had the better of the first-half. At half-time it appeared that new Head Coach Mark Robinson's bold plans were continuing to take shape after a first 45 minutes that included chances for Wimbledon, Ryan Longman having the best of the openings with a header just wide.

Mark Robinson made just one change to the side that started the victory at Wigan. With Callum Reilly ruled out due to a hamstring strain, Alex Woodyard was recalled to the midfield and he was handed the captain’s armband versus his former club. The Dons came into this match seeking to move away from the relegation zone, but opponents Peterborough offered a stern test as they came into this match on the back of three successive victories.

On a playing surface that was testing to say the least, Wimbledon were put on the back foot from the first whistle, but the visitors maintained a good defensive shape. The first real threat came in the seventh minute when a slick move ended with Joe Ward finding plenty of space on the right, but Dons keeper Sam Walker did well to hold onto his cross. Siriki Dembele wasted no time showing off his silky skills and he found space on the other flank before sending over a cross that the Dons just managed to scramble behind for a corner. The hosts had a real chance to open the scoring when Frankie Kent got on the end of a corner, but he headed wide.

Attacking opportunities were rare for Wimbledon in the first 20 minutes, but the persistence and strength of Darnell Johnson showed what could be achieved with a bit of drive. The on-loan defender kept on going through the middle and his determination set-up a chance for Jack Rudoni, who struck his shot well, but it was too close to Peterborough keeper Christy Pym. As the first-half progressed, Wimbledon came more into this match and chances followed before the half hour. Good play by Nesta Guinness-Walker down the left ended with a cross that was only half cleared and the ball fell nicely for Joe Pigott, but our top scorer shot over the crossbar. An even better chance followed when Luke O’Neill sent over a lovely cross from the right that found Ryan Longman, but he headed agonisingly wide.

As we approached half-time, Wimbledon were increasingly finding space down the flanks and Pigott produced a fine run down the left before crossing into the box, but Jack Rudoni just failed to connect with the ball. Peterborough had found little joy in the first-half against a well drilled defence. Sam Walker was forced into just one save when he stayed alert to turn away a fierce drive from outside the area by Dembele. That was the only shot that Walker had to make in the first-half though as Wimbledon stayed resolute at the back and produced moments of real threat at the other end. The first-half display certainly offered encouragement for the Dons.

Unsurprisingly after a very good first-half, Mark Robinson decided to send out the same 11 for the second-half. However, two goals in four minutes at the start of the second-half put the hosts well in charge. After the ball was given away in midfield by Wimbledon, Dembele pounced to set-up Sammie Szmodics, who finished clinically in the 48thminute. It didn’t take long for Peterborough to double the advantage and it was Szmodics who struck once again, the attacking midfielder latching onto a pass by Nathan Thompson, before striking an angled drive from the right that left Walker with little chance of saving it.

Mark Robinson made a change in the 57th minute and it was a significant one too with Shayon Harrison introduced for Ethan Chislett. Unfortunately, it was a short-lived debut for Harrison. The forward produced a good run to set-up Ryan Longman, who had his shot saved by Peterborough keeper Christy Pym just before it crossed the line. However, Harrison was badly injured during that move and he had to be stretchered off, the match held up by five minutes while he received treatment. It appeared to be a bad injury and one hoped it wouldn’t be as bad as first feared. Cheye Alexander replaced Harrison.

Following that lengthy stoppage, the flow of the game was disrupted with both sides struggling to get going again. The Dons made a treble change with 13 minutes remaining as Ben Heneghan, Paul Osew, and Jaakko Oksanen replaced Darnell Johnson, Jack Rudoni, and George Dobson. As the Dons pushed forward for a route back into the match, it was always going to leave gaps at the back and Szmodics had a chance to seal his hat-trick, but he shot over the crossbar.

Peterborough made it three in the final minute of injury-time in unfortunate circumstances for Wimbledon. An initial shot was saved by Sam Walker, and as the ball rolled towards the line it was cleared by Nesta Guinness-Walker, but it rebounded off Jonson Clarke-Harris and into the back of the net. After such a promising first-half display from the Dons, promotion chasers Peterborough showed their class in the second-half, pouncing on slack defending at the start of the second-half. There is a quick chance for Wimbledon's players to bounce back with Gillingham at home up next on Tuesday. 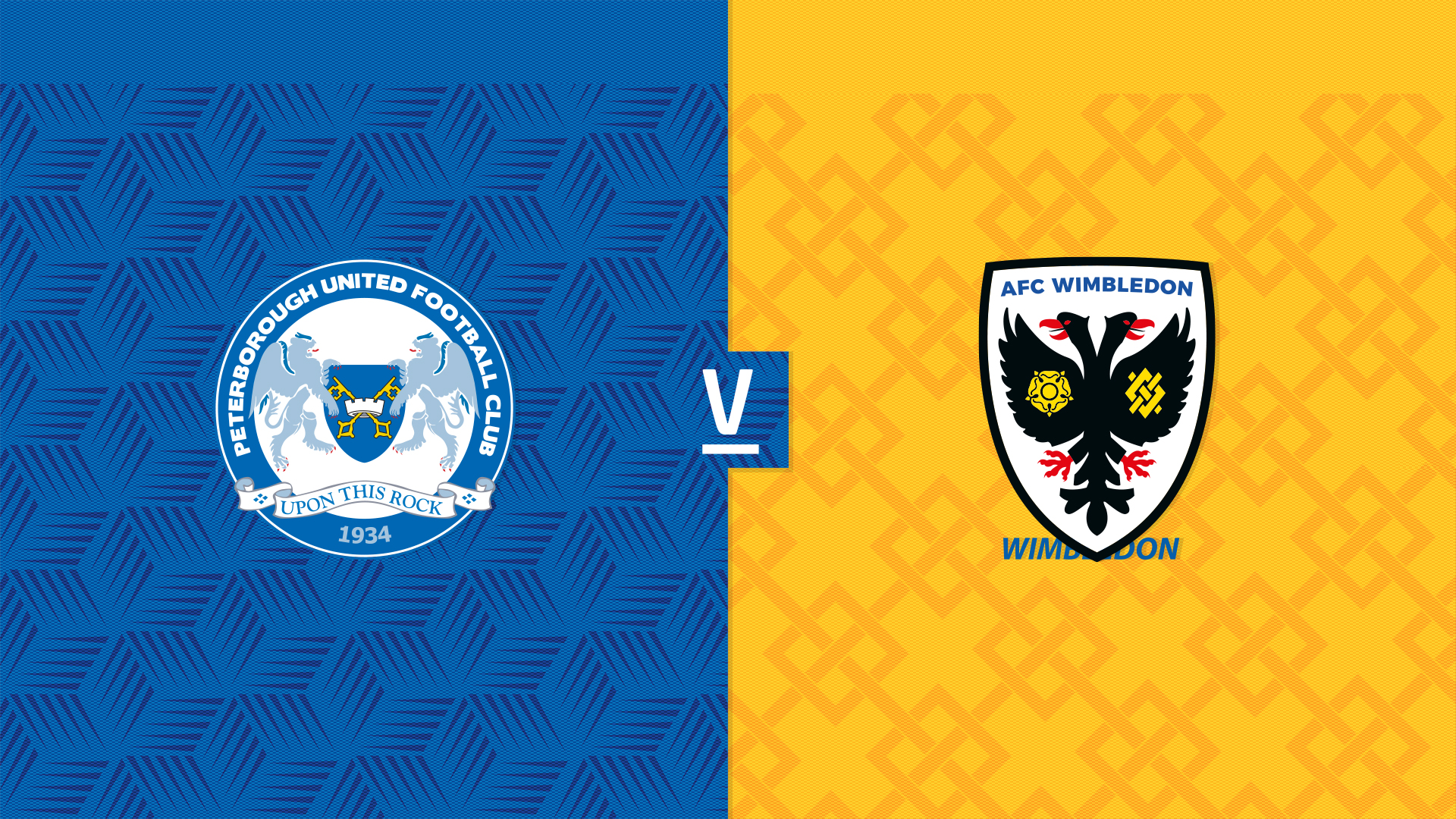 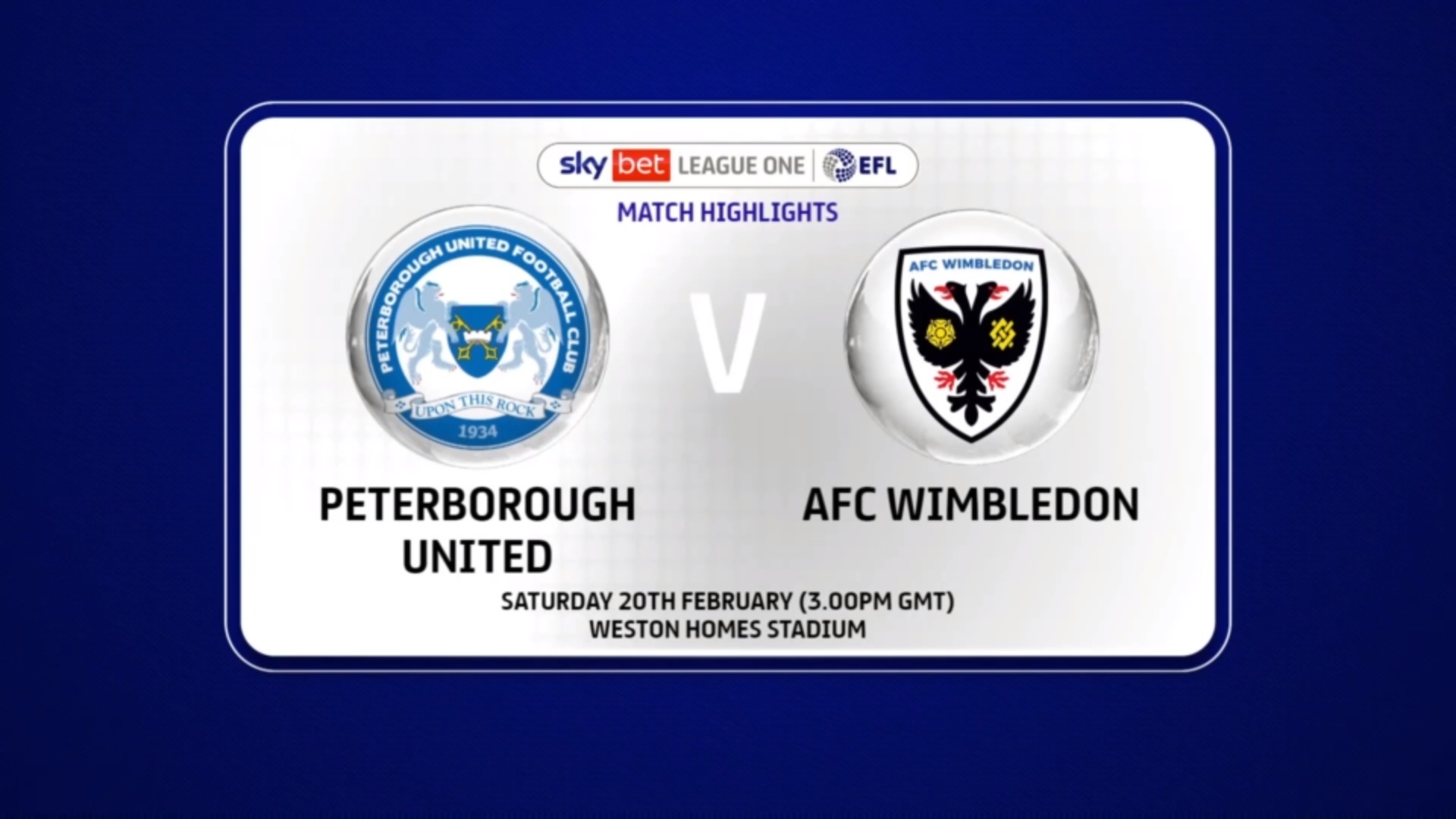 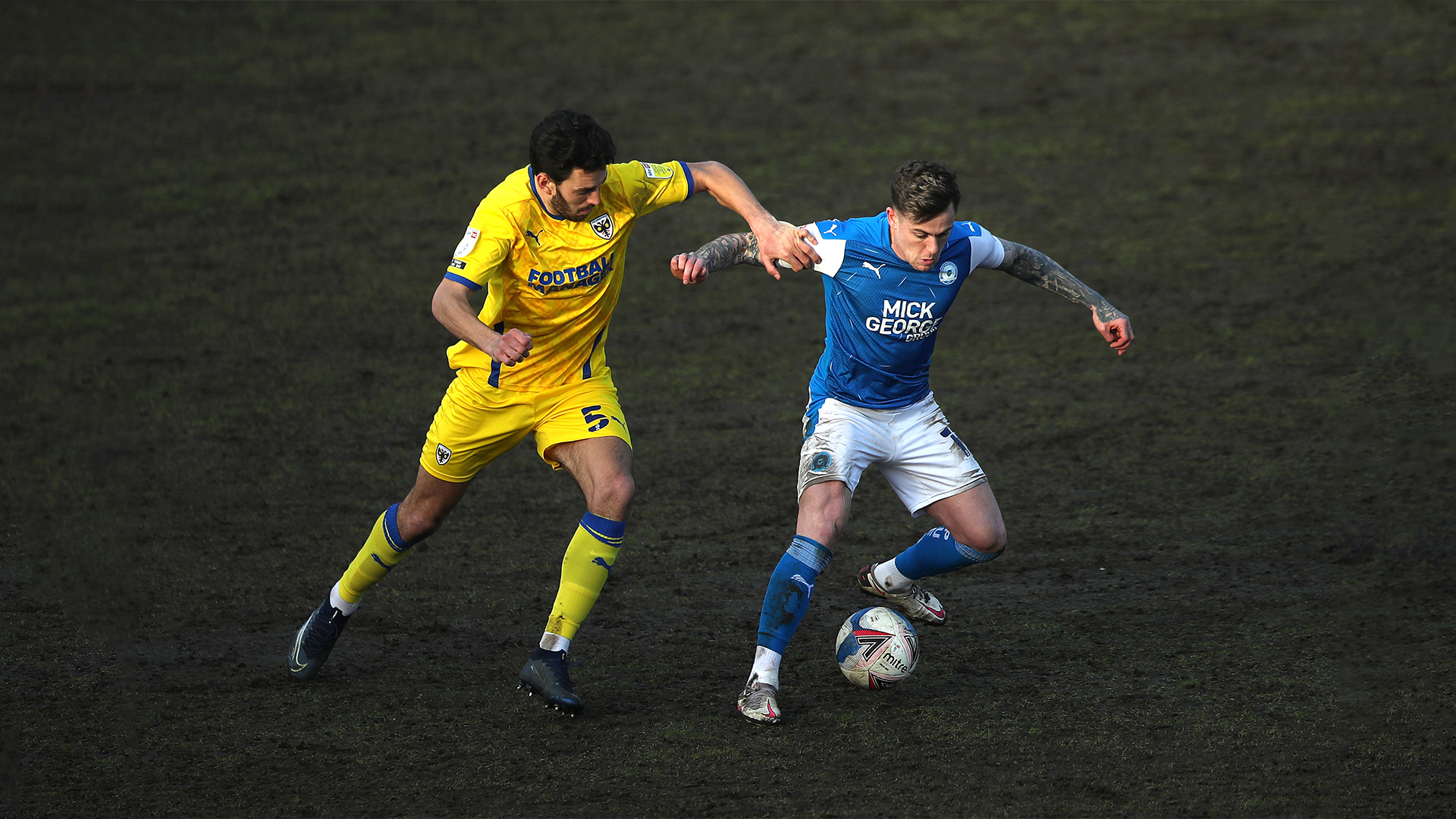