AFC Wimbledon earned a first League One victory since 2 December, thanks to a penalty by Joe Pigott.

Pigott's spot-kick came in the 76th minute after lovely play by Jack Rudoni and it was just what was needed in the circumstances after Wimbledon had squandered a 2-0 lead. The 3-2 victory provided Mark Robinson with his first win as Wimbledon's Interim Manager, bold attacking play in the first-half having put the Dons two-up through goals by Rudoni and Pigott.

With several players back after injury and unavailability, just six players remained from the side that started at Oxford in the Papa John’s Trophy. Darnell Johnson, who was ineligible for that match, partnered Will Nightingale at centre back as part of a back four with Nesta Guinness-Walker and Luke O’Neill on either side of them. Wimbledon came into this match seeking a first league win since early December against a Wigan side that had won just one of its last eight.

Wimbledon made a bright start at the DW Stadium with Jack Rudoni and Ethan Chislett at the heart of the best moves. The Dons appeared to have valid claims for a penalty when Joe Pigott went over in the box in the seventh minute, but the referee thought otherwise. With Wimbledon pressing high and hunting in packs, Wigan were put under pressure and Pigott pounced on a slack back pass to engineer a chance for Rudoni, but he shot just wide. Callum Reilly then had a shot deflected just wide, before Pigott’s shot was saved by Wigan keeper Jamie Jones, as Wimbledon started to turn the screw.

Wigan attacks were rare in the first-half, but Luke O’Neill was required to make a brilliant goal-saving clearance to stop the hosts taking the lead. That intervention by O’Neill turned out to be even more important when Wimbledon marched into the lead in the 22nd minute. Lovely skill by Nesta Guinness-Walker created the chance out of nothing as he turned smartly on the left flank and beat his marker, before he delivered an inch-perfect cross for Rudoni to flick home at the near post. It was Rudoni’s first league goal for the Dons and what an opportunity now to kick on from this. That’s exactly what happened and it was almost two five minutes later. Rudoni turned provider by setting Chislett free and he showed lovely skill to go through on goal, before cracking a shot against the crossbar.

Wimbledon were deservedly celebrating a second just after the half hour when Joe Pigott showed fine composure in the box to slot home his 14th goal of the season, our top scorer set-up by Will Nightingale's superb through ball. With Wigan struggling to conjure up a response, it appeared that the Dons would take a two goal lead into the break. However, that all changed in first-half injury-time when Curtis Tilt met a corner with a header that Sam Walker was unable to keep out of the net. That lapse was a real shame from a Wimbledon perspective after dominating the first-half with impressive passing moves and fine attacking play.

Despite the setback at the end of the first-half, Wimbledon continued to dominate, playing some good football in the process. One eye-catching move involved Guinness-Walker switching the play with a lovely ball out to our other full-back O’Neill, but no one was able to get on the end of his cross. As the second-half progressed Wimbledon started to come under pressure. Just before the hour Wigan had two very good chances. First came a big opportunity for Scott Wootton after he got on the end of a corner at the near post, but he headed wide from close-range. Seconds later, another big chance was squandered when Jamie Proctor went clean through, albeit at an acute angle, but he fired wide of the target.

The hosts did find the equaliser in the 68th minute with a goal that was a very disappointing one to concede from a Wimbledon perspective. A routine cross was delivered into the box that the Dons defence failed to deal with and Jamie Proctor punished the defensive slackness with a clinical finish.

At this stage, it would have been easy for Wimbledon to capitulate after a rotten run of form, but the Dons bounced back to regain a bit of possession and the lead was restored in the 76th minute. The chance came out of nothing as Rudoni chased down a lost cause, stopping the ball from going out for a goal kick with a clever flick that caught out the Wigan defence and keeper Jones brought down Chislett. Pigott stepped up and made no mistake with a cool finish from 12 yards to register his 15th goal of the season.

That was far from the end of the story though as Wigan piled on the pressure in search of a late equaliser. Callum Lang drove wide of the post with a great chance and Proctor headed wide during seven minutes of injury-time, but Wimbledon held on for an important victory. 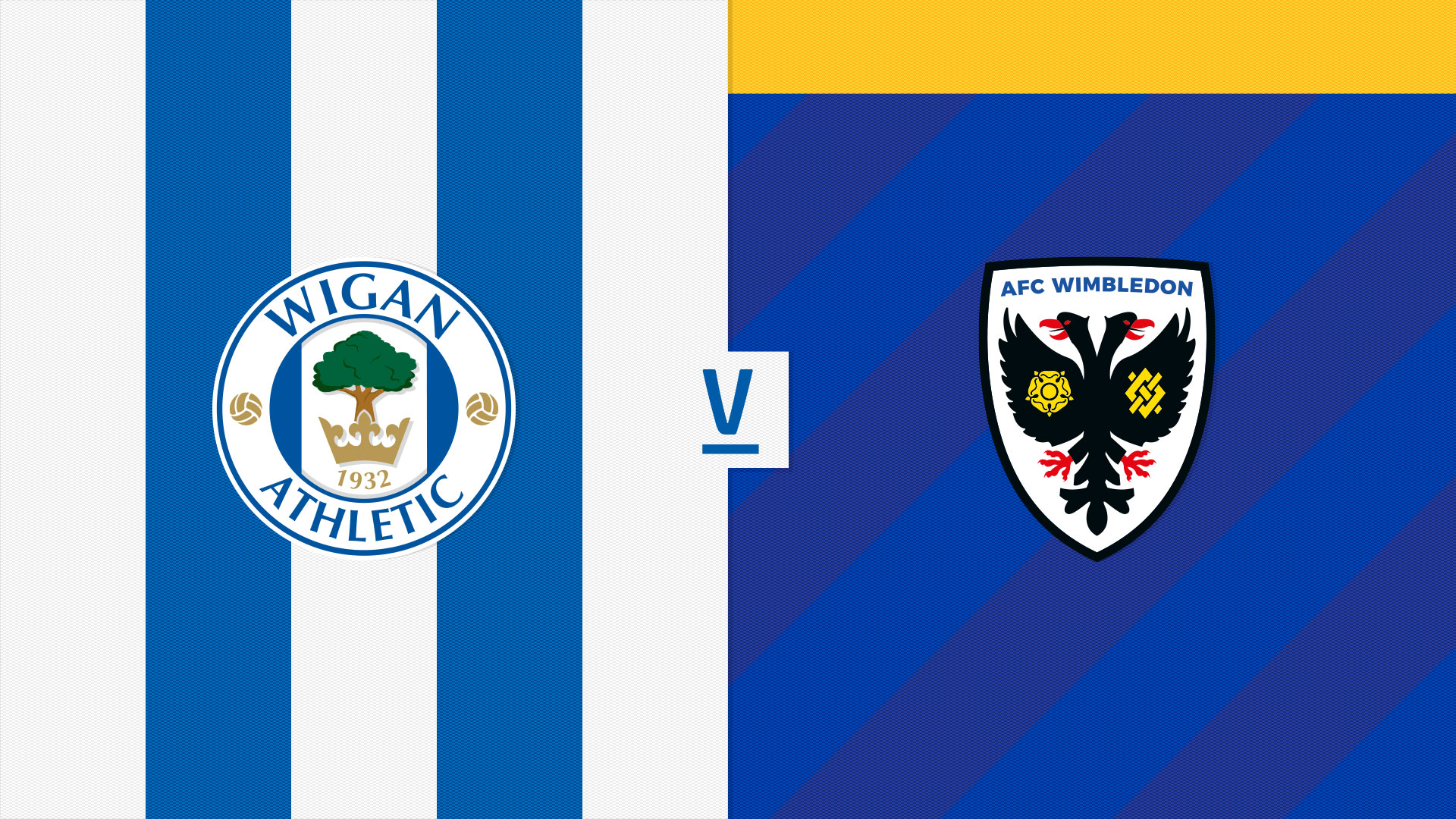 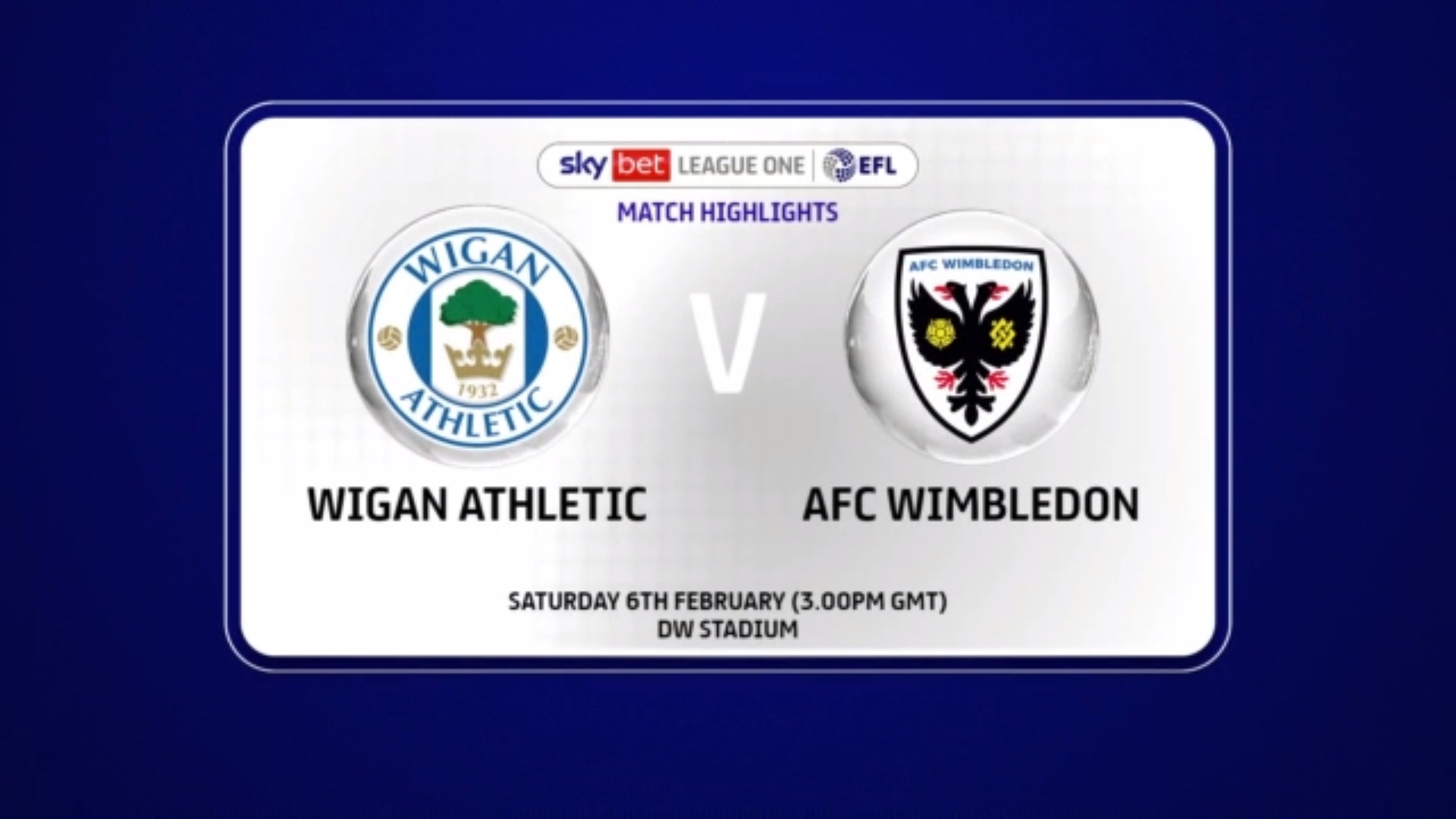 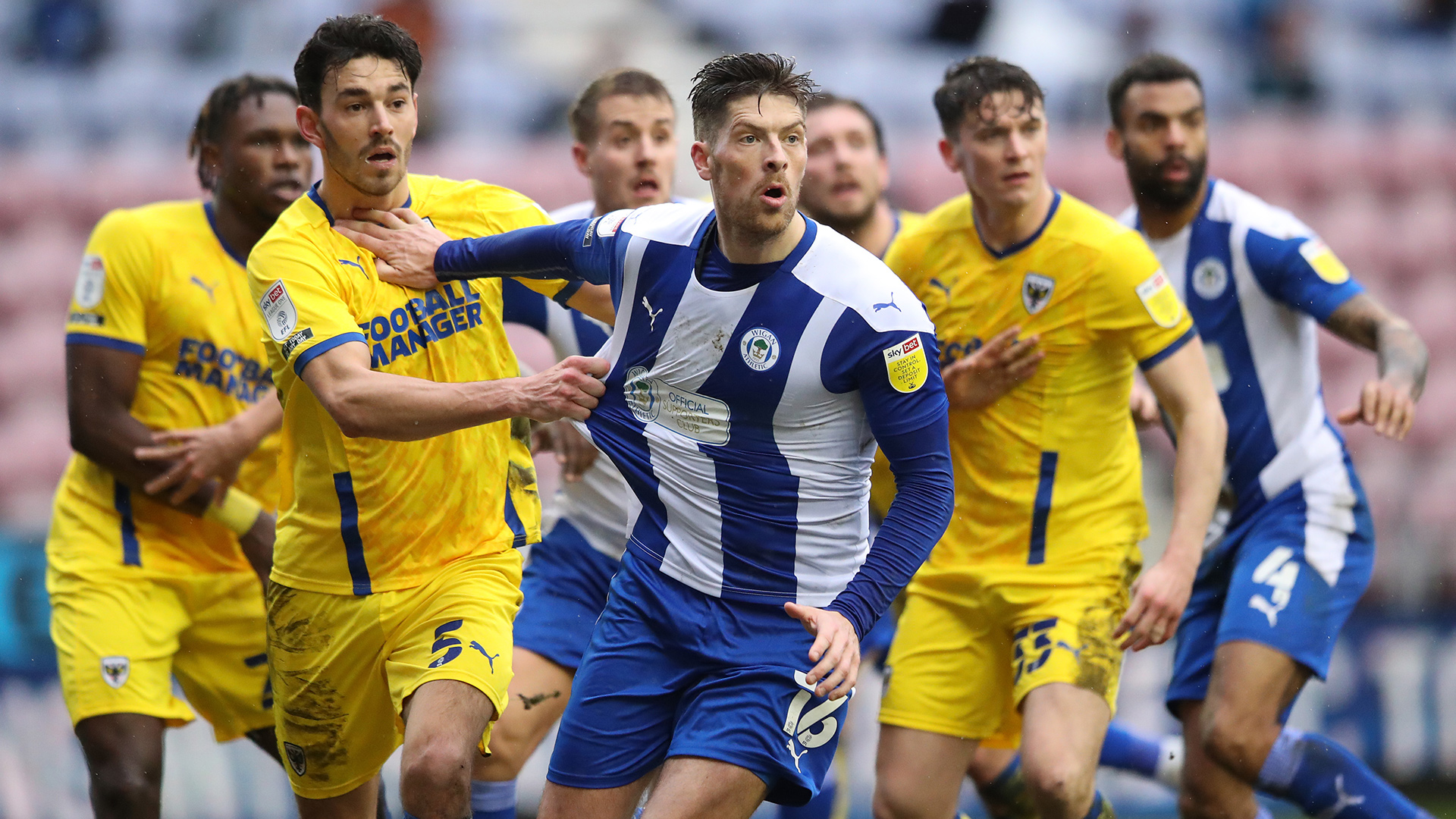