Wimbledon played good football at times today, but the promotion-chasing visitors were ruthless in attack and former Dons loanee Charlie Wyke struck an impressive hat-trick to earn a 3-0 win for the Black Cats. Two of the goals by Wyke came in the last five minutes, during an action-packed finale that also included a shot against a post by Joe Pigott.

Following the midweek victory at Bristol Rovers in the Papa John’s Trophy, Glyn Hodges made just one change to the starting line-up. Joe Pigott was restored to the 11 with Ollie Palmer missing out on the squad altogether due to injury. The Dons faced a far different Sunderland side from the reverse fixture in December as the Black Cats squad had been weakened  by an outbreak of Covid-19. Wimbledon came into this match seeking just a second league victory at Plough Lane since moving into the new stadium.

Wimbledon’s task was made much harder in the sixth minute when Sunderland opened the scoring with their first attack. Elliot Embleton found space in the area on the Wimbledon left, before picking out Aiden O’Brien, who squared it to Charlie Wyke, and he had a simple task to slot home. Initially, the Dons struggled to come up with a response and Will Nightingale was required to make a vital header in the box to stop a dangerous cross from doing damage. However, there was a positive sign for Wimbledon in the 19th minute when Ryan Longman threatened for the first time through a shot that was deflected into the arms of Sunderland keeper Lee Burge.

Midway through the first-half came a very good spell for Wimbledon as the hosts put together moves that created promising attacking opportunities. Longman, who was beginning to find more space in the channels, picked out Joe Pigott in the box, but he was unable to get enough on his shot, and Burge gathered comfortably. Jack Rudoni, full of confidence after his midweek match-winner, showed good skill in the centre of the park to instigate attacks, and he almost struck the equaliser with a powerful drive that Burge did well to palm away from danger.

With Sunderland having the majority of possession, it was proving difficult for Wimbledon to exert sustained pressure, but it had been a very encouraging response since the goal. Wyke shot over the crossbar before half-time, but the Dons had offered enough to suggest that a second-half fightback could be on the cards. The start to the second-half certainly backed that up. A fine move down the left ended with Guinness-Walker shooting just wide of the far post, before Ethan Chislett turned smartly and shot over the crossbar.

Despite Wimbledon having played well in spells, it was effectively game over five minutes from the end of normal time. It was a goal simplistic in its execution with Grant Leadbitter sending over a corner from the right that Wyke fires home emphatically after he was left unmarked at the near post. The Dons almost mustered an instant response at the other end through Joe Pigott, but his shot struck a post and bounced away to safety. Salt was rubbed in Wimbledon wounds in injury-time when Josh Scowen picked out Wyke, who smartly slotted the ball over Walker for his hat-trick. The score-line was harsh on Wimbledon, but Sunderland were simply more efficient at both ends of the pitch. Former Dons loanee Wyke provided a ruthless demonstration of finishing to make it another difficult day for the Dons at Plough Lane. 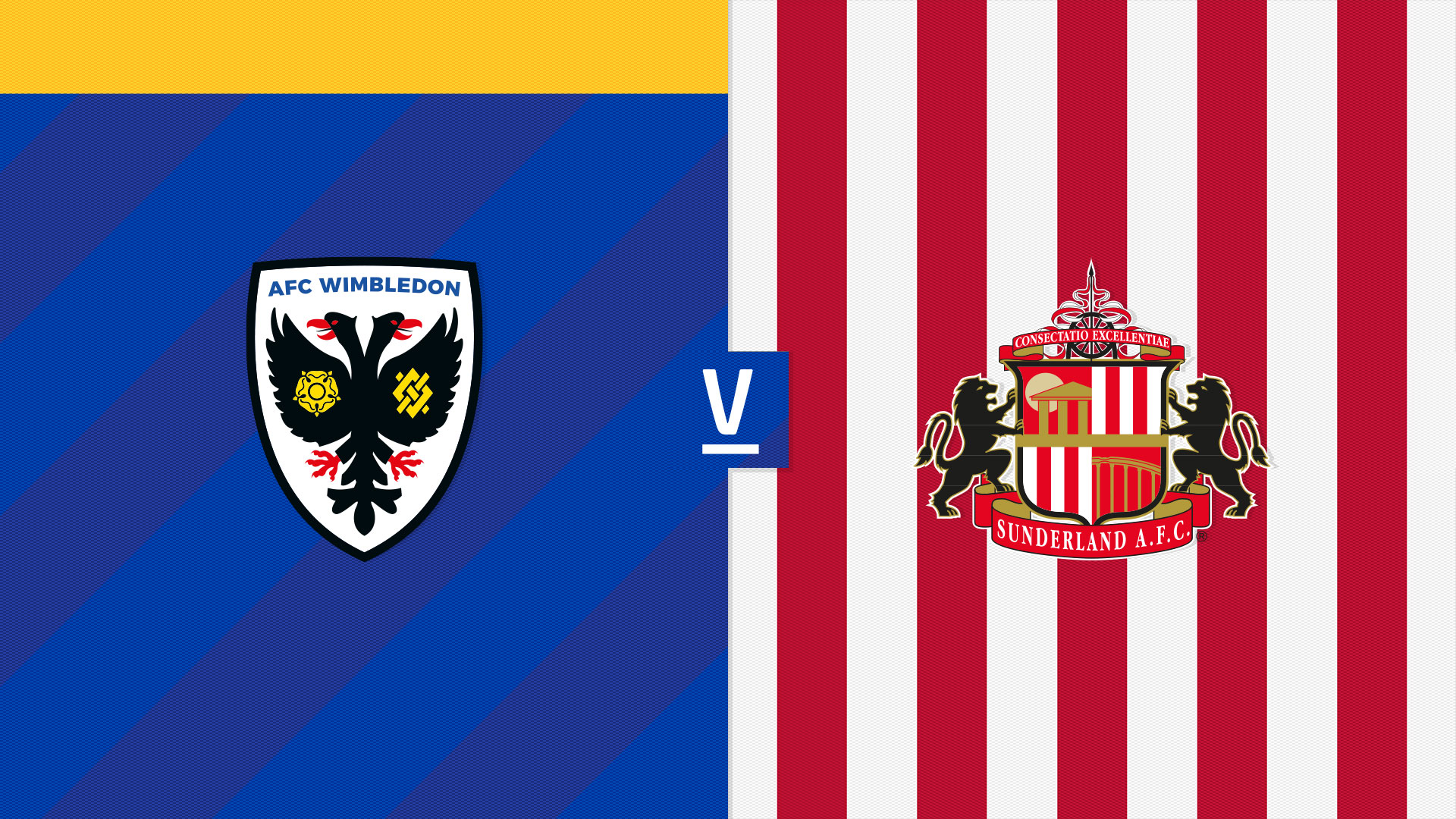 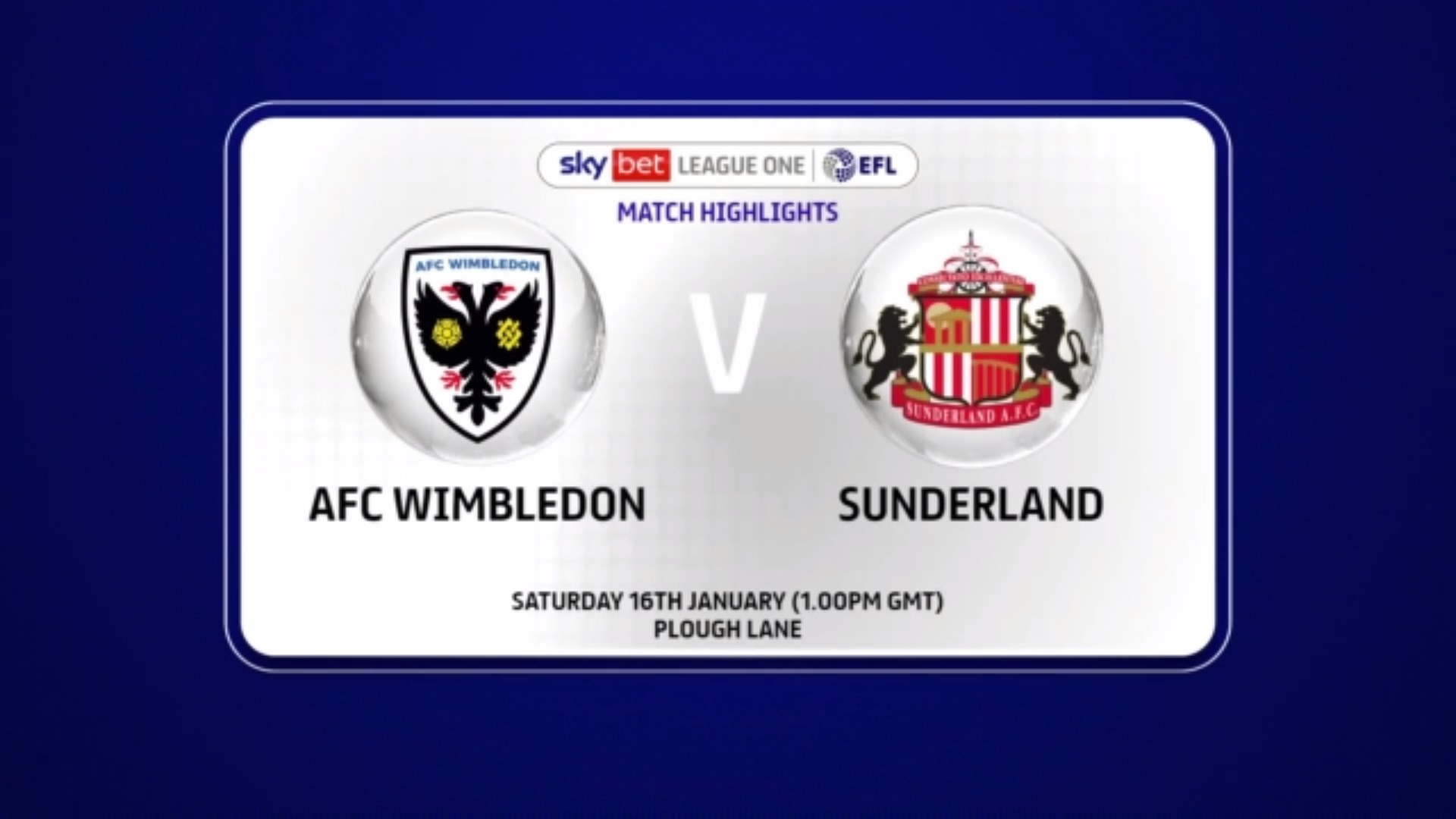 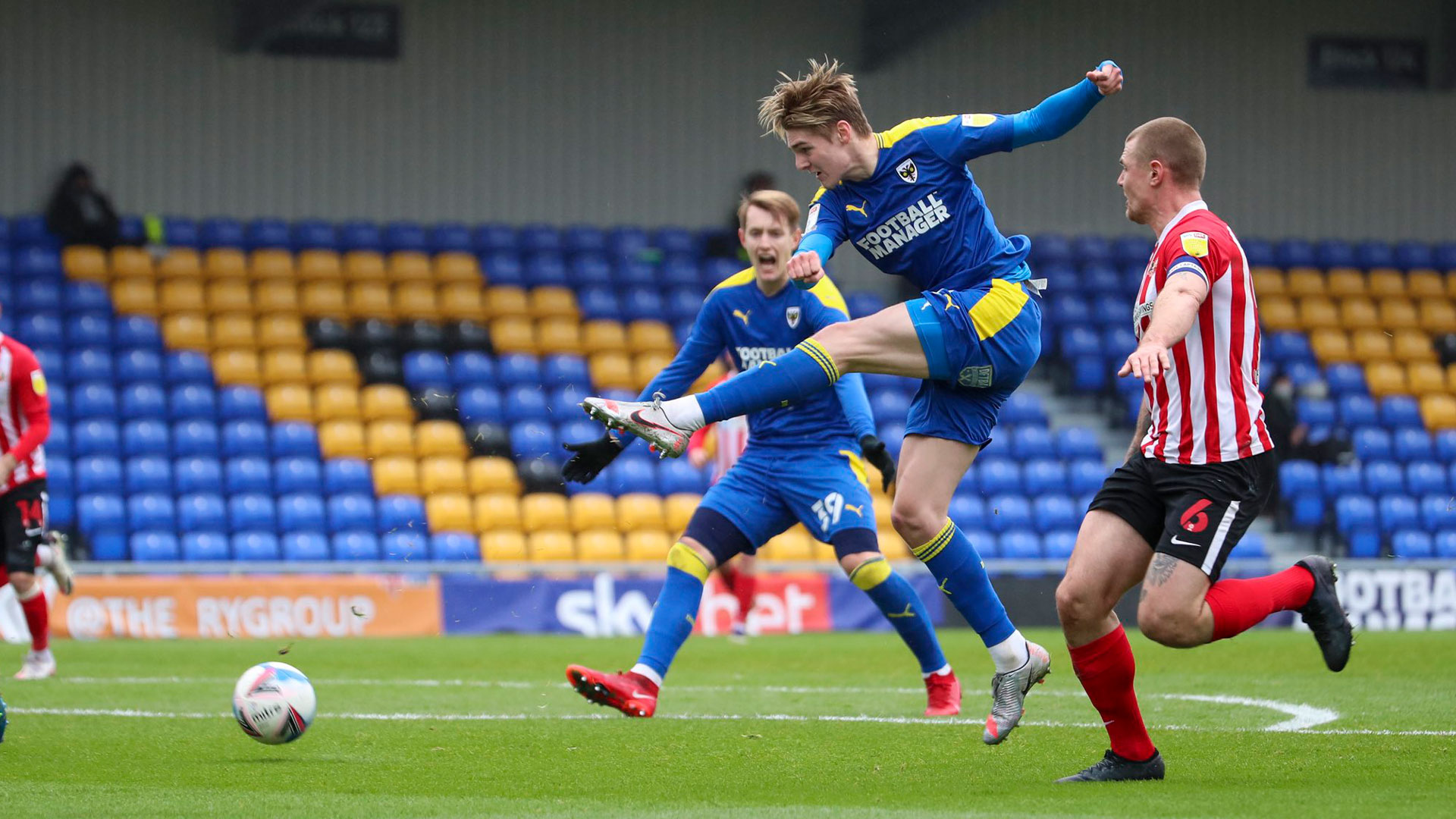