The 1-1 draw was the least Wimbledon deserved after taking the lead inside two minutes through Joe Pigott. Though Crewe enjoyed a lot of posession, Wimbledon had the better chances and it was a very encouraging display on the road, offering something to build on after a difficult spell.

Despite the defeat at Portsmouth in midweek, Glyn Hodges kept faith with the same starting 11. George Dobson, who signed yesterday on loan from Sunderland, was on the substitutes’ bench. The teams came into this match having experienced completely different fortunes in recent times, Crewe unbeaten in nine league games and Wimbledon searching for a first League One win since early December.

The Dons enjoyed the perfect start to this match with a goal after just 70 seconds. It was a well-worked goal too as Jack Rudoni set Cheye Alexander free down the right and his cross was headed home at the back post by Joe Pigott, who got up high to beat Crewe keeper Dave Richards to the cross. In a quick-fire start from Wimbledon, Pigott found space in the box shortly afterwards, but he was unable to get a proper connection on his shot. Nevertheless, the goal had reinvigorated Wimbledon and a sign of growing confidence was Jack Rudoni trying his luck from 30 yards, but his shot flashed over the crossbar.

Initially stunned by Wimbledon’s start, Crewe recovered a bit of composure and started to come into this match. A fine move from the hosts ended with a good save by Sam Walker and the Dons were fortunate that Omar Beckles was unable to guide the rebound goalwards. The visitors had to dig in to deny a Crewe side starting to turn the screw as we approached the midway point of the first-half. Owen Dale was an outlet for the home side, Crewe attempted to feed him on the right side at every opportunity, but Nesta Guinness-Walker coped well with his threat.

The hosts conjured up an equaliser just after the half hour with a goal that had a touch of fortune about it. A cross by Billy Jones bounced off the far upright straight into the path of Finney, who had a simple task to tap home from close-range. What followed was a great response from Wimbledon to that setback. Four minutes later the Dons came close to regaining the lead when Ryan Longman charged down a clearance by Richards and he got to the rebound first, but the Crewe keeper recovered well to save. Rudoni had appeared to be fouled in the box before Longman’s shot, but the referee thought otherwise. In a good spell for Wimbledon, Alexander struck a superb effort against the crossbar.

With the half-time score at 1-1, Wimbledon could take plenty of encouragement from a much-improved 45 minutes of football. Glyn Hodges made a half-time change with Paul Kalambayi entering the action at the heart of defence in place of Luke O’Neill. Unfortunately, good defensive play from Kalambayi – the centre-back showing strength to defy a Crewe attack close to the byline  - resulted in him getting injured. That meant a switch to 4-4-2 with George Dobson coming on for his Dons debut in midfield just before the hour.

It didn’t take long for Dobson to be in the thick of the action and he tried his luck from 25 yards with a shot that was too close to Richards, who held onto his effort. At the other end, there was a let-off for Wimbledon when Billy Jones got on the end of a well delivered corner by Charlie Kirk, but he could only direct his header wide from close-range. The Dons looked dangerous on the break, but the final pass was often lacking in the second-half, and referee Kevin Johnson turned away appeals for a penalty after a challenge on Nesta Guinness-Walker.

With 20 minutes to go, this match was up for grabs and Wimbledon almost regained the lead when Jack Rudoni delivered a superb in-swinging free-kick from the right that Pigott got up well to meet, but his header produced a brilliant save by Richards. A quick break by the hosts ended with Walker having to make a decent save at his near post.

In the latter stages Crewe missed a good chance when Dale failed to connect with a cross at the back post, but Longman shot just off target as Wimbledon threatened to win it. Three points just eluded Wimbledon, but it was a performance that should give the squad confidence with another away match up next at Doncaster on Tuesday night. 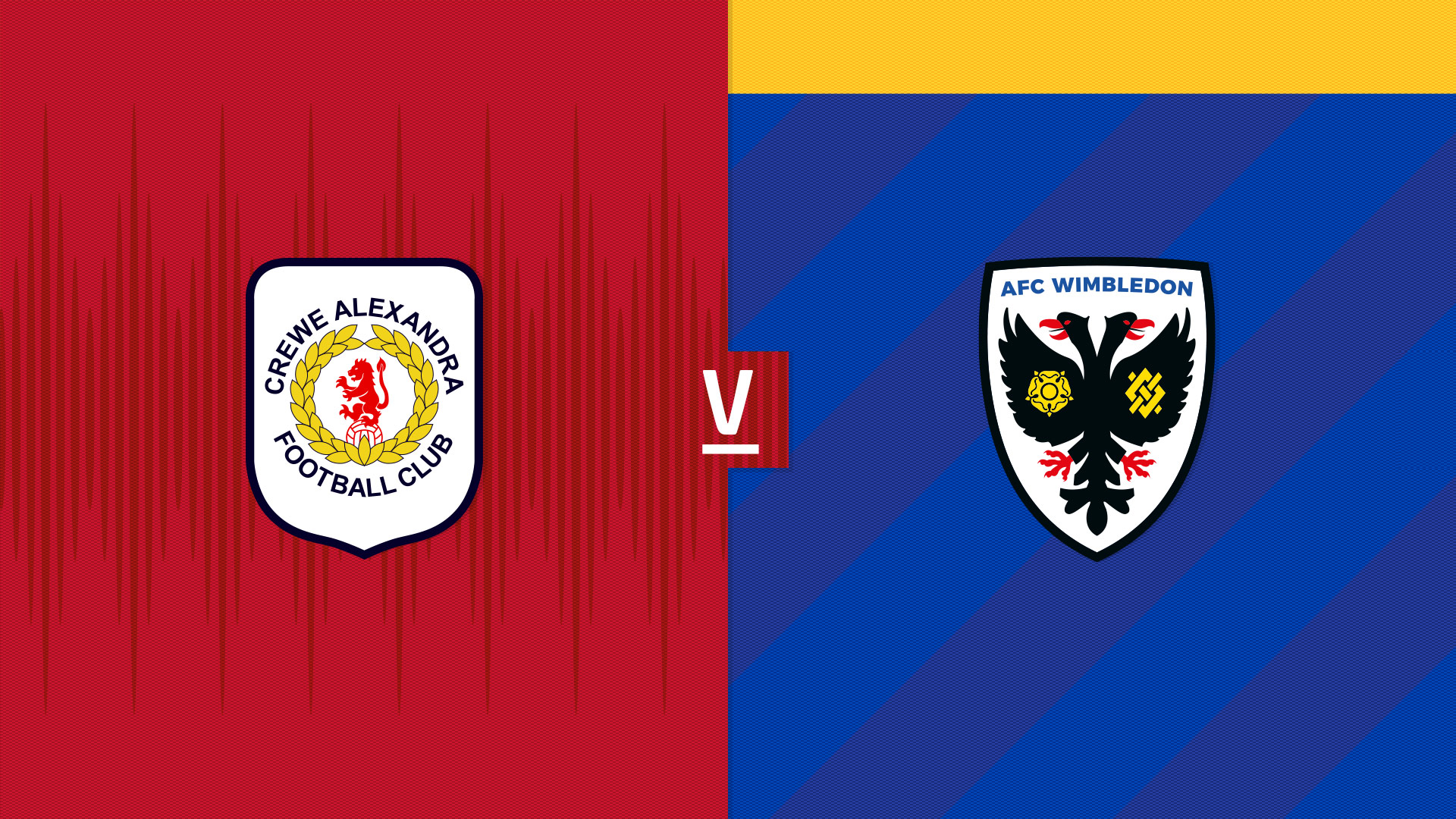 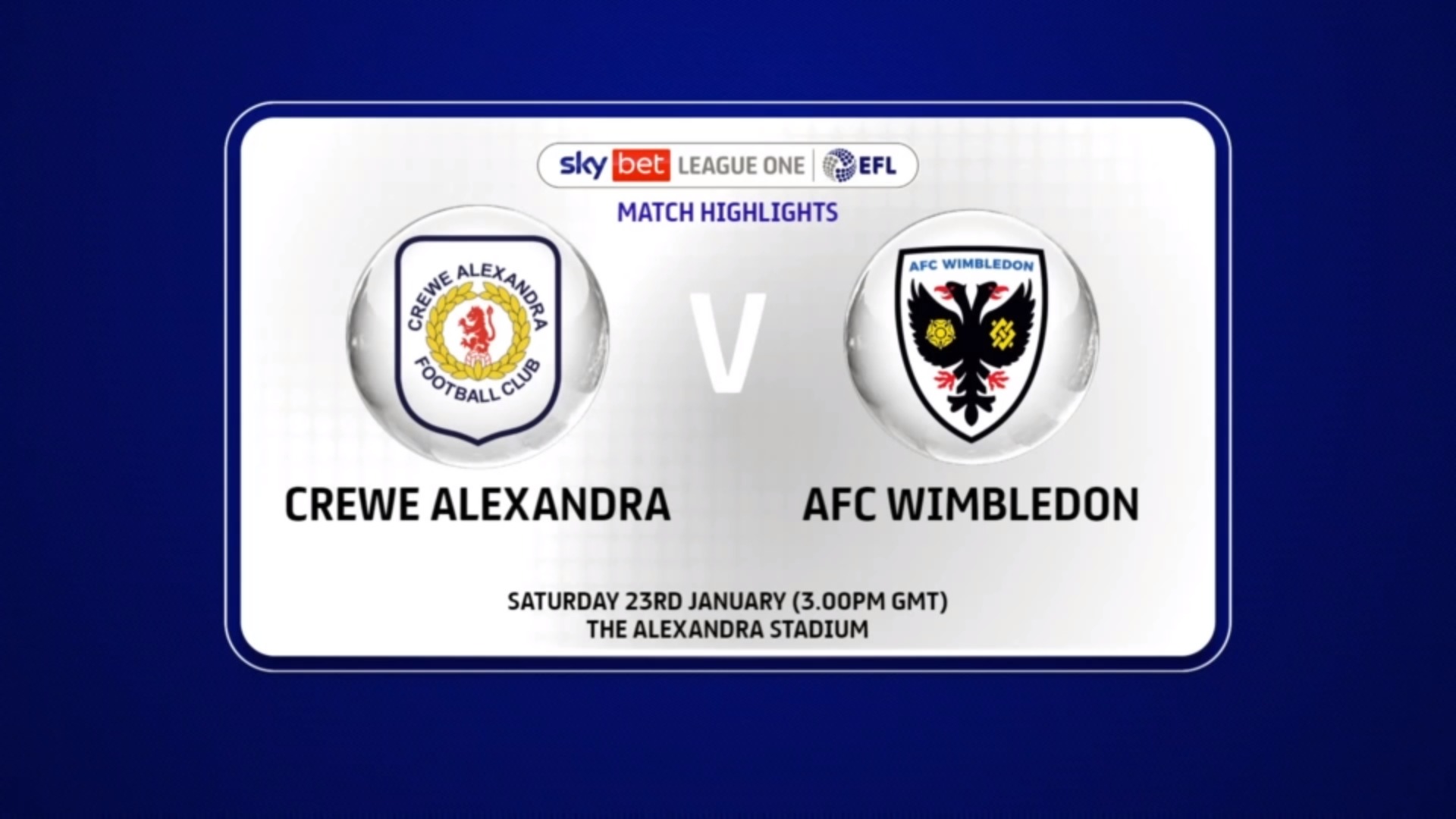 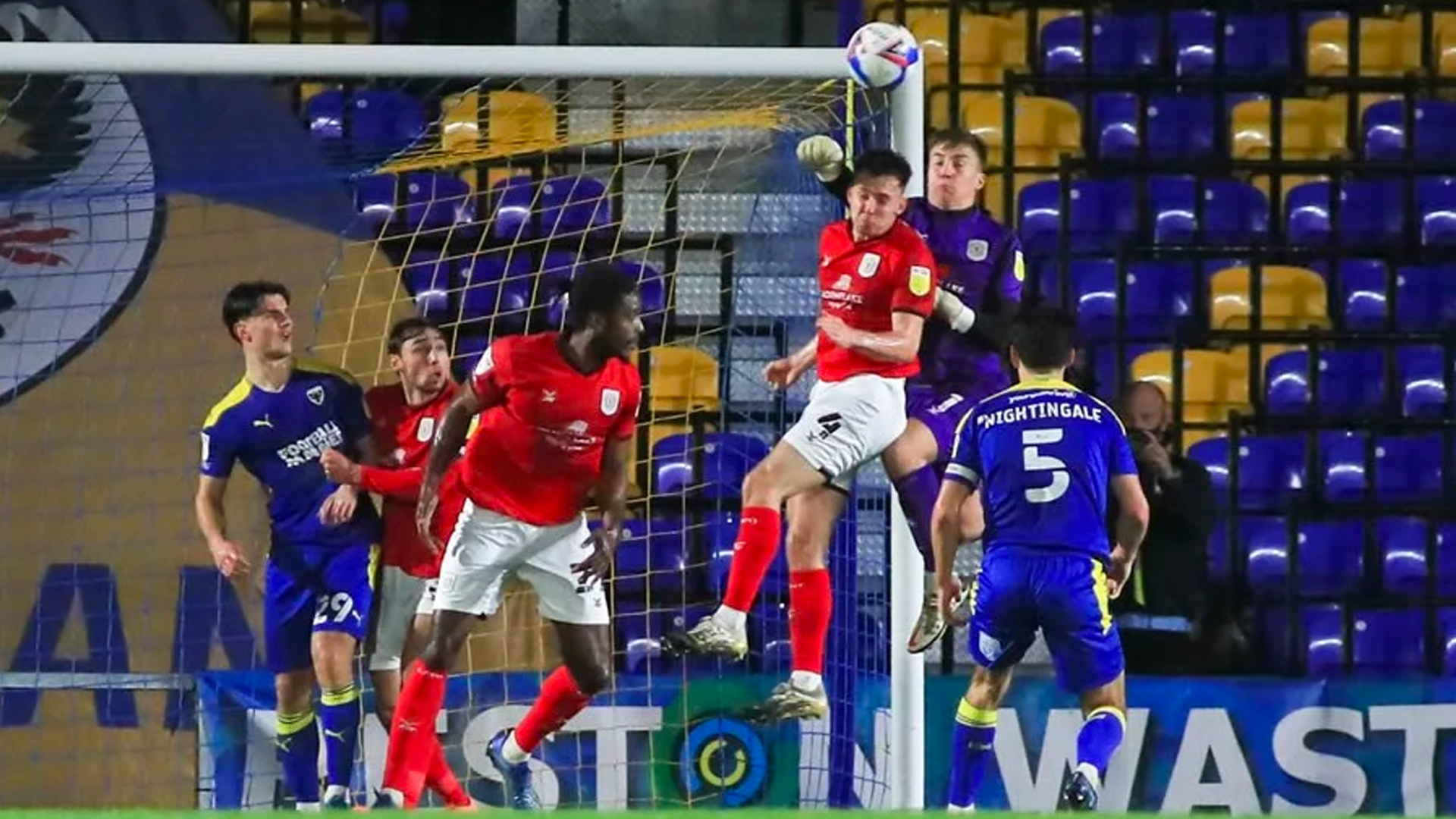