George Dobson couldn’t have chosen a better time to come up with his first AFC Wimbledon goal as his brilliant header secured a draw tonight.

The Dons appeared to be heading for a damaging defeat in the battle to stay in League One, but on-loan Sunderland midfielder met a Ryan Longman cross with an emphatic header in the 79th minute to earn a 1-1 draw at Plough Lane. It was exactly what was needed in the circumstances as Wimbledon kept hopes alive of staying in the division.

Mark Robinson made two changes to his starting 11 after the 0-0 draw at Bristol Rovers. The Dons had finished that game so well with Ollie Palmer and Ryan Longman making big impacts as substitutes, so both came in from the start with Alex Woodyard on the bench and Shane McLoughlin missing out on the squad altogether. Wimbledon were searching for just a third league victory at Plough Lane since moving into the new stadium back in November, but Wigan’s recent away record – they had won two out of the last three on the road – suggested it was going to be far from easy.

Wimbledon started this game full of attacking intent and there was certainly plenty more to get excited about early on than against Burton a week ago. Longman did very well to chase down a lost cause, before sending over a cross that eventually found Jack Rudoni in the box, but he was unable to make the most of it. Pigott then almost got through on goal, but he was just stopped in his tracks with Wigan conceding a corner and from the subsequent flag kick Darnell Johnson rose highest in the box, but his header was saved by Wigan keeper Jamie Jones. With 12 minutes on the clock, Pigott came so close to the opening goal when he cut inside from the right and unleashed a shot with his left that flashed just wide of the far post.

It was certainty not all Wimbledon in the opening 20 minutes though and it was a game when both sides attempted to go forward at every opportunity. Johnson showed his strength at the heart of defence with a fine interception inside his area and the referee was certainly not entertaining desperate appeals for a penalty. At the other end, Longman produced a superb solo run, cutting in from the right and beating four or five challenges, but his shot was straight at Jones in the Wigan goal.

Wimbledon’s high press was certainly working effectively in the first-half, most notably 10 minutes before the break when Pigott chased down Wigan’s defence and Longman won the ball. That earned a corner and though Pigott eventually headed wide after the ball had been recycled it was an encouraging sign. Though the Dons had shown attacking promise, the half-time whistle sounded with Jamie Jones in the Wigan goal having not been properly tested. However, Nik Tzanev had even less to do at the other end as he was well protected by the flourishing central defensive partnership of Will Nightingale and Darnell Johnson.

With just four minutes gone in the second-half, Tzanev was required to stay alert when he just managed to grasp a free-kick before it crossed the line. There was an enforced change shortly afterwards when Callum Reilly had to come off injured and that meant another opportunity as a substitute for Jaakko Oksanen. Wimbledon then had a decent chance when Pigott showed good movement and vision to pick out Longman in space, but he delayed a chance to shoot and Jones saved his eventual effort. Longman had another chance after a move involving Palmer, Pigott, and Rudoni, but this time he shot wide.

Despite Wimbledon showing signs of making the breakthrough, Wigan seized the initiative in the 58th minute. A cross by Viv Solomon-Otabor picked out Wigan substitute Dan Gardner and all of a sudden the visitors had men over in the box. A clever switch by Gardner to Jamie Proctor followed and the on-loan Rotherham striker made no mistake. A big response was required now from Wimbledon and Pigott almost came up with the goods when he did well to meet a corner at the near post, but his header was just wide of the target.

With Wimbledon struggling to find an equaliser, Mark Robinson decided to make a double change. Luke O’Neill and Paul Osew were introduced for Cheye Alexander and Jack Rudoni. The Dons kept on knocking on the door and the all-important equaliser followed. What a goal it was too as Longman sent over a lovely cross from the right that was headed home superbly by George Dobson. It was a cracker of a goal and desperately needed in the circumstances as the Dons had faced the gloomy prospect of remaining rock-bottom. In response, Wigan attempted to strike back and there was a nervy moment when Tzanev had to come out and make a vital block. However, the Dons could have won it when Dobson sent over a sumptuous cross from the right, but Palmer was just unable to get on the end of it, and Wigan just survived. A point was certainly deserved for the Dons on the balance of play and another home match awaits versus Charlton on Saturday. 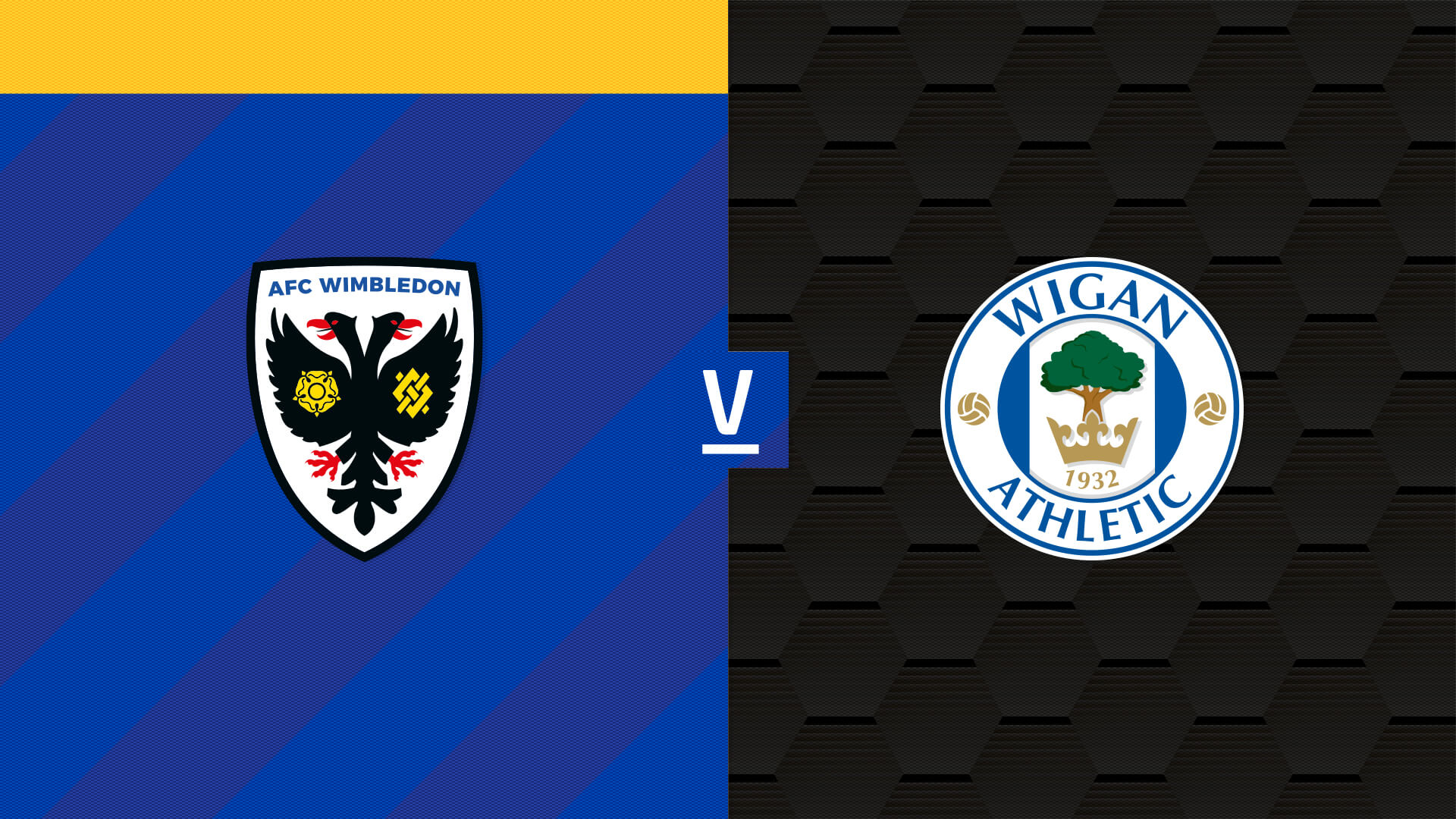 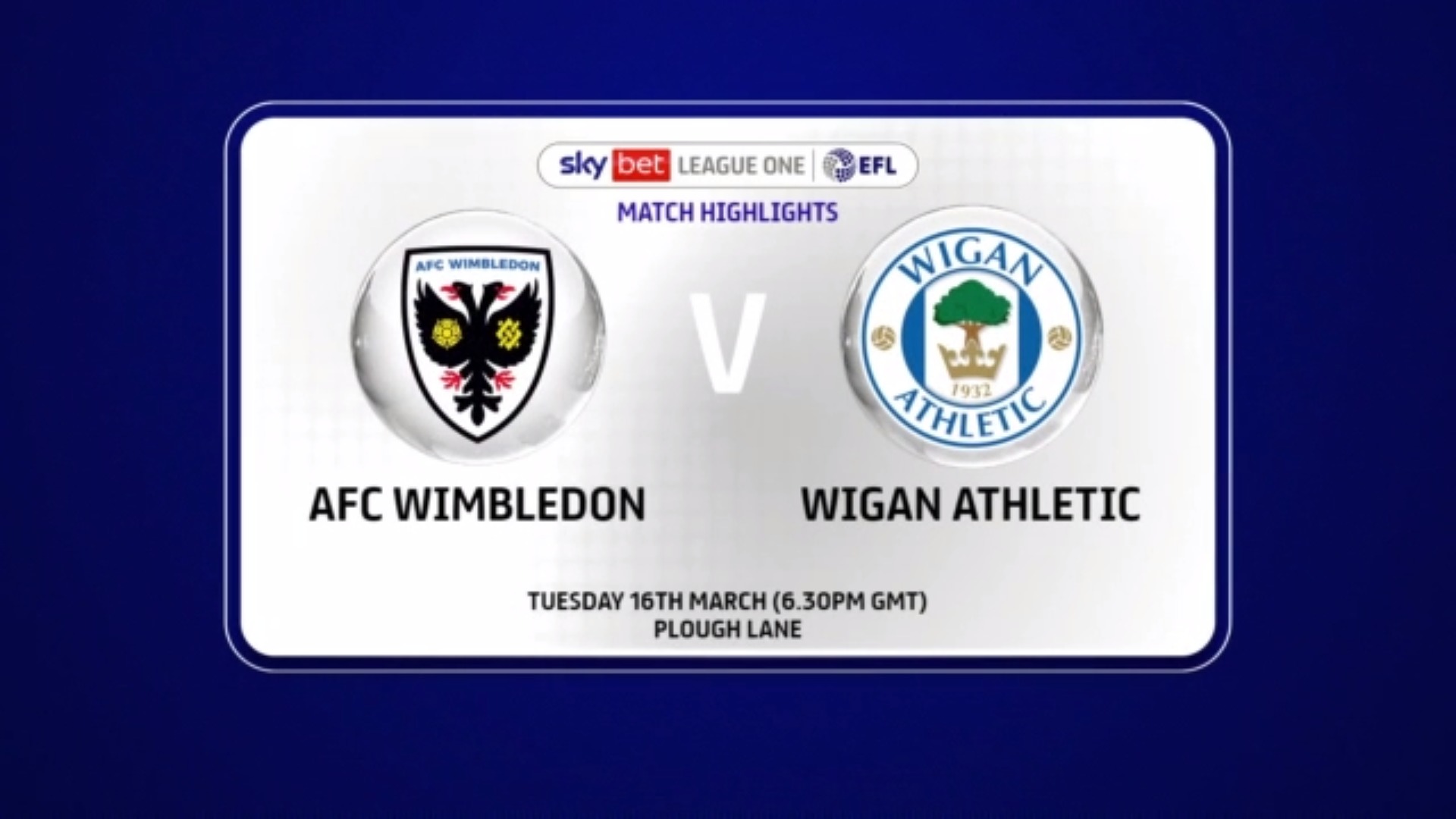 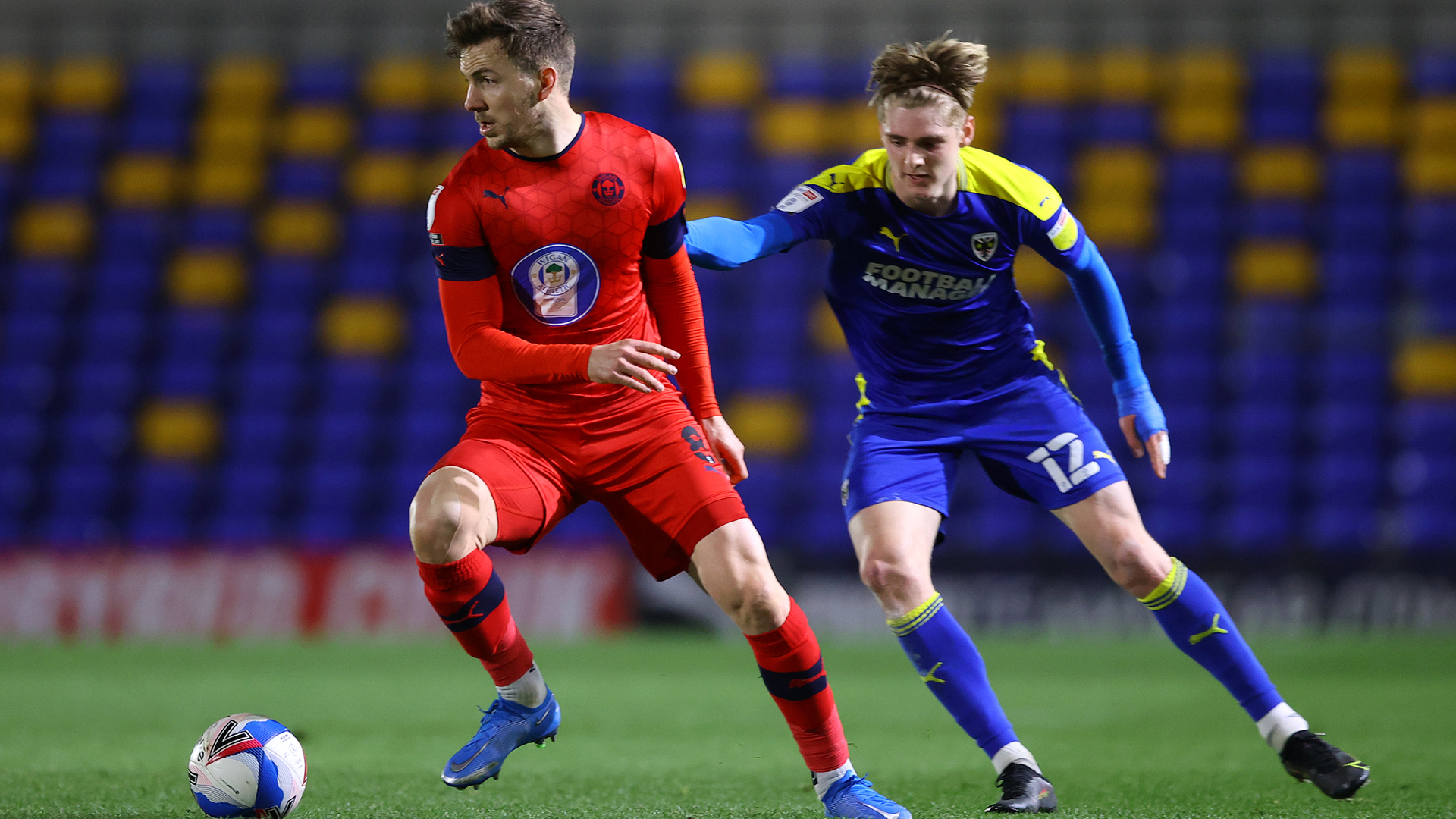