Wimbledon go in search of a first win at Bloomfield Road since our return to the Football League, when we face hosts Blackpool on Saturday (kick-off 3pm).

We’ve already picked up seven points under the guidance of new Head Coach Mark Robinson, since he took over the reins on an interim basis initially at the start of last month. Our latest point came on Tuesday night from the draw at Shrewsbury Town, with Robbo having recorded victories away to Wigan Athletic and against Gillingham at Plough Lane.

Blackpool, managed by Neil Critchley, are in good form. A win for the Seasiders could see them move into the top ten. They’ve only lost twice in League One this year. Our aim is to move out of the relegation zone, before we face another important game at home to eighteenth place Burton next Tuesday night.

“Our focus is to come in and be the best version of us each day and to take each game as it comes. When we go into any game we believe that we can win. I thought the other night, against Shrewsbury, it was two points dropped. We want to get three points in every game. We’re not setting up to get a draw somewhere and that’s been the same for every game since we took charge. We believe that we’re good enough to go and get three points anywhere in this league and that’s our aim.”

“The new manager (Mark Robinson) has come in and tried to implement a different style of game, which can take time. We know from early on in the season, that they have some good players. If we’re not prepared, then teams can beat you in this league. Wimbledon will be looking to back their good point up from mid-week with another good result.”

AFC Wimbledon have lost all three of their previous visits to Blackpool since 2017 and we’ll also be looking to score at Bloomfield Road for the first time since our return to the Football League. A win though would also complete a double over Blackpool this season, with Callum Reilly’s goal the difference between the two sides when we met at our temporary home of the Kiyan Prince Foundation Stadium (Loftus Road) at the end of October.

Form guide (last six in all comps, starting with most recent)

Our commentary team of Mike Taliadoros and Rob Cornell will be at the game.

Substitute Ollie Palmer struck in the third minute of injury-time to earn a vital point for the Dons at Blackpool today.

Palmer scored in his first league appearance since December after returning from injury, the forward notching with a real poacher's goal to earn a 1-1 draw at a venue that had not been kind to Wimbledon in recent years. The goal offered real encouragement for Wimbledon in the battle to stay up with the Dons having also come from behind in Shropshire during the week.

Following the midweek draw at Shrewsbury, Mark Robinson decided to make two changes for this match versus a Blackpool side entrenched in mid-table. Since leaving his role in charge of Liverpool Under-23s, Blackpool manager Neil Critchley had overseen steady progress at Bloomfield Road and Blackpool were eight league matches unbeaten at home heading into this match. The Dons were aiming to end a dismal recent history of previous visits to the venue with the last three matches having yielded no points and no goals.

Wimbledon produced a start to this game that suggested the famine at Blackpool was about to end. A fine move involving George Dobson and Joe Pigott ended with Ryan Longman found in space on the right, but his cross was cut out. Then Pigott lost his marker impressively to get on the end of a cross, but his shot was well saved by Blackpool keeper Chris Maxwell. Seconds later and Rudoni had the ball in the back of the net, but he was adjudged to have used his arm by the referee’s assistant.

As we progressed towards the midway point of the first-half, Blackpool started to come into it. Sam Walker was required to make a very good save to stop a header by Demetri Mitchell from opening the scoring, before Will Nightingale hacked clear in front of the goal-line. There was also relief for Wimbledon when Longman’s foul was adjudged to be just outside the area. However, Wimbledon wasted no time responding to that good spell from the hosts. Longman again found space on the right and he marched into the area, but his shot was straight at Maxwell. A very encouraging sequence of play followed when the ball was worked to O’Neill on the right and his superb cross was met by Pigott, but his effort was turned away by Maxwell.

It was a very entertaining first-half with both sides really going for it and attempting to go forward at every opportunity. The recent trend of Wimbledon earning more possession continued in this game with the Dons producing good passing moves, something that stopped Blackpool from gaining any attacking momentum. Shane McLoughlin's energy in midfield was a real positive for the Dons. Walker was required to stay alert though when he reacted well to deny Ellis Simms the opening goal. The half-time whistle shrilled with the score-line at 0-0, but Wimbledon could take plenty of encouragement heading into the interval.

The second-half started with Wimbledon coming under increasing pressure from a resurgent Blackpool. Will Nightingale was required to make a fine interception to stop a cross from finding a Blackpool target in the box. His defensive partner Darnell Johnson, who was a commanding presence at the heart of defence, then showed good awareness to cut-out a dangerous Blackpool attack when he was last man. However, pressure from the hosts was growing and they made the breakthrough in the 59th minute. Blackpool managed to find space in behind Nightingale on their right and when the subsequent cross was only half cleared it fell to Jerry Yates and his shot was diverted in by Ellis Simms. There was no let-up from the hosts as they searched for a second goal and Walker was required to come well out of his area to clear a long ball over the top.

The Dons were offered encouragement midway through the second-half when Maxwell failed to gather a cross and Longman’s pass picked out Rudoni, but his shot was blocked, and the flag was up for offside. Mark Robinson made a double change with 20 minutes to go as Callum Reilly and Nesta Guinness-Walker replaced Jack Rudoni and Luke O’Neill. Another double substitution followed with Ollie Palmer on for his first league game since early December and Ayoub Assal, the goal hero from Shrewsbury, also entering the fray. Ryan Longman and Shane McLoughlin were the men to make way. It didn’t take long for Palmer to get into the thick of the action as his presence helped to build attacks. The towering forward also got in a good header that Maxwell did well to save, before Pigott had a shot that the Blackpool keeper did well to hold.

The substitutions certainly injected new life into Wimbledon. Jaakko Oksanen, who was our fifth substitution on the day, picked out Assal through the middle, and he set-up Palmer, but his shot flashed over the crossbar. However, there was a dramatic twist in the tail to come. Oksanen attempted a shot from the left that turned into a cross for Palmer, who diverted the ball into the back of the net. It was certainly a timely intervention from Palmer, as a point was earned in dramatic circumstances. The goal was reward for Wimbledon's perseverance as the Dons refused to give up and a repeat of those battling qualities will serve Mark Robinson's men well during the run-in. For the second time in five days, a Wimbledon substitute had salvaged a draw for the Dons, and that offers a positive sign that everyone is fully on board for the battle to keep Wimbledon afloat in League One. 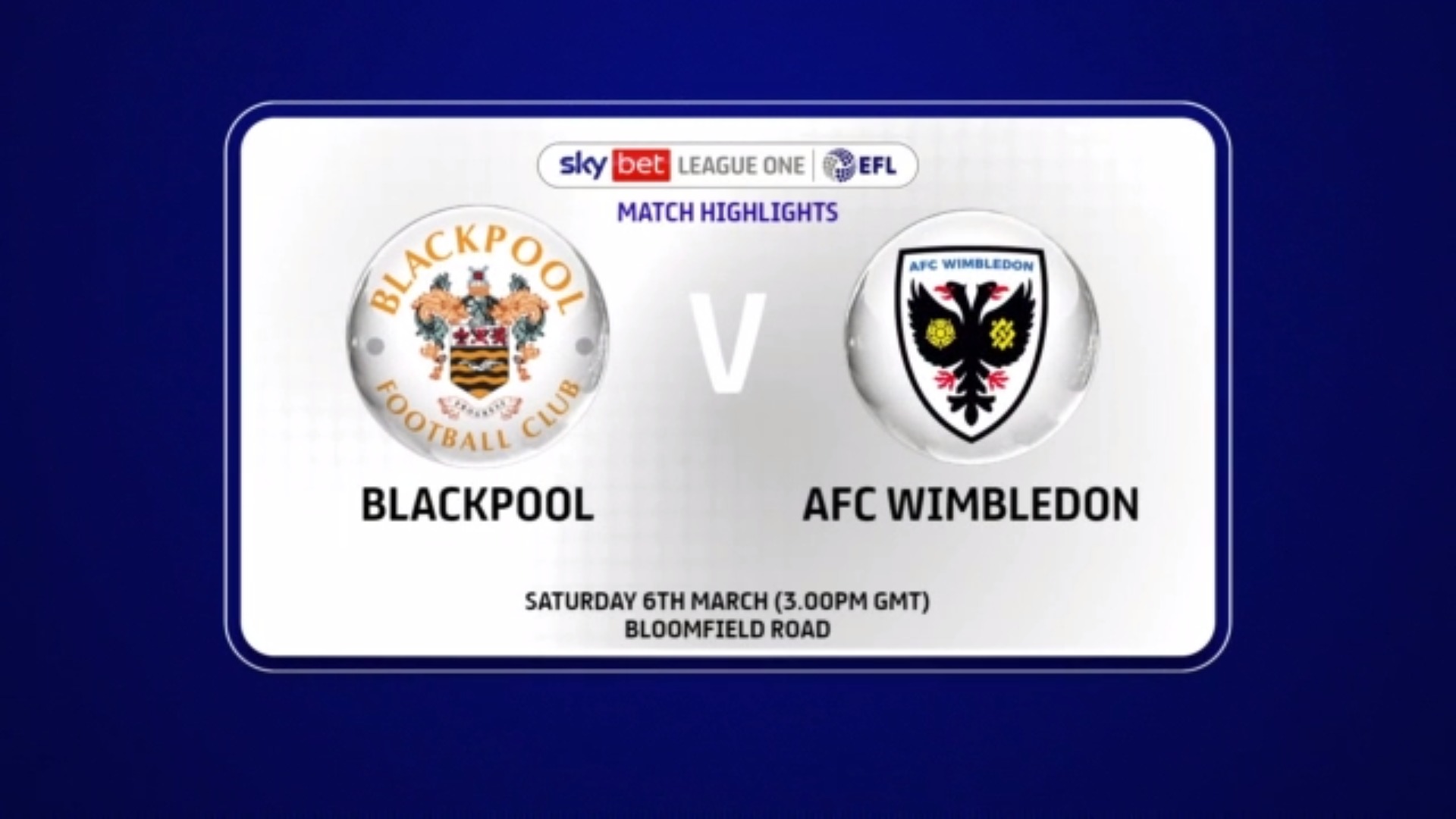 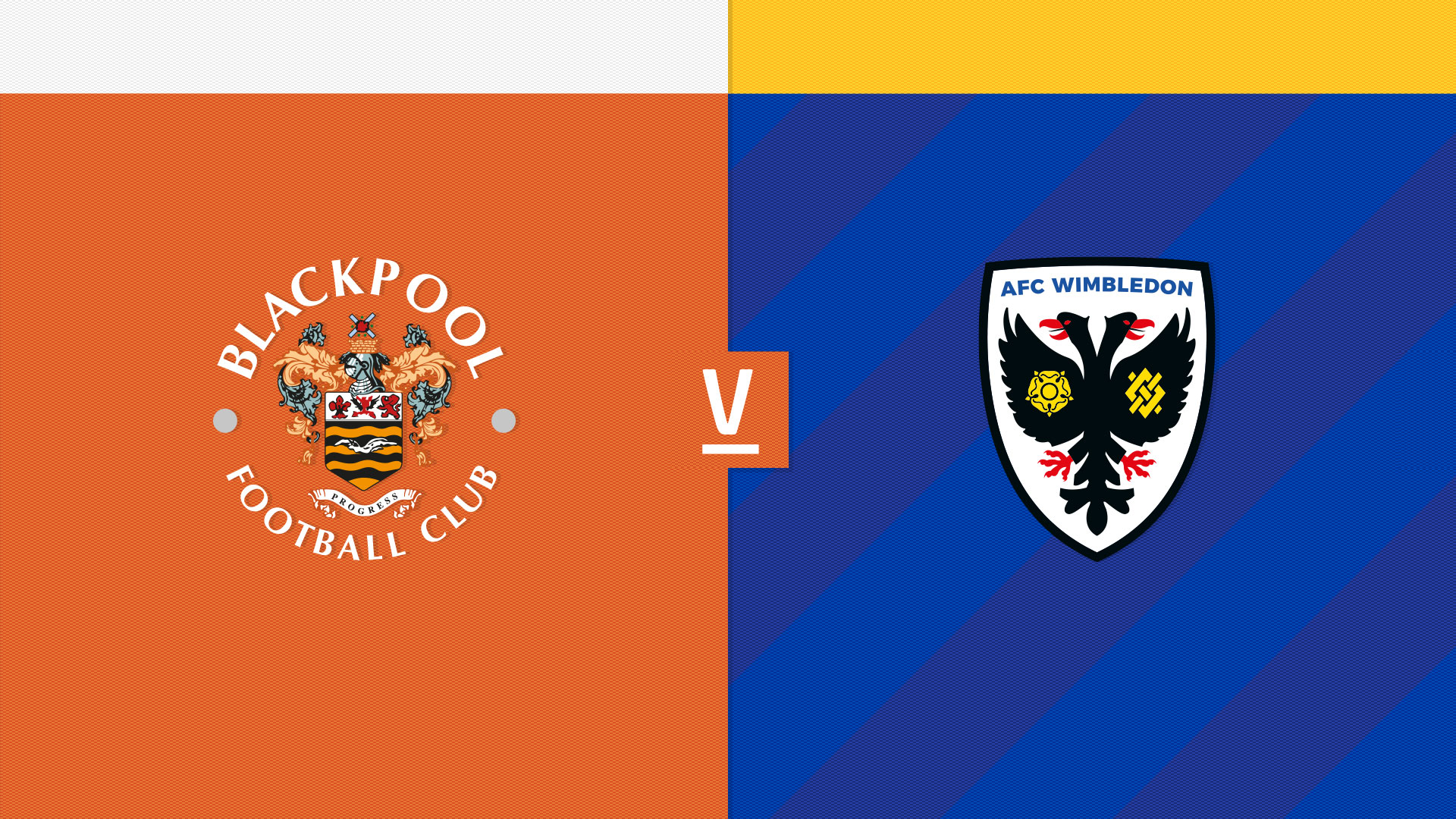 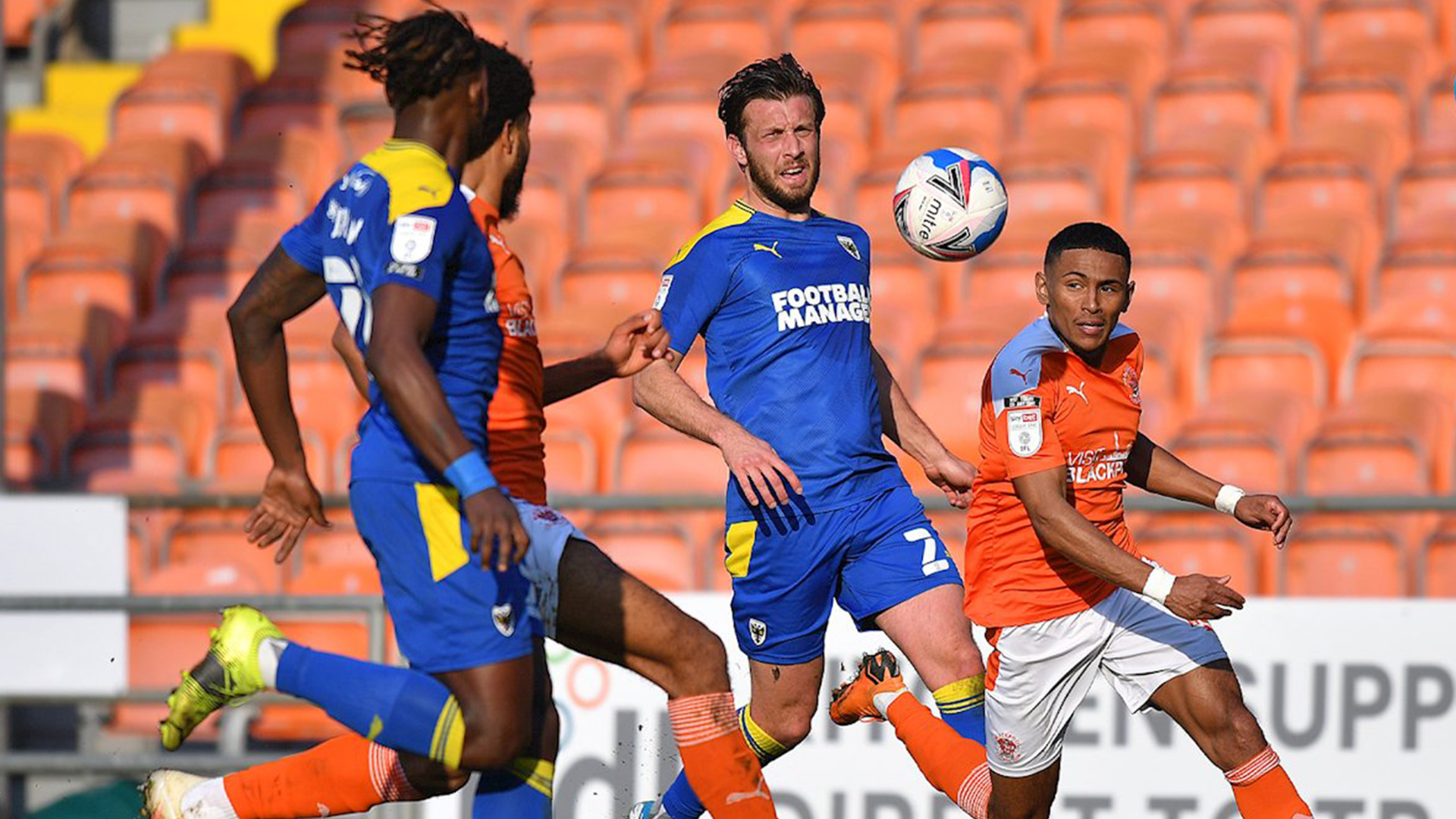