A dramatic intervention from substitute Ayoub Assal secured a valuable point for the Dons at Shrewsbury tonight.

The 19-year-old, who came on in the 71st minute, showed a real poacher's instinct to net the equaliser six minutes from the end of normal time, as Wimbledon displayed plenty of spirit to secure a 1-1 draw. The Dons had to dig in to stay in this game after falling behind in the first-half and a repeat of the character shown in this game will give Head Coach Mark Robinson and his squad every chance of staying up.

Following the disappointing defeat versus Hull on Saturday, Mark Robinson decided to freshen up his starting line-up by making three changes. Cheye Alexander, Callum Reilly, and Shane McLoughlin came into the 11 with Nesta Guinness-Walker, Ethan Chislett, and Jack Rudoni having to settle for places on the bench. With Shrewsbury having won four out of their last five league games at home, the Dons needed to show all the resilience that was in so much evidence during the win versus Gillingham a week ago.

Wimbledon made a very positive start at the Montgomery Waters Stadium, gaining a fair share of possession and showing good threat at times. Pressing high worked well in the 13th minute when Wimbledon won the ball and a good move involving Ryan Longman ended with Callum Reilly and Joe Pigott both having shots blocked. Shrewsbury had been restricted to very little by a determined Dons start and it took until 20 minutes in for the hosts to threaten when the ball fell nicely for Josh Daniels, but he fired wide of the near post.

The Dons competed well in midfield with George Dobson winning possession and McLoughlin released into a midfield role, having filled the right wing-back position earlier in the season. It was noticeable that Reilly, on his return to the side, was playing in a more advanced role than he normally would. Reilly appeared to have a fair shout for a penalty when he went down in the box after attempting to make the most of a half cleared corner, but the referee thought otherwise. A good Dons move also created space on the left for Longman, but he decided not to shoot and his subsequent cross lacked conviction.

Shrewsbury made the breakthrough in the 35th minute after the Dons allowed their opponents to make the most of a short corner routine. The ball was worked to Harry Chapman 25 yards out and he struck a fierce angled drive that found the top corner. Though it was an impressive goal from a Shrews perspective, it was disappointing that it came from a quickly taken corner. The Dons attempted to strike back and Longman did well to find McLoughlin on the right, but his cross was cut out. The half-time whistle shrilled with Wimbledon having work to do at 1-0 down.

It was not going to be easy for Wimbledon to break down a Shrewsbury side that had defended stubbornly so far. The Dons wasted no time going on the attack and Callum Reilly struck a shot that was deflected, but Matija Sarkic did well to hold the ball. However, Wimbledon were unable to build on that as Shrewsbury defended well and Mark Robinson made his first change just past the hour with Luke O'Neill replacing Darnell Johnson. Perhaps O'Neill's crossing ability could provide a useful weapon for Wimbledon in the latter stages.

There was a real let-off for Wimbledon in the 68th minute when Matthew Pennington headed home, but the assistant referee signalled for offside. Initially, Shrews thought they had scored and they celebrated what they thought was the killer second, but the referee disallowed it after consulting with his assistant. With Shrewsbury's defence showing no signs of wilting, Mark Robinson made a treble change. Ayoub Assal came on for his league debut and Jaakko Oksanen and Jack Rudoni were also introduced with Shane McLoughlin, George Dobson, and Callum Reilly making way. Oksanen did well when he came on as he attempted to get on the ball and get attacks moving, and Assal showed moments of promise with his runs forward.

Wimbledon kept knocking on the door against a stubborn Shrews defence and reward came in the 84th  minute. A lofted cross by Cheye Alexander was met by the head of Joe Pigott and when Sarkic failed to gather the ball, Ayoub Assal showed plenty of conviction to force the ball home. Wimbledon wasted no time going for the winner and Rudoni had a shot deflected just wide of the target. Despite failing to score a late winner, it was a very creditable point for the Dons and it augers well for the battle ahead to stay in the division. 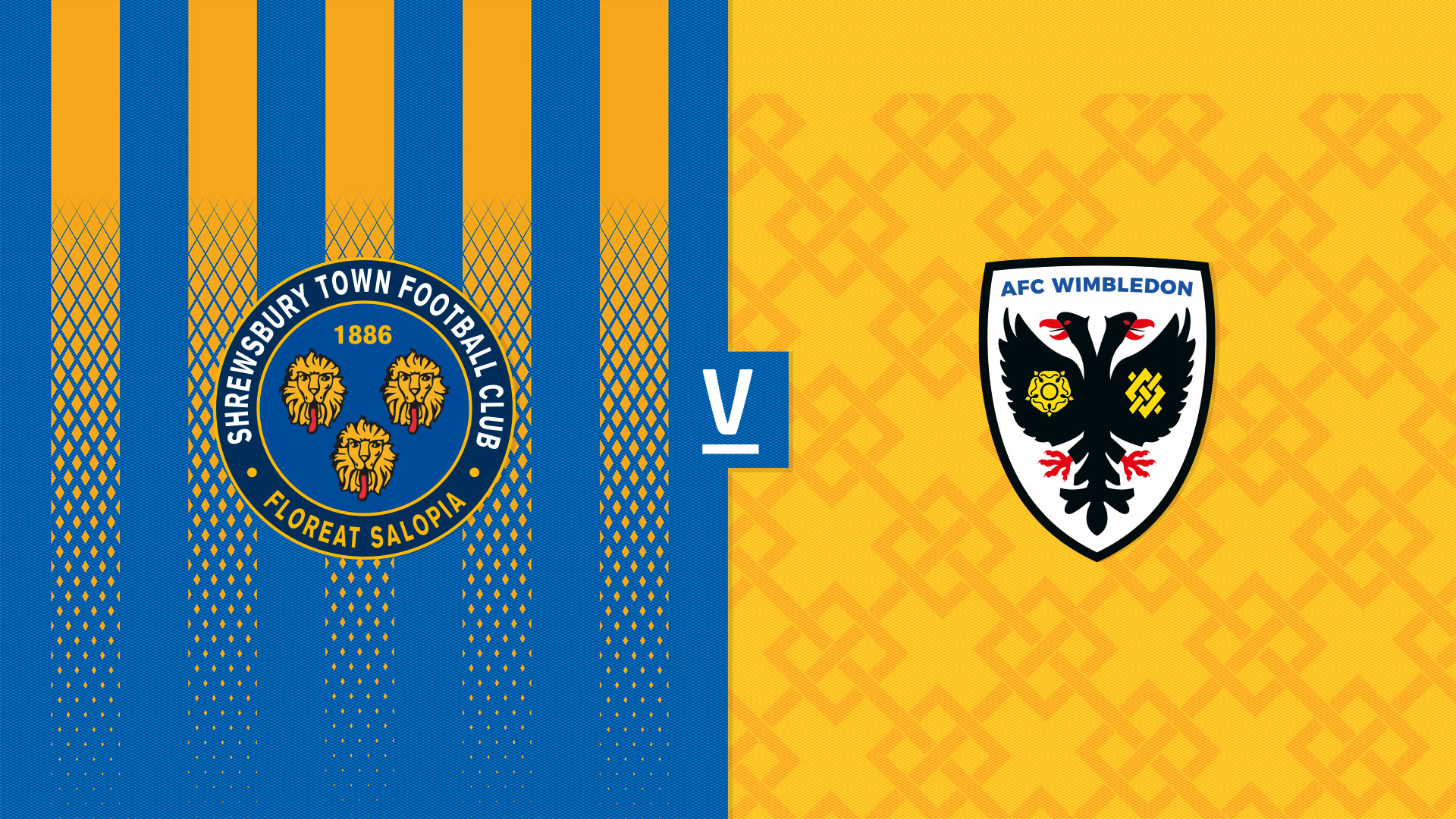 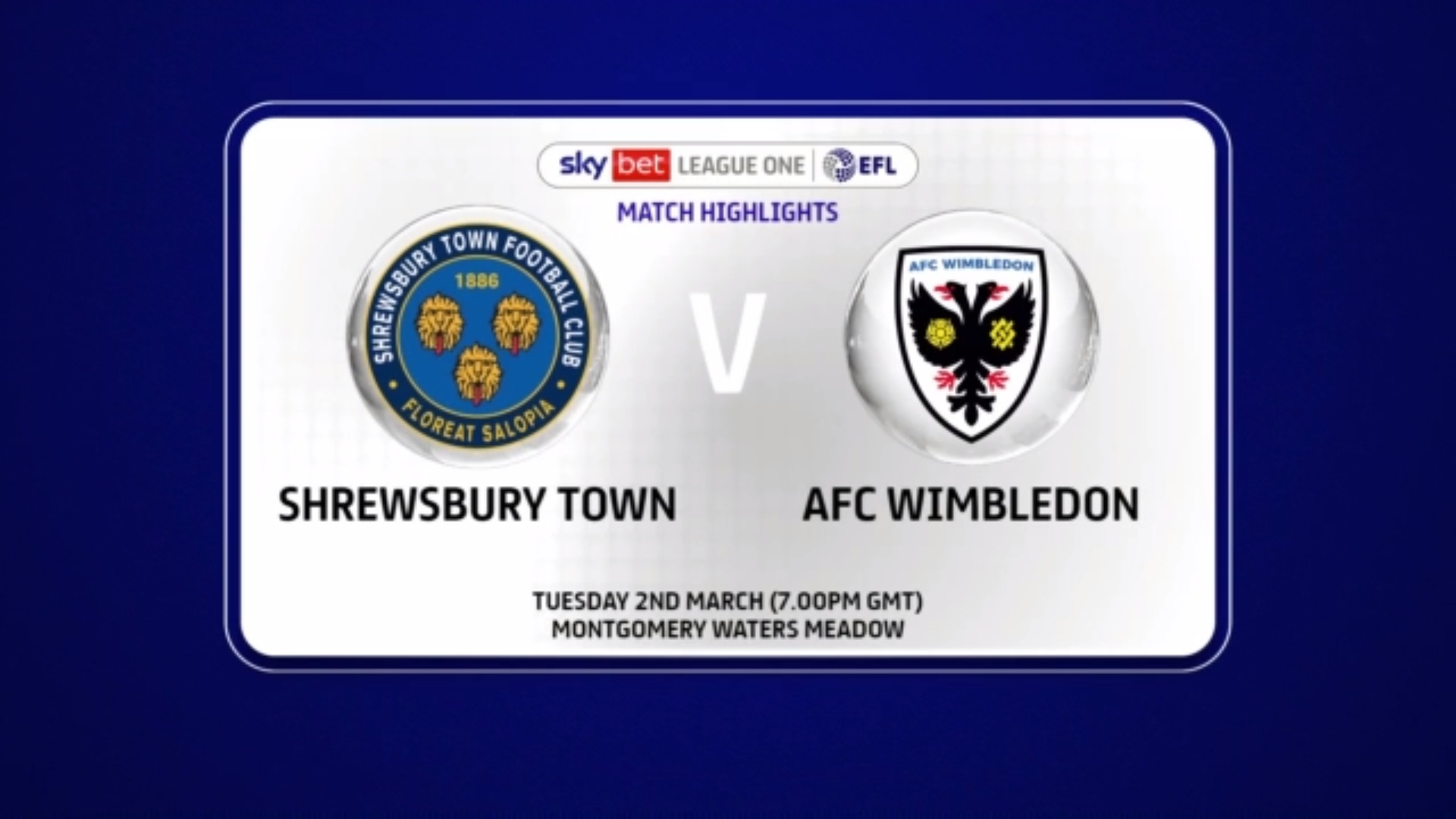 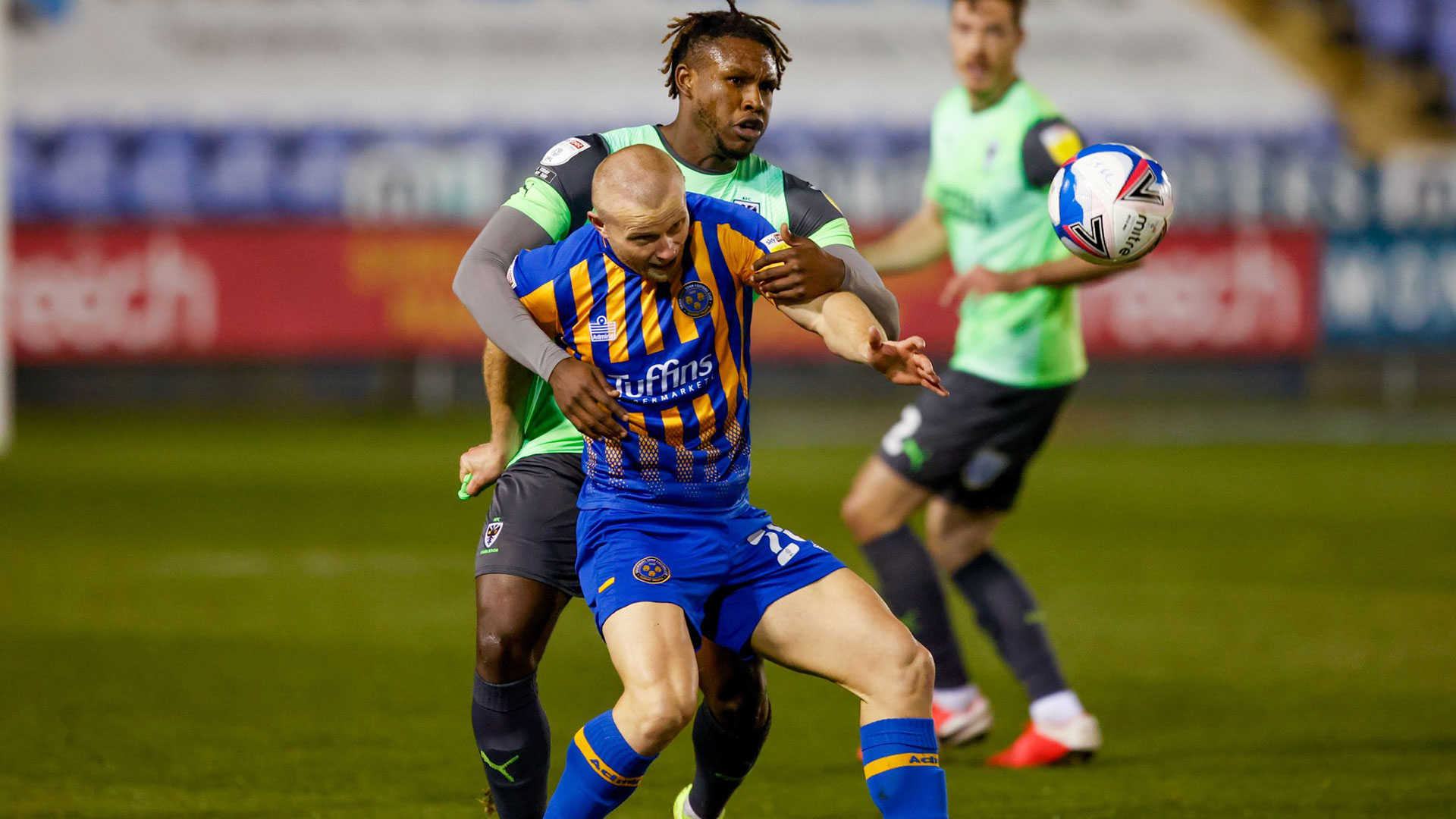