AFC Wimbledon’s impressive away league record this season was dented tonight, as Glyn’s boys slipped to defeat at Priestfield Stadium.

A fine headed goal by Ben Heneghan on his full debut had equalised for Wimbledon, but the visitors again paid the price for a defensive lapse as Dominic Samuel struck what turned out to be the winner in the 56th minute, Gills edging it 2-1.

The Dons certainly had chances to have earned at least a point, but it wasn't to be, and there's no time to dwell on it with an Emirates FA Cup tie at Barrow coming up on Thursday.

With such a packed schedule of games, it was no surprise that Glyn Hodges decided to make a couple of changes. Both were at the heart of defence with Ben Heneghan in for his full Dons debut and there was also a recall for Paul Kalambayi. Will Nightingale and Terell Thomas had to settle for places on the bench.

The Dons came into this match seeking another positive outcome on the road after just one league defeat this season. However, Wimbledon’s task was made more difficult in just the third minute when Gillingham marched into the lead. Alex MacDonald found Jordan Graham, who cut the ball back for Kyle Dempsey, and he finished emphatically. It was a well-worked goal, but from a Wimbledon perspective it was disappointing that no one got in a challenge.

Gills attempted to build on that early breakthrough and it needed Heneghan to make a vital block to stop Vadaine Oliver from doubling the advantage. As the first-half progressed, Wimbledon started to come into the game. Anthony Hartigan, who was aiming to build upon his impressive display at Rochdale, pulled the strings well in midfield. It was his lovely ball that threatened to fashion the first chance for Wimbledon as he picked out Joe Pigott in the box, but he was just stopped in his tracks before he could get his shot away.

As we approached the midway point of the first-half Wimbledon were starting to dominate possession and Pigott was starting to cause problems. Our top scorer had a goal-bound shot blocked, before his free-kick from 20 yards cannoned back off the wall. However, a deserved equaliser did arrive in the 28th minute – and it was certainly a goal worth waiting for. Callum Reilly curled in a superb delivery from the left and it was given the finish it deserved by Heneghan, who met the cross with a brilliant glancing header.

Since the first 15 minutes, Wimbledon had dominated the first-half with Hartigan, Alex Woodyard, and Reilly controlling matters in midfield. Pigott had an opportunity when he won a free-kick himself, but his well struck shot from 20 yards deflected off the wall and out for a corner, the striker’s appeals for a penalty turned away by the referee. The first-half whistle sounded with the score at 1-1 and the Dons could take plenty of encouragement from bouncing back so emphatically after a tough start.

Wimbledon came close to a second goal three minutes after the break when Ryan Longman’s powerful header was brilliantly saved by Gills keeper Jack Bonham. That turned out to be an important moment as Gillingham regained the lead in the 56th minute. Connor Ogilvie sent over a lovely cross that picked out Dominic Samuel, who volleyed home emphatically from close-range, though he had been left unmarked in the box.

Glyn Hodges responded to the setback with a double change by introducing Ollie Palmer and Jack Rudoni for Joe Pigott and Alex Woodyard. Just as they were gearing up to come on, Gills were almost celebrating a third when Dempsey’s free-kick thudded back off a post and away to safety. At the other end, Wimbledon’s substitutes both came close to equalising. Rudoni’s shot was well saved by Bonham, who also reacted well to turn away the follow-up by Palmer. Talented midfielder Rudoni, who had made such a big difference as a substitute at Rochdale, then threatened to come up with the goods again when he curled just wide of the far post.

As we entered the latter stages, Wimbledon piled men forward in search of the equaliser. Rudoni had a shot charged down, before the Dons came even closer with five minutes left. Hartigan sent over a fine free-kick from the left that picked out Nightingale, but he headed wide from close-range. That turned out to be Wimbledon's best chance of earning a point as Gills held on, and Wimbledon will be aiming to get back on track on Thursday at Barrow with a place in the second round of the Emirates FA Cup up for grabs. 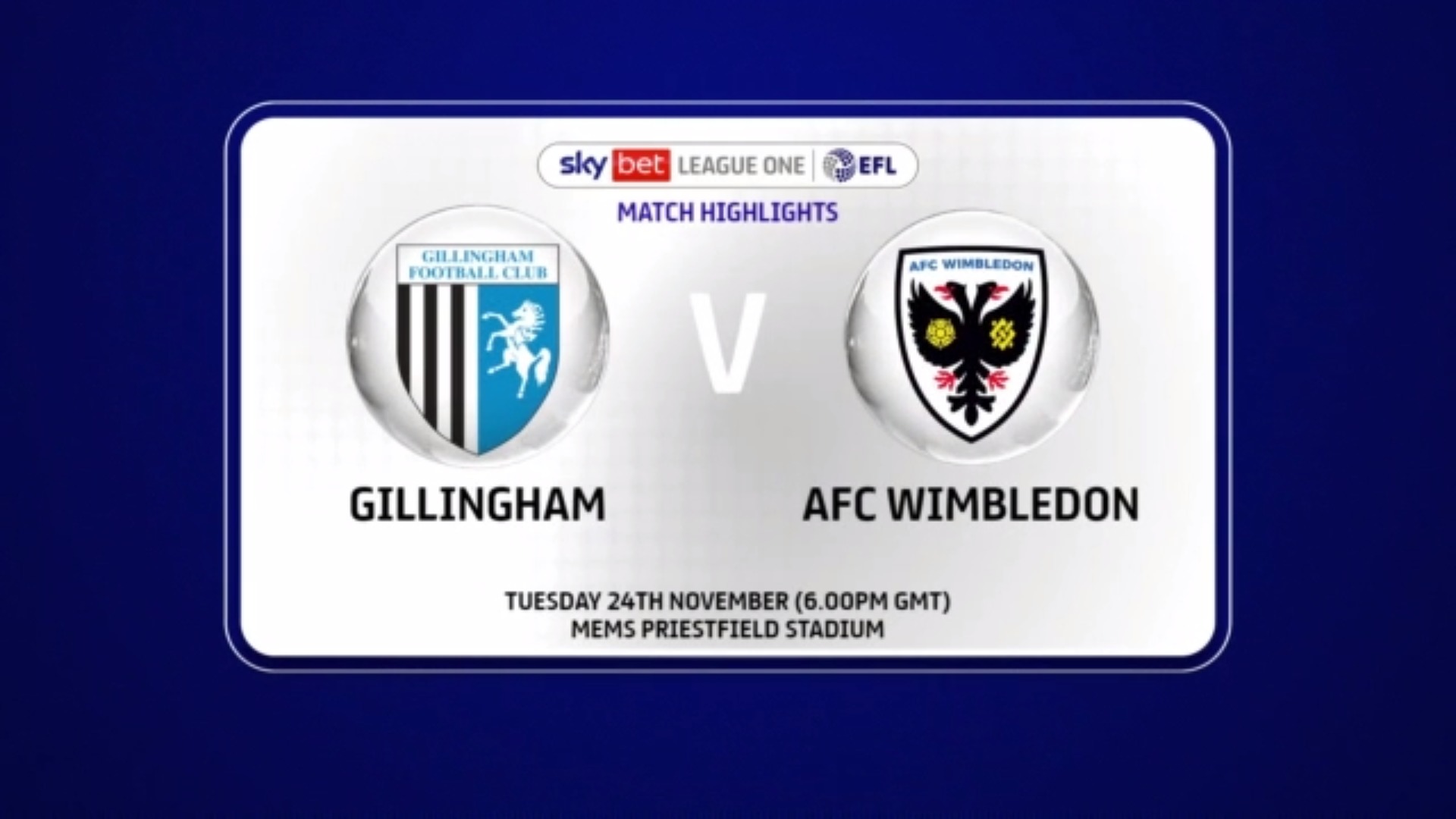 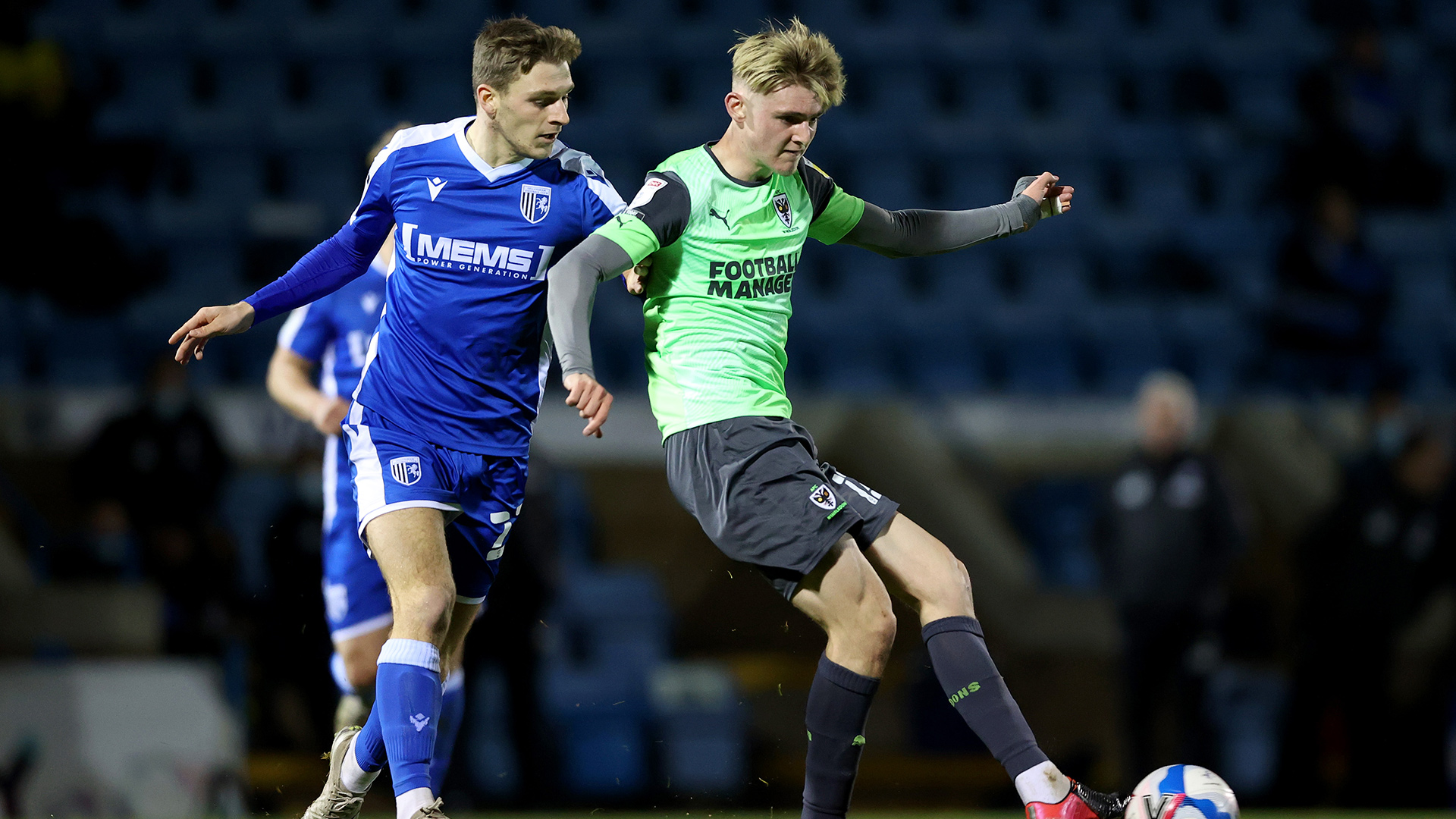 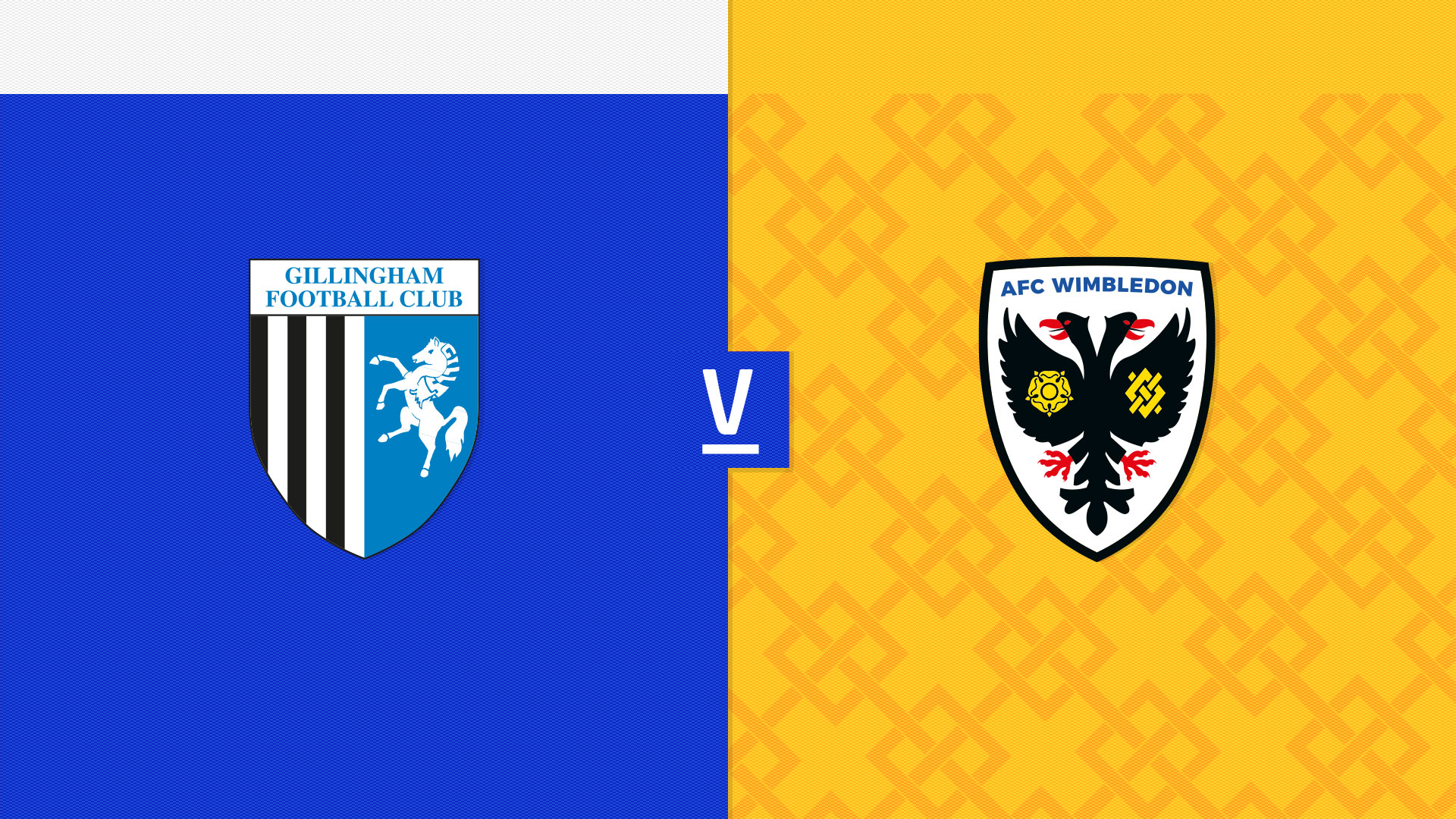