AFC Wimbledon earned a significant victory tonight with a goal by Callum Reilly rounding off our home matches at QPR.

Blackpool were reduced to nine men before the end, but the Dons were in charge when the numbers were even with Callum Reilly's excellent strike coming before the first dismissal. The 1-0 win was certainly fully deserved, as the Dons moved up to 11th in the League One table.

Glyn Hodges made three changes to his starting line-up after the 1-1 draw at Burton Albion. One of those was enforced with Jaakko Oksanen missing out due to an ankle injury and he was replaced by Anthony Hartigan. Ethan Chislett was restored to the line-up with Alex Woodyard on the bench and Ryan Longman was rewarded for his goal on Saturday with a starting role in place of Jack Rudoni.

The Dons came into this match aiming to sign off with a victory at our temporary home, before the first game back at Plough Lane a week today. With former Liverpool coach Neil Critchley in charge at Blackpool, the Seasiders had endured a difficult start to life in League One this season, but he had guided his side to a 1-0 victory against Milton Keynes on Saturday.

Wimbledon wasted no time in having a crack at goal with Luke O’Neill producing a long-range effort that flashed over the crossbar. However, Blackpool came close through Gary Madine, who headed straight into the arms of Connal Trueman after a cross by Sullay Kaikai was well delivered into the box. A few minutes later, Blackpool had the ball in the back of the net, but it was a clear foul on Trueman. The visitors certainly set out in the early exchanges to test Wimbledon’s resilience in defending crosses, but the Dons held firm, before taking the lead in the 13th minute. It was a fine goal in its execution. In-form Shane McLoughlin was the architect as he found Callum Reilly in space down the right. There was still plenty of work to do when Reilly took possession of the ball, but he cut inside and struck a powerful drive that left Blackpool keeper Chris Maxwell with no chance.

There was a blow for the Dons before the half hour mark when Luke O’Neill had to go off injured and he was replaced by Paul Kalambayi. Though chances to build upon that early opener were not easy to come by, Wimbledon came close through Joe Pigott, who struck a lovely free-kick from 25 yards that had Maxwell beaten, but his shot was agonisingly wide. Wimbledon’s chances of collecting maximum points were helped in the 38th minute when Ethan Robson was shown a straight red card for a rash challenge on Reilly.

Though Wimbledon were unable to add to the lead during the rest of the half, there was a long time still to make the most of the numerical advantage. The Dons came close to doing just that a few minutes after the restart when a cross by McLoughlin was blocked by Dan Ballard, but it rebounded off Chislett and just wide. Pigott also did very well to find space inside the box, but with the angle against him he struck a shot across goal that Maxwell touched into the danger area, but no one was able to get on the end of it to convert.

With Wimbledon having failed to kill off the visitors, Pigott was required to show his value from a defensive perspective when he made an important headed intervention to stop Blackpool making the most of a corner. However, the man who scored on his Wimbledon debut against Blackpool, came so close to sealing victory at the other end when he latched onto a fine ball by Anthony Hartigan and struck his shot on target, but Maxwell did well to tip the ball wide.

There was another twist in this tale in the 75th minute when Dan Ballard was shown a straight red card for a late challenge. Shortly afterwards, Pigott just failed to get on the end of a cross as he was beaten to it by a Blackpool defender. That was the last action for Pigott as he was replaced by Ollie Palmer, who came on for his long-awaited Dons debut after joining us in the summer. In the latter stages, Longman was denied by the keeper after Shane McLoughlin had set-up the chance with an old-fashioned nutmeg. One was enough in the end though for a Wimbledon side that have accumulated 12 points in nine games, a big improvement on this stage last season. 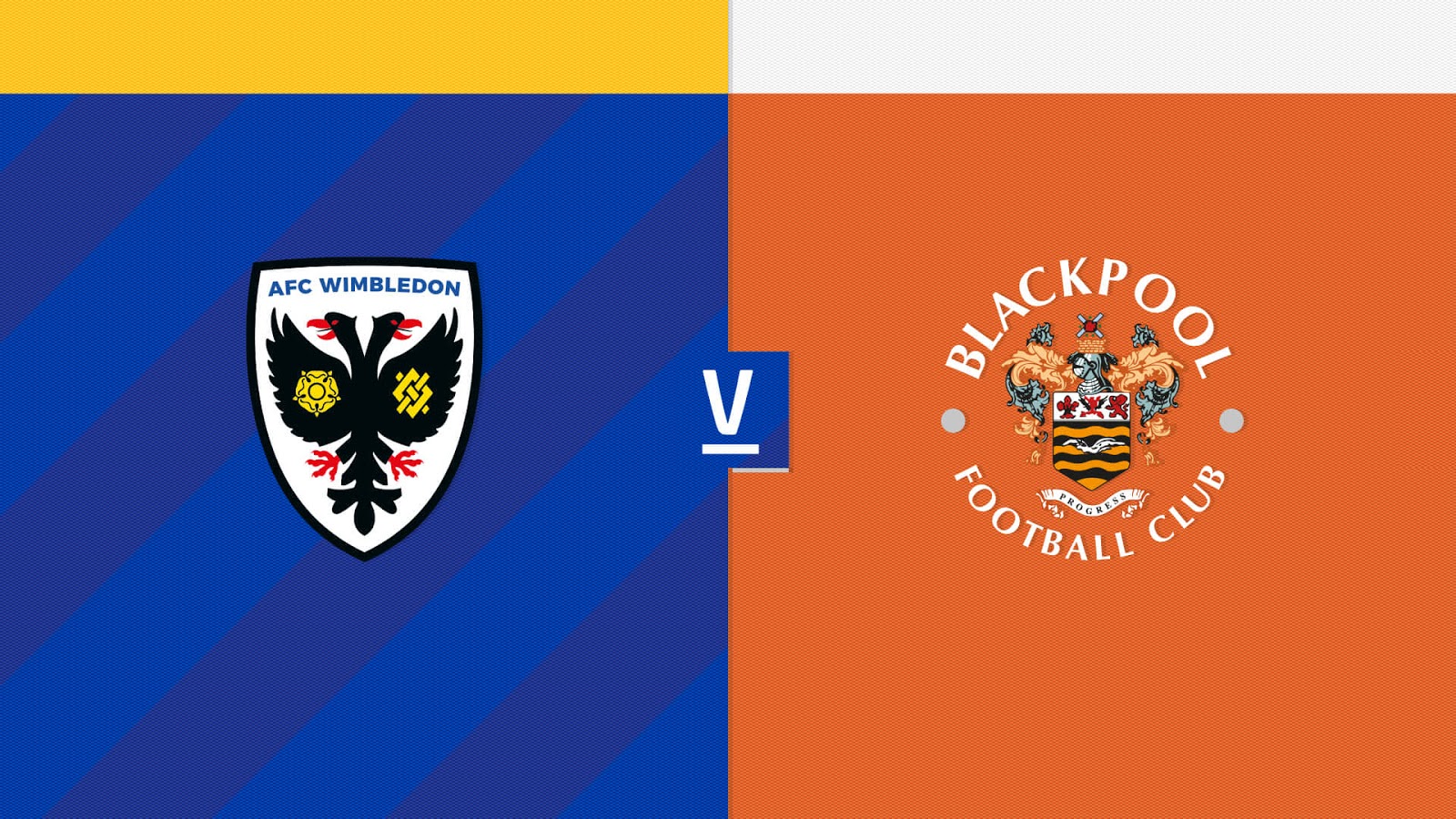 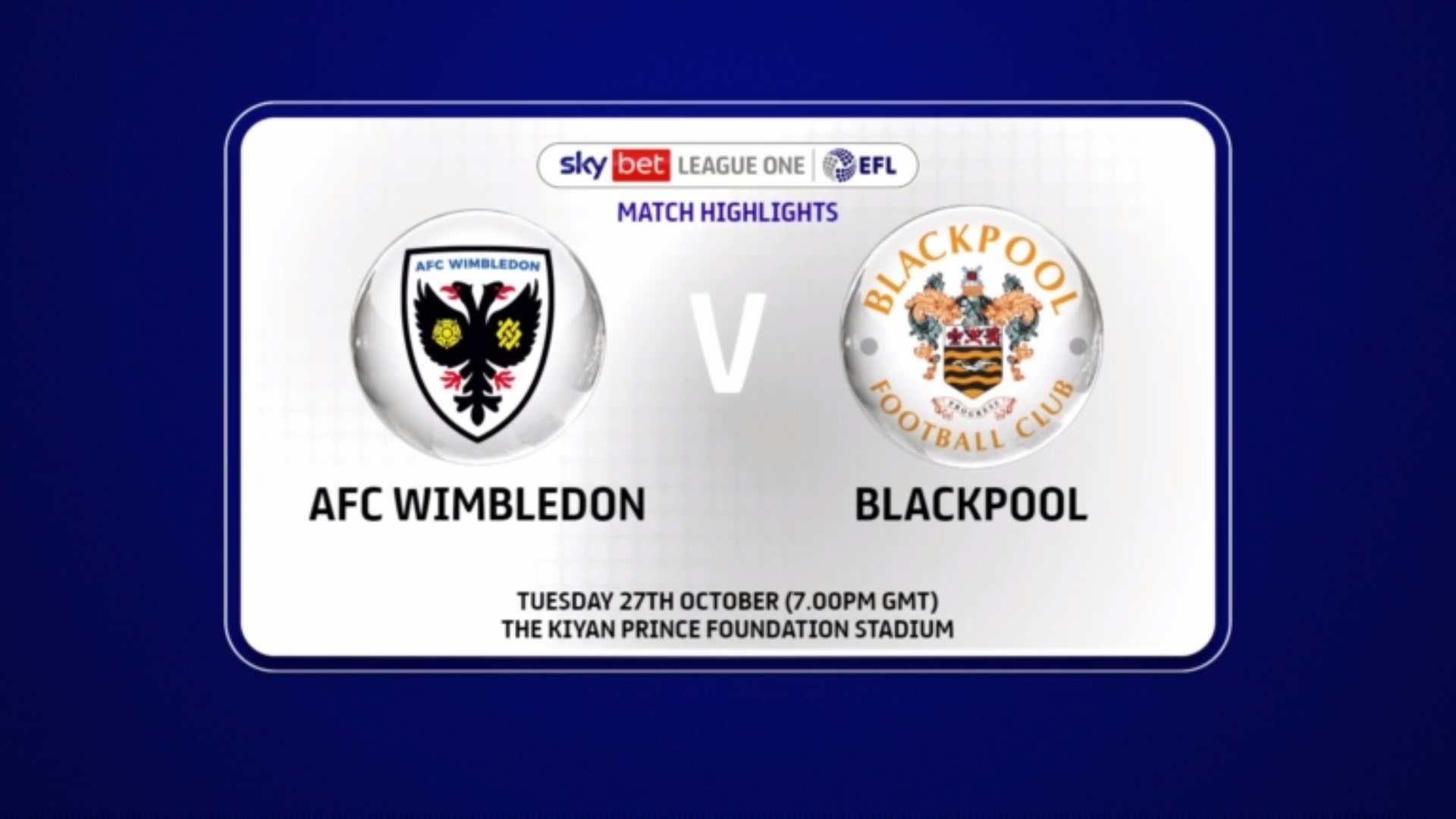 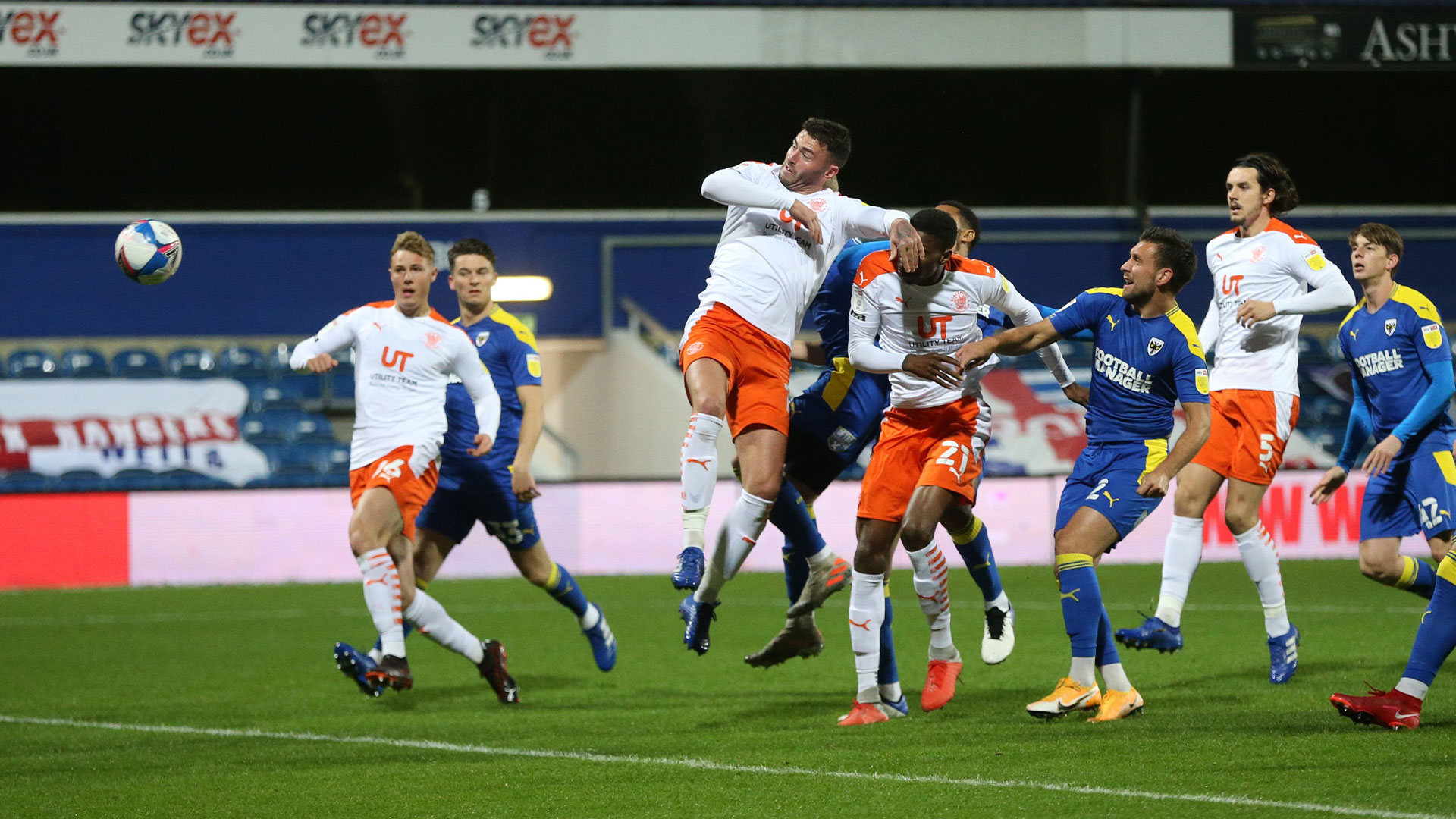