AFC Wimbledon had to settle for a point again today after missing out on a great opportunity to earn a first league victory of the season.

After marching into a 4-2 lead with 21 minutes left during a very entertaining match, Wimbledon allowed Plymouth back into the game and the match ended 4-4 after the visitors had even threatened to win it in injury-time.

Though the match ended in disappointment, the Dons had produced fantastic football at times, and with the finishes to match as Joe Pigott struck a double and Ryan Longman and Shane McLoughlin also registered fine goals.

In our first league match at QPR, the first hint of a chance came Plymouth's way in the 12th minute when Danny Mayor sent over a fine cross from the left that picked out Ryan Hardie, but his header was just over the crossbar. The visitors took the lead in the 16th minute after Wimbledon failed to deal with a corner. George Cooper took the flag kick and when Wimbledon failed to clear it he made the most of his second chance by curling in a lovely effort that went in via the far post.

It's an old football saying that teams are at their most vulnerable after they have scored - and that certainly turned out to be the case here as Wimbledon equalised less than two minutes later. Ryan Longman did very well to pounce after Plymouth had failed to clear a free-kick and his cross was diverted home by Pigott, who showed a real poacher's instinct to notch.

As Wimbledon took a hold on this game, Ethan Chislett shot just wide of the target after a lovely Dons move had prised open the Plymouth defence. The momentum had completely turned now as Wimbledon started to dominate after the away side's bright start. With Callum Reilly, Alex Woodyard, and Chislett starting to see more of the ball in midfield, Plymouth were struggling to get a foothold in the game as the first-half progressed. Longman was lively once again in attack, showing good movement and energy. On one occasion he almost got through on goal, but the flag was up for offside.

A sign of Wimbledon's superiority was that Luke O'Neill was starting to get further forward and he sent over a lovely cross that picked out Joe Pigott, but his header was off target. Pigott also had a shot charged down as Wimbledon showed plenty of positive signs in attack. However, there was a sting in the tail right at the end of the first-half as Plymouth scored through a wonder strike. There looked to be little danger when Conor Grant picked up the ball 25 yards out, but he let fly with a superb shot that left Connal Trueman with no chance.

A half-time deficit was harsh on Wimbledon after an impressive response since falling behind and there had been enough promise in attack to suggest that the Dons could hit back again. Though the half started with Trueman forced into a save to deny Hardie, it was 2-2 in the 49th minute. Shane McLoughlin started it all with lovely play on the right, leaving Hardie trailing in his wake before sending over a fine cross that deserved a goal. Though no one was able to get on the end of it, Nesta Guinness-Walker quickly recycled the attack by sending over a cracking cross from the left and McLoughlin showed determination in abundance to get there before the keeper and flick home.

This time after drawing level Wimbledon pressed home the advantage. Joe Pigott won a free-kick 20 yards out and he quickly got to his feet to take responsibility. It was certainly the right decision as the forward struck a superb effort into the top corner. Better was to come as Pigott turned provider by picking out Longman after a quick break and the young forward showed real composure by lifting the ball over the keeper. At 4-2 up, Wimbledon appeared to be on the way to a first league victory of the season, but Danny Mayor sent a warning to the hosts when he cracked a shot against the crossbar.

With 77 minutes on the clock, Plymouth had a lifeline when Niall Canavan headed home at the near post from a corner. Less than a minute later and it was 4-4 when Dominic Telford slotted home from close-range. All of a sudden, the Dons were struggling to hold on for a point. Trueman did very well to get down and deny Nouble, before Telford headed wide from close-range. The Dons managed to stem the tide as Plymouth sensed a late winner was on the cards and the final whistle signalled another league point for Wimbledon. 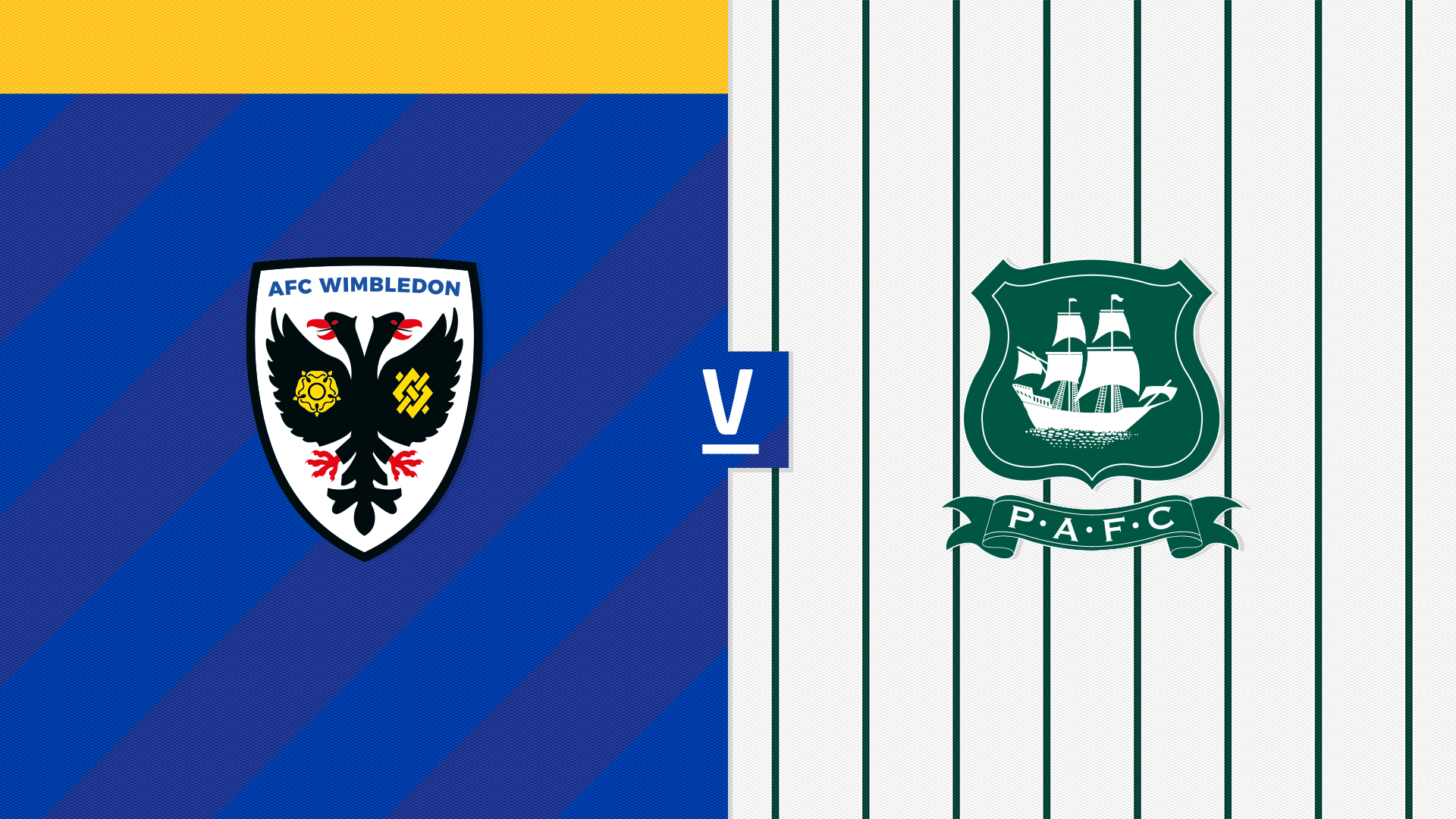 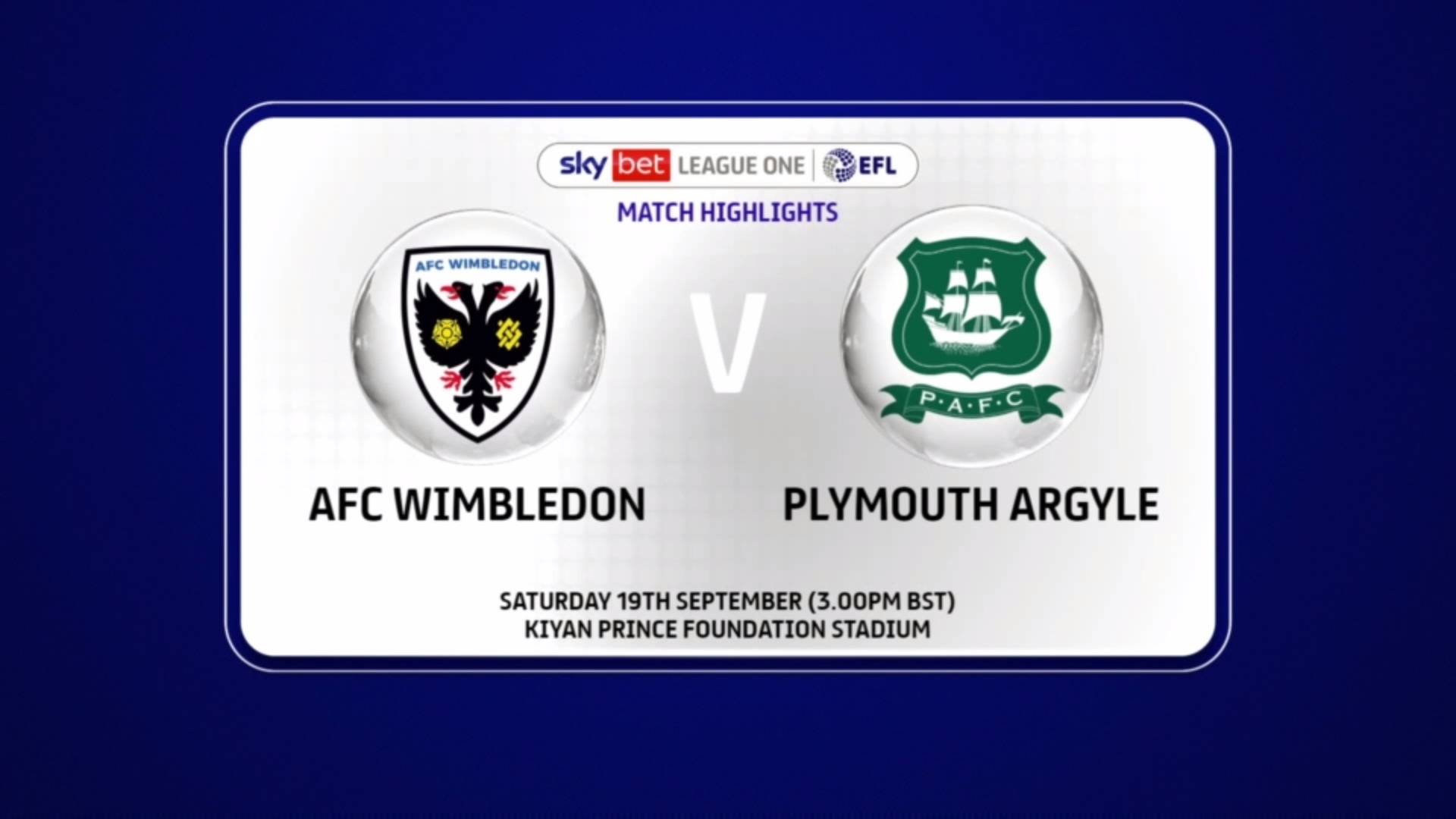