Mark Bowen is determined to get a win for our army of loyal volunteers on their day out with the Dons at Crewe on Good Friday.

“It’s a fantastic initiative,” said Mark as Cherry Red Records again sponsor travel, a pre-match meal and tickets to those that have given their time to help the club over the course of the season.

“It doesn’t surprise me though, as I continue to find out things that make this club special. To give back to the helpers who give their time for nothing is huge and long may that continue. For me, as manager, the first thing that springs to mind is let’s bloody give them something to come home with - like three points!”

We head into this crucial away game without young striker Zach Robinson (hamstring injury), but our manager believes there are enough attacking options to cope.

“Zach has done a fantastic job since I’ve been here,” said Mark. “He’ll be a big miss for us. It’ll keep him out for the next fortnight and quite possibly the remainder of the season. At the same time, it does present opportunities for others.

“Sam Cosgrove is coming back after his busted cheek; he’s got a mask. He’s had a week’s training after his cameo last weekend, and he’ll be important for us in the run in. As will Derick Osei Yaw and Terry Ablade, so there’s places up for grabs in that area. Apart from Zach, everyone seems to have come through this week and we’re relishing the challenge.”

Hosts Crewe parted ways with boss David Artell after their fate was sealed last week. However, Mark has a clear view of the approach his squad need to take in our own battle for League One survival.

“I don’t put a lot of emphasis into the fact they are down. They've got nothing to play for, the shackles are off, and a new manager has come in. Crewe are down there for a reason, so we’ve got to make sure it’s about us and that we put in a performance.

“We go into it as I see it, rightly so, as favourites – even though it’s on their patch. It’s something in the short time I’ve been here that we haven’t had previously. We’ve gone into those three games as underdogs and sometimes mentally it’s a lot easier as not a lot is expected of you. I’m putting the emphasis on our players to go to Crewe and obviously, first and foremost, don’t get beat.  Very close behind that is the message that it’s a game we’ve got to go and win.

“I’m relishing these next two games over Easter. After last Saturday there was a feeling in the dressing room of disappointment, but also determination and a feeling of belief. I think it’s important for our fans to know that. It would be quite easy for the players to come in and think we deserved more, but there’s a real belief in that dressing room. We’re looking forward to this weekend and we know the importance of the games. I feel that performance wise, we’re not doing a lot wrong.”

You can see the full interview with Mark Bowen below, via the video link to our official YouTube channel.

For Dons supporters travelling by train up to Crewe on Friday, please be aware that your journey up north will take longer than usual.

This is due to no trains running from Euston Station. Trains from London to Crewe will take between three and four hours, leaving from Paddington (change at Reading, Wolverhampton), Marylebone (change at Birmingham Moor Street) or St Pancras (change at Bedford or Kettering).

With increased journey times on the train, why not book a place on our coach up to Crewe?

The price is £30 for a return journey with the following pick-up points and times:

E-mail info@afcwimbledon.ltd.uk  to make a booking for the coach.

You can buy in advance or on the day to show your support for the Dons in a vital League One clash (3.00 pm kick-off).

Tickets are available in advance up until 12 noon on Thursday from our online ticket shop.

If you ordered before 11.00 am on Tuesday morning your ticket will have been posted out (unless you requested to collect tickets). If you expected to receive your ticket in the post and it hasn’t come by Thursday morning, please let us know. E-mail tickets@afcwimbledon.ltd.uk .

Prices of tickets (same on the day) are as follows:

Ambulant disabled supporters pay the age related price for their ticket and a carer will be admitted free of charge. For ambulant disabled tickets, please e-mail tickets@afcwimbledon.ltd.uk  .

Cheer on Bowen’s boys and help lift us to an important victory! 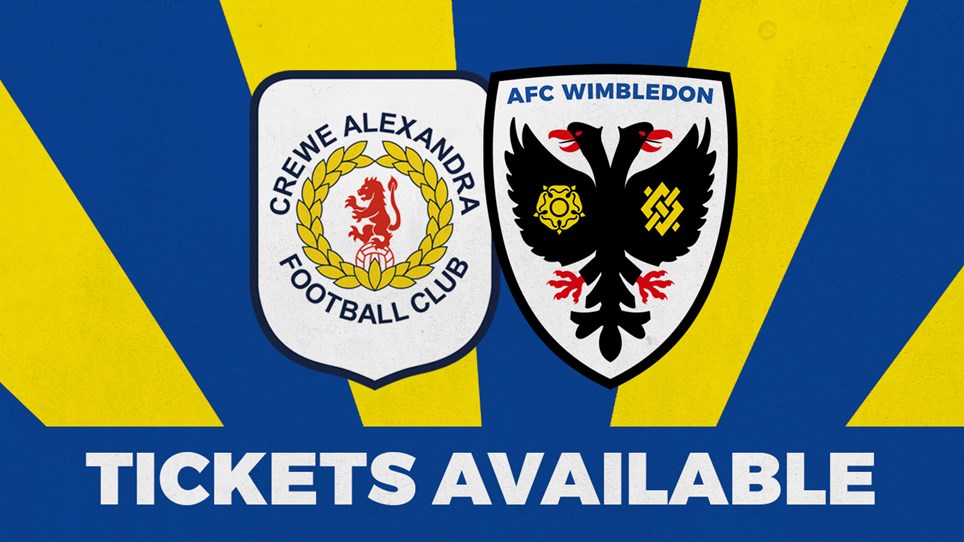 Tickets and travel for Crewe


Our next League One match is at Crewe Alexandra on Friday (3.00 pm kick-off) and your support will be very much appreciated in pursuit of a vital victory. 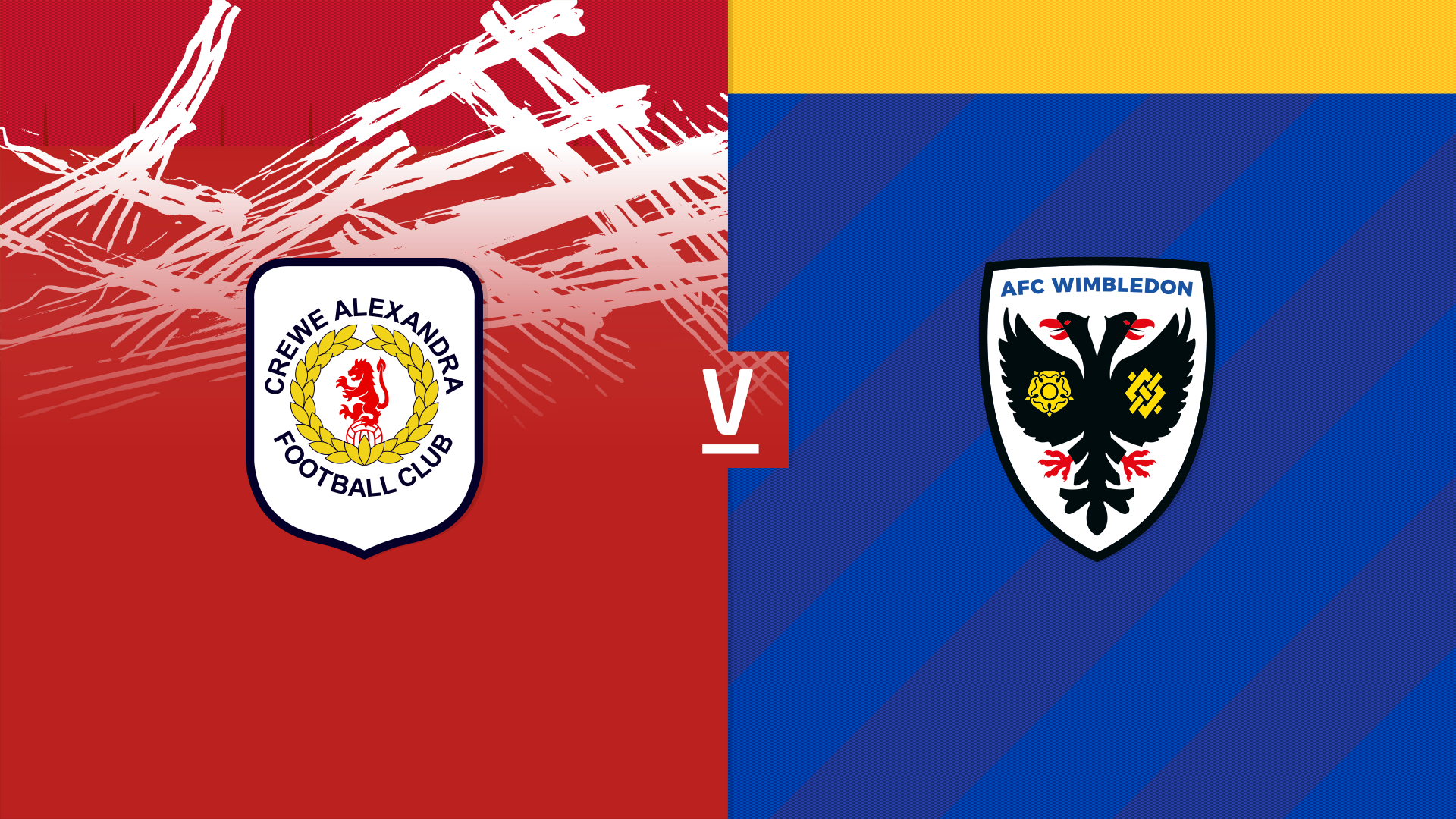 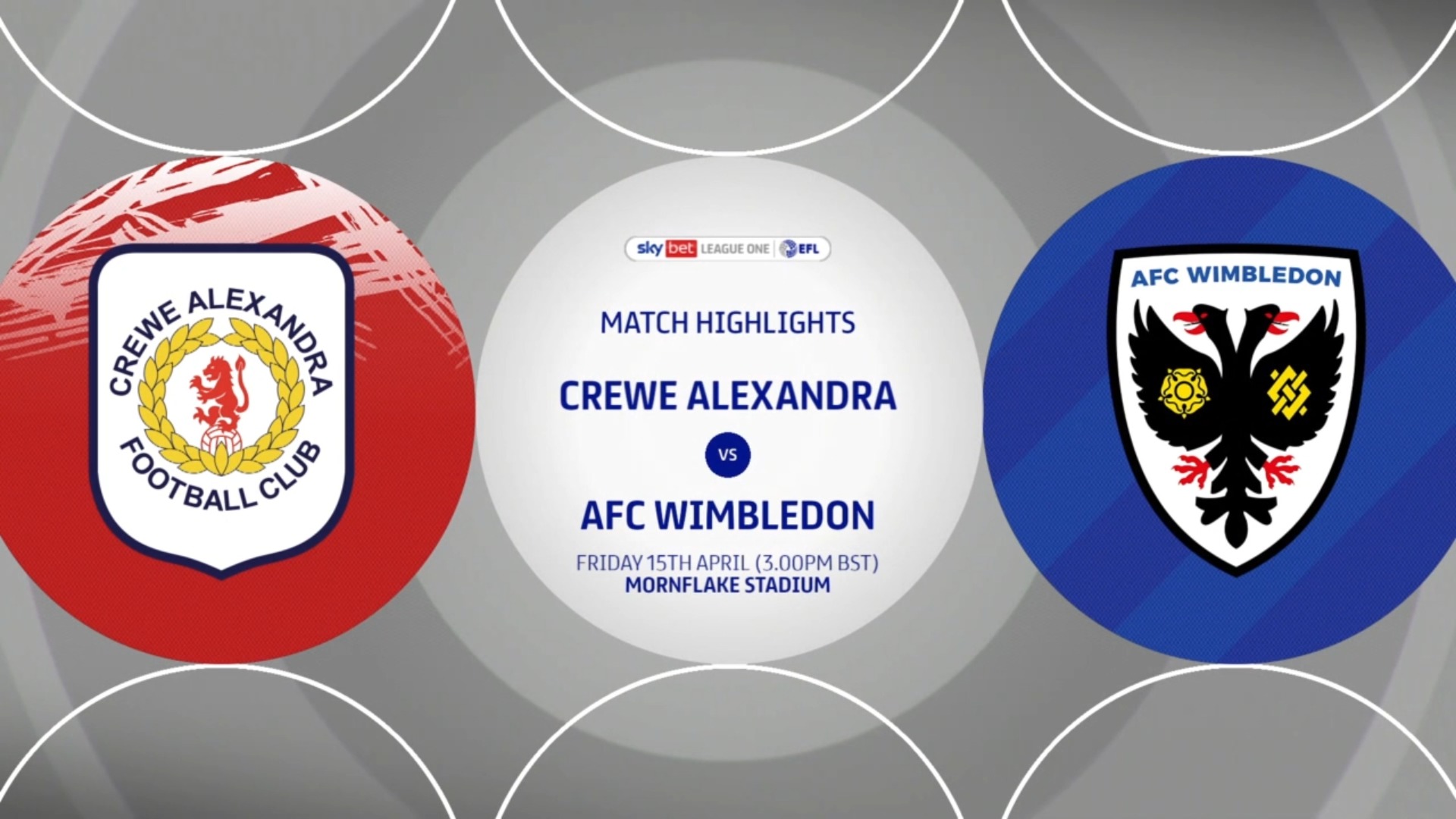 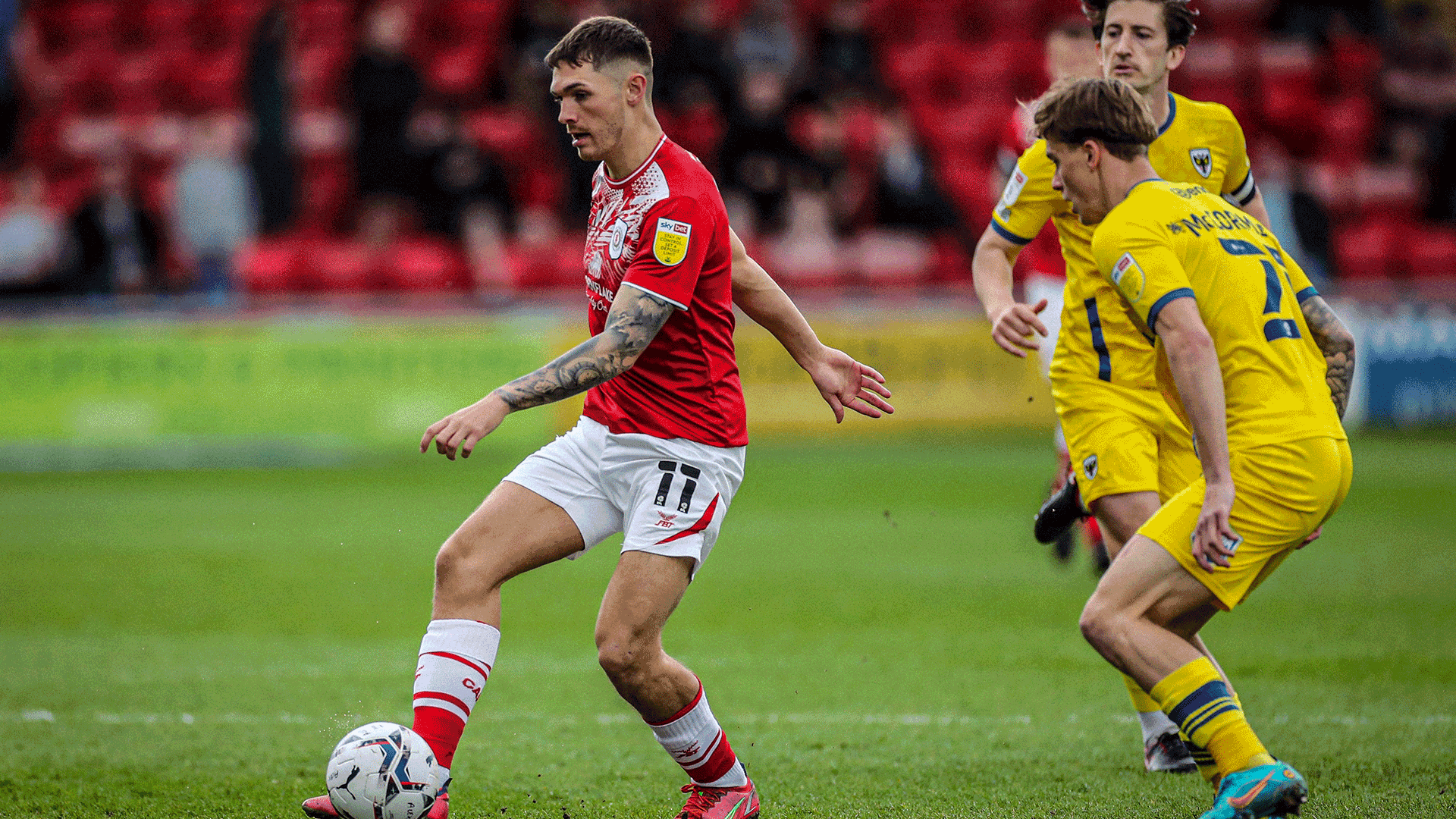