The Dons were left reeling by a goal deep into injury-time that denied us a deserved three points at Plough Lane.

An emphatic header by Ollie Palmer had appeared to seal victory for the Dons as it came in the 86th minute of a match when David Tutonda had been sent off for the visitors, but a deflected strike made it 1-1 with almost the last kick.

It seemed that we were on course for a perfect ending to our first midweek league game in front of fans since our Plough Lane return. The place was simply rocking with our raucous home support toasting Palmer's soaring header and the possibility of moving up to the dizzy heights of fourth place in League One. However, a fortunate deflected shot changed all that, and Robbo described it as a 'kick in the teeth' afterwards.

Despite the disappointment of conceding in such circumstances, this was another vibrant display that augers well for the future with a young squad that's only going to get better.

Mark Robinson made seven changes to his starting line-up after the 3-3 draw versus Bolton, including handing first Wimbledon league starts to Aaron Pressley, Dapo Mebude, Henry Lawrence, and George Marsh. Dan Csoka, Paul Kalambayi and Paul Osew were also handed recalls, the latter after an eventful match a week ago when he scored at Charlton and had to come off due to concussion. For Gillingham, Ryan Jackson, our former right-back, missed out due to an injury suffered in their 1-0 defeat at Plymouth.

Wimbledon took a firm grip on possession in the first half hour, but it was proving difficult to break down a stubborn Gills defence. Though the visitors had picked up just one point from their first two league matches, they had only conceded two goals in the process. At the other end, there was minimal threat posed, and Paul Kalambayi rose to the challenge at the heart of defence when Gills resorted to their trademark tactic of launching the ball into the box. It was the Dons playing the football in the first third of this match and a very good move ended with a shooting opportunity for Alex Woodyard, but he shot well over the crossbar.

After a relatively quiet spell for him, Mebude sprung into life in the 36th minute when he found space for a shot just outside the box, and his well struck effort flashed just off target. That produced a quick response from the visitors and they had their best chance so far through a good team move that ended with Olly Lee’s low shot saved by Tzanev. As per usual, Ayoub Assal was proving to be a handful for the opposition, and he sparked a lovely Wimbledon move when he picked out Lawrence on the back post, and his pull-back found Pressley, but his shot was saved by Cumming. The first-half ended without a goal, but Wimbledon had shown plenty of attacking promise. Too often, the final ball had been lacking, but Gills had defended well in fairness, getting in vital blocks at key moments.

As we approached the hour mark, the Dons started to exert sustained pressure. Paul Osew, who had been switched to an attacking right sided role, gave Gills something to think about, and Assal and Mebude started to find more space. However, the visitors remained resolute and Robbo therefore made a treble change in the 65th minute. Ollie Palmer, Ethan Chislett, and Luke McCormick were sent into the action with Aaron Pressley, Dapo Medude, and Osew withdrawn. The substitutions breathed new life into Wimbledon. Chislett showed good movement to find space on the right and he sent over a dangerous cross that no one really anticipated enough to get on the end of. With 18 minutes remaining Gills were reduced to 10 men – and it was fully deserved. Chislett created space on the right for Lawrence, who threatened to go through on goal, but he was taken out by David Tutonda, who received a second yellow card.

McCormick was found in space and his superb cross was headed home emphatically by Palmer. With 86 minutes on the clock, it appeared to be all over with the Dons heading for all three points, and seven points out of nine. However, there was a cruel sting in the tail deep into injury-time. The allocated six minutes appeared to have elapsed, but still the referee played on, and a shot by Harvey Lintott was deflected by Paul Kalmabayi to leave Nik Tzanev with no chance of saving it. The equaliser was harsh on Wimbledon with Robbo’s men having deserved all three points, but there’s no time to dwell on the disappointment with a trip to Sunderland up next.

Tickets for our home game tomorrow against Gillingham are ready to be downloaded online. Please ensure you download your ticket.

2. On your home page you will see your full booking details. Please click on VIEW TICKETS.

3. Once you have viewed your ticket, you will then be given the option to PRINT or OPEN MOBILE TICKET. 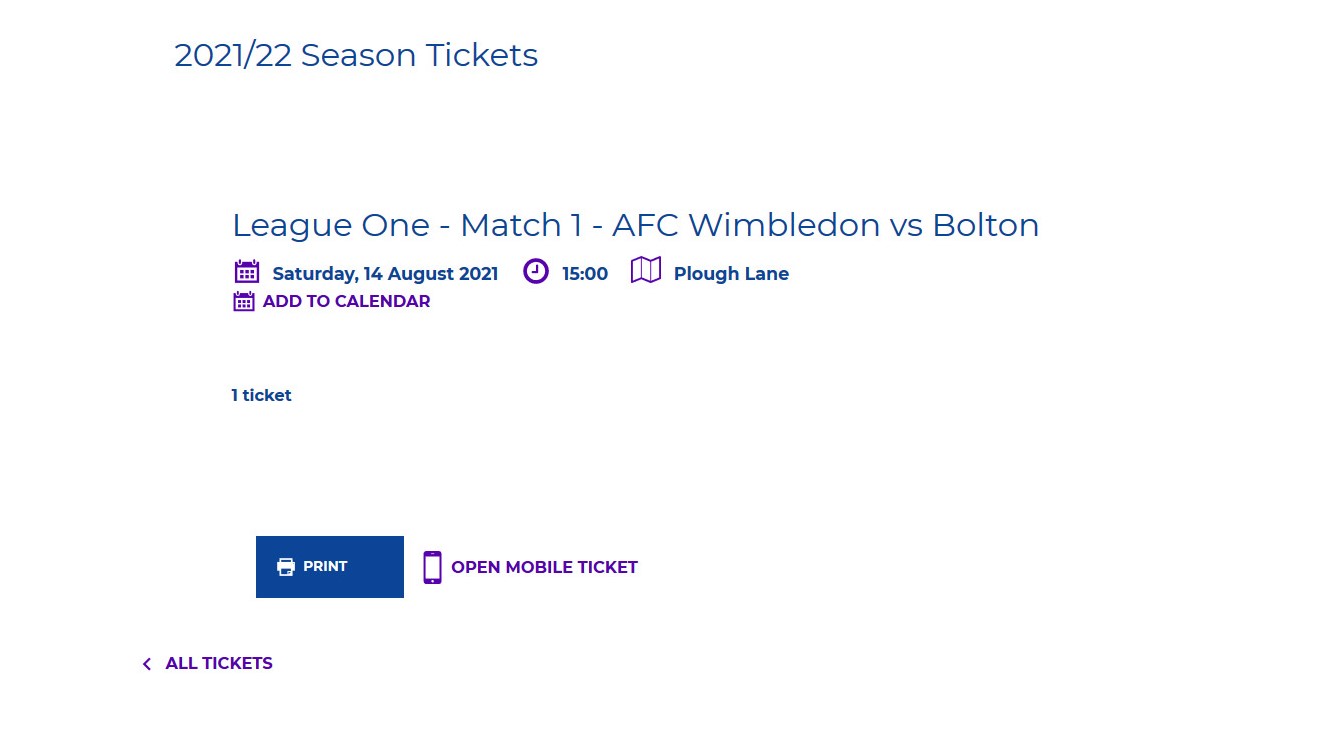 Although it is not compulsory to now accept our SUPPORTERS CODE OF CONDUCT, we kindly ask you to read it prior to downloading your ticket here. 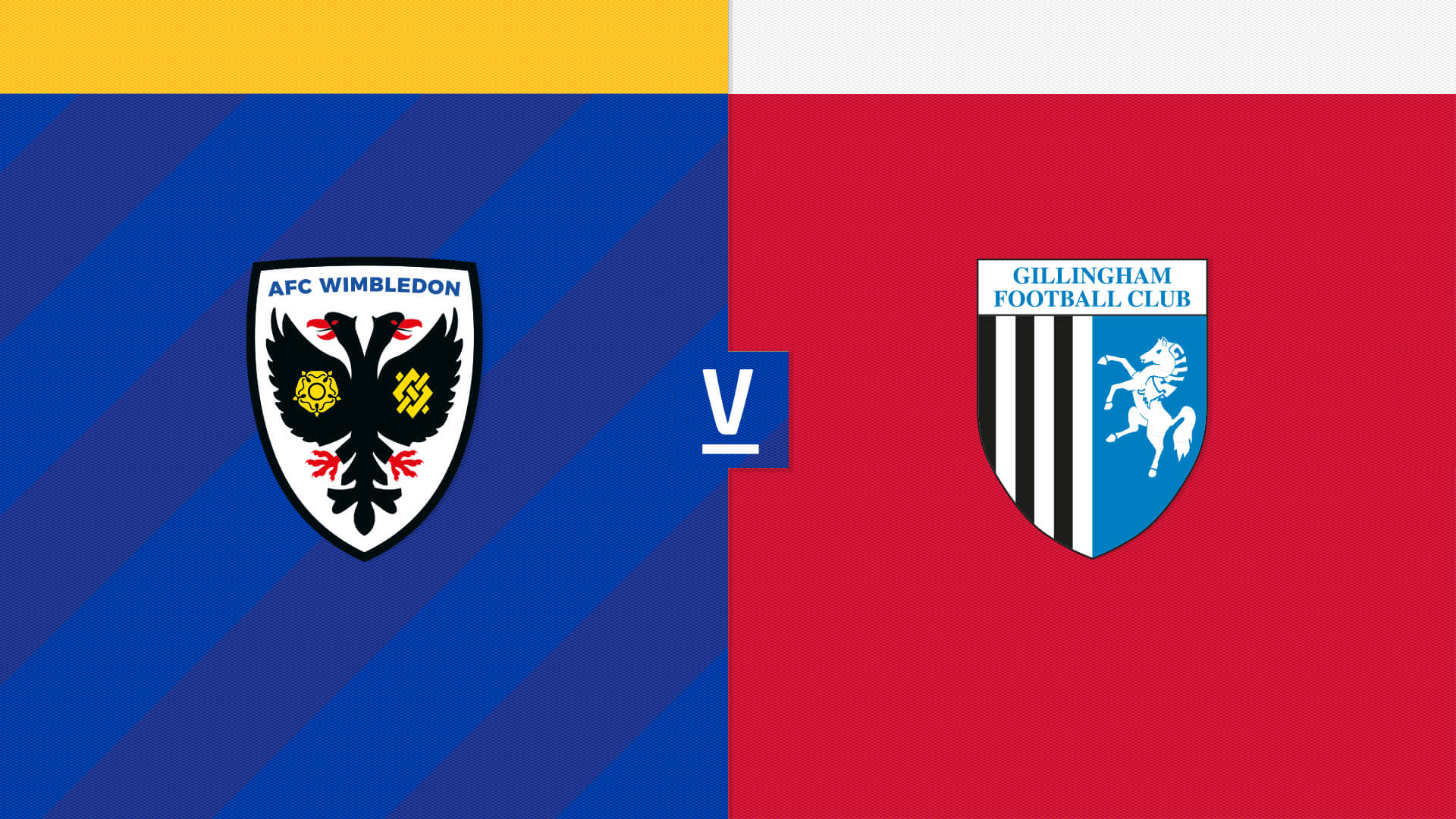 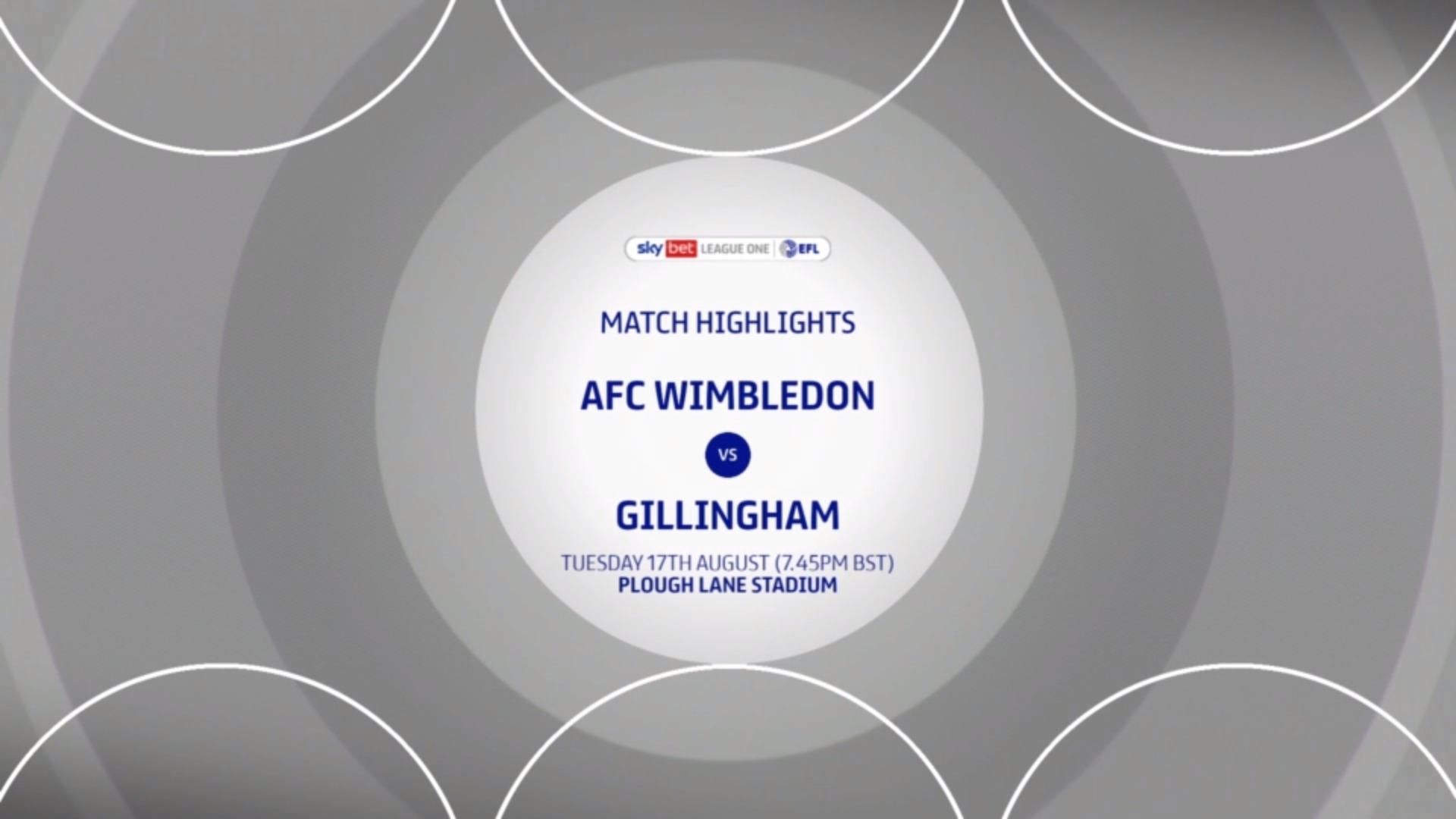 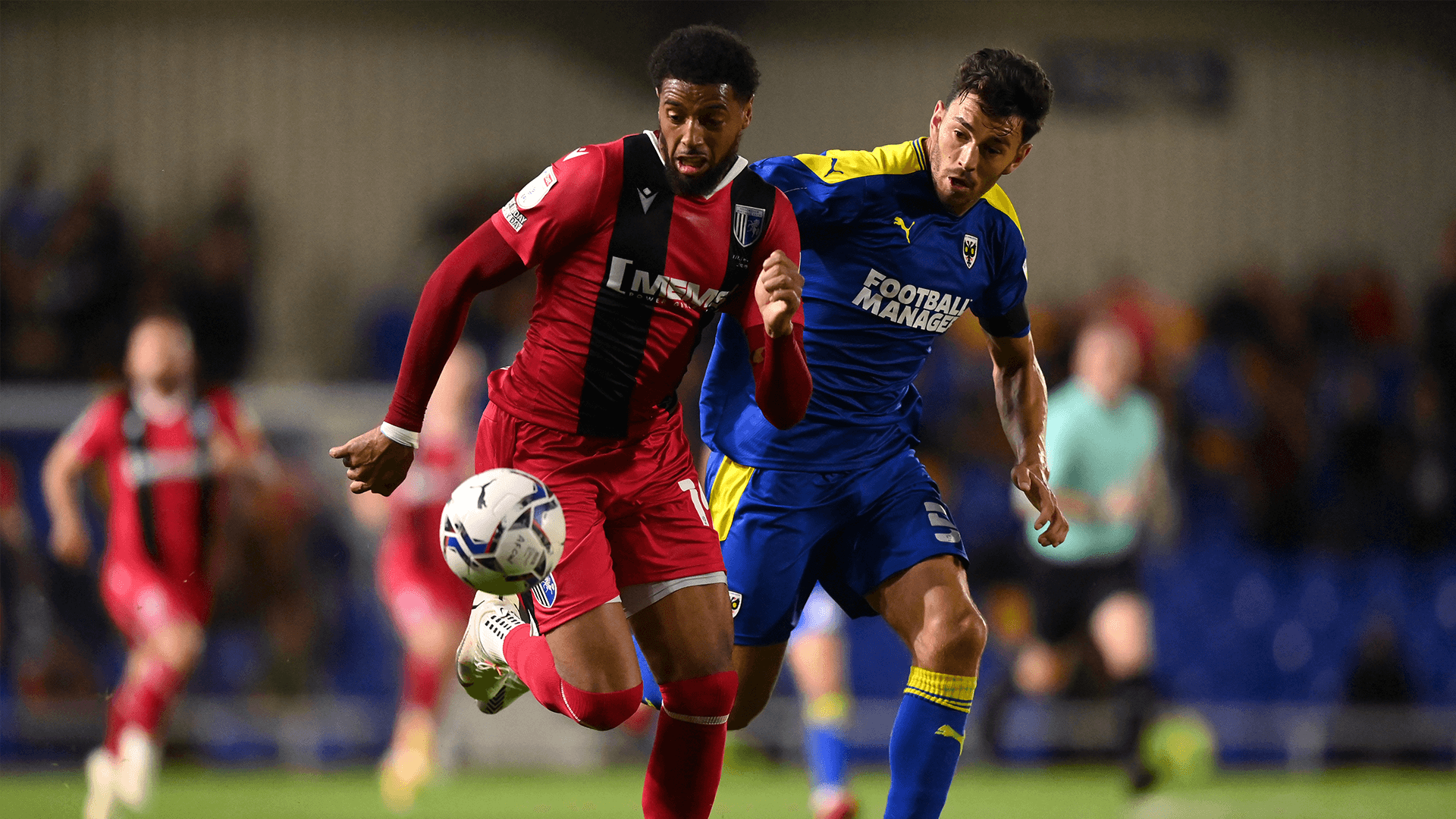