The Dons made it two wins out of two this season with a fully deserved victory in the Carabao Cup tonight.

In a hugely satisfying night at the Valley, Robbo made wholesale changes to his starting 11, before watching his side provide evidence of quality squad depth with a 1-0 victory. Paul Osew struck the all-important goal on the night, a well-taken strike after a superb team move involving good wing play by Henry Lawrence. With 584 travelling Dons roaring on the boys to victory at Charlton and celebrating with the team at the end, this was another night that cemented the attachment between our fans and this emerging squad.

In stark contrast to last season's Carabao Cup first round exit, there is the prospect of a decent run in this competition, something that has been lacking since our promotion to the league back in 2011.

As expected, Mark Robinson shuffled his pack for this match, making eight changes to the side that started at Doncaster. Nik Tzanev, Anthony Hartigan, and Ben Heneghan were the only players to retain their places. George Marsh, Dapo Mebude, Aaron Pressley, and Henry Lawrence were all handed their first Wimbledon starts. Nigel Adkins also made plenty of changes – seven in total – with Jacob Roddy, Deji Elerewe, and Charles Clayden making their first Charlton starts.

With so many changes, it was hardly a surprise that the game got off to a scrappy start. Ben Heneghan, who was so impressive at Doncaster on Saturday, stayed alert to clear a Ben Watson shot from outside the area. However, the hosts offered minimal threat in the first 25 minutes with Wimbledon staying in defensive shape effectively. At the other end, the Dons had been unable to fashion a clear-cut chance themselves, but there had been plenty of attacking promise. Mebude showed his qualities by running with the ball at pace when given a chance to run at the Charlton defence and Ethan Chislett displayed fine passing skills to spark good moves.

The Dons marched into the lead in the 26th minute – and it was a great goal too. Right-back Lawrence, who had made a bright start, got in a cross and it was finished clinically at the back post by Paul Osew. It was certainly no easy task for a player who broke into our side as a left-back, but Osew showed that poacher’s instinct from the days when he played for our academy as a forward. Wimbledon were certainly full value for the lead, and the advantage was almost doubled shortly afterwards. George Marsh had started very well at the Valley, displaying good vision in the centre of the park, and that was in evidence when he picked out Chislett with a quickly-taken free-kick through the middle. Chislett showed fine touch to go through on goal and the finish was good too, but his shot was cleared off the line.

With Paul Kalambayi slotting in effectively alongside Heneghan, Wimbledon stayed strong at the back until the half-time whistle sounded. Robbo decided to keep the same 11 for the second-half and his side were on the front foot from the outset again. One fine move involved Chislett picking out Osew on the left, who sent over a lovely cross, and Medbude appeared to be taken out in the box, but the referee thought otherwise.

Ten minutes into the second-half and Charlton finally created a meaningful chance when Josh Davison found space through the middle and shot on target, but Nik Tzanev stayed big and deflected the ball wide for a corner. Though Charlton started to exert a bit more pressure with their fans getting more vocal in support, the Dons almost doubled the advantage just before the hour. Aaron Pressley, who impressed with his movement and hold-up play, picked out his forward partner Dapo Mebude, who cut inside and unleashed a curler that flashed just wide.

Robbo made his first change in the 63rd minute with Mebude the man to make way for Ayoub Assal. The pacy forward had certainly made a big first impression on our supporters as he departed to a standing ovation from our away supporters behind the goal. Osew departed shortly afterwards through injury, but Mark Robinson said afterwards that it was not serious. He departed with a walk in front of the visiting Dons fans, who gave him a rapturous ovation for his efforts. In the latter stages, Charlton didn't really threaten to strike a goal that would have earned penalties, and Wimbledon deservedly march on into the second round.

AFC Wimbledon’s first midweek match of the 2021/22 season is at Charlton Athletic on Tuesday 10 August (7.45 pm kick-off) and tickets will be available to buy on the night.

The host club are not selling tickets to away fans in advance for this Carabao Cup first round match.

Dons supporters will be able to buy tickets from the South Stand ticket office (card payments only) at the following prices:

With tickets only available on the night to our fans, we advise you to arrive early if you want to avoid queuing. 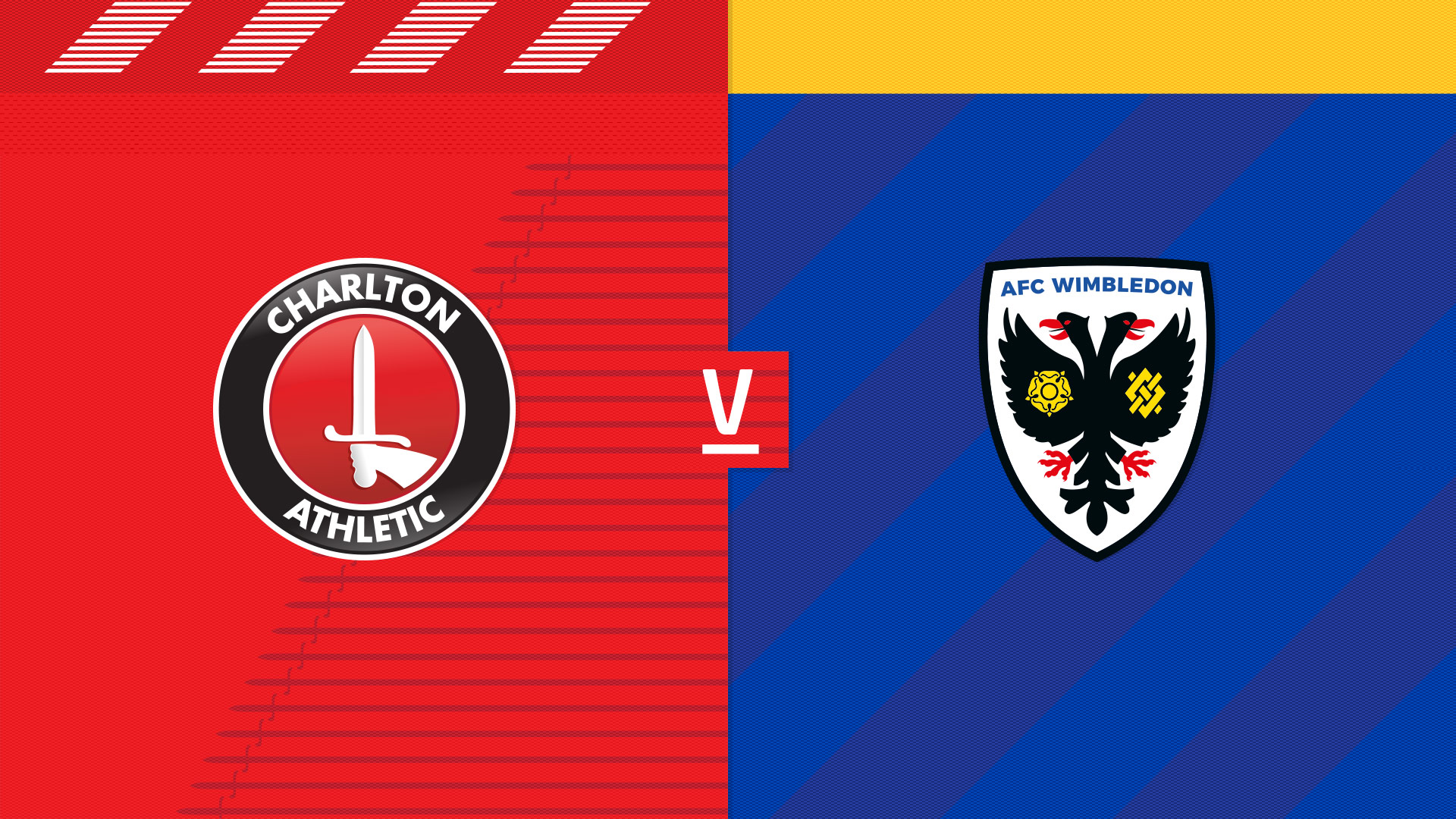 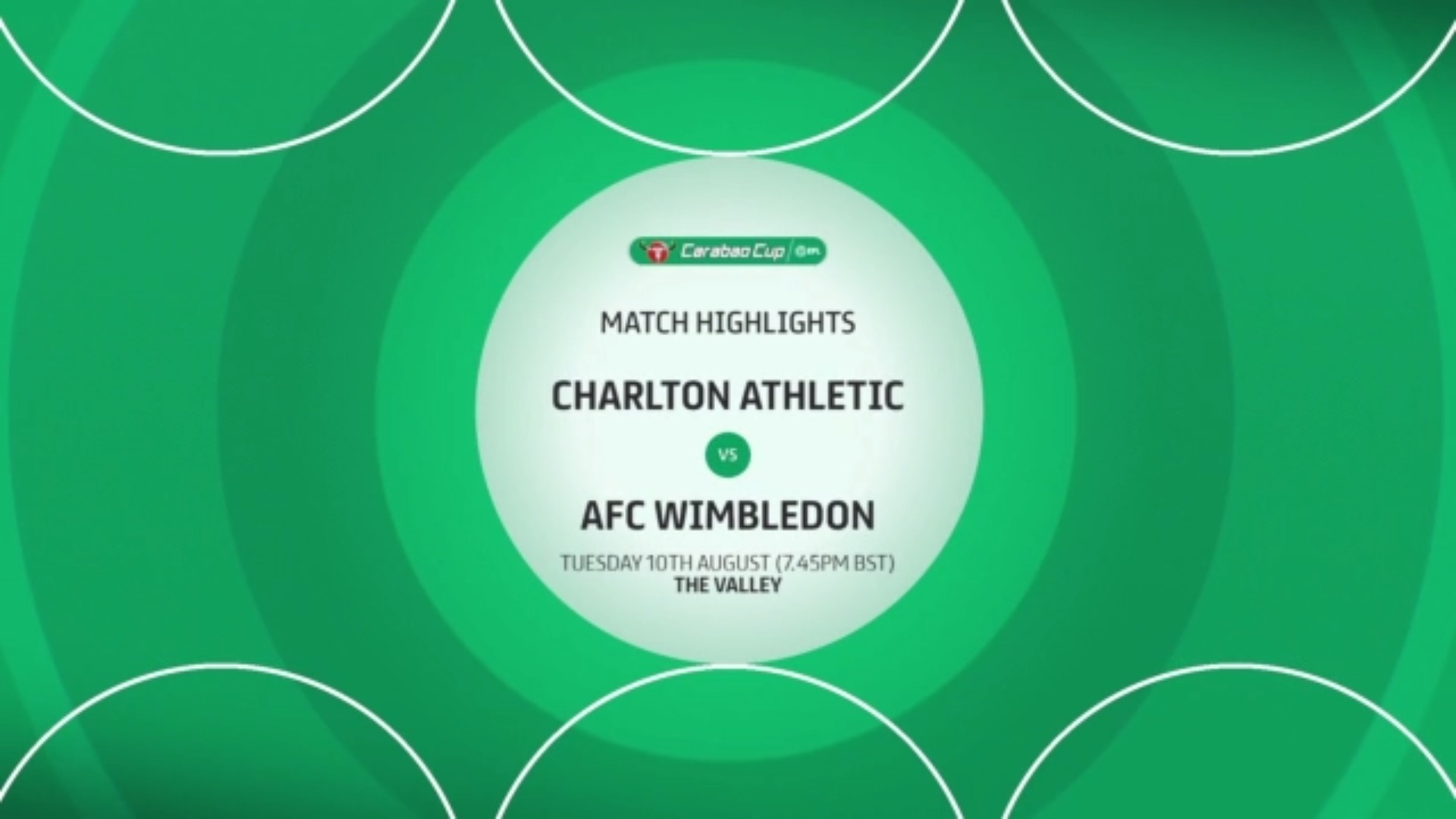 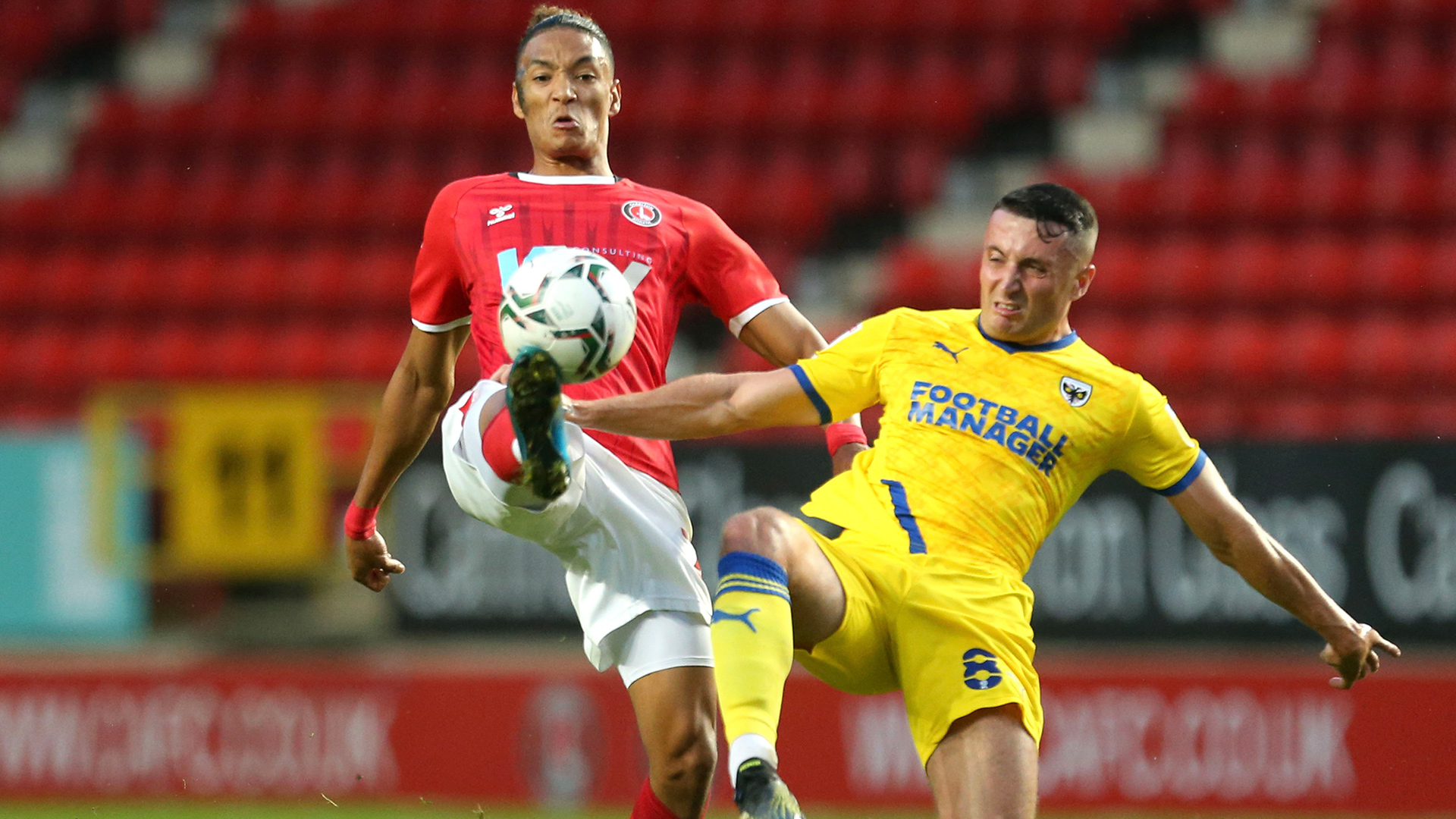