For the second time in a week, a goal in stoppage time proved to be crucial for Wimbledon as the fighting spirit shown by Mark Robinson’s men once again paid dividends.

Substitute Jack Rudoni steered home from close-range in the fifth minute of injury-time to salvage a 2-2 draw that came after Ipswich had taken a 2-0 lead in front of a crowd of 19,056 at Portman Road. Rudoni’s last-gasp intervention sent the 611 travelling Dons into ecstasy as they celebrated wildly at the end of a week that included a late winner at Northampton and being paired with Arsenal in the Carabao Cup.

With late goals and exciting football to watch, it has been an entertaining start to the 2021/22 campaign for everyone connected with the club – and long may it continue!

During a lengthy team talk with his players afterwards Robbo addressed the issues that led to us being 2-0 down early in the second-half, but there’s no doubt that this team has battling qualities in abundance.

Our Head Coach decided to retain just four players from the side that started our midweek Carabao Cup win at Northampton Town with Nik Tzanev, Anthony Hartigan, Aaron Pressley, and Ben Heneghan keeping their places. A key change for Wimbledon was that Ollie Palmer and Pressley were paired together up front with Ayoub Assal recalled as part of an exciting three-pronged attack at Portman Road. The Dons had visited Ipswich just four months ago in a match that ended with a 0-0 draw, and our opponents were aiming to avenge a 3-0 defeat at Plough Lane in April.

Ipswich started well and Scott Fraser struck a decent effort from outside the area that Nik Tzanev did well to hold. The home side’s most threatening moments came when Wes Burns found space down their right side, the wide man getting in dangerous crosses in the first half hour. Pigott had his first effort on goal, but it was blocked by Palmer, who got back on his feet after receiving treatment.

Wimbledon created the best chance so far just after the half hour mark. A great cross by Laurence picked out Pressley in the box, but his first time effort flashed comfortably over the crossbar. It was a warning sign that showed what Wimbledon were capable of producing, the chance coming about thanks to Laurence finding space and producing a lovely delivery. The Dons enjoyed a good spell after the half hour mark, forcing successive corners that included Palmer almost getting on the end of one of them. At this stage, Wimbledon’s attack were threatening to click into gear, without quite hitting the jackpot. Palmer made a superb dashing run through the heart of the home defence, but he was just crowded out and Pressley was just unable to pick up the loose ball.

The home side offered only fleeting spells of threat in the first-half, and their best chance came after a quick break that started with a Dons corner in the 35th minute. A slick move ended with Rekeem Harper overlapping on the left to find space, but his shot was deflected just over the crossbar. Kyle Edwards also had a shot comfortably saved by Tzanev, who had looked assured with the little work that he had to do in the first-half. The Ipswich home support were largely subdued during a first-half that ended 0-0 with Wimbledon also not really doing enough to warrant being in front.

Wimbledon fell behind in the 53rd minute after referee David Rock controversially awarded a penalty. Wes Burns appeared to have ran the ball too far down the right, but he went down after minimal contact from Will Nightingale, and the referee pointed to the spot. Joe Pigott, who had a penalty saved for Wimbledon at this venue back in April, this time kept his cool to strike his first goal for Ipswich. All of a sudden, Portman Road was rocking, and Burns increased the decibel levels just a minute later when he finished clinically after a fine solo run down the right.

The Dons had a mountain to climb now, but the perfect response followed when Anthony Hartigan’s free-kick was flicked on and Heneghan met the ball with a powerful header that left Ipswich keeper Vaclav Hladky with no chance. It was a different game now, and Robbo aimed to build on it by sending on Dapo Mebude for Pressley. Jack Rudoni and Nesta Guinness-Walker were also sent on as Wimbledon pressed for an equaliser. It so nearly came after lovely play on the right by Rudoni, the young midfielder sending over a cross that eventually found Palmer, who cut inside and struck a fine effort that Hladky did well to save.

It appeared that Ipswich were going to hang on, but six minutes of injury-time were signalled, and that provided renewed encouragement for Wimbledon to drive forward. With five minutes of added time played, Anthony Hartigan swung over a corner that Heneghan headed at goal and though Hladky saved it, Rudoni popped up to bundle the ball home. Cue delirium in the away end as Wimbledon snatched a deserved point on the balance of play – and on this evidence we could be in for a very exciting season. 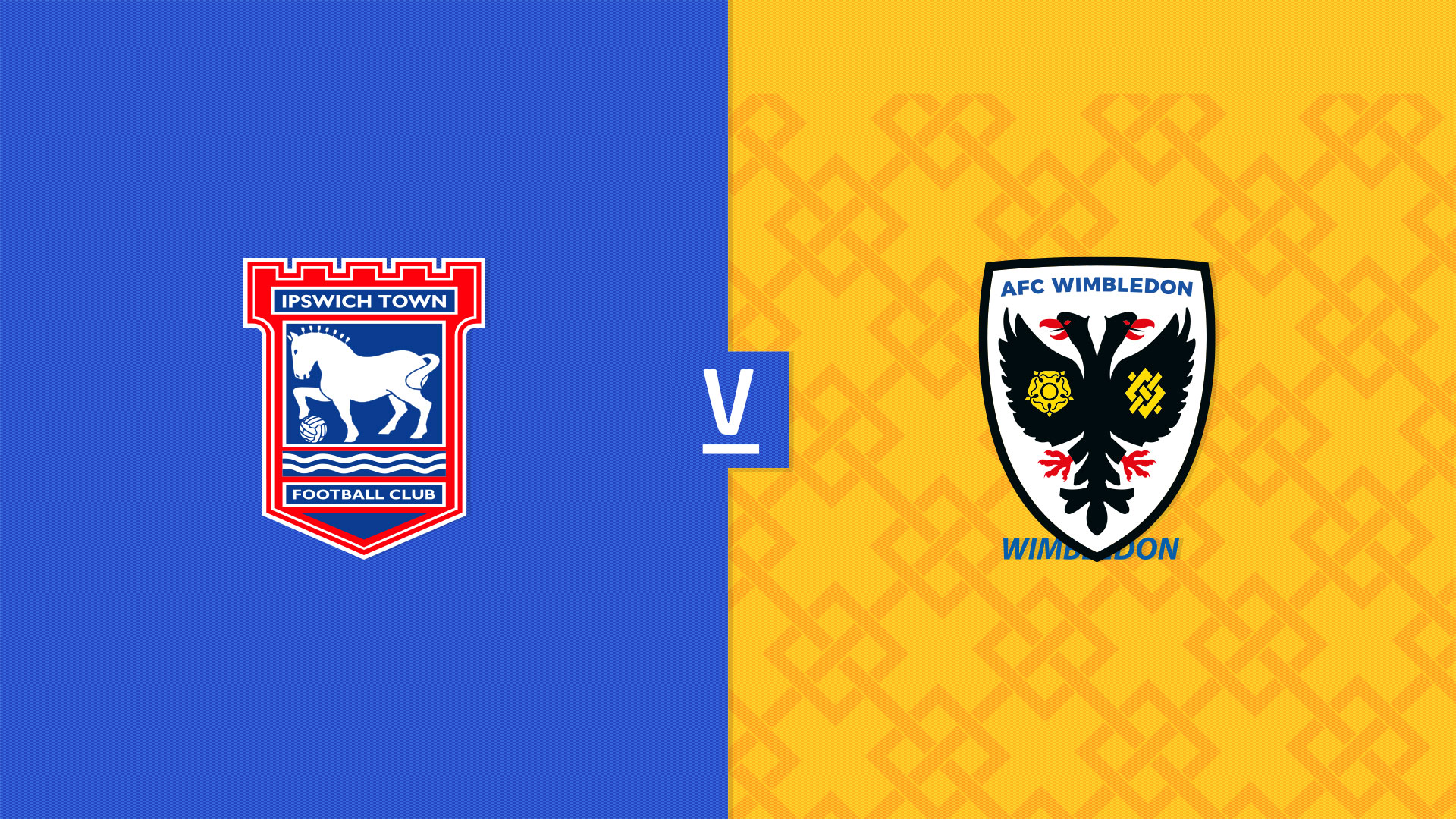 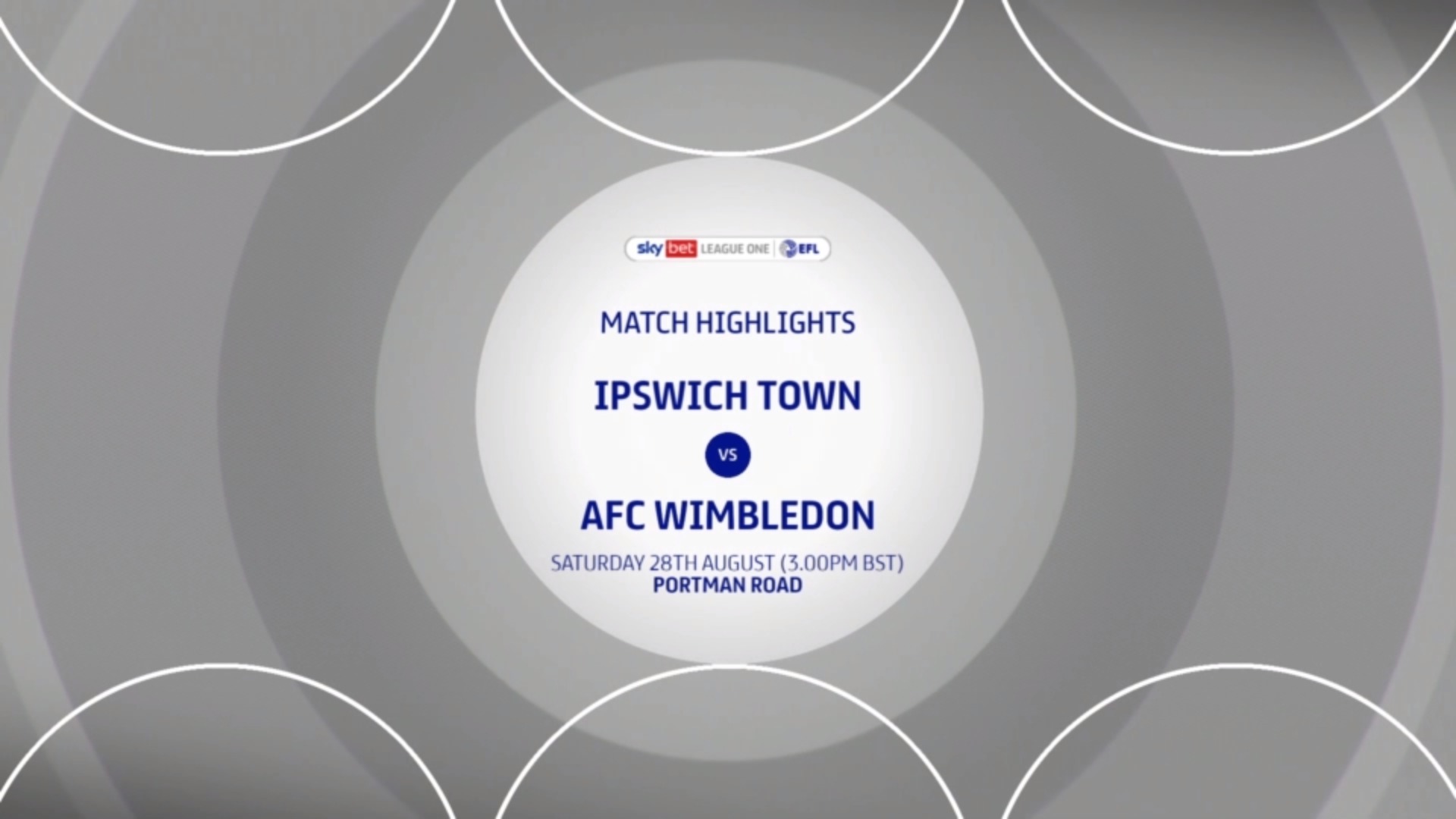 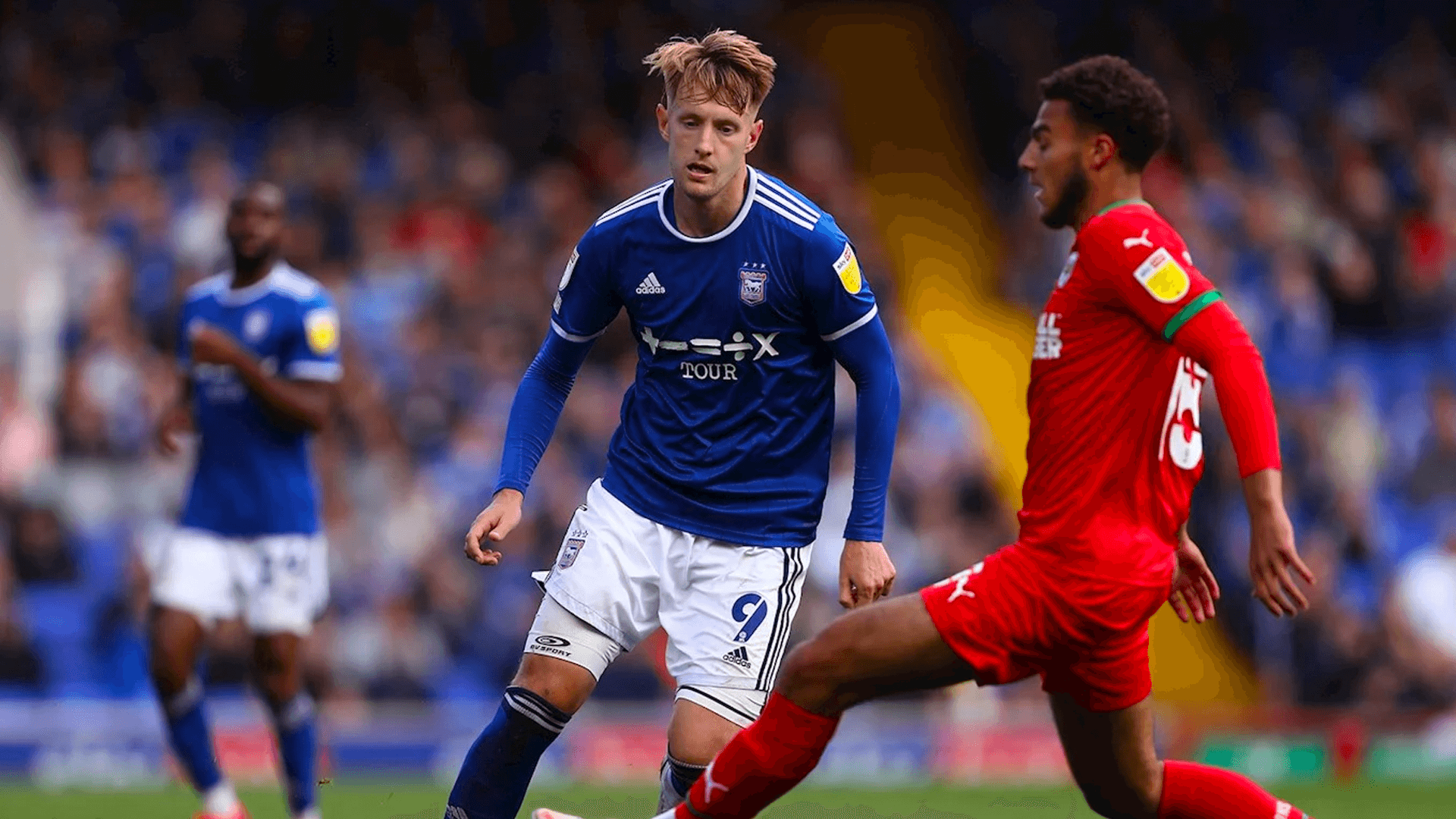