Wimbledon will have a fully fit squad to choose from when they visit the Stadium of Light to face Sunderland in League One on Saturday.

Assistant Head Coach Rob Tuvey praised the work Sports Scientist Chris McConnell and physio Tim Maynard for keeping the Dons “robust and resilient”, having made an unbeaten start to the new season.

“We’re all fit and well again,” said Rob. “It’s credit to the medical and sports science staff as well. The work that they have done to make sure that all the way through pre-season that not only are we robust and resilient, but we look fit as well now. Credit to Chris and Tim.”

Having gone close to claiming all three points against Gilingham at Plough Lane on Tuesday night, the Dons head to the North East coast in a positive frame of mind, as we aim to add to our early season points tally against Lee Johnson’s Sunderland. They're just a couple of places above us in eighth position and a point better off, after three matches.

“I think in the first-half it was a bit of a cagey game on Tuesday,” said Rob. “Probably we edged it if I’m being honest. We dominated possession in the second half, and we showed that we were a real threat going forward. I was really pleased with the performance.

“Obviously, the goal at the end was a bit of a sucker-punch to us, but overall, when we look at the process and where we’re at – we’re really happy with how we played on the night and hopefully we can take that forward in the coming weeks.

“Paul Kalambayi was immense. I think the way that he was commanding against a physical approach was brilliant. He’s a real leader in this squad and I think people won’t see the work that he does off the pitch and he’s a real leader in our changing room and someone who is growing as a leader and a person all the time. He’s been magnificent so far this season.

“Sunderland had made a good start to the season and the other night they had a blip. We know that we’re up against tough opposition and we know the sort of areas that we can hurt them and the areas that they can potentially hurt us as well.

“We’re not going there to look for a point or sit behind the ball. We want to go there and really put our mark on both with and without the ball. We’re excited to go up there, but I think fans will start to see that we want to try and implement our style on every game that we play, and it doesn’t matter where it takes us.”

“I’d like to send my condolences to the family of Jack Lonergan,” said Rob. “He’s certainly in our thoughts and his family are in our thoughts. Anything we can do as a club to help them at this time – I’d like to say please feel free to get in contact with us and we’re really sorry for your loss.”

In a comprehensive interview from the training ground, Rob Tuvey also spoke about –

You can hear the full, in-depth interview with Rob Tuvey, ahead of Saturday afternoon’s game at Sunderland, by clicking on the link below – via our official YouTube channel.

Wimbledon were again on the receiving end of a deflected goal for the second time in less than a week, but even though Nik Tzanev produced some impressive saves in both halves our unbeaten start to the season came to an end.

Carl Winchester’s strike from distance midway through the second half took an unfortunate bounce on the way through to goal that beat the New Zealand international. In truth though, the Dons didn’t produce enough to come away with something from the Stadium of Light.

There were five changes to the Dons starting line-up, with Cheye Alexander, Ben Heneghan, Anthony Hartigan, Luke McCormick and Ollie Palmer coming in, after the midweek draw with Gillingham at Plough Lane.

It was Wimbledon who created the first opportunity, with the ball crossed in for Ethan Chislett who curled a low effort just wide of Sunderland keeper Anthony Patterson and the post. Shortly after, Henry Lawrence got back well to see the ball out of play, denying a Sunderland attack. Three minutes later, Alexander covered another Sunderland move on the other flank.

Sunderland’s Lynden Gooch picked up the first yellow of the afternoon, for a foul on McCormick in the 18th minute. Midway through the first half, the hosts found their feet and managed to get in behind the five-strong Dons back line, with Tzanev making a great one-handed save to deny Gooch in the 25th minute.

Moments later, Sunderland’s Luke O’Nien also went into the referee’s book for the foul on Chislett. The Dons did well to keep their composure at the back and when Sunderland did have another opportunity, with seven minutes before the break, Dan Neil headed high over the bar from a cross.

With half-time approaching, Tzanev got done well to smother the ball close to his goal line and snuff out another chance for Neil from an Elliot Embleton cross. While Sunderland had most of the attacking opportunities, Wimbledon did well to deal with what they had to offer and Tzanev stayed alert at the key moments as both sides went in goalless at the break.

It was Sunderland who were quickest out of the blocks at the start of the second half. Gooch set Ross Stewart away, but again Tzanev pulled off an excellent save for Wimbledon. Aiden McGeady then produced a tantalising ball into the box for two of his teammates, but this time Nightingale was back there to help out. With ten minutes of the second half gone, Tzanev tipped a ball over from distance.

Wimbledon continued to come under pressure, approaching the hour mark, as Alex Pritchard shot wide from distance. On the hour, Mark Robinson switched Jack Rudoni for Chislett. Rudoni was quickly into the game, combining with Ayoub Assal, but Assal was judged to have fouled O’Nien and then received the Dons first yellow of the afternoon.

Tzanev was finally beaten in the 64th minute though when a speculative shot from Carl Winchester from about 25 yards out took a deflection and ended up in the back of the net.  With just over twenty minutes to go, Aaron Pressley replaced Luke McCormick. Sunderland continued to apply the pressure, in search of a second, but despite a few goalmouth scrambles Wimbledon’s defence managed to clear.

Wimbledon stayed positive in their approach and brought on Dapo Mebude for Assal with just under a quarter of an hour remaining, in front of a crowd of 29,093. Ollie Palmer made Patterson dive for the ball, three minutes into time added on, but the Dons came up short and were unable to find an equaliser.

The clock is ticking if you want tickets for Saturday's showdown against Sunderland at the Stadium of Light.

You only have until 2pm THIS AFTERNOON if you want your tickets to arrive in the post. After that, you can collect them at Plough Lane tomorrow and Friday between 10am and 3pm.

No tickets can be physically bought at the Stadium of Light itself, although you will be able to  pick up pre-paid tickets on match-day at the Sunderland ground. 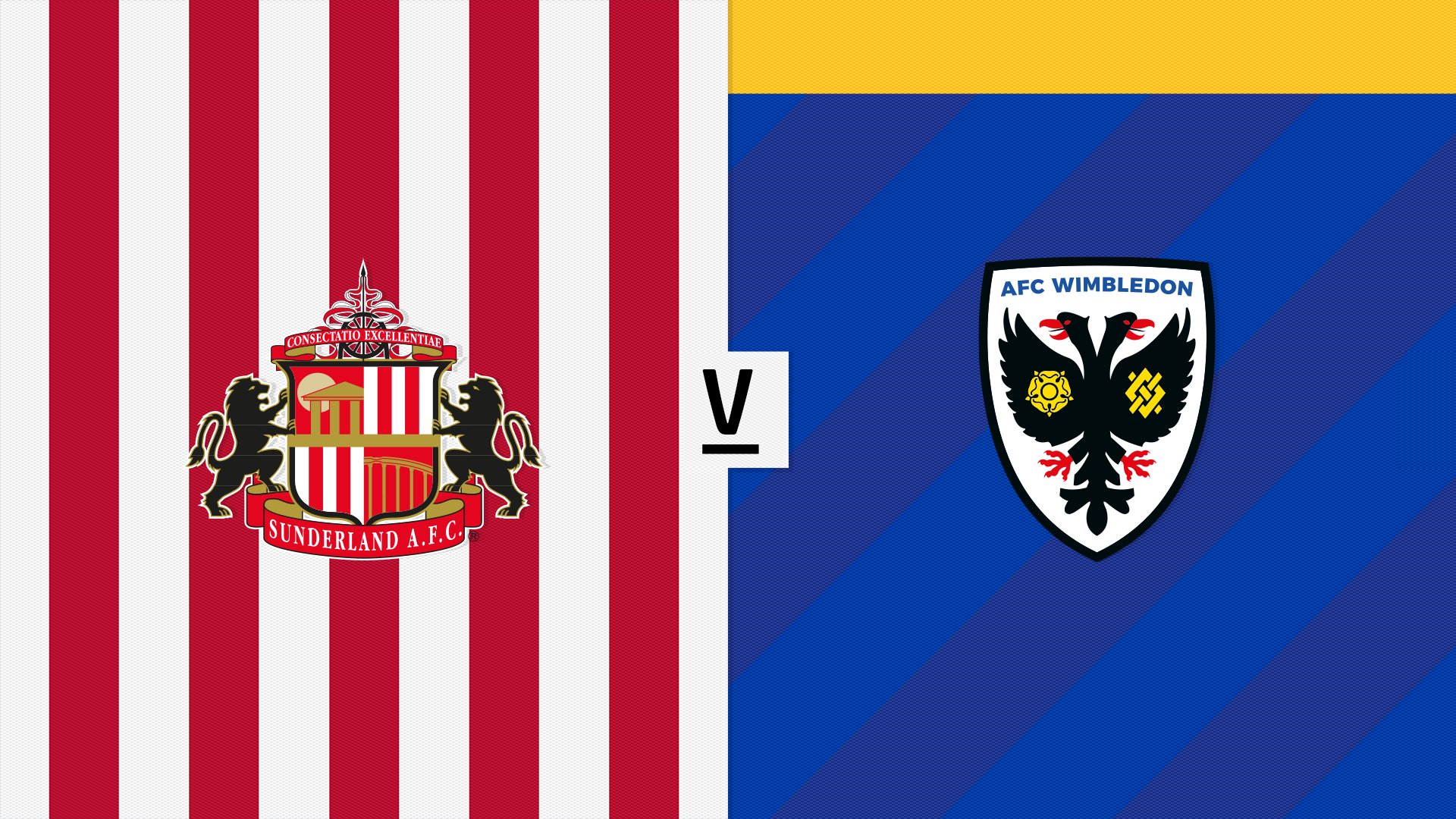 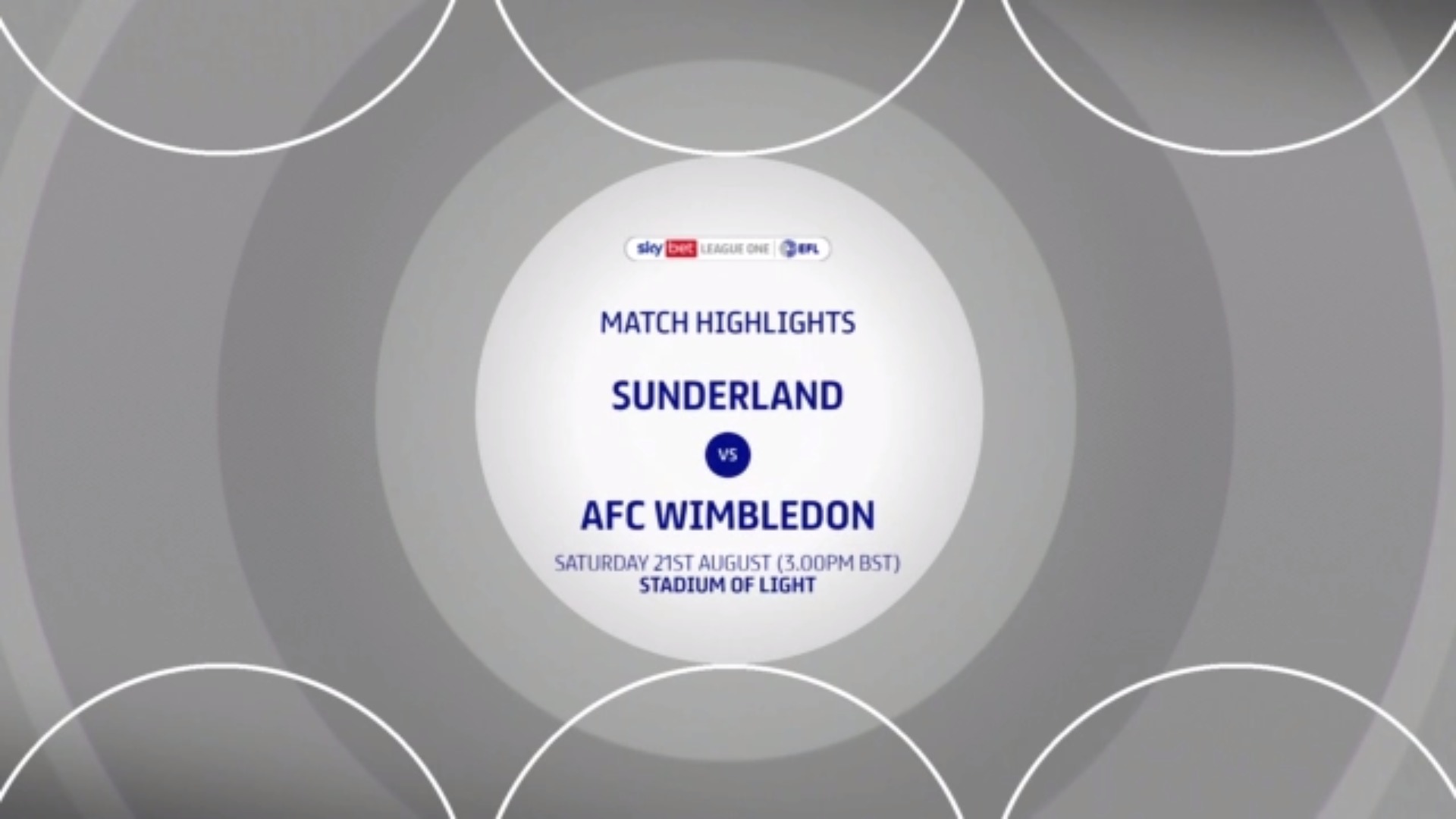 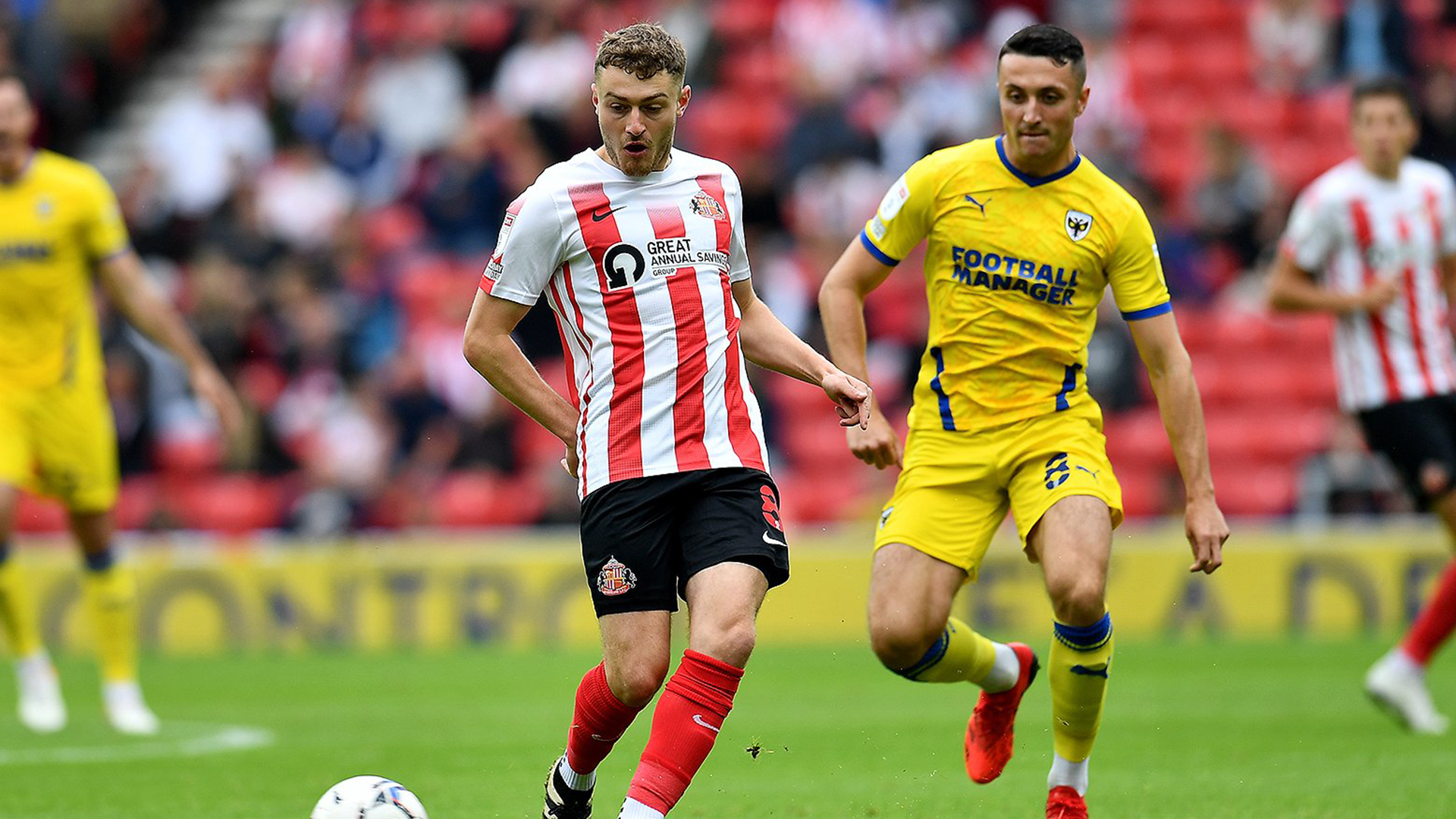