Striker Sam Cosgrove and goalkeeper Nathan Broome both come into the squad for Saturday’s South London derby at The Valley.

The Deadline Day duo weren’t registered in time for Tuesday’s 2-2 draw at home to Shrewsbury Town, but are available for the short trip to Charlton this weekend, along with defender Paul Kalambayi, who makes his return after injury.

“Sam (pictured above with Robbo) has been great since he’s come in,” said Set Piece Coach Andy Parslow. “I’ll be honest, when I heard we were in the market for a striker I asked, 'please can we have someone who is 6ft 3!' In the end, we got someone who is 6ft 5 inches, so that’s handy!

“I had a meeting with him earlier, going through what we do from set-pieces, for and against, and where I see him fitting into that. We also talked about what we'll look to get from him in an attacking perspective and how he can help us defensively as well. It’ll be good to get him involved on Saturday.

“He’ll be in contention as he trained really well today. We split the group, in terms of recovery and training. The finishers and those that didn’t play on Tuesday night had a full session. The starters and those that have played a lot of football recently had more of a recovery day, so we can make sure that we’re fresh for Saturday.

“PK is back in training and in contention for Saturday. He’s looking good, he’s looking sharp. His personality around the place is so important for all the players. He’s a real energiser and he holds players to account. He maintains standards and it’s been great to have him around again.”

We won at The Valley back in August in the Carabao Cup, on route to our best run in the competition since our return to the Football League. Paul Osew finished off a superb team effort by The Dons, the solitary goal of the tie. Since then, Johnnie Jackson has taken charge of Charlton, with our former striker Jason Euell as his assistant. Jason, who played for Wimbledon FC and AFC Wimbledon, attended our game in midweek.

Mark Robinson celebrated his first year in charge of Wimbledon earlier this week, and it also marked 12 months since Andy became a member of Robbo’s staff. A key achievement since then has been turning us into one of the top sides in all four divisions for scoring goals from set-pieces. Conceding at the other end from set pieces has also been kept to a minimum.

“It’s been really good,” said Andy. “It’s been a fantastic experience so far. I feel as though we’ve progressed as a collective and we’re continuing to do so. We’ve been learning as we go and trying to make incremental and gradual improvements. It’s something we’ll look to try and continue to do.”

Get further insight from our Set Piece Coach Andy Parslow below in an extensive interview via our official YouTube channel.

AFC Wimbledon came up short on another frustrating afternoon at the Valley as Charlton Athletic emerged as the 3-2 victors.

It had all started so well for the men in yellow and blue as Ethan Chislett fired home within the first five minutes to give the Dons a dream start and the travelling Wimbledon contingent something to shout about.

However, our defensive frailties were exposed again as the Addicks took advantage to fire home two somewhat avoidable goals to take the lead for the first time, before Ben Heneghan guided home an excellent diving header to restore parity.

Alas it wasn’t to be enough for our plucky young side as a bright start to the second half was quickly extinguished by Charlton’s third goal of the afternoon, Akin Famewo heading what turned out to be the winner.

The Dons threw everything they had at their near neighbours, but it wasn’t to be enough as Robbo’s boys ultimately paid the price for some slack defending at key stages of the game.

Mark Robinson rang the changes for this South London derby with Sam Cosgrove - coming in for his first start after joining on loan from Birmingham City – Chislett and Paul Osew replacing Terry Ablade, Luke McCormick and Cheye Alexander. Meanwhile, former Don George Dobson was in the opposing XI.

A raucous away following of over 1,233 from SW19 packed out the Jimmy Seed Stand behind Nik Tzanev’s goal, our travelling fans urging on the players from the off. And it appeared to have the desired effect as the Dons hit the front barely three minutes into the contest.

A hoisted free kick was headed up into the air by Will Nightingale, and it appeared to be an easy claim for Charlton goalkeeper Craig MacGillivray. However, to everyone’s surprise the shot-stopper collided with his own defender, thus giving Chislett the easy task of firing home into an unguarded net, which sent the travelling Wombles mad with delight.

However, the wind was very quickly knocked out of the Wimbledon sails as Charlton equalised from a set piece of their own. A corner was flicked on before the ball appeared to rebound in from close range off a trailing Dons’ leg, leaving Tzanev with no chance from such a short distance.

It buoyed the hosts on and things were about to get worse for the Dons as Charlton took the lead for the first time. A threaded through ball sent Conor Washington clear on goal, and the Northern Irishman fired home with the minimum of fuss.

Wimbledon desperately needed to regain their composure against a side who boasted one of the best home records in League One heading into this clash. The response was exactly what was required with Anthony Hartigan’s inch-perfect free kick delivery picking out Heneghan, who steamed in with a diving header into the far corner.

Our most recent games against the Addicks had certainly been entertaining to say the least and this match-up was turning into a real classic as the two sides headed in at half- time.

The travelling Dons were certainly making themselves heard during the opening quarter of the second period and there was a sense that the momentum was building again for Wimbledon as George Marsh arrowed a shot just wide. Yet again, we were knocked down a peg as Famewo was allowed the space in the six-yard box to find the back of the net with a close range header - Wimbledon again undone by a set piece.

In response, Cosgrove was withdrawn after an encouraging display, Aaron Cosgrave entering the play as he looked to repeat his heroics from Tuesday night. Chances were few and far between in the closing stages for the Dons as the match ticked into injury time, Nightingale coming closest with a close-range effort that was beaten wide by MacGillivray.

In the end it was the hosts who claimed all three points, their clinical finishing ultimately proving to be the decisive factor in the game. As for the Dons, it is a case of regrouping and going again, another tough home game against promotion chasing Rotherham United on the horizon.

The Dons will this weekend be aiming for a second win at the Valley this season - and tickets are available for you to cheer on Robbo's boys.

Wimbledon are back at the venue where we triumphed 1-0 in the Carabao Cup earlier this season, thanks to a goal by Paul Osew, and a similar outcome on Saturday will push us further away from the bottom four.

We've had fantastic support at the Valley over the years and more of the same can lift the Dons to victory!

Order in advance now from our online ticket shop .

Fans who ordered tickets after 12 noon on Monday can collect them from our stadium reception until midday on Friday. If not collected by that time your tickets will be sent to Charlton for you to pick-up pre-match on Saturday.

You can also pay on the day (card only). Please note that there's a £3 increase in price for adult tickets, plus for over 65s, under-21s and students. 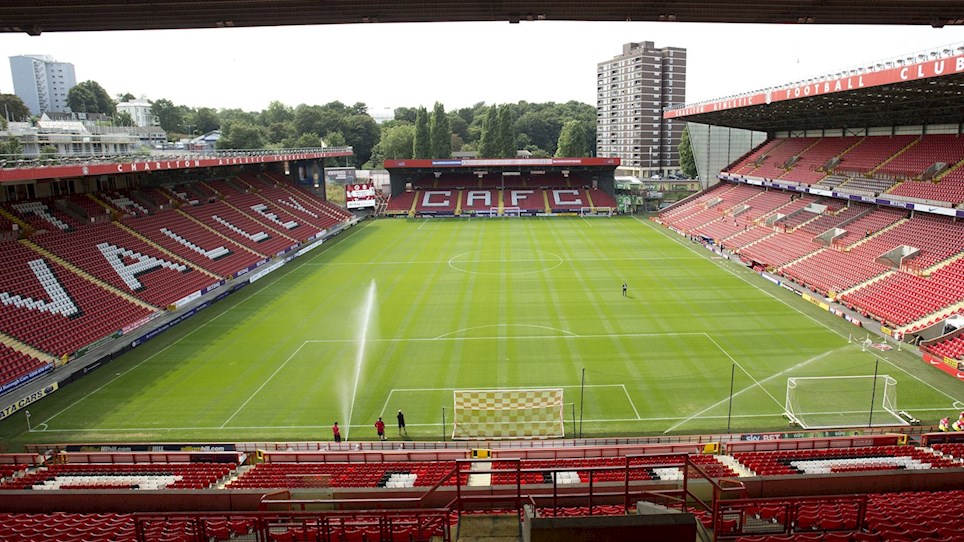 Tickets for our away match at Charlton


Wimbledon return to the Valley on Saturday and tickets are available to purchase in advance from our online shop. 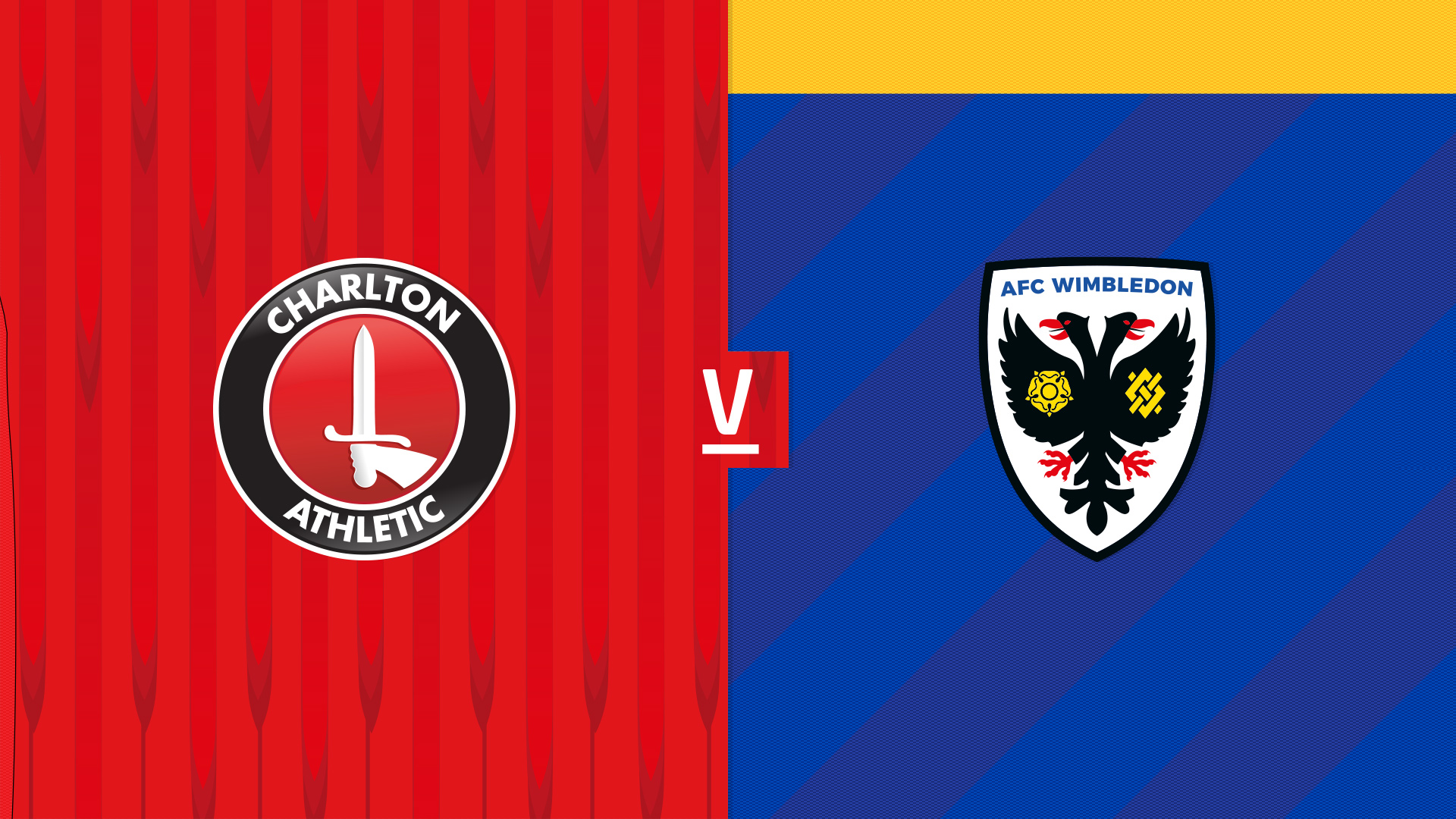 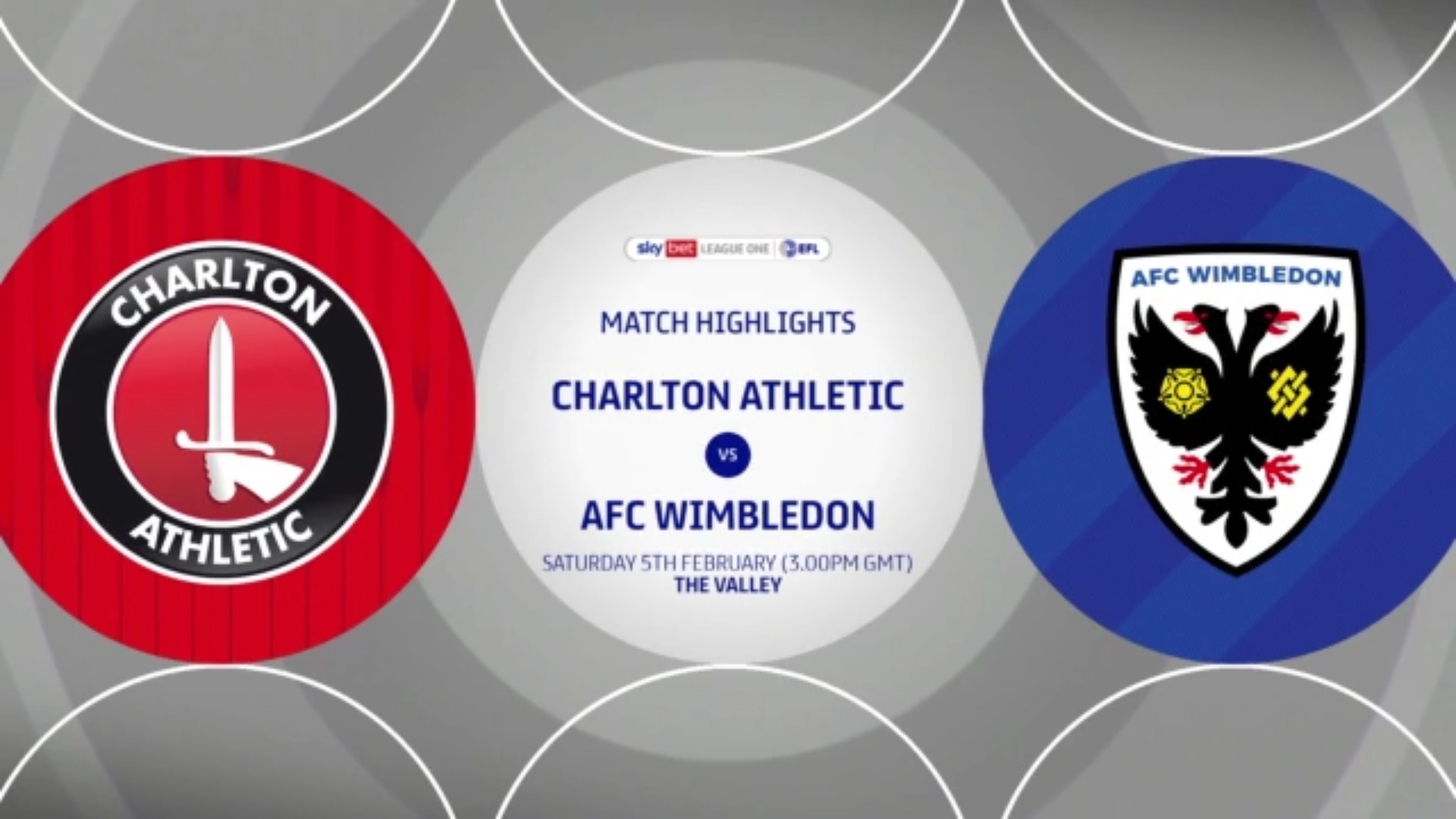 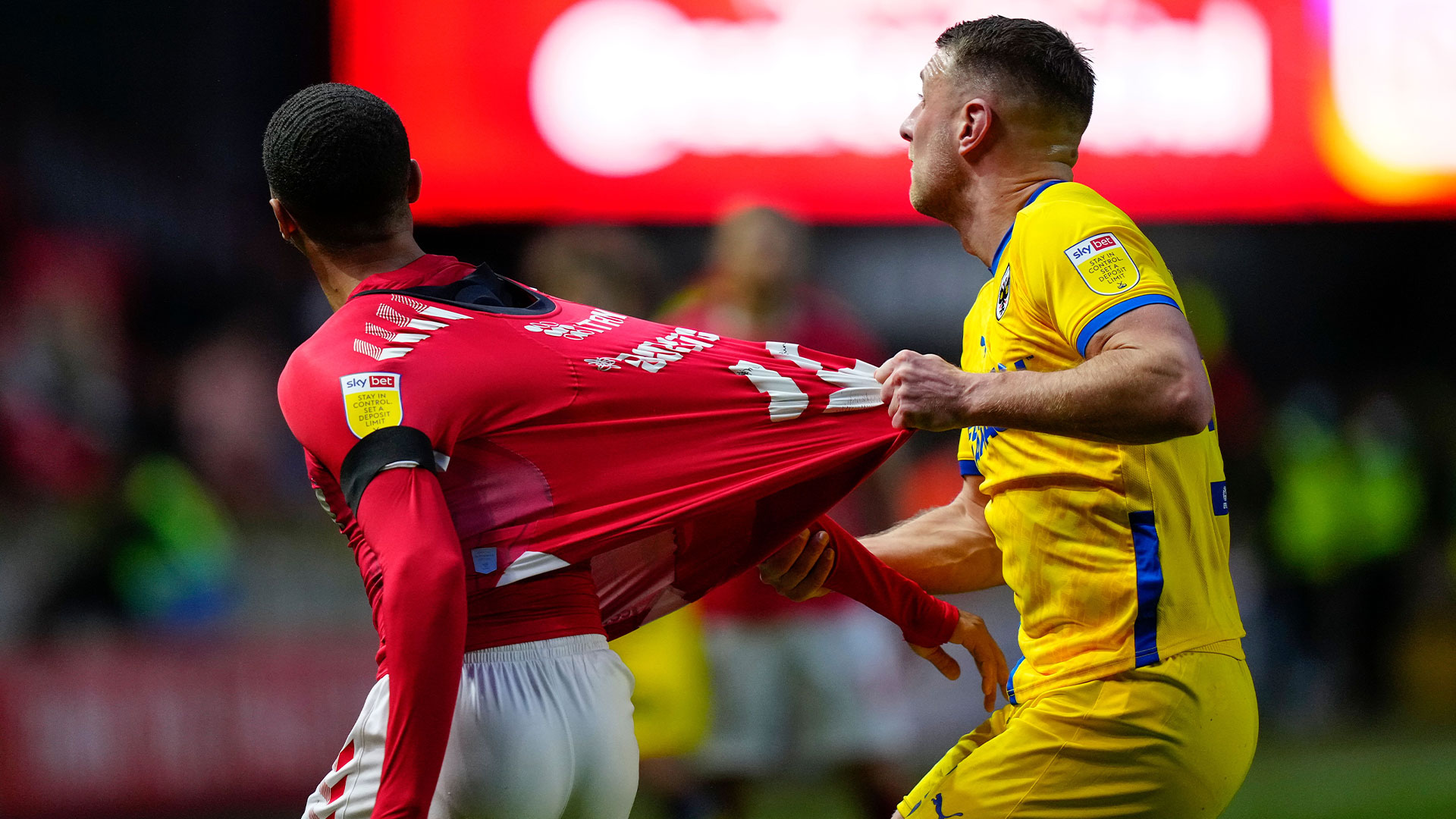