George Marsh, Luke McCormick and Aaron Pressley are all in our squad for tonight’s trip to Gillingham, with a further trio of players set to return on Saturday.

Marsh (foot) and Pressley (hamstring) have both recovered from injuries to play a part in the League One meeting at Priestfield, with McCormick having served a one-game ban which ruled him out of the weekend’s match at Bolton Wanderers.

“Aaron trained really well,” said Head Coach Mark Robinson after Monday’s session. “It’s good to have him back and he’ll be available for the bench. He’s only built up 45-50 minutes with Brentford, but he will be available which is really good news.

“George didn’t do all of the session just in case he took another knock. He’s going to be fine, but we didn’t want to risk him taking another whack on something that’s already sore after Saturday.

“Luke will be back from suspension and I expect him to have a big influence. We’ve got to wait until Saturday for Ayoub (Assal). Not a lot has changed but on Saturday we’ll have lots of players back, so it’s about regrouping and how we get the win tonight.”

Along with Assal’s availability after a two-game suspension, Robbo hopes to have midfielders Alex Woodyard and Jack Rudoni to count on too for the weekend visit of Doncaster Rovers.

“We felt that tonight will be a little too early for Rudi,” said Robbo. “We can’t risk him coming back and then breaking down long term. He should be good for Saturday.

“Again, Woody is desperate to come back. Again, I have to listen to our medical team, because they also have an eye on the long term. Gillingham will come too soon, but I expect him to be fully back in contention for Doncaster.

“He’s working really, really hard and we just feel that he needs another day. He’ll be in on Wednesday and building himself back up for Saturday.”

Robbo isn’t looking to make radical changes to the way we play, but he is working on the support we give in our link-up play to new striker Sam Cosgrove.

“When you’re creating and want to build something for the future, you have to stick with it – but that’s not stick with something blindly," said Robbo. "It’s about finding ways to make sure how our style of play is more effective.

“We’ve got to make Sam as effective as possible. It didn’t happen on Saturday, but against Sunderland he had a good game. We need to get more support to him in different ways. That’s not just getting people closer to him, that’s getting better quality into him so that he can do what he does, especially in and around the penalty area.

You can see the full interview with our Head Coach Mark Robinson via the video link below, to our official YouTube channel.

AFC Wimbledon were held to a point by a stubborn Gillingham at Priestfield as both sides came away from the game with a result that neither wanted.

The boys from SW19 came into this game still smarting from the events that occurred up at Bolton on Saturday, and a performance more typical of what we had seen earlier in the season was needed.

Mark Robinson had called upon his charges to put in a showing that was worthy of the badge, and it was a task that they certainly attempted to adhere to.

Chances were few and far between in the end with Terry Ablade coming closest for the Dons with a spectacular overhead kick, but there will certainly be some sources of annoyance for the coaching staff as we struggled to get our rhythm going when in possession.

Nevertheless, it was a point on the road and a welcome clean sheet that gives us something to build on as we return home this coming weekend.

Robbo rang the changes once again for this fixture, with the likes of Aaron Cosgrave, Will Nightingale, Cheye Alexander and Luke McCormick all coming into the starting eleven. This meant that Tomas, Paul Kalambayi, Lee Brown and Nesta Guinness-Walker all dropped out of the side to accommodate the switch back to a 4-2-3-1 formation.

Meanwhile, Aaron Pressley returned to the squad for the first time since December, whilst former Wimbledon academy graduate Ryan Jackson was in the opposing line up.

The travelling Dons packed into the far corner of the Brian Moore Stand in expectant mood as our young side sought to bounce back from the mistakes that were made some four days earlier in Lancashire.

It was an understandably tense start to the game between two sides that were looking to get back to winning ways and it was the hosts who were the first to threaten as Nik Tzanev was forced into action after an initial Gillingham corner wasn’t fully cleared – the Kiwi deflecting the ball away well from close range.

The half an hour which followed the first quarter of the game can only be described as scrappy, passes going astray and promising openings largely resulting in very little as the two sides trooped in at half-time.

More oomph was needed in the second half if the Dons were to return home with three points and it became immediately clear that the game was going to become more stretched as the half progressed.

However, the disjointedness continued for both sides, adding more and more frustration into the mix both on and off the pitch with it appearing that only one goal would decide the contest as time ticked on.

Suddenly the Dons perked into life as we entered the final 10 minutes, in particular when Nightingale headed the ball into the path of Ablade, whose near-perfect bicycle kick rattled the Gillingham crossbar with Aaron Chapman beaten.

After a few hairy moments in the closing stages Wimbledon eventually came away with a point after a match that was largely lacking in entertainment value.

Robbo’s boys will now be looking to turn one point into three next time out as we return to the Cherry Red Records Stadium to take on Doncaster Rovers.

Our supporters have stepped up to the mark once again for tonight's big match at Gillingham with 575 tickets having been sold.

With so many Dons heading for Kent, we recommend arriving as early as possible to pick-up your tickets.

Our supporters can collect tickets from 6.45 pm at the away turnstiles (located at the end of Priestfield Road).

Get in early and roar Robbo's boys onto victory!

Dons fans will be located in the Brian Moore Stand, which is uncovered, so bring your wet weather clothes just in case!

As announced previously, no tickets will be available to buy on the night. 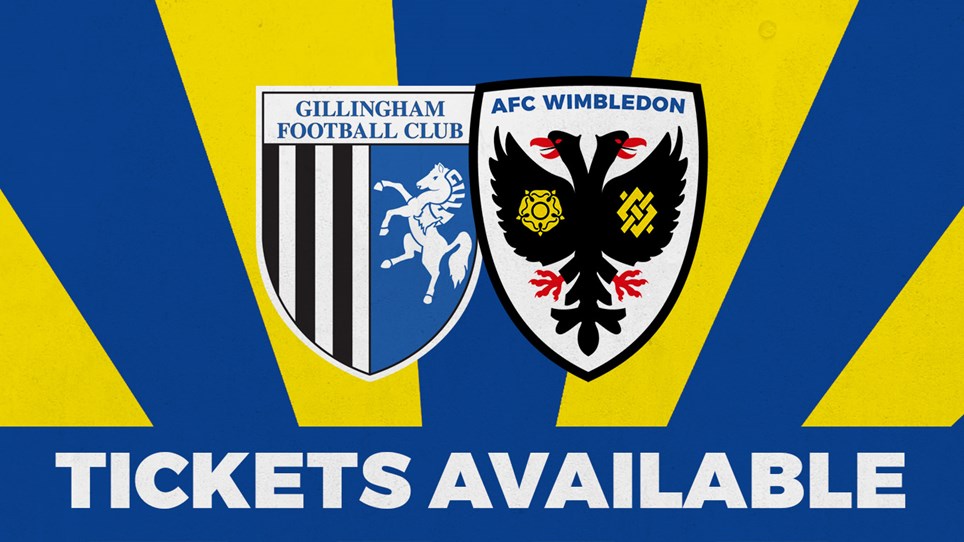 Final call to get your ticket for Gillingham


The Dons head to Kent for an important League One match on Tuesday night (7.45 pm kick-off) and we wish to remind our fans that tickets will not be available on the day.

Tickets must be purchased in advance for Gills away


AFC Wimbledon's next midweek match is at Gillingham on Tuesday 22 February and tickets are now available to buy for this game. 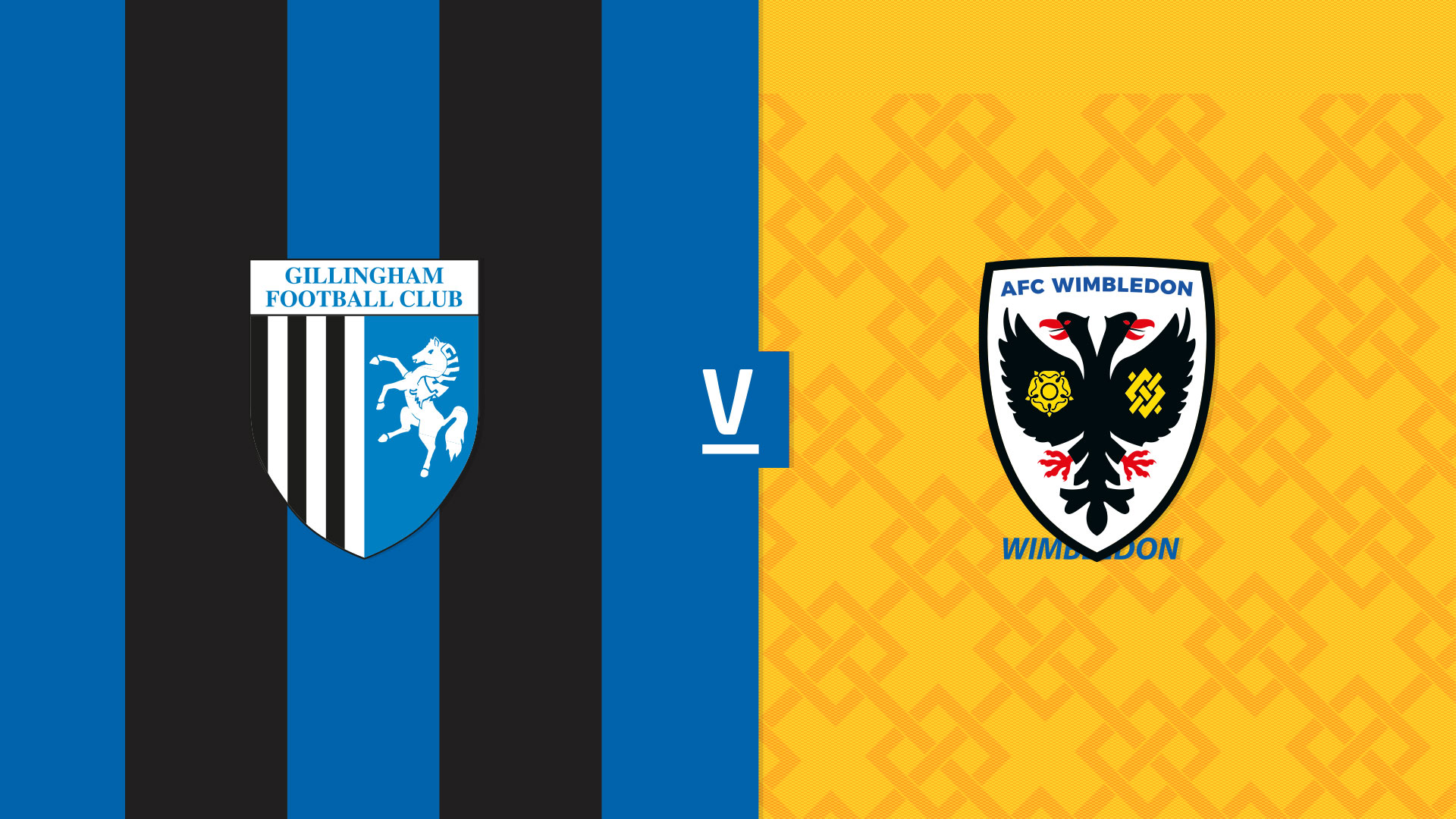 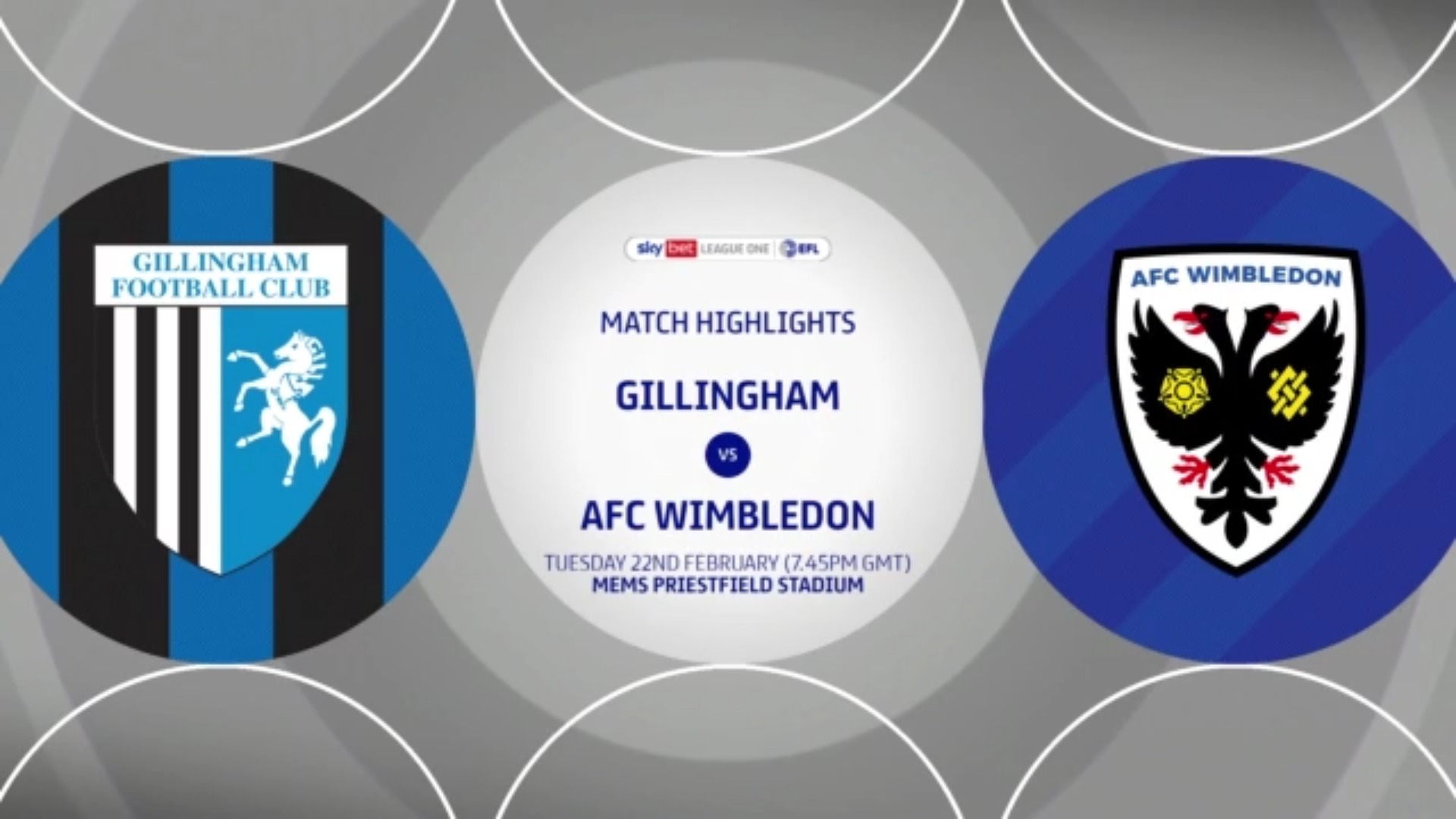 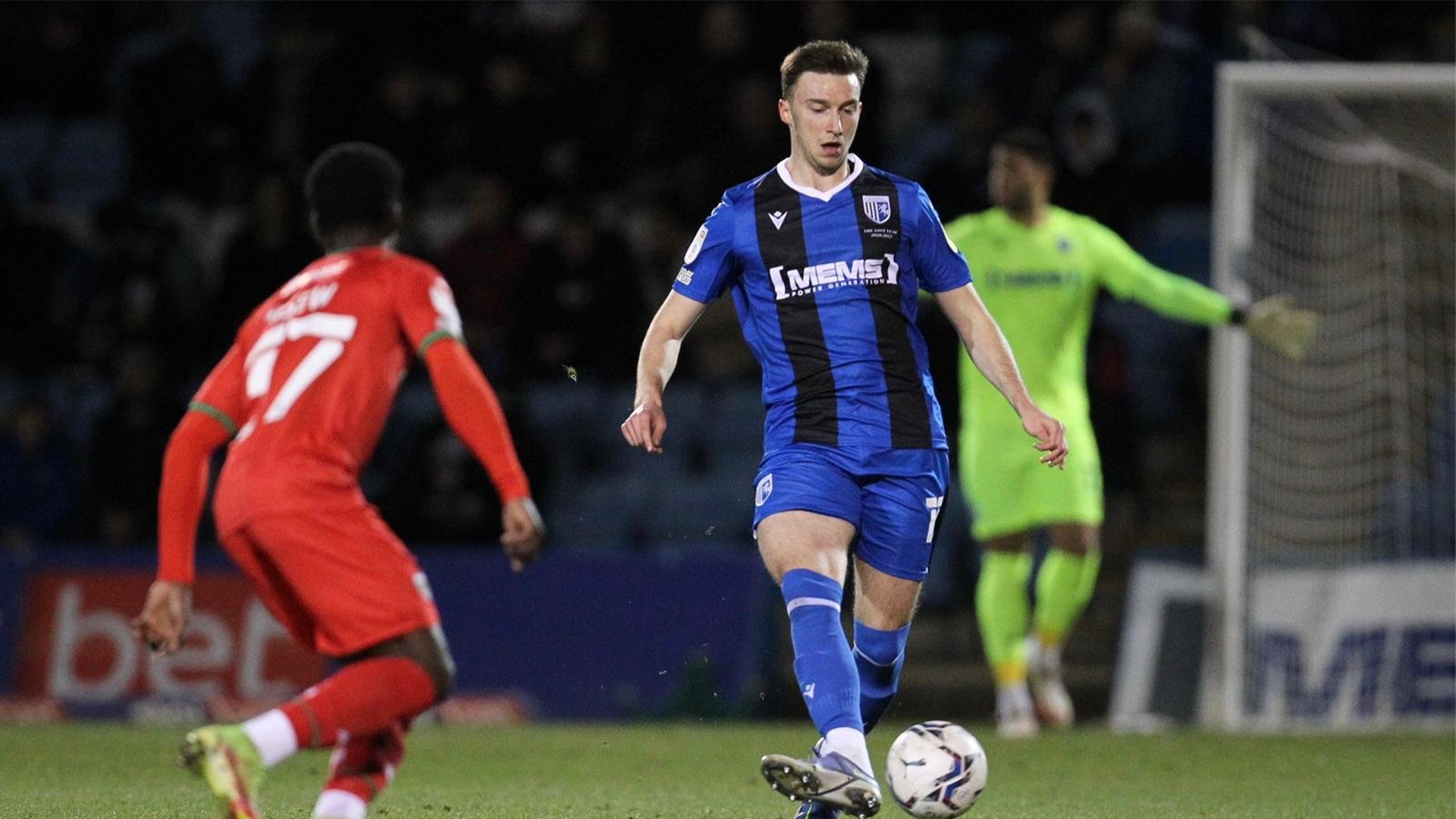