There's a welcome boost for the Dons tonight with Anthony Hartigan poised to return.

Ahead of the visit of in-form Ipswich Town, Mark Robinson is backing our young players to shine under the lights.

“In these times, you really need the fans in the face of adversity,” said Robbo. “They’ve been fantastic, and we’ll really need them. The boys will already be really up for it, but it’ll be great to have the fans behind us because that's what we’re all about. It’s a little bit up against the odds and the boys will be champing at the bit to put in a performance.”

Hartigan’s return from stomach pains a fortnight ago comes as welcome news. Defender Henry Lawrence, midfield partner Alex Woodyard, and striker Aaron Pressley are all ruled out due to hamstring injuries. With top scorer Ollie Palmer having also departed for Wrexham, it will need others to step up for the challenge.

“Ant is back in the squad,” said Robbo after Monday’s training session. “Because he hasn’t trained a lot, we’re not sure how he’ll react because he hasn’t done anything in a while. He was in hospital and had tests, but everything seems to have come back negative. It might be too soon for him to start, but we’ll have to see.

“George Marsh has been fantastic. With Ant going out and George having come in, he took his opportunity, so there’s always positives. Losing Woody certainly isn’t that, but we need to work hard so that our form doesn’t dip.

“Dan Csoka was excellent for us when he came in and if I don’t go with Will (Nightingale), then he will be back in there. He’s another young and exciting prospect for us. Whatever the case, we will be ready and raring to go.

“Paul Kalambayi is not too far away. We’re waiting to hear back fully regarding Henry Lawrence, but we think we’re looking at the six-week mark. It’s disappointing again with Henry, because he was a real asset to us, but you just have to deal with these things."

Tonight’s game could mark the return of our Player of the Year from last season Joe Pigott, who is now with visitors Ipswich. He scored from the penalty spot in the 2-2 draw between the two sides at Portman Road earlier this season.

“Joe hasn’t been starting,” said Robbo. “We’d love to think he’ll get a great reception and we look forward to seeing him. They’ve got threats, I think they’ve got six or seven forwards to choose from. They play with a real fluidity, so we need to get lots of things right to nullify them and at the same time concentrate on what we’re good at and get our free-flowing, exciting football back as well.”

You can listen to the full preview of Tuesday night’s game with Head Coach Mark Robinson below, via the link to our official YouTube channel.

A youthful Wimbledon side fell to a harsh 2-0 defeat with two breakaway Ipswich goals proving the difference between the two sides.

The discipline and structured foundations of another strong performance were on show for all to see from Robbo’s boys as they fought until the end against one of League One’s highest spenders in difficult circumstances, key men Alex Woodyard and Will Nightingale both sidelined.

It was a gutsy display and many amongst the 8117 crowd will have come away from the game feeling that they had seen a side which is brimming with undoubted potential despite the defeat.

Robbo’s call to arms via social media had certainly rung true on Tuesday night as the Wimbledon faithful packed themselves into the blue and yellow coated stands, with ‘the Dons have got super Robbo’ ringing out throughout the game.

In the end though it was a double from Wes Burns that downed the valiant Dons on a night in which they showed the Wimbledon spirit that our club is built on.

Robbo rang the changes for this clash under the floodlights with the likes of Aaron Cosgrave, Ethan Chislett, Nesta Guinness-Walker, Dan Csoka and Ayoub Assal coming into the starting line up in place of - the now departed - Ollie Palmer, Woodyard, Cheye Alexander, Nightingale and Dapo Mebude.

There was a familiar face on the Ipswich bench as Joe Pigott made his first return to the Cherry Red Records Stadium since departing the Dons last summer after scoring 54 goals in 157 games.

On the field our young side started strongly and were quickly out of the traps, pressing high and snapping away at our opponents’ heels at every given opportunity – making life as uncomfortable as possible for the possession hungry visitors.

Maintaining a solid and compact shape against the play-off chasing Tractor Boys was a must if any sort of result was to be achieved. The Dons certainly made it difficult for their opponents to pick the lock as two walls of blue held firm when the ball was lost, with Cosgrave running his socks off as the lone striker.

It made for a tight and tense opening 45 minutes with Ipswich being kept at bay by the disciplined Dons, who showed in flickers that they had the pace and drive to trouble what was an experienced back three.

Being relentless is part of this team’s DNA, it’s written on one of the boards at the training ground and it is a term that is spoken about consistently. Therefore, the mission moving into the second half was clear – stick to your principles and the results will come.

Luke McCormick is certainly someone who embodies those principles and he was quick to attempt to force the issue as he drove forward, bypassing opposing players at will before being hacked to the floor. It was a sign of things to come as the crowd began to get geed-up again after half-time.

The deadlock was close to being broken some 52 minutes into the contest with Ben Heneghan being the unlikely recipient of a well delivered corner – the centre back’s effort kissing the inside of the post before being sliced away by the Ipswich backline.

However, if Wimbledon’s luck was out, Ipswich’s certainly wasn’t, and it was the visitors who broke the deadlock with a quick counter-attack that was finished off well by the onrushing Burns after he was played into space on the right-hand side.

Tough to take for the young Dons maybe, but they were quickly brought back from the setback by the fans in the South London Movers End who immediately broke back into song to urge the boys on.

Substitute Terry Ablade was next to be denied for the home side, charging in after a ball had been elegantly chipped over the top, but he was quickly met by the imposing Christian Walton who blocked well.

A lovely Cruyff turn from Paul Osew was the type of flair that was needed, and the atmosphere was beginning to build again at the Cherry Red Records Stadium as the Dons pushed hard for an equaliser.

Then came the hammer blow that Ipswich had threatened at stages in the second period as another quick breakaway down the right-hand side led to another strike from Burns, who fired home emphatically after being slipped in.

It was harsh on the Dons, and it came at a time when the momentum appeared to be building. Ipswich’s Kane Vincent-Young saw himself receive a second booking in stoppage time, but it mattered little as the visitors walked away with a fortunate 2-0 win.

For Wimbledon, it was back to the drawing board after another promising home performance that ultimately saw our side come up short when on another night their efforts would have been rewarded with a return of points.

Cheer on the Dons for another big game under the lights on Tuesday.

Robbo's boys will be aiming for a first victory in 2022 tomorrow night (7.45 pm kick-off) against an Ipswich Town side eyeing up a play-off charge.

You can book your ticket by visiting our online ticket page .

Joe Pigott is likely to make his first return since leaving us in the summer, our former striker having played a crucial part in maintaining our League One status.

There's been a cracking atmosphere for our midweek games at the Cherry Red Records Stadium this season - and we're expecting it to be exactly the same on Tuesday night.

Show us more of that famous Dons support and cheer on the boys to victory! 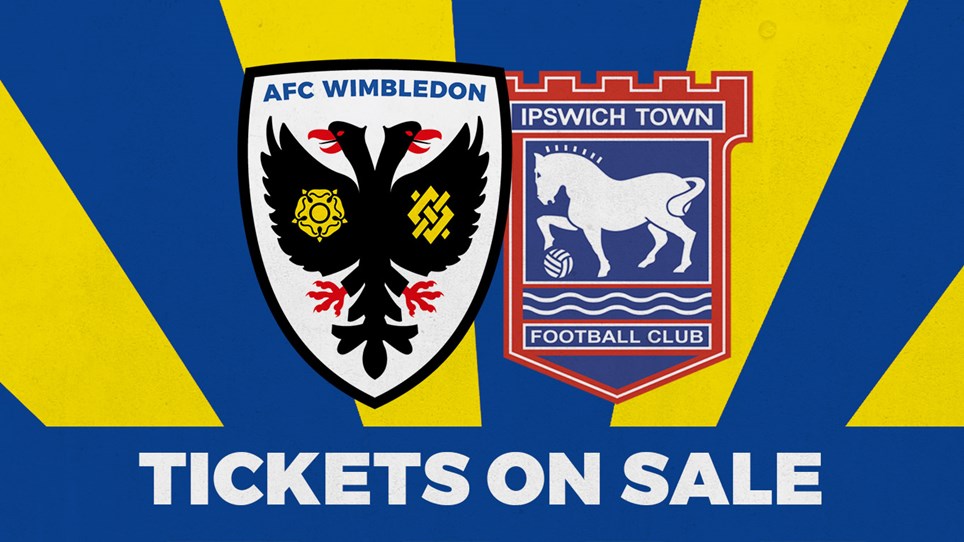 
Tickets are still remaining for Wimbledon's next game on home turf - a big Tuesday night match versus Ipswich Town.

The Dons versus Ipswich under the lights


There's something special about a big game under the lights back home and tickets are available for you to sample the atmosphere on 25 January. 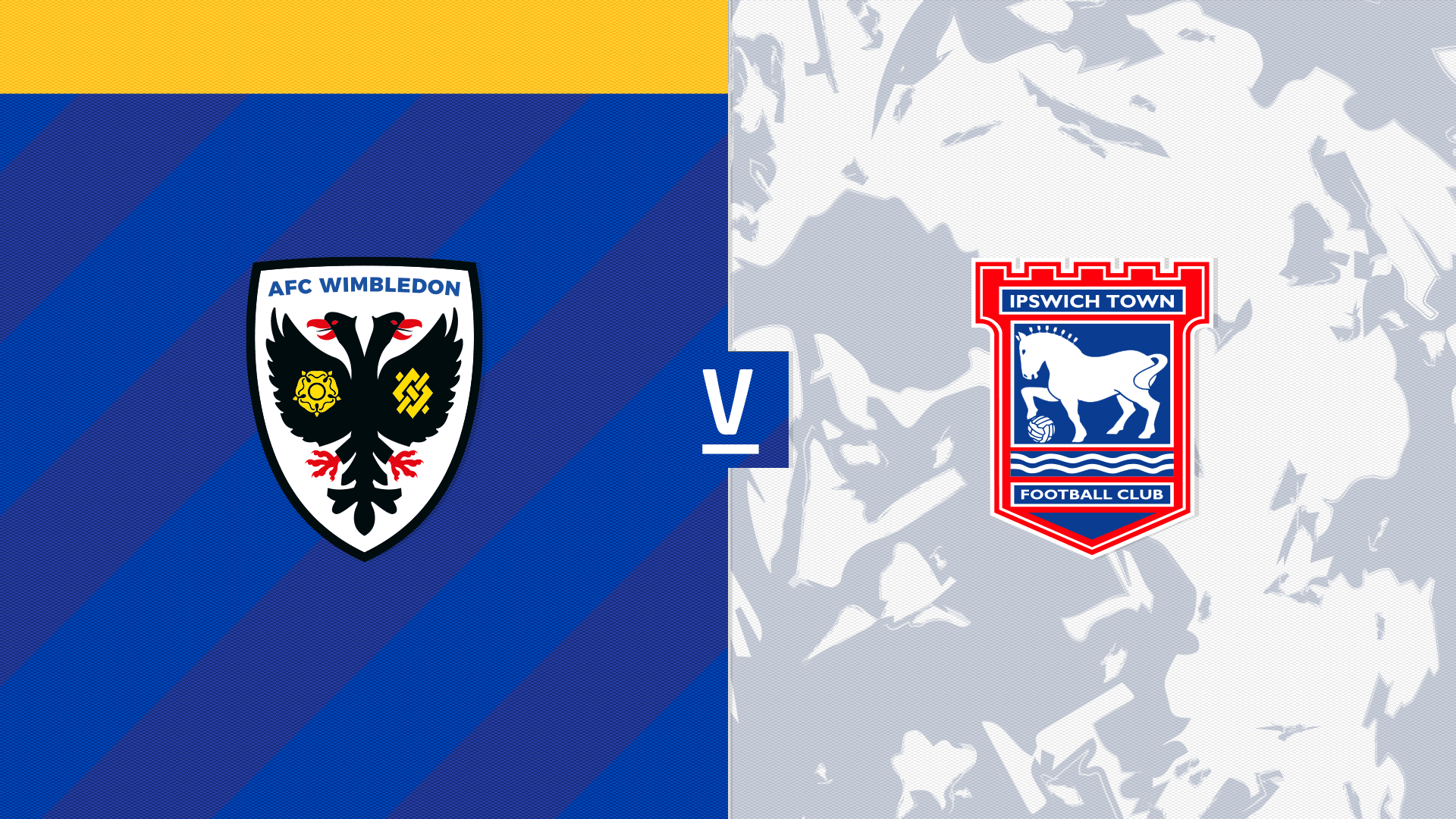 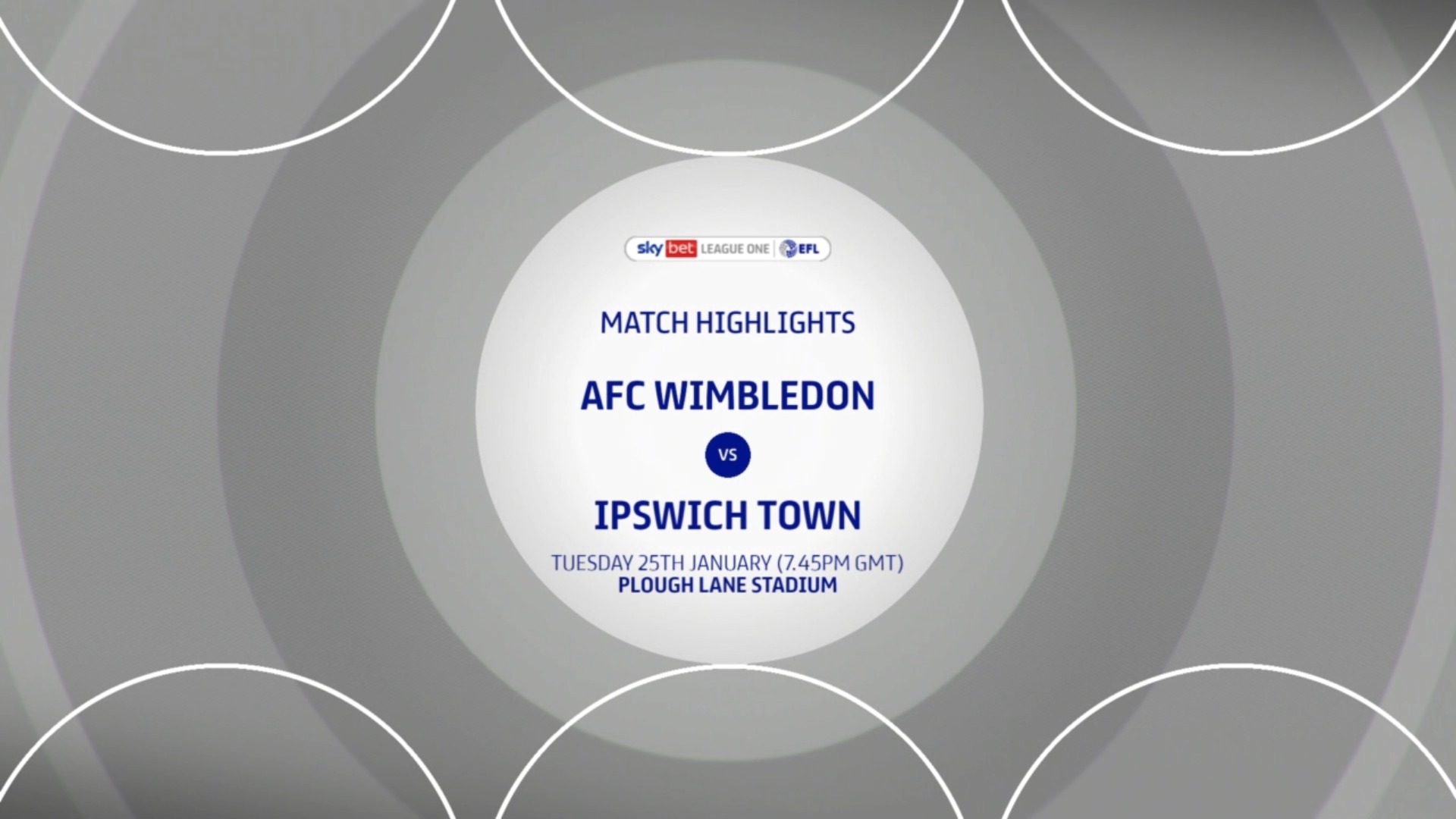 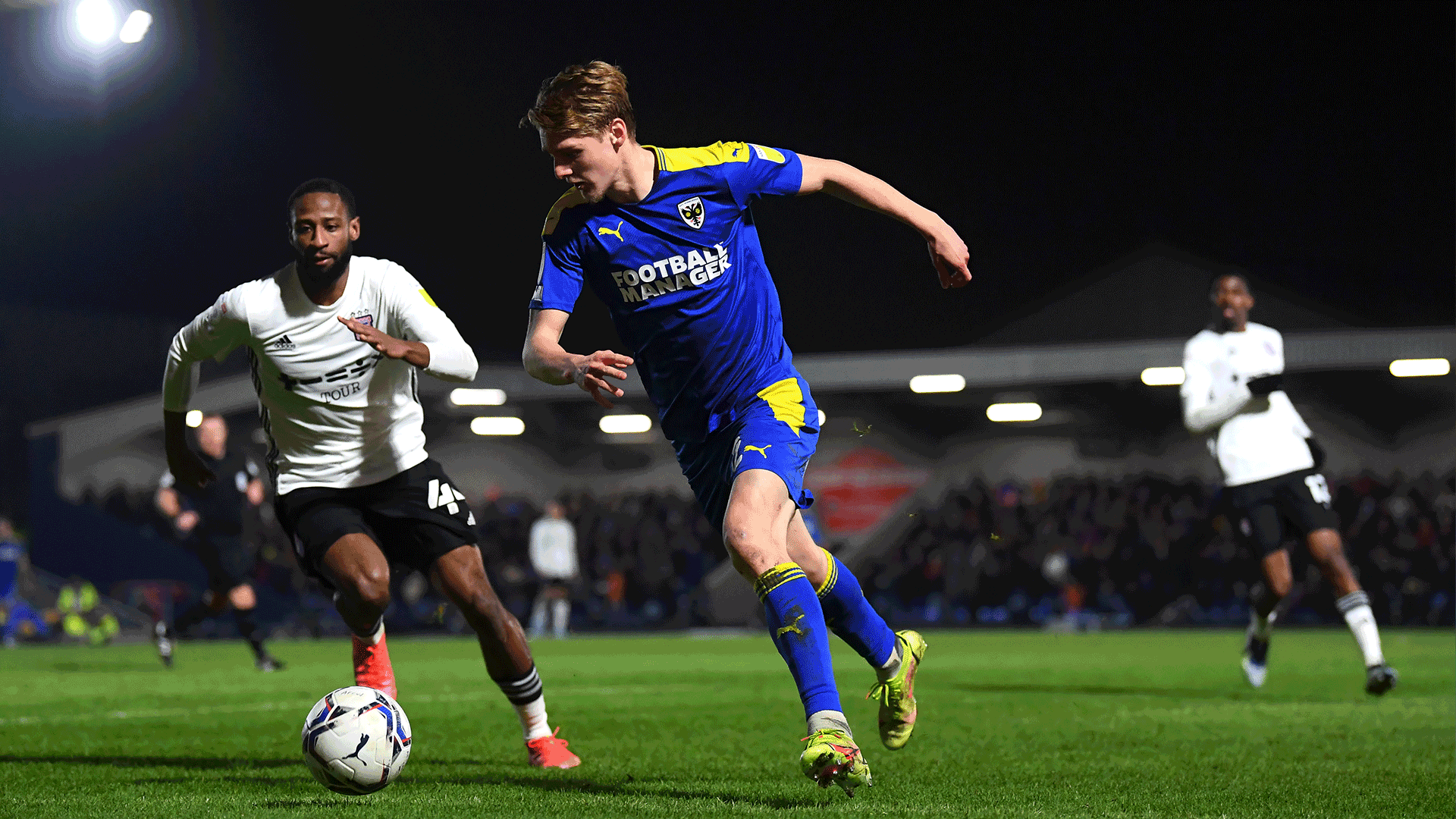