Ollie Palmer's double led the way to a much-needed 3-2 win, our first League One home victory since we defeated Oxford United. The Dons responded brilliantly after falling behind against Crewe. Indeed, this was a performance that resembled the flowing attacking style that so captured the imagination of everyone connected with the club earlier this season.

Back was the flair and swagger that had us dreaming of a promotion charge in early season. Ayoub Assal, who had been so pivotal to our flowing attacking form, was back in the groove once again, though he received a red card just before the end.

Following Saturday’s narrow defeat at Fratton Park, Mark Robinson decided to select the same 11 that started at Portsmouth. It meant that Paul Osew retained his place as an unorthodox right-back after his impressive display at Portsmouth with Henry Lawrence deemed fit enough for the bench after shaking off tonsillitis. In opposition was our former Player of the Year Terell Thomas, who was back for the first time after leaving us in the summer.

The Dons made a decent enough start and put together a good move that ended with Anthony Hartigan firing over the crossbar. However, it was the visitors that made the breakthrough in the 11th minute with their first attack of the game. A quick breakaway move ended with a through ball down our left side and Christopher Long raced in behind, just about beating the offside trap, before scoring with a fine angled drive.

Far from rattling the Dons, conceding a goal produced exactly the response that Mark Robinson and his staff would have dreamed about last night! With Jack Rudoni, Luke McCormick, and Ayoub Assal providing good support for target man Ollie Palmer, the Dons flooded forward to put Crewe under sustained pressure and the equaliser followed in the 24th minute. Anthony Hartigan delivered a fantastic cross from a free-kick that deserved to be finished off and Rudoni duly obliged with a header that Crewe keeper Dave Richards initially saved, but he followed up to force the ball home.

After restoring parity, Wimbledon piled forward in search of a second goal – and Robbo’s boys were simply rampant! With Ayoub Assal producing a performance reminiscent of his stunning form from the end of last season, the Dons created chances seemingly at will and our fans responded by creating a great atmosphere. Palmer shot wide after fine play by McCormick and Osew, who was joining in the attack at every opportunity, had a good shot deflected just over the crossbar. Hartigan’s crosses were proving to be a real weapon on the night and he put over another fine ball from the right that Heneghan met with a good header, but it was saved by Richards and the visitors managed to scramble the ball clear.

A second Wimbledon goal had seemed inevitable and it subsequently arrived in the 35th minute. Osew’s cross fell nicely for Guinness-Walker, whose effort was parried by Crewe keeper Dave Richards, and Rudoni was quick to pounce on the rebound by pulling the ball back for Palmer, who made no mistake from close-range.

The advantage was almost extended when Rudoni’s header flashed just wide after yet another superb cross by Hartigan, but the home faithful didn’t have to wait too long to celebrate a third goal. Assal was brought down in the box and Ollie Palmer stepped up to convert with an emphatic spot-kick that left Richards with no chance. The 3-1 half-time scoreline was certainly fully deserved with Robbo’s boys having totally dominated the first 45 minutes. Indeed, it could have been more and the visitors were fortunate to still be in this game when the whistle sounded for the interval.

It was almost four shortly after the restart when only a fine save by Richards denied Palmer his hat-trick, the Crewe keeper turning away the striker’s header after a good cross from the left by Rudoni. McCormick also had a shot saved by Richards as Wimbledon piled on the pressure in the second-half. Somehow Crewe were still in this game after the hour mark and there was a warning shot for Wimbledon when Oliver Finney struck a powerful drive that Nik Tzanev did well to palm away from danger.

Despite that rare Crewe opportunity, the chances kept coming for the Dons. Palmer was again denied his hat-trick when his goal-bound shot was blocked and Rudoni’s shot was saved by Richards, who had been a particularly busy man on the night!

As we entered the latter stages of this game, Callum McFadzean headed just wide of the target, suggesting that this game was not all over, but at the other end Rudoni so nearly made it four when he was denied by Richards. Though it all got a bit nervy when Chris Porter scored to make it 3-2 and six minutes of injury time was indicated, the Dons held on for a much deserved win. Assal was sent off during injury-time after a late challenge that came just a couple of minutes after he had been shown a yellow card. It was a shame that such an entertaining match ended on a low note, but it failed to take the shine off a great night for Wimbledon. 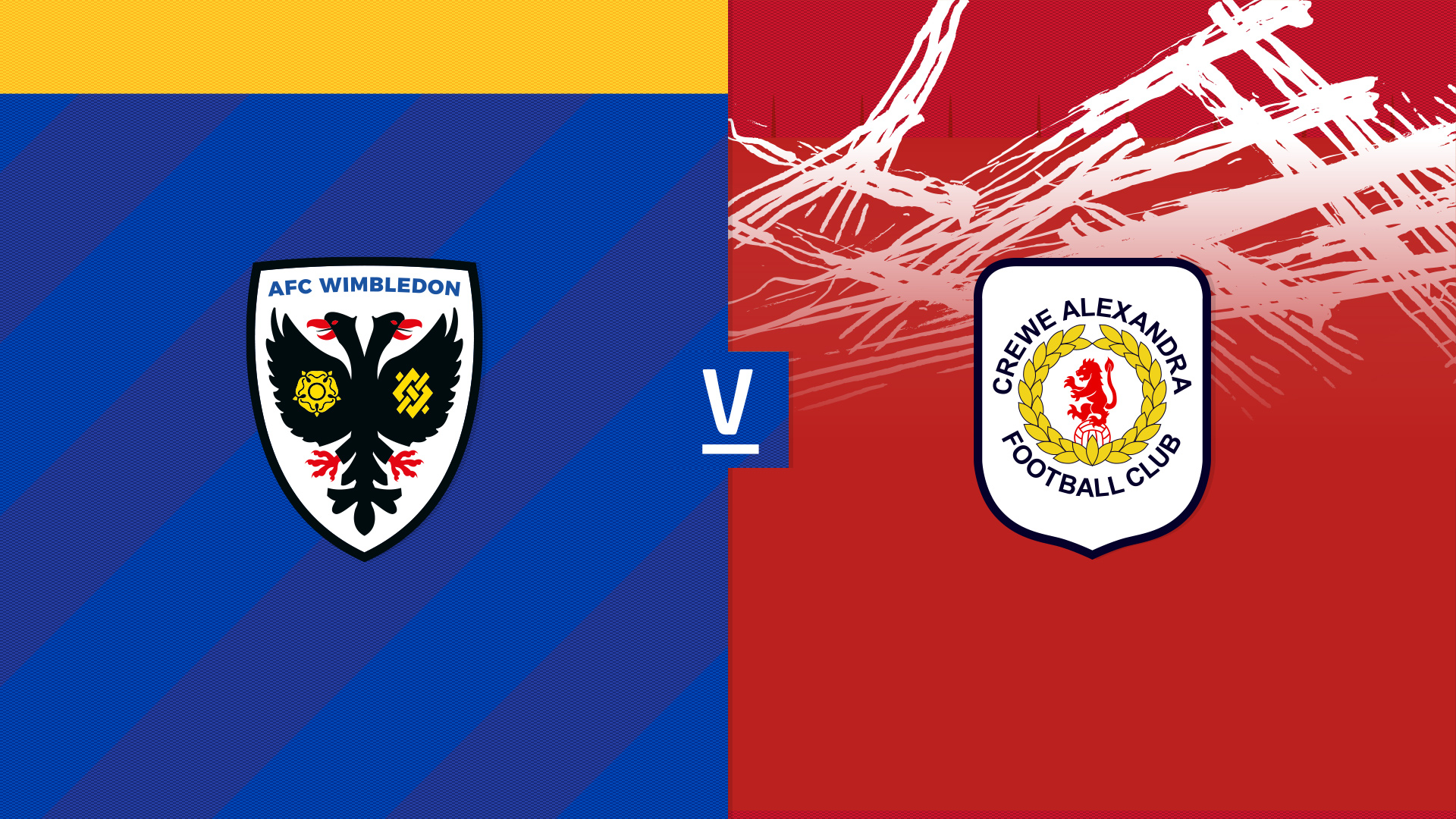 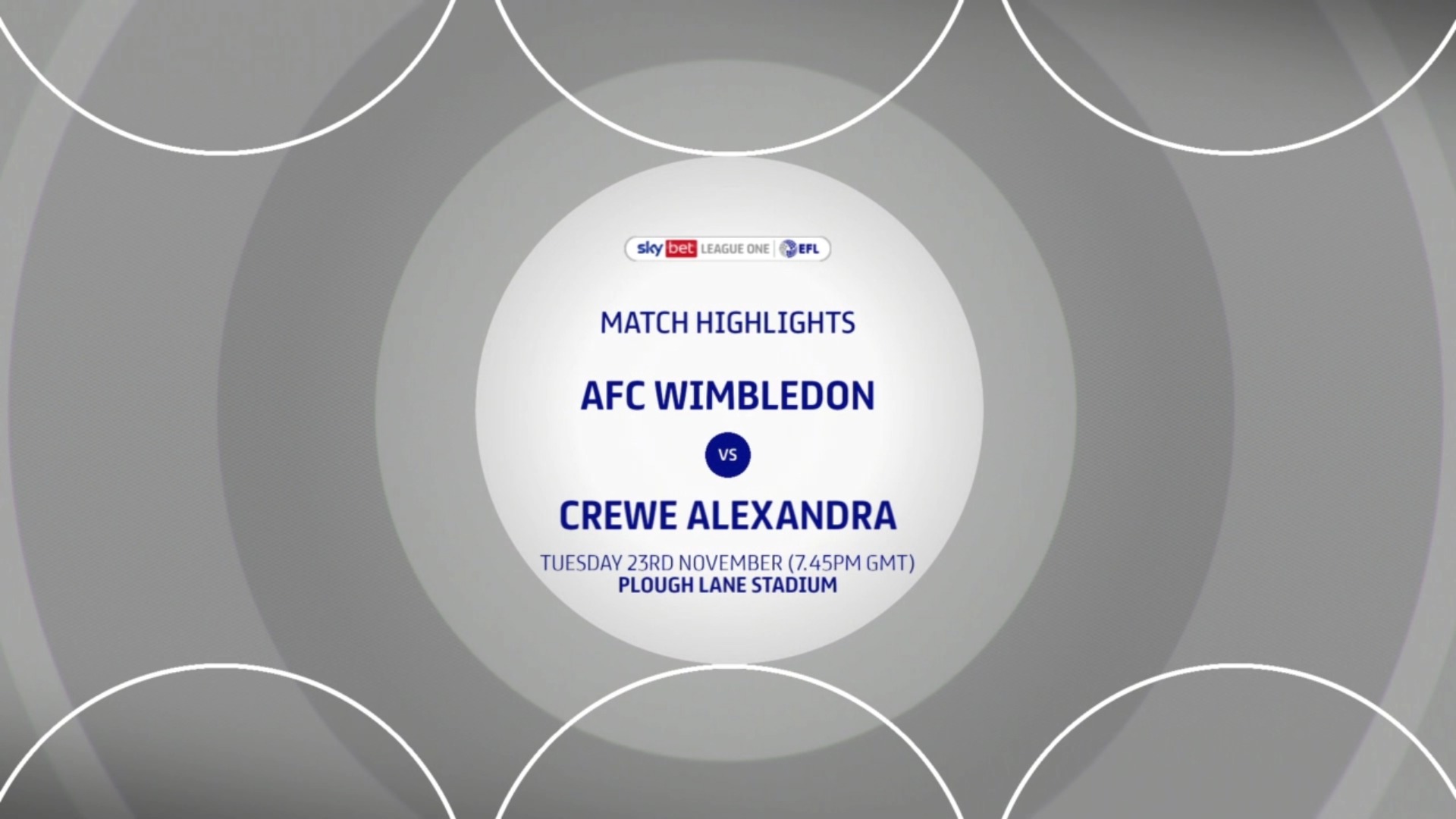 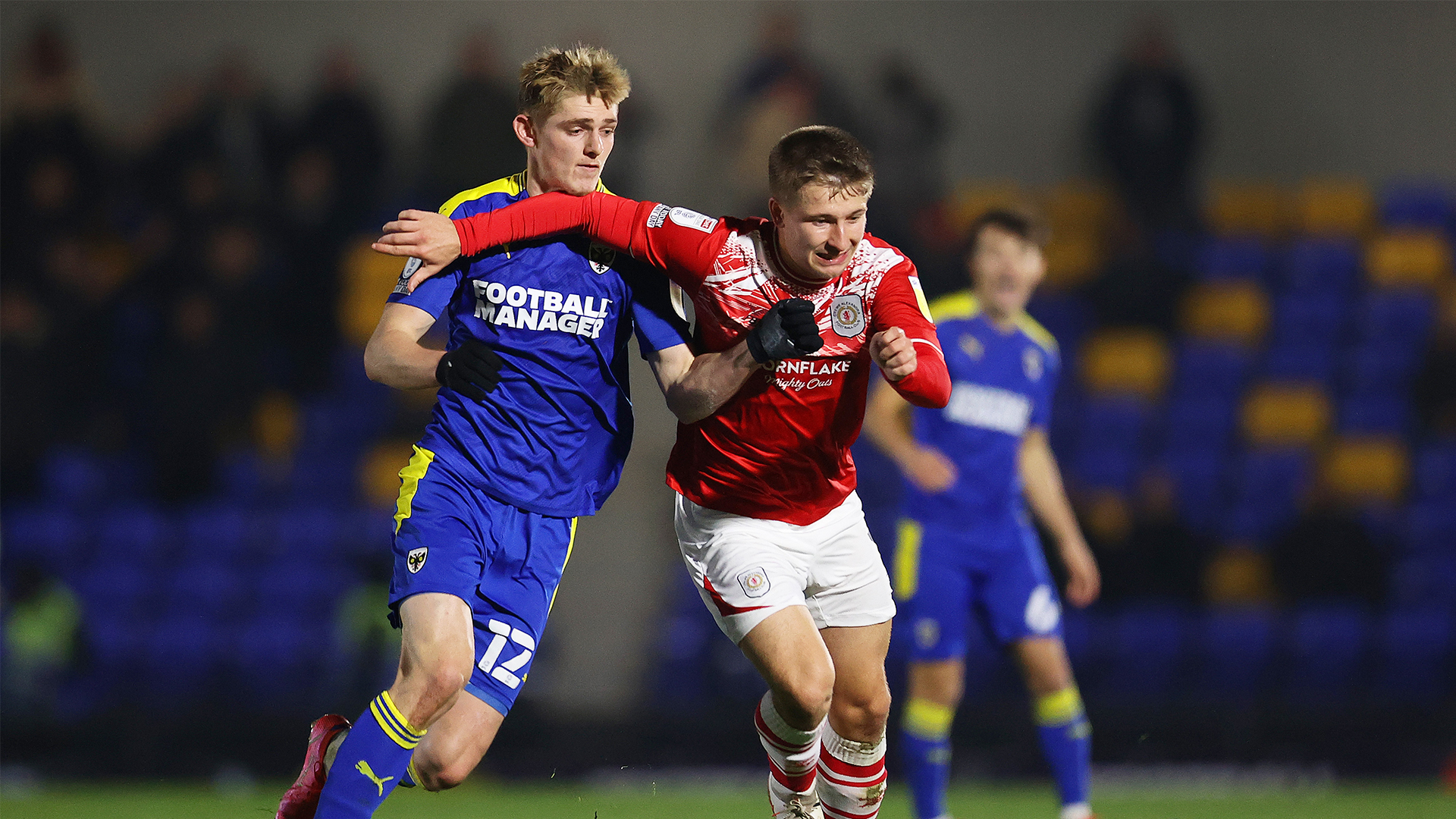