Head Coach Mark Robinson has been focusing on changing habits during an international break for The Dons, as we bid to get our league season back on track against Sheffield Wednesday tomorrow.

“We’ve changed things a bit recently,” said Robbo ahead of Saturday afternoon’s League One game at The Cherry Red Records Stadium. “It’s something I’ve wanted to do and maybe went away from a little bit.

“We got off to a good start and you all have to reflect on what you are doing and sometimes you can just get into habits of doing things. It’s stuff that I believe in, that I always promised myself I was going to do if I was going to get into this position. I introduced it at the back end of last week and it takes a bit of changing for some of the lads, because they’ve been doing the same thing for a long time, but they are starting to buy into it and the sessions have been excellent.

“It’s like anything - nothing happens overnight, but the key thing is that the players are buying into it and they’re really enjoying the training sessions and they are coming in and thinking every day.”

Having been relegated from the Championship last season, Sheffield Wednesday are currently ninth in the table – five points better off than The Dons. You can also see pre-match interviews with defender Paul Kalambayi, back in contention after recovering from injury, plus captain Alex Woodyard on the work he’s been putting in over the past fortnight.

“It’s about how we impose our style on them,” said Robbo. “We know they’ve got good players. We need to really go and impose our style. I think apart from possibly just the Rotherham game we’ve tried to do that, although there’s been things that haven’t been good enough in certain areas.

“They’re organised, they’re not a side that loses heavily. Obviously, any Darren Moore side tries to play and as I’ve said they’ve got some really good individual players – so we need to be aware of that, and that collectively we’re strong and that we give ourselves a framework where our individuals come to the forefront as well.

“It’s more about where we’re heading and what we’re trying to do. It’s great to be back home and play a club like Sheffield Wednesday, but that’s not where I want to it to be. I just want it to be that it’s great to play football, it’s great to play for this football club. These are the levels that we have to aim to reach every single game.

“Whether it’s playing in front of 800 people or 18,000 – I want it to become this is just us and how we behave and how we aim to perform every single game.”

You can see the full pre-match interview with Head Coach Mark Robinson after Thursday’s training session below, via the link to our official YouTube channel.

Mark Robinson’s men showed once again that they are made of stern stuff by battling back to salvage a creditable point against Sheffield Wednesday.

The visitors, relegated from the Championship last season, harbour hopes of bouncing back at the first attempt, but they left the Cherry Red Records Stadium reeling after feeling the full force of another spirited Dons display. At 2-0 down just after the hour, it appeared that Wimbledon were spinning towards defeat, but a cracker by Nesta Guinness-Walker started to shift the pendelum in our favour, and Jack Rudoni’s late strike completed the rescue act.

It may have been labelled as ‘two points dropped’ from Sheffield Wednesday’s perspective, but on the balance of play there was little doubt that Wimbledon deserved a share of the spoils. Restricted by a lack of forward options, there was still plenty of attacking thrust on display from Robbo’s men, and plenty of desire to reward the fantastic support of our home faithful. In fact, this late, late show was celebrated like a victory – understandable in the circumstances – and one wonders what the atmosphere would be like if we had a run of home victories!

Nevertheless, there was plenty to enthuse about for everyone connected with the club as our players provided another demonstration that this could be a very exciting season. It had seemed like such a long time since our last match – a 1-1 draw at home to Burton Albion – and Robbo made four changes to his starting line-up. Ethan Chislett, Nesta Guinness-Walker, Dapo Mebude, and Paul Kalambayi were restored to the side in place of Luke McCormick, Henry Lawrence, Aaron Pressley, and Will Nightingale. With Pressley only deemed fit enough for the bench, Rudoni was deployed in the centre of a three-pronged attack, supported by Mebude and Ayoub Assal on either side of him.

The visitors opened the scoring when they managed to find Lee Gregory in space through the middle and he showed fine touch to set-up a shooting opportunity, before finishing clinically past Nik Tzanev. Far from deflating Wimbledon’s spirit, the response was exactly what was required in the circumstances. Sharp play down the left flank by Ayoub Assal earned a free-kick on the left and that gave Anthony Hartigan a chance to show his ability from set pieces again. Hartigan, who scored at Morecambe from a similar angle, swung in a superb delivery that just missed the far post, and any touch would have resulted in a goal. At the other end, Nik Tzanev made his first save when he denied Callum Patterson.

Just after the half hour came a real chance to restore parity when a fine cross by Guinness-Walker picked out Rudoni, but his header was just wide of the far post. The Dons dominated possession in the first-half and showed real promise at times. As so often this season, we were at our most threatening when Assal was able to find pockets of space in the channels. Our attacking talent showed good skill at times, acting as a spark for attacks, but so often he was stopped from getting through either by a last-ditch tackle or a foul. Cheye Dunkley was yellow carded for a late challenge on Assal, but he was not offered enough protection by referee Chris Sarginson after being targeted on so many occasions.

Just before the break the visitors squandered a golden chance to double the advantage. Fisayo Dele-Bashiru won a battle for the ball with Nesta Guinness-Walker to set-up a shooting chance, but his effort flashed just wide of the far post. Wimbledon started the second-half well and an equaliser could have followed when a corner was superbly delivered by Anthony Hartigan into Assal’s path, but he could only direct his shot into the arms of Wednesday keeper Joe Wildsmith.

This eventful match took another twist just after the hour. A header from a cross was off target by Lewis Wing, but referee Sarginson adjudged that Kalamabyi had fouled him in the box. If there was contact, it was certainly minimal, but a penalty was the outcome and Gregory kept his cool to send Nik Tzanev the wrong way from the spot.

At this stage, it appeared that the game was up for Wimbledon. That the Dons stayed in it initally was down to Nik Tzanev, who made two vital saves in quick succession. Aaron Pressley and Luke McCormick then injected fresh life into Wimbledon’s rescue bid after they were introduced into the action. It didn’t take long for the substitutes to make an impression, both offering energy and good movement after entering the fray. McCormick helped to spark the equaliser with a dashing run down the right. After finding that space in behind, McCormick pulled the ball back for Pressley and though his shot was saved it fell nicely for Guinness-Walker and he finished superbly.

In a frantic finale, Assal’s shot was saved, before the all-important equaliser arrived – and it came in some style too. McCormick delivered a fantastic cross from the left that picked out Rudoni and he finished clinically. The noise that greeted the goal was certainly worth the wait and it was just reward for a team display that deserved at least a point. Roll on our next match at the Cherry Red Records Stadium!

Tickets for our League One clash against The Owls on Saturday 16th October are now on sale.

How To Buy Tickets

Debenture Holders have until the end of day on Monday 11th October to book their seats for Sheffield Wednesday. Tickets not booked after that day will be released for sale online.

If you are a Stadium Card holder or a Dons Trust Plus Member and cannot see discounted tariffs when purchasing your tickets, please get in touch with us by calling our ticket office on 0203 988 7863, or by emailing tickets@afcwimbledon.ltd.uk so that we can assist you with changing your tariff.

Please note that there will be no match-day ticket sales on the day of the match and you will not be able to buy your ticket at the Stadium. We advise all fans to buy their tickets prior to the match to avoid disappointment. 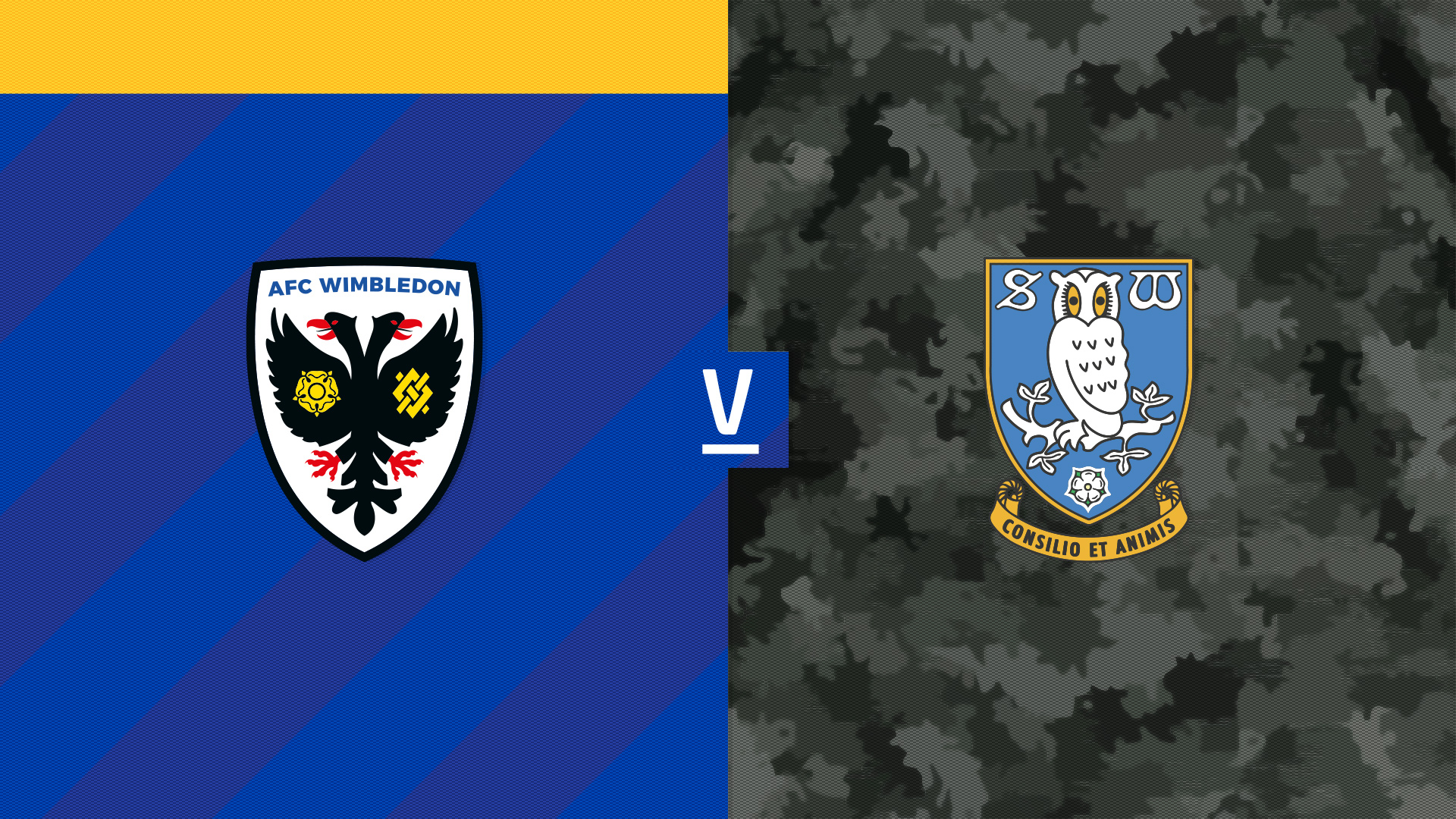 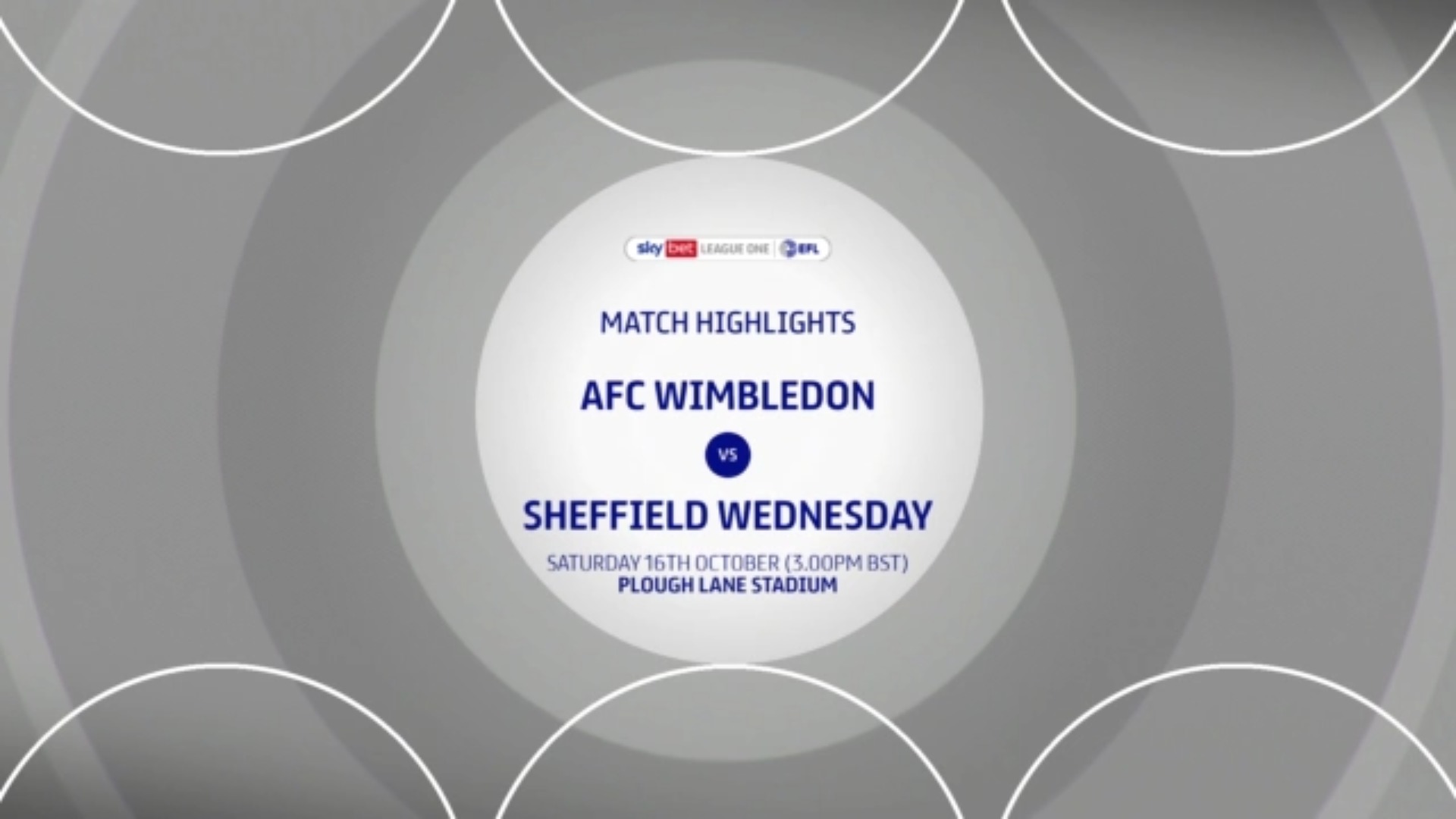 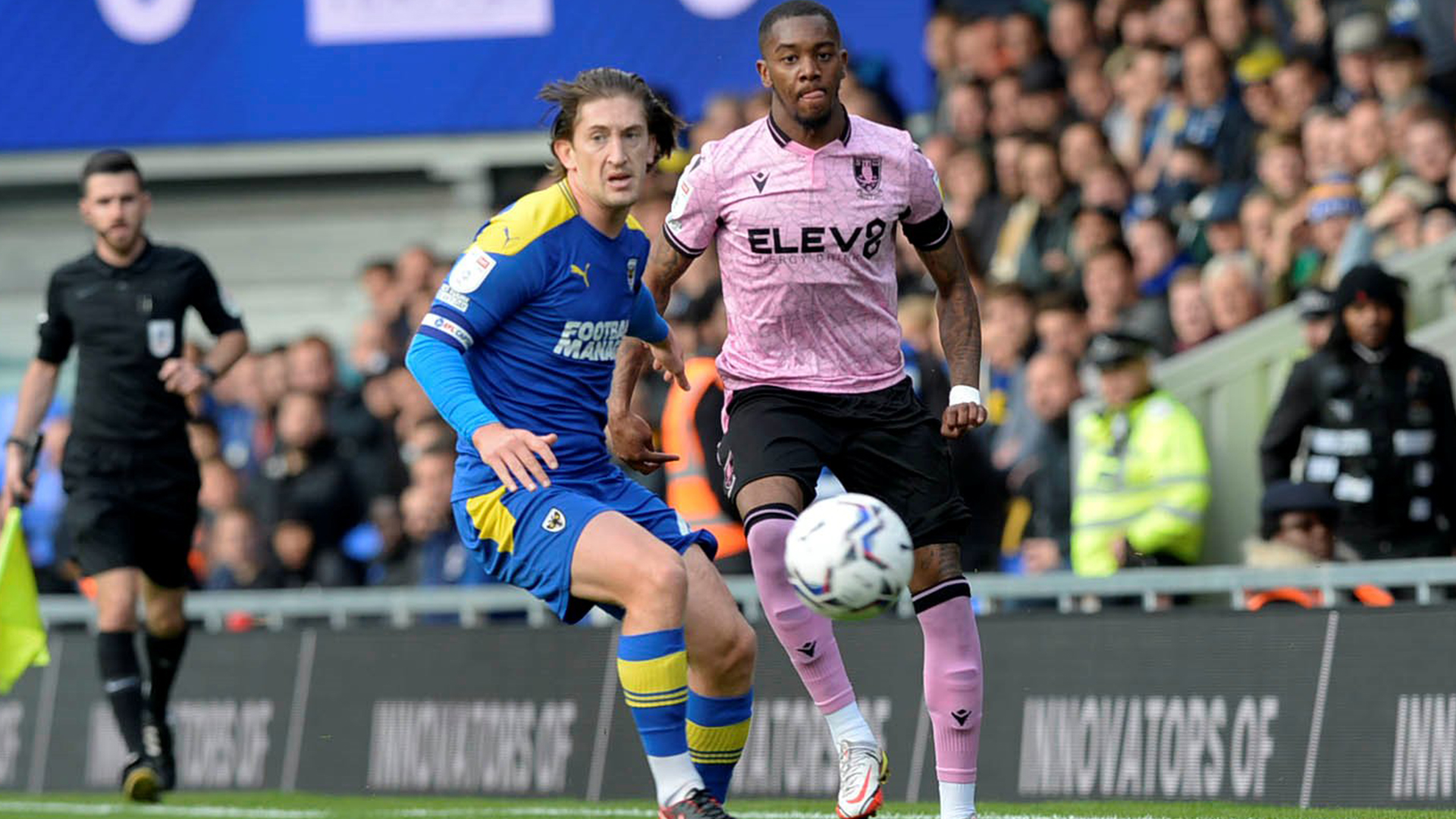