This time it was a bridge too far for Wimbledon as there was no dramatic second-half fightback.

Promotion-chasers Wigan effectively sealed victory at the Cherry Red Records Stadium with two goals in four minutes at the start of the second-half. On so many occasions this season Robbo's boys have come from behind to earn points, but the attacking verve and never-say-die attitude was missing this time. Wigan were comfortable 2-0 winners, displaying all the hallmarks of a side that's expected to be in the race for promotion come the end of April.

To compound the misery on what was a difficult day for everyone in blue and yellow, there was the sight of Paul Kalambayi being stretchered off near the end as Wimbledon finished the game with 10 men after making all the allocated substitutions.

Mark Robinson made just one change to his starting line-up after the midweek victory at Lincoln City with Cheye Alexander replacing Henry Lawrence at right-back. There was a notable inclusion on the substitutes’ bench with Quaine Bartley, who turns 18 next week, in the first-team squad for a league match for the first time. Wigan’s starting 11 was packed with quality as our former loanee Wyke led the line after his summer switch from Sunderland and Republic of Ireland international James McClean offered flair on the left flank. Indeed, it was a far different Wigan side than the relegation-threatened team which visited us last February in a match that ended 1-1, the Latics having splashed the cash since then.

Wigan started on the front foot, taking the game to us from the outset, and early half chances fell to Max Power and Callum Lang, but both shot over the crossbar. Ben Heneghan had to show real strength to stop Wyke, who had scored a hat-trick here in his previous visit with Sunderland last season. And Heneghan was required to make an even more important intervention when he cleared off the line to stop Will Keane’s shot from finding the net.

It took until the 10th minute for the Dons to threaten for the first time – and it was Ayoub Assal who once again sparked the chance. A superb run down the left created space and he sent over a cross that Luke McCormick headed over the crossbar. That didn’t change the pattern of this match as Wigan continued to hold the majority of possession with Wimbledon forced to stay strong and keep a rigid defensive shape. The visitors had the best chance of the match so far in the 20th minute when Power sent over a cross that picked out Keane, who had stayed just onside, but he shot over from close-range.

The Dons started to gain more possession after the half hour mark, and a good move ended with Cheye Alexander sending over an inviting cross that Aaron Pressley got on the end of, but it was too close to Ben Amos. Assal’s trickery then proved too much for Wigan as he turned towards the penalty area, but he was brought down for a free-kick. Anthony Hartigan stepped up and struck a fine free-kick that drifted just wide of the far post.

Superb play by our keeper Tzanev threatened to bring reward as we approached half-time, the Kiwi keeper collecting a cross and quickly finding Assal in space through the middle. Assal refused the invitation to keep running towards the penalty area, but he was hacked down as he attempted to find a team-mate by McClean, who received a yellow card. As we approached half-time the Dons defended resiliently to prevent the visitors making the most of a succession of corners.

The visitors wasted no time in attempting to make the breakthrough at the start of the second-half and the opening goal arrived in the 50th minute. After finding space down Wimbledon’s left the ball was crossed dangerously into the box, and Paul Kalambayi was only able to divert the ball into his own net. All of a sudden, the visitors were flooding forward in numbers and a superb goal-line clearance by Cheye Alexander was required to stop McClean from doubling the advantage. However, that was only a temporary reprieve for the Dons. Lang found McClean just outside the area and he showed fine skill to create space for a shot before striking a fierce drive that Tzanev had no chance of saving.

With the Dons now forced into pushing more numbers forward, gaps opened up at the break and Tzanev twice pulled off fine saves to stop Wigan making it three. The visitors missed a golden chance to increase the advantage when Keane shot over from close-range when it looked easier to score.

Nesta Guinness-Walker forced Wigan keeper Ben Amos into his first save of the match in the 80th minute. The fact that was the first meaningful save made by Amos summed up a lack of attacking thrust from the Dons on the day, in stark contrast to what had gone before this season. In terms of attacking play, it was perhaps Wimbledon's least effective display of the season, albeit it came against a very strong side that lived up to their billing as real promotion contenders.

Tickets for our League One clash against Wigan Athletic on Saturday 23rd October are now on sale.

How To Buy Tickets

Please note that wheelchair users and those needing ambulant disabled seats should email amanda.bynon@afcwimbledon.ltd.uk to book.

Debenture Holders have until the end of day on Monday 18th October to book their seats for Wigan. Tickets not booked after that day will be released for sale online.

Please note that there will be no match-day ticket sales on the day of the match and you will not be able to buy your ticket at the Stadium. We advise all fans to buy their tickets prior to the match to avoid disappointment. 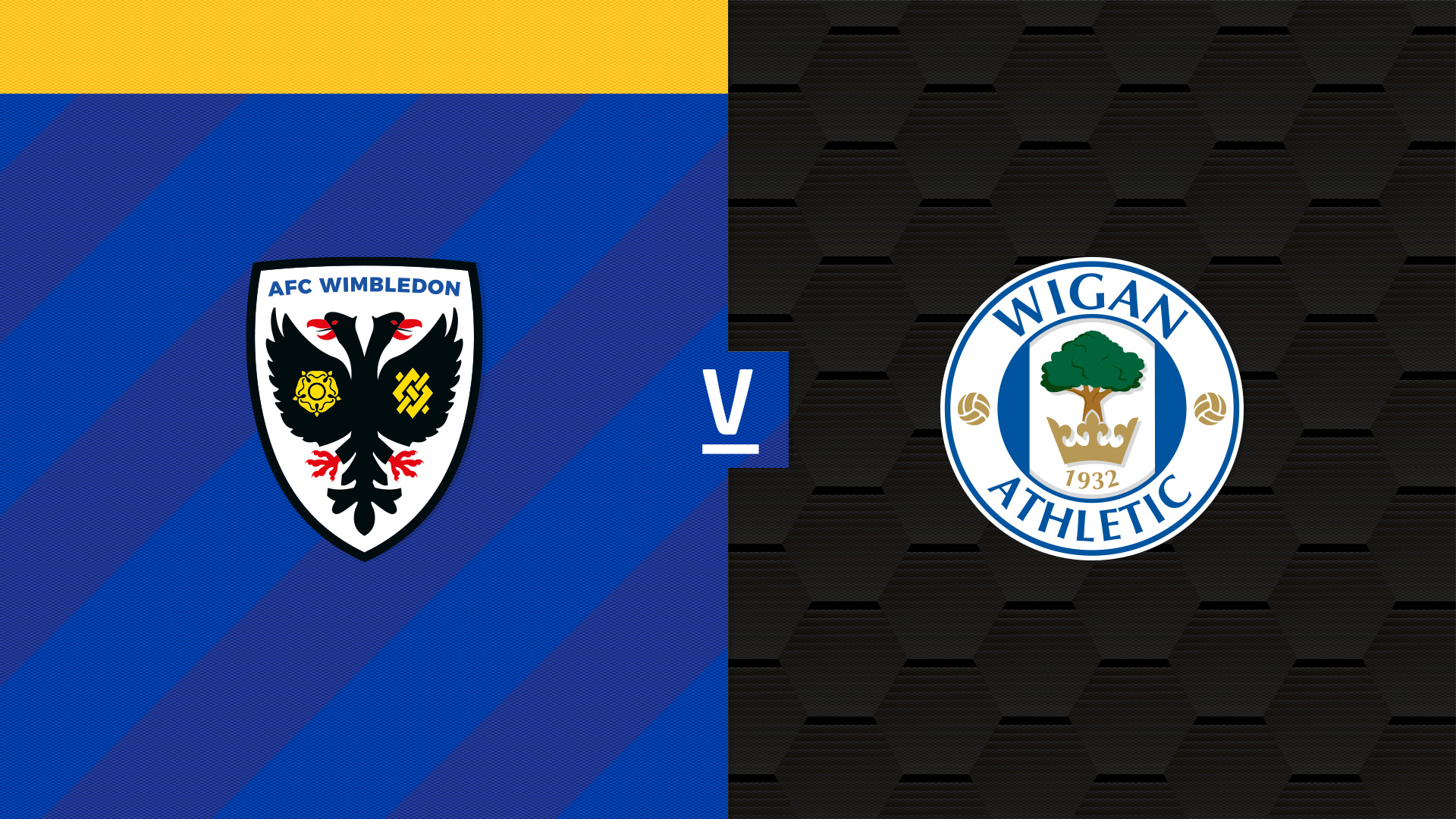 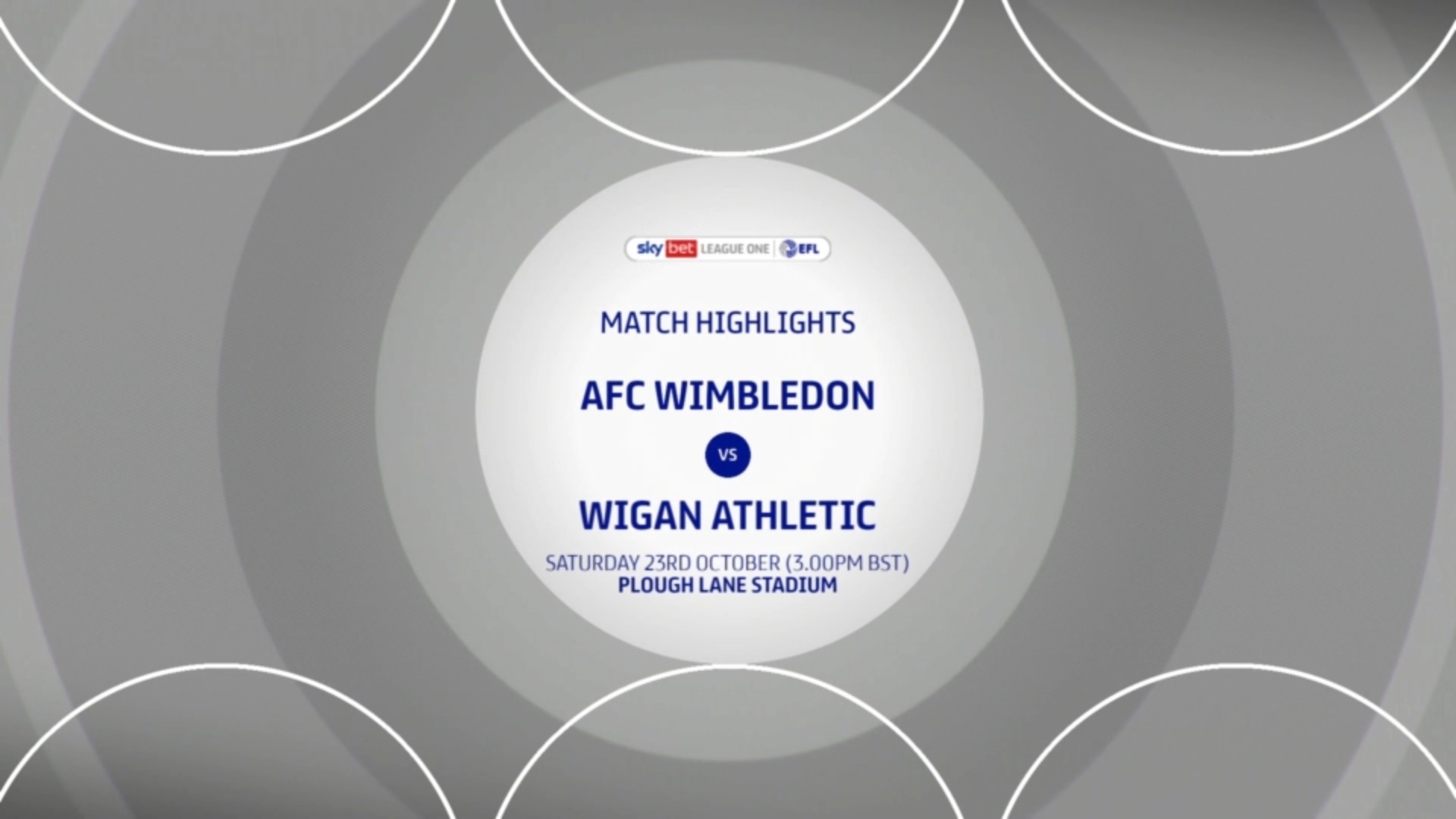 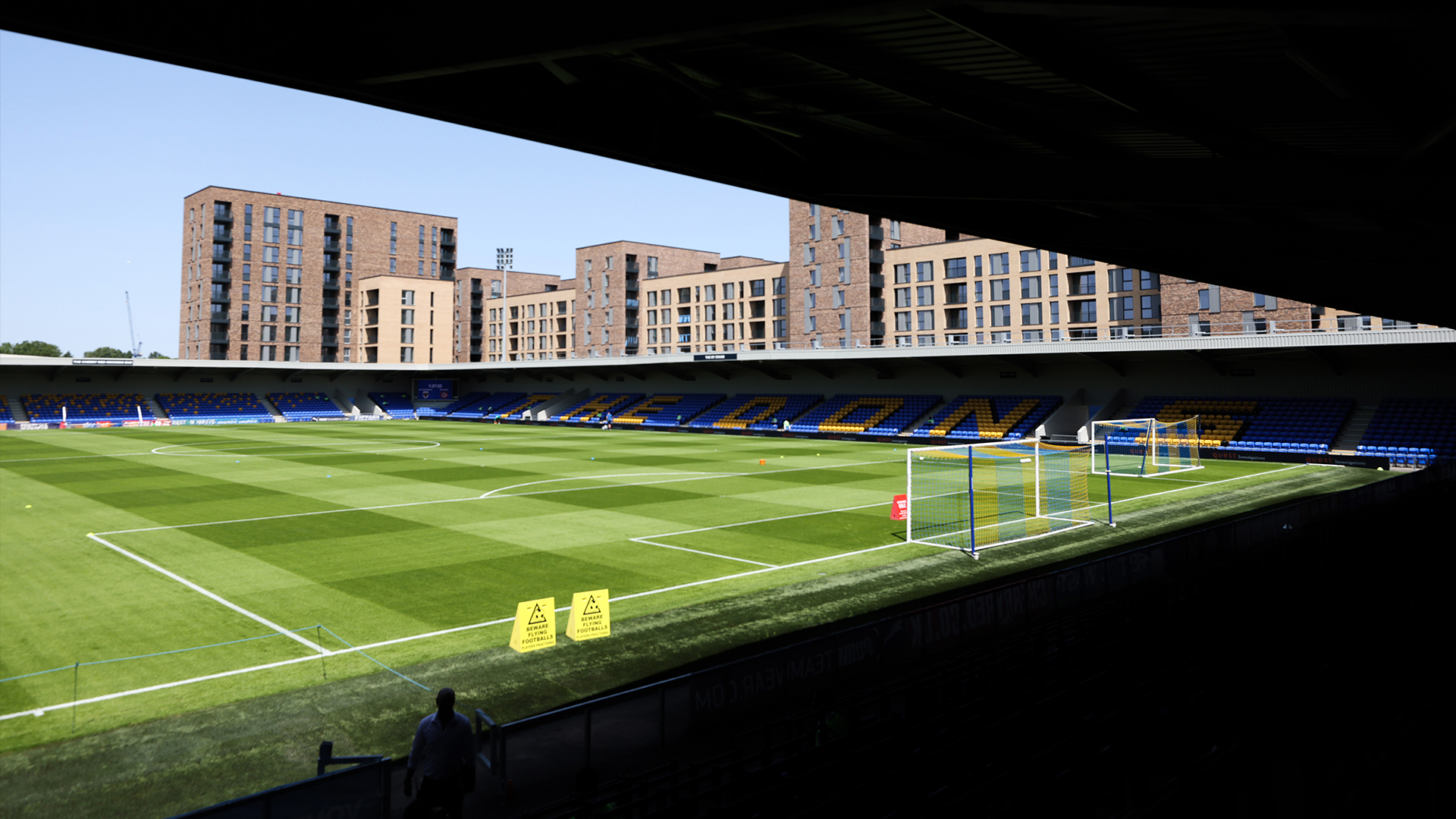