Home-grown pair Will Nightingale and Jack Rudoni inspired a power-packed Wimbledon fightback that swept Oxford aside on a day to remember at Plough Lane.

A side rightly regarded as promotion contenders were left stunned by the full force of a resurgent Wimbledon back at our spiritual home, the fans roaring on a young Dons team that battled back to win 3-1. The atmosphere at a raucous Plough Lane after the final whistle was fantastic for everyone connected with the club to be involved with, especially after waiting so long for occasions like this in Wimbledon. Indeed, it was a win that our fans will look back at for years to come as it provided our first victory in front of supporters at Plough Lane for over three decades.

Rudoni struck twice - his second an absolutely cracking finish after a lovely team move - and Nightingale scored with a towering header that has quickly become his trademark since Robbo took over. However, this was far from a two man show as Wimbledon had stand-out performers all over the pitch. Ben Heneghan produced a tackle in the second-half that was worth a goal, foiling Oxford at a crucial time, and goalkeeper Nik Tzanev was dependable once again between the sticks. Overall, it was a performance that suggested Wimbledon can make further progress this season after moving up to 11th place in League One.

Robbo made three changes to his starting line-up after the 2-2 draw at Ipswich last week. Nesta Guinness-Walker, Jack Rudoni, and Dapo Mebude were all recalled for starting berths with Cheye Alexander, Ayoub Assal, and Aaron Pressley having to settle for places on the bench. It only took a few minutes for Mebude to show his threat when he raced down the right side with a quick burst of pace, but no one was able to get on the end of his subsequent cross. Luke McCormick also showed impressive skill and movement on the same flank to create space, but he was stopped by a late challenge from Seddon, who was subsequently booked. The free-kick by Antony Hartigan caused panic in the Oxford defence. Though they managed to scramble the ball clear, Ollie Palmer’s aerial ability proved useful as he nodded down for McCormick, but his shot was straight at Stevens.

Oxford fashioned the best chance so far in the 15th minute and they should really have taken the lead. A long kick by Oxford keeper Jack Stevens was chased down by James Henry, who crossed from the right to find Matty Taylor just a few yards out, but he headed wide. At the other end, Wimbledon put together a fine move when Jack Rudoni and Ollie Palmer combined to find Mebude in space and his cross fell for Nesta Guinness-Walker, but Stevens saved his shot.

Taking on a side known for expansive passing football, the Dons pressed high, and it certainly worked as the visitors were rushed into mistakes. Palmer and Mebude led the press from the front, and our attack also showed their threat on several occasions. The visitors were fortunate when Palmer slotted a lovely ball through to his strike partner, who would have had a clear run on goal, but he was tugged back, and none of the officials spotted it. Mebude also had a chance after Palmer had created more havoc in the box, but the young forward’s shot was straight at Stevens.

As we approached half-time, Wimbledon were forced to defend for a spell, but the Dons initially did that effectively. Anthony Forde had a shot deflected wide, before Ben Heneghan and Henry Lawrence both got in vital challenges to stop the visitors creating chances. However, the visitors snatched the lead with seconds remaining of the half. Hartigan dwelt on the ball when last man and he was made to pay when Mark Sykes snatched it off him and slotted home clinically.

Starting quickly from the restart, Oxford set out in determined fashion to double the advantage, and the Dons had to remain strong in defence. After emerging from a sticky spell, Wimbledon made it count by striking the equaliser. Hartigan made up for his earlier error by sending over a lovely free-kick delivery that picked out Will Nightingale. His superb towering header was touched home by Rudoni to signal ecstatic scenes among the majority of those in attendance at Plough Lane. The celebrations almost turned flat when Sykes set-up Ryan Williams, but his shot was well saved by Tzanev.

As we moved towards the final quarter of this match, it really was up for grabs. The visitors still had ambitions of going top of League One, but Robbo's boys had other ideas. At 1-1, Oxford substitute Nathan Holland went clean through on goal, but Heneghan showed real composure and desire to get back and time his tackle to perfection. It was a contribution lapped up by our supporters, who celebrated it like a goal - and the tackle turned out to be even more important just a minute later.

Hartigan, who had certainly bounced back well from his shaky end to the first-half, delivered a lovely corner that Nightingale met with a soaring header. Stevens had no chance in the Oxford goal - and the Dons were now closing in on a famous victory. However, there was still even better to come. Less than four minutes later it was 3-1 - and the final goal came in some style too. Guinness-Walker, Ethan Chislett and Assal combined on the left to provide Rudoni with a shooting chance. There was still plenty of work to do for Rudoni when the ball came in his direction just inside the area, but he struck a sublime effort into the bottom corner that well and truly sealed victory.

The final whistle signalled joyful scenes around Plough Lane as players, staff, and supporters celebrated a victory that will live long in the memory banks. If this is a sign of what's to come, then we are in for a very exciting season. 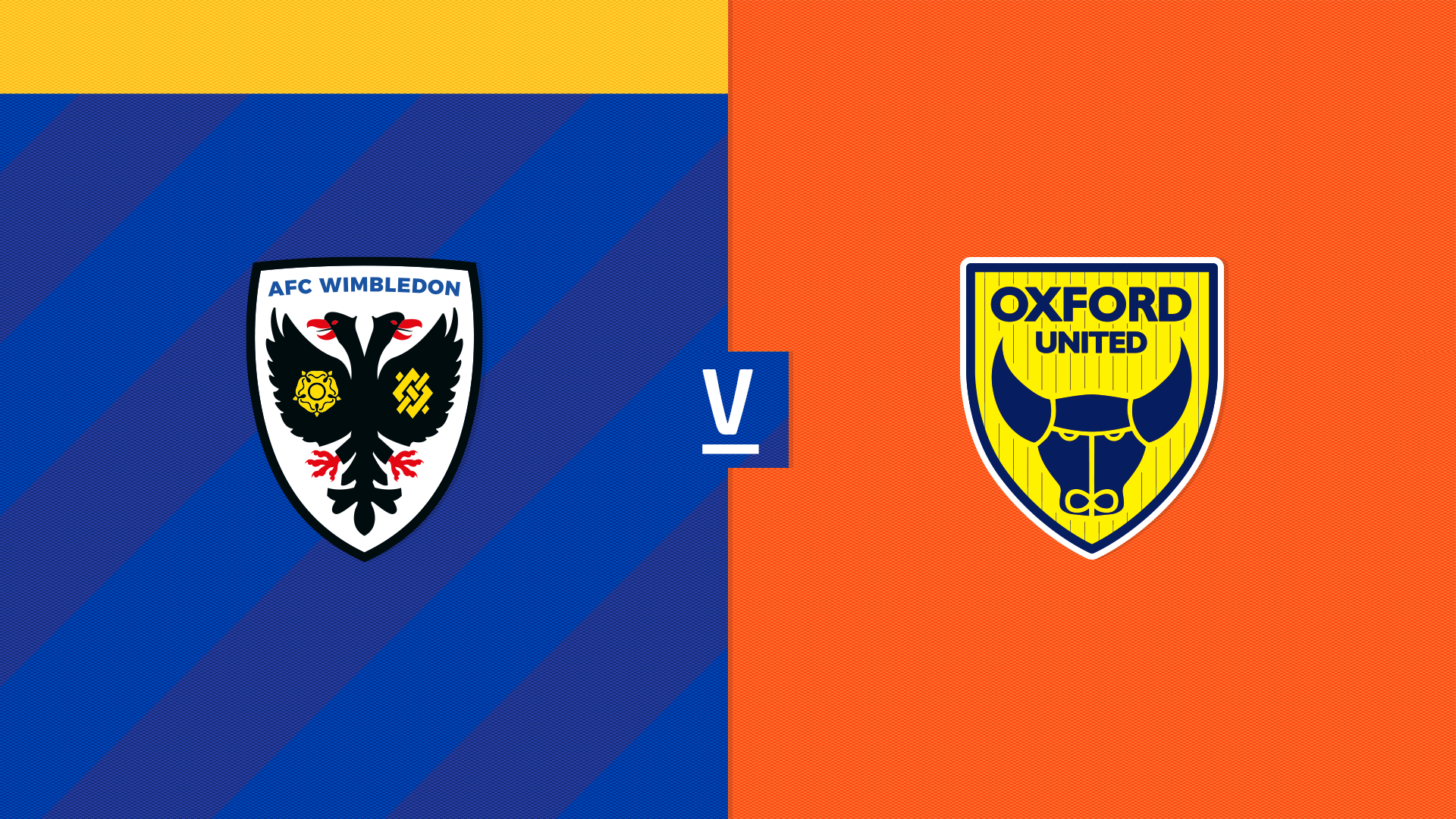 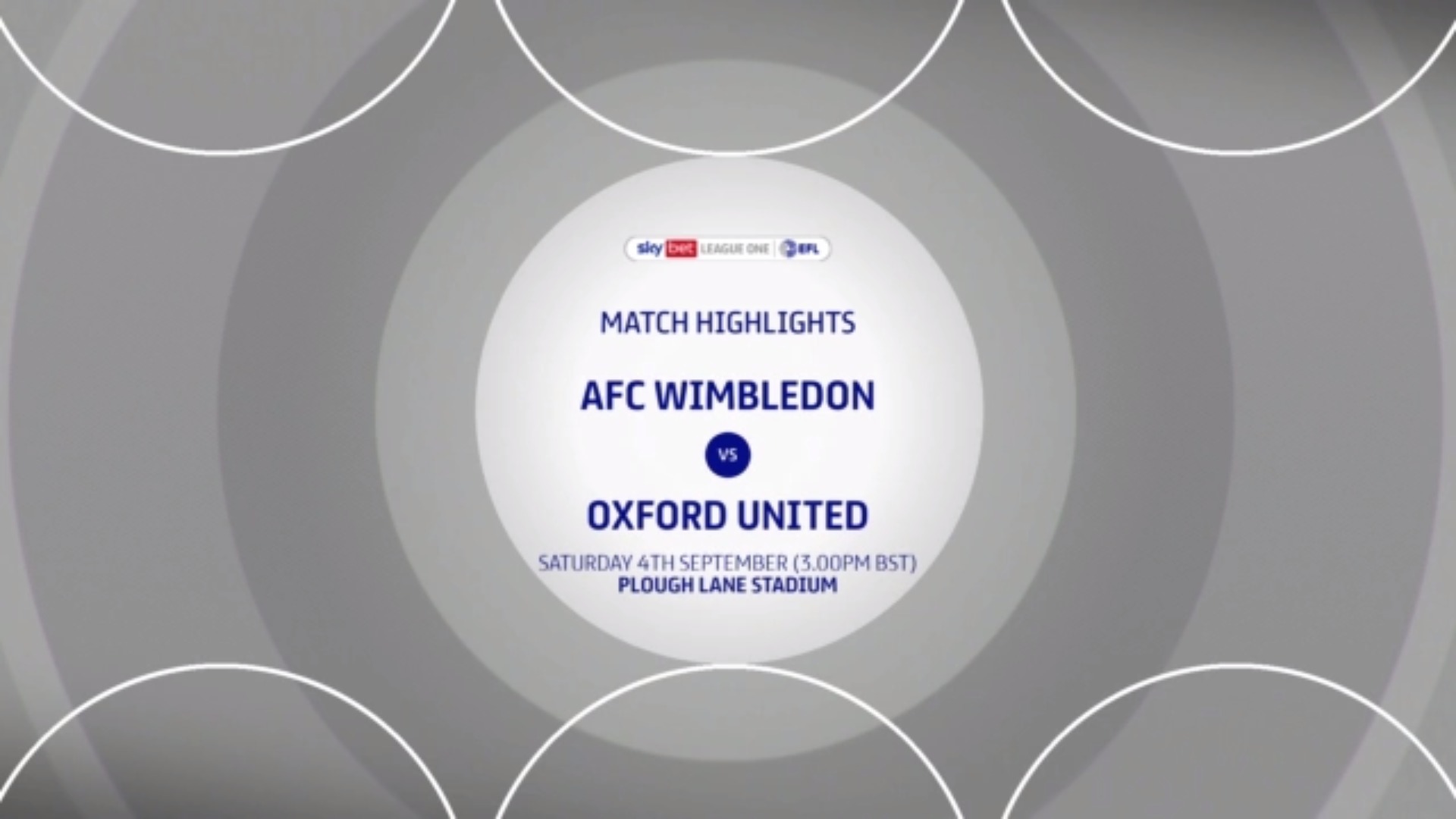 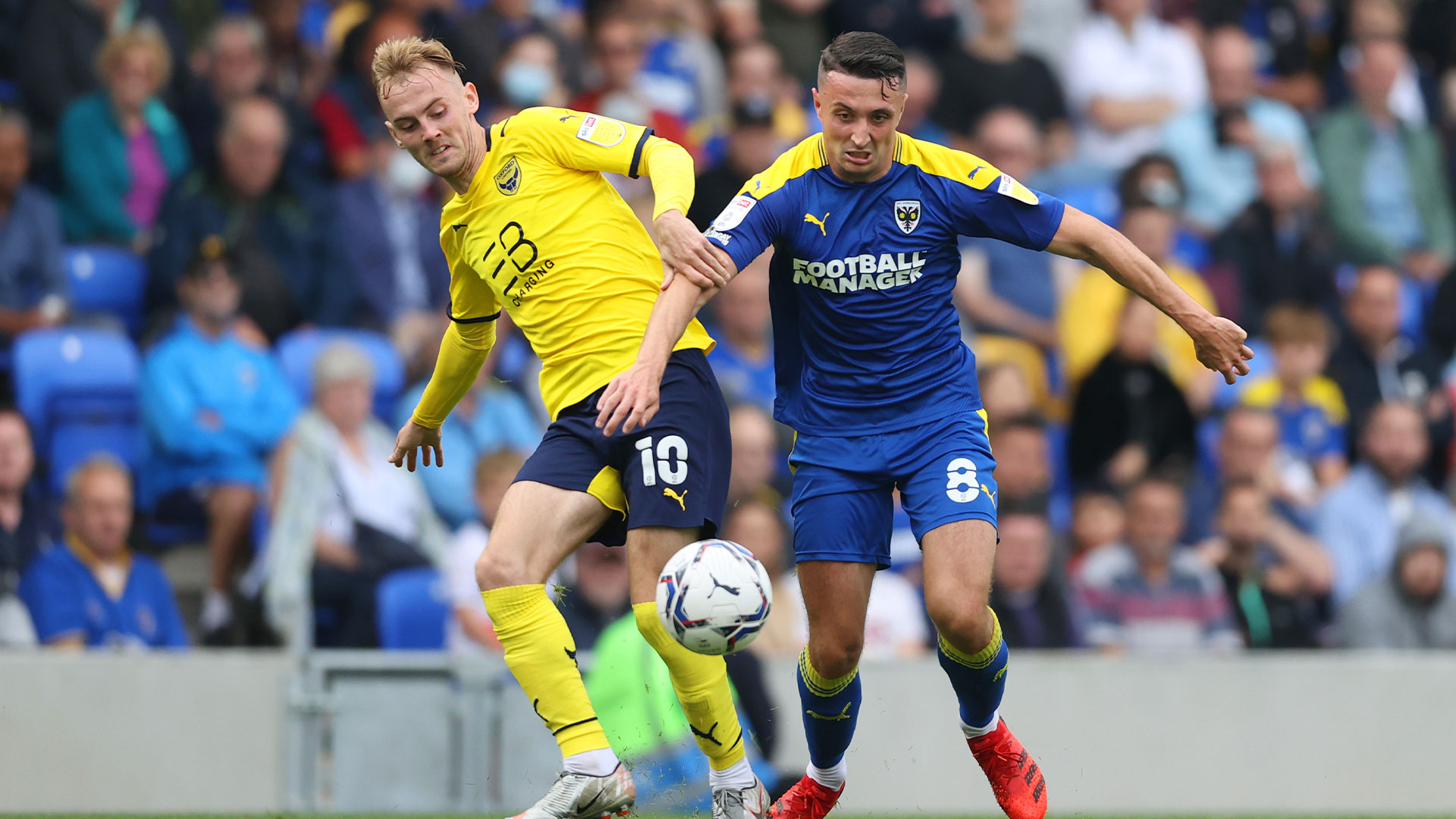