The cutting edge that Wimbledon had shown in abundance this season was lacking today, as Plymouth came away from Plough Lane with a slender victory.

Buoyed by being the top scorers in English football, the Dons rightly came into this match full of confidence and with hopes high of keeping up with the leading lights in League One, but Plymouth defended resolutely to earn a 1-0 win through Ryan Hardie.

Though the Dons started encouragingly by forcing Plymouth onto the back foot, early chances went begging, and the visitors gradually came into the game, before finding the finishing touch that had eluded Wimbledon. A key gripe for Wimbledon was the lack of protection offered by the match officials to Ayoub Assal. As a major component of Wimbledon's attacking play, Assal was targeted by Plymouth's defenders all game, and only referee Tom Nield will know why several late challenges on him went unpunished.

Mark Robinson made two changes for this match and one of those was enforced with Ollie Palmer deemed not fit enough to start due to a calf injury, though he was on the substitutes’ bench. Luke McCormick was handed a recall to the side with Dapo Mebude having to settle for a place on the bench.

The Dons were quick out of the blocks, putting Plymouth under pressure from the outset with livewire Ayoub Assal at the heart of it all. Assal showed fine movement down the left to find Henry Lawrence, but his cross was just cut out. At this stage, Wimbledon were showing attacking promise, without getting the final ball right. Pressley did very well to find space in behind on the right, but his shot was blocked, and attempting to pick out Assal in the box appeared to be the better option.

Plymouth first threatened in the 10th minute when a swift break down their left ended with a ball into the box for Ryan Hardie, but Will Nightingale did superbly to make a last-ditch block. However, that didn’t change the flow of this match as Wimbledon continued to pile forward. An admirable early feature of our early play was effective high pressing and a fine example of that came in the 16th minute when Luke McCormick harried Plymouth keeper Michael Cooper into a rushed clearance. The ball fell nicely for Ethan Chislett, who struck a fierce drive that Cooper did well to tip wide. There was a great chance from the subsequent corner when Anthony Hartigan delivered a superb cross from the left that picked out Nightingale, but he headed wide from close-range.

The Dons were a real threat from set pieces and Nightingale once again showed his aerial prowess by getting on the end of another corner by Hartigan, but his header was saved by Cooper, who grabbed the ball again to stop Assal getting on the end of the follow-up. Though Plymouth had been clearly second best in the first half an hour, they started to come into it as the match progressed and Panutche Camera struck a volley just wide after a cross had only been half cleared. Just before half-time came the best chance of the half and it fell to Plymouth. After Nik Tzanev saved a free-kick from Jordan Houghton, the ball fell nicely for James Wilson, but his shot from close-range was cleared off the line brilliantly by Cheye Alexander.

The second-half started in the worst possible way for Wimbledon as the visitors opened the scoring less than two minutes after the restart. Ryan Hardie got on the end of a ball through the middle and showed good control, before producing a clinical finish to break the deadlock. Wimbledon gradually recovered from that setback with Assal aiming to take the game to the visitors once again. However, our attacking talent was shown no protection by referee Tom Nield and everyone in blue and yellow showed their frustrations when he was hauled down yet again just outside the area. McCormick and Assistant Manager Rob Tuvey were both booked for making their feelings known to the man in the middle.

With the Dons struggling to conjure up an equaliser, Robbo made a double change just after the hour with Dapo Mebude and Nesta Guinness-Walker entering the fray for Ethan Chislett and Cheye Alexander. Wimbledon had a real chance to strike the leveller after a sublime defence-splitting pass by Alex Woodyard sent Assal racing through on goal, but Cooper did very well to dive at his feet, and prevent the equaliser. Despite that near miss, Assal continued to drive forward at every opportunity and he found space in behind on the right, but no one was able to get on the end of his ball across the face of goal. Anthony Hartigan also had a free-kick just deflected over as Wimbledon kept on going for an equaliser.

Despite pouring forward in numbers, Wimbledon's late rally failed to yield an equaliser, and Plymouth held on for all three points. It was a rare setback for Robbo's young Wimbledon side, but certainly not a match to lose any faith in the upward momentum that his side have made this season. 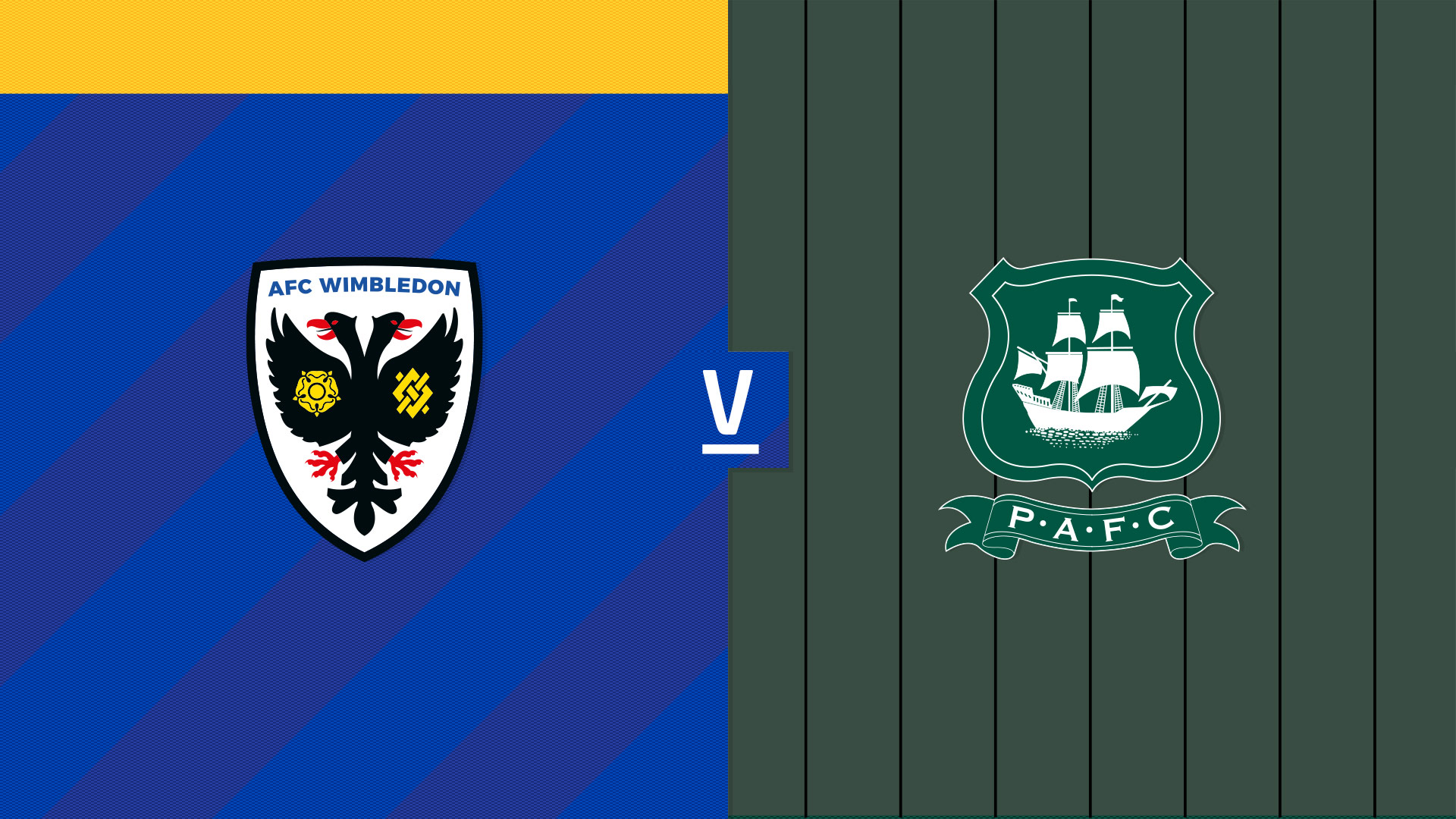 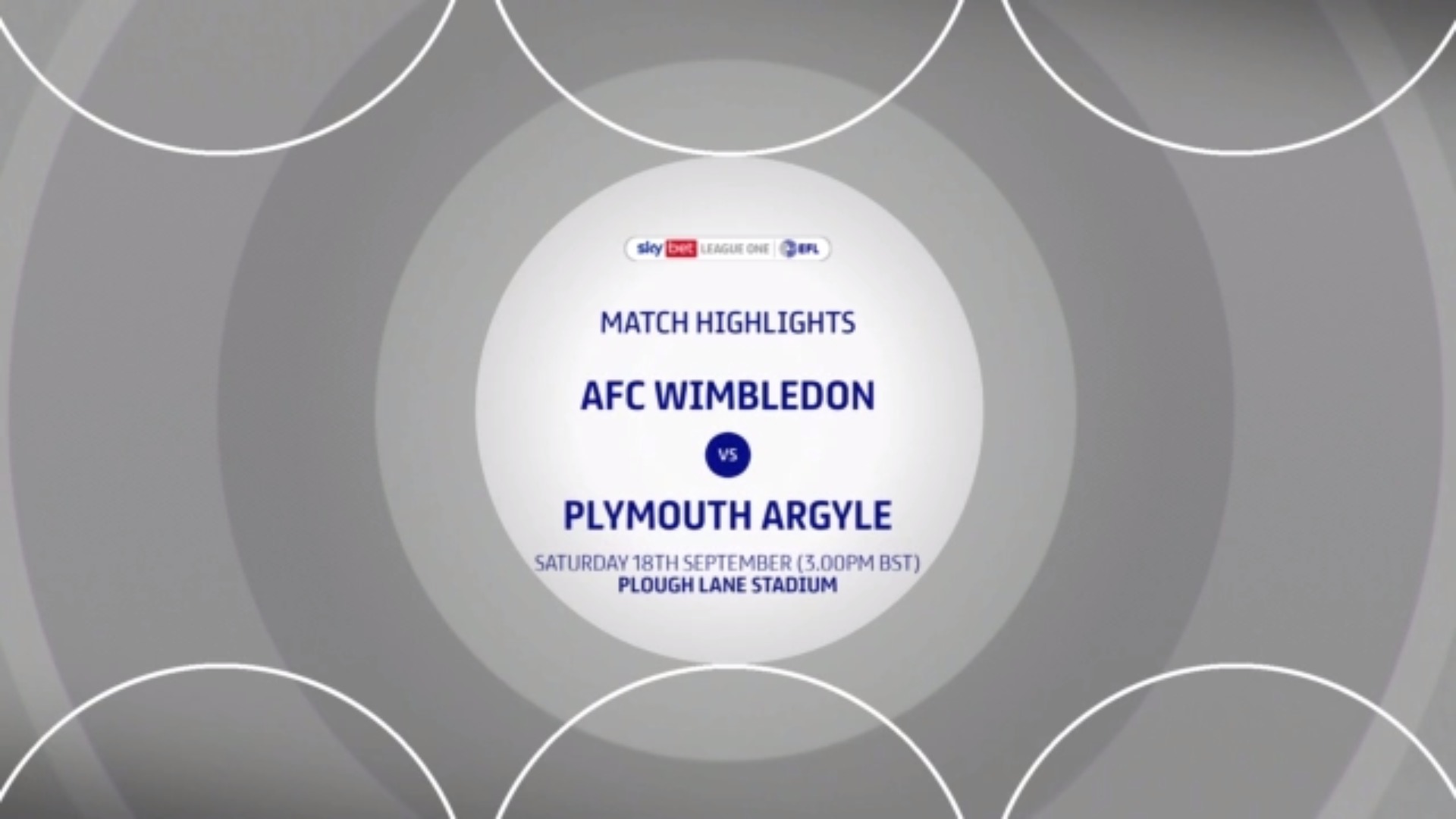 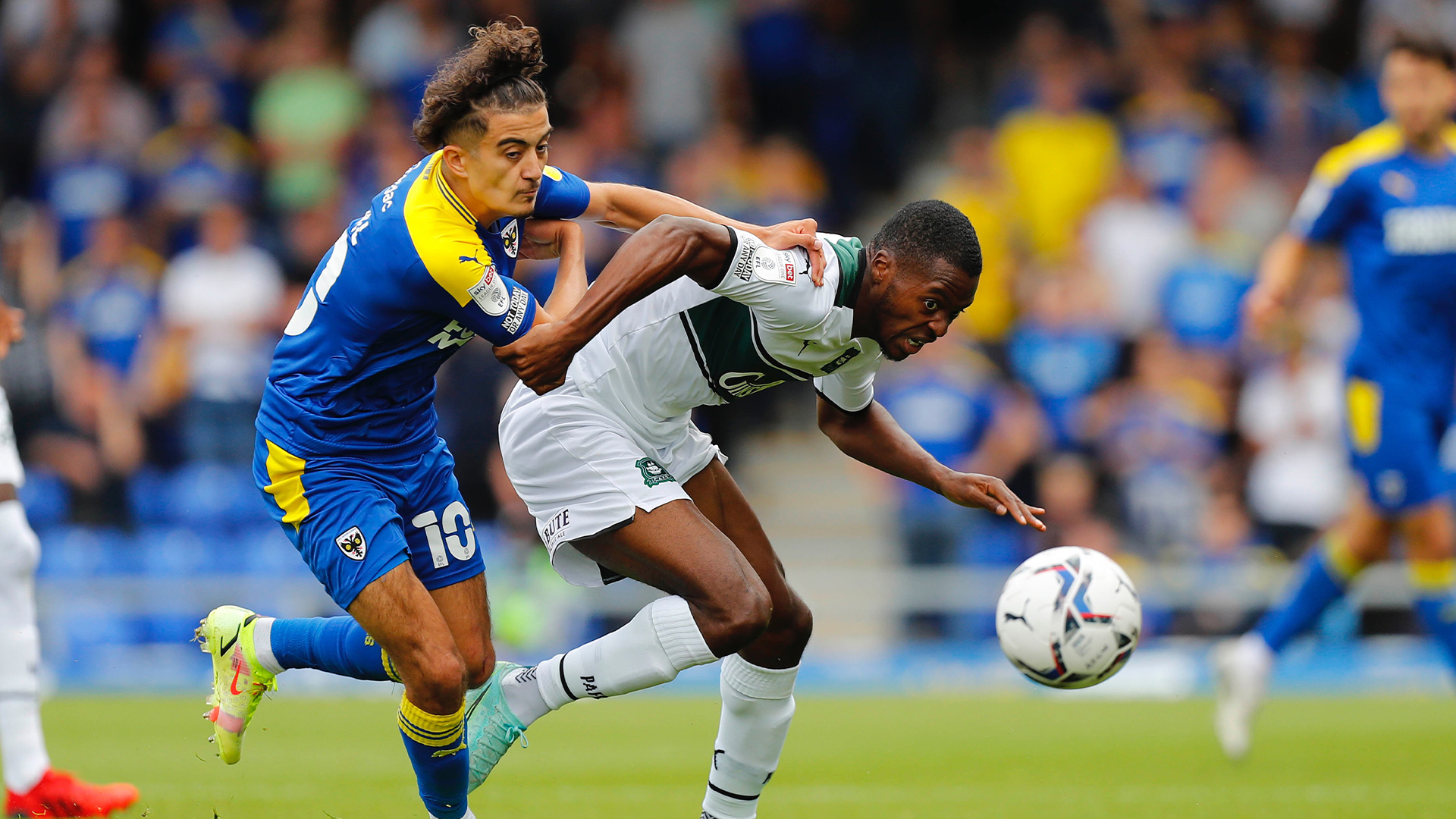