AFC Wimbledon moved up to fourth place in League One after winning a pulsating match at Morecambe today.

Ayoub Assal’s cracking strike deep into injury-time earned a 4-3 victory to reward the 230 Dons fans that made the long trip up north – and the raucous celebrations afterwards highlighted the bond between players and supporters.

It’s not just that Wimbledon are winning matches, it’s the style of the victories. False dawns have occurred on more than a few occasions at League One level since our promotion back in 2016, but this feels different. Talking to supporters on the train up to Lancashire, there was already a feeling that Robbo and his staff are building something special. More evidence of that was certainly produced at Morecambe today. Twelve goals have been scored in the past week with a young and vibrant side serving up a swashbuckling brand of football that’s capturing the imagination of all those in blue and yellow.

The never-say-die attitude of Wimbledon’s class of 2021/22 was again in evidence as Robbo’s boys twice came from behind to draw level, before going all out to chase the winner. What impressed most was Wimbledon’s attitude after conceding goals. On each occasion – even after a goal of the season contender by Cole Stockton had put the hosts 3-2 up – the Dons continued to pile forward in search of an instant response. It was an occasion when perseverance and attacking intent once again paid off for the Dons.

Robbo had to do without Jack Rudoni, last Saturday’s two-goal hero against Oxford, as he missed out due to a minor muscle injury, and Luke McCormick was only deemed fit enough for the bench. Ayoub Assal and Ethan Chislett, who were both substitutes in our last league game versus Oxford, earned recalls and Cheye Alexander replaced Nesta Guinness-Walker with Henry Lawrence switching to left-back. In opposition, Shane McLoughlin lined up against the Dons for the first time after leaving us in the summer.

Anthony Hartigan had talked in the build-up to this match about rediscovering the goalscoring talents that he displayed at academy level – and he took less than six minutes to deliver! Dapo Mebude did superbly to win a free-kick just outside the area, but it was at a very acute angle and putting in a dangerous cross appeared to be the best option. Hartigan thought otherwise though and delivered an absolutely fantastic shot that dipped and swerved, before bouncing in off the far post. What a start for the Dons in Lancashire as Robbo’s boys sought to make it three successive wins.

Far from resting on their laurels, our players swarmed forward in search of a second goal. A fine move involving Ollie Palmer and Ayoub Assal ended with a shot over the crossbar by Alex Woodyard. Though Wimbledon controlled the first 20 minutes, marching forward at every opportunity, the hosts came so close to an equaliser after Hartigan’s pass was intercepted by Arthur Gnahoua. The Morecambe forward drove through on goal and struck a powerful low drive, but Nik Tzanev did very well to save. That failed to disrupt Wimbledon’s early momentum and Alexander showed a fine turn of pace to find space down the right, before delivering a cross that picked out Assal, but he shot over the crossbar from close range.

Wimbledon’s high press, led by Palmer, Mebude, and Assal, was superbly executed in the first-half as Morecambe were forced to pass the ball back to their goalkeeper Jokull Andresson, often surrendering possession as a consequence. On-loan Chelsea right-back Henry Lawrence was booked for simulation, but then bounced back to almost double the advantage just seconds later! The talented youngster struck a fierce effort from 25 yards that flashed just wide of a post, and he certainly showed a willingness to join in the attack whenever the opportunity presented itself.

The Dons ended the first-half strongly and there was a good chance to extend the advantage just before the break. Mebude showed the lightning pace that he’s become known for to get through on goal, before his shot from an acute angle was saved by Andresson, and Assal struck the follow-up straight at the Morecambe keeper. The half-time whistle sounded with Wimbledon having dominated the first-half, and the only real complaint was that the advantage wasn’t greater.

That failure to make the most of our superiority cost Wimbledon in the 49th minute when Morecambe equalised. With our back-line appealing for offside, Cole Stockton played to the whistle after receiving a pass from McLoughlin and applied a fine finish that left Nik Tzanev with no chance. The assistant on the far side refused to raise his flag and the hosts were level. Six minutes later and this match was turned on its head as Morecambe marched into the lead. Gnahoua delivered a cross from the right that McLoughlin met with an impressive glancing header that found the back of the net. All of a sudden, Tzanev had conceded two goals after being previously untroubled until then.

Wimbledon’s response was exactly what was called for in the circumstances as Robbo’s boys took the game to their opponents. An equaliser followed in the 61st minute and it was a leveller that came in superb style. Lawrence showed impressive movement and skill to find space down the left flank, before sending over a cross that fell for Ethan Chislett. Though the ball sat up nicely for a shot, Chislett executed it to perfection with a simply stunning half volley to leave the Morecambe keeper with no chance. Now Wimbledon’s players had the momentum again as they poured forward in numbers, but there was another twist in the tale to follow. With 65 minutes on the clock, Stockton conjured up a goal out of nothing, letting fly with a long-range effort that bounced over Tzanev and in off the crossbar. It was certainly a goal of the season contender, and now the Dons had it al to do at 3-2 down. However, this Wimbledon side are made of stern stuff, and fought back yet again to equalise. Hartigan sent over another fantastic free-kick from the right that picked out Nightingale and he headed home emphatically.

Mark Robinson made a double change with 10 minutes remaining as Wimbledon searched for a winner. Aaron Pressley and George Marsh were introduced for Ollie Palmer and Ethan Chislett, as the Dons chased a fourth goal. Pressure was exerted in pursuit of a goal that would surely seal all three points at this late stage. Assal produced a fantastic run through the middle, but he was just stopped by Anthony O’Connor’s last-ditch challenge.

When Nightingale and Heneghan both headed off target in the latter stages it appeared that a late winner had eluded Wimbledon. However, there was a dramatic last act in this all-action thriller – and Assal was the man to deliver it. There appeared to be little danger when the ball fell to him just outside the area, but the 19-year-old attacking talent delivered a fantastic strike that bounced in off the crossbar. It sent our supporters behind the goal into ecstasy as they celebrated a famous victory up in Lancashire and what a way to end a thrilling week for everyone connected with AFC Wimbledon. 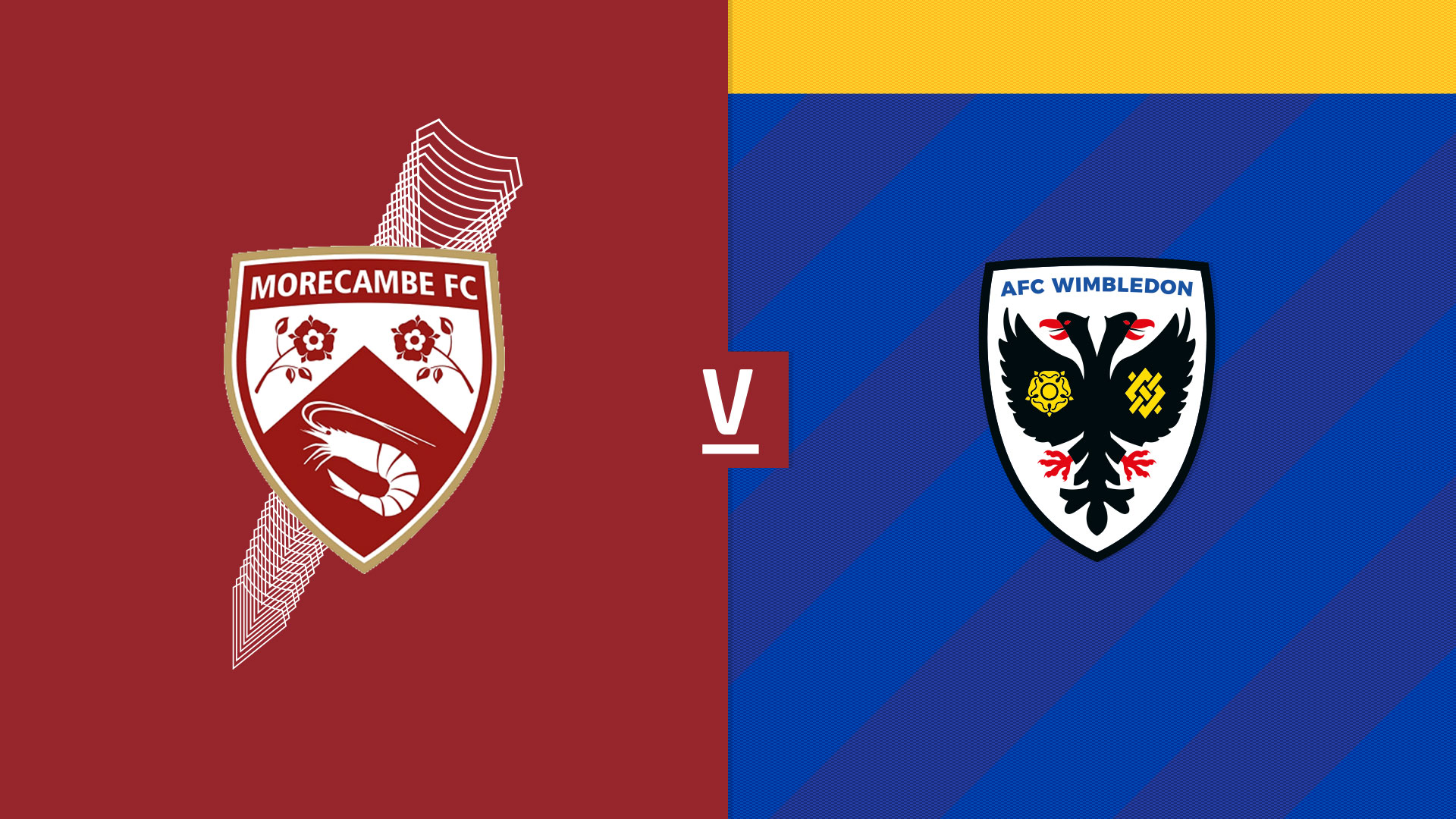 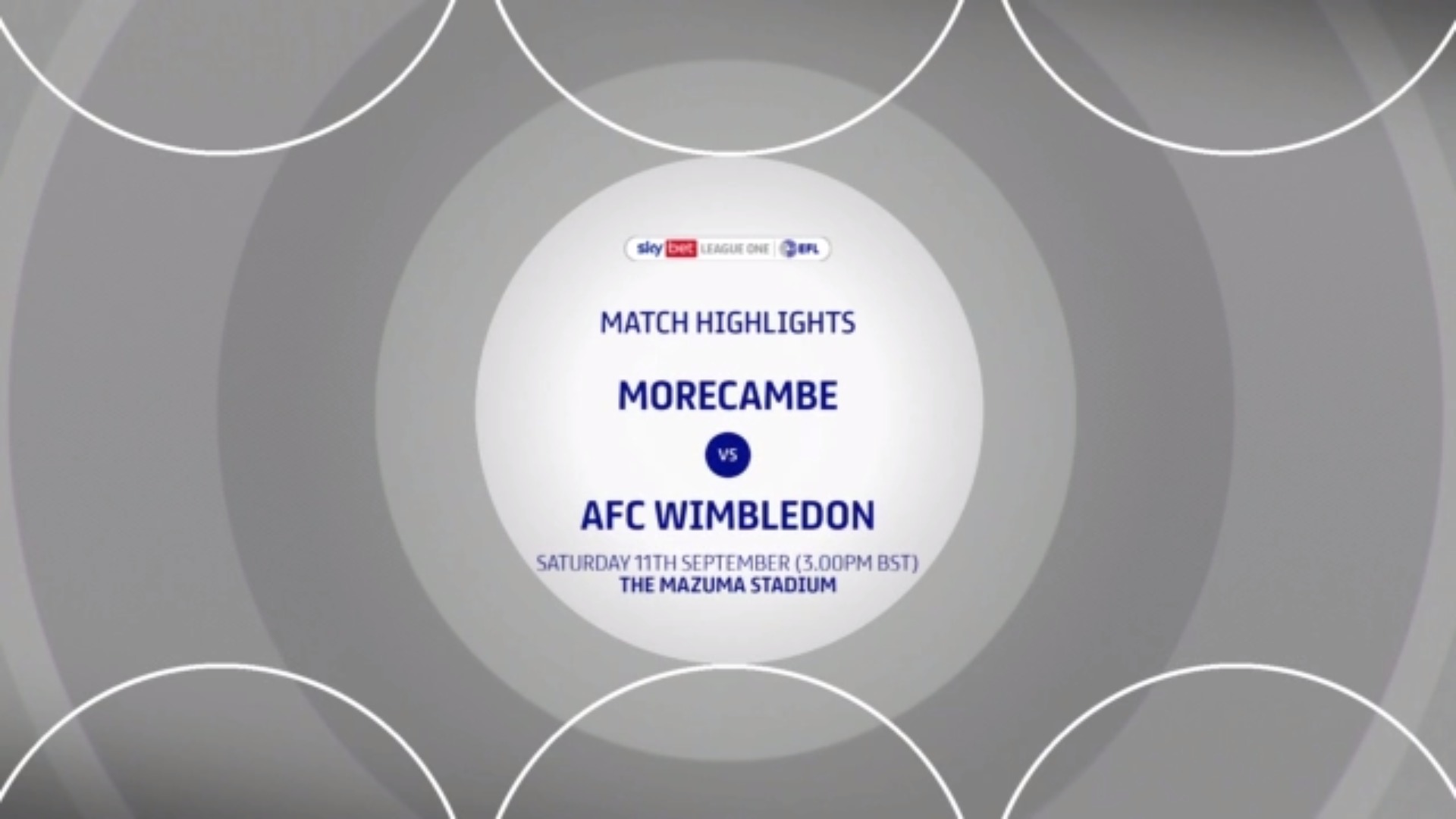 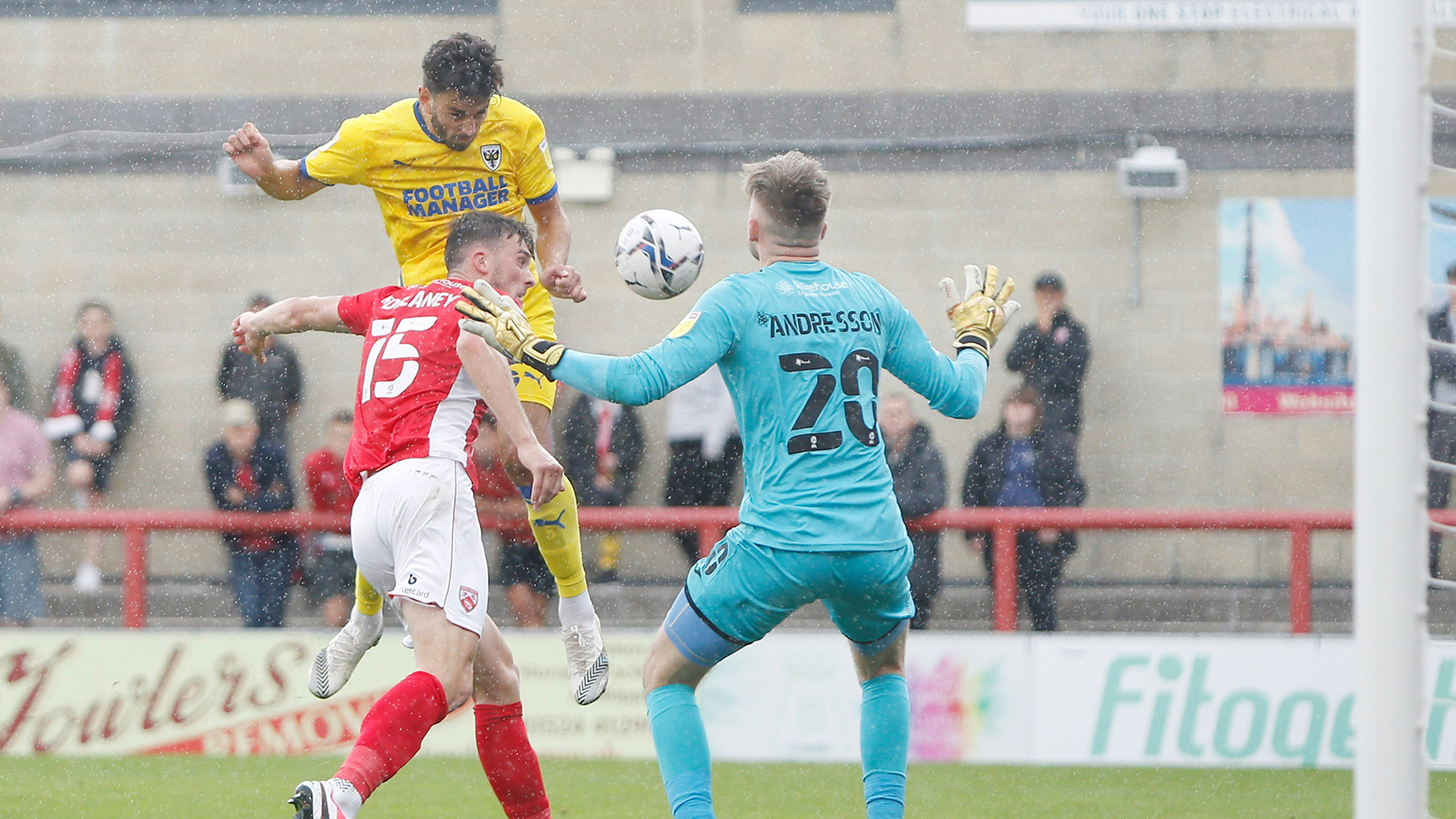