Based on this performance, the men from South Yorkshire will be certainties to be involved in the end of season promotion chase, but that will be no consolation to Mark Robinson and his staff, along with our players and fans. The manner of goals conceded were particularly disappointing, giving an in-form side a helping hand towards victory. At the other end, there was only really one meaningful chance for the Dons, which fell to Jack Rudoni, and he fired wide from close-range in the second-half.

A total of 216 Dons made the trip to South Yorkshire, and their support is very much appreciated at the end of a hectic schedule of matches, some of those a long way from home.

Mark Robinson made several changes from the side that started the defeat at Shrewsbury. Dan Csoka was recalled as part of a three-man back-line with Henry Lawrence and Paul Osew as wing-backs. George Marsh was restored to the midfield alongside Alex Woodyard with Anthony Hartigan having to settle for a place on the bench. With Ayoub Assal suspended, it meant a return to the starting line-up for Jack Rudoni.

The Dons started the match by establishing good possession, and there appeared to be a decent shout for a penalty when Aaron Pressley latched onto a through ball from Lawrence and went down under a challenge from Richard Wood, but the referee thought otherwise. Perhaps the fact that Pressley got a shot on target, saved by Viktor Johansson, influenced the decision of referee Andy Haines. Wood came off worse after the clash, and the game was held up for several minutes before he returned to the action. Marsh showed good tenacity in the midfield holding role, making good interceptions to keep the hosts at bay, and Ben Heneghan showed his aerial ability when Rotherham got crosses in. However, Chiedozie Ogbene came close to breaking the deadlock when he turned inside and unleashed a shot that flashed just wide of the far post.

Rotherham gradually started to turn the screw as the first-half progressed and they earned the lead in the 37th minute. Though it was a lovely cross from the left by Shane Ferguson, Will Grigg was left with too much space in the box and he punished the defensive slackness with a header that bounced in off the post. All of a sudden after being under little pressure the Dons now had a mountain to climb as the home support really turned up the decibel levels and their team poured forward. The Dons struggled to muster a response and the advantage was doubled in first-half injury-time. Yet again, it was a very poor goal to concede from a Wimbledon perspective. A corner was delivered to the near post and former Dons loanee Michael Smith met it with a powerful header, though he was pretty much unchallenged.

The half-time whistle sounded with Wimbledon deservedly behind and with a very difficult task to turn this around. There had been little to enthuse about from our perspective with the Dons having offered minimal attacking threat and put on the back foot by a Rotherham side that had started to dominate before the break. With Wimbledon having struggled to find attacking momentum at the start of the second-half, Mark Robinson made his first change 10 minutes in when he sent on Dapo Mebude in place of Paul Osew.

There was a great chance for Wimbledon to reduce the arrears on the hour when Dan Csoka’s cross found its way all the way to Rudoni on the back post, but he shot wide of the target. The Dons had certainly responded with plenty of determination to get back into this match, and a goal back at that stage would have changed everything. Robbo’s boys gained confidence from that near miss with Marsh and Alex Woodyard starting to see more of the ball in midfield. Henry Lawrence was also growing into the game as he started to support our attack and he drove a shot just past a post.

With a two-goal deficit heading into the last 15 minutes, the Dons had to take chances and a quick break almost ended with a third goal for the hosts when Smith drove just over the crossbar. In the latter stages the referee came under intense pressure from the home side’s players and fans to show Aaron Pressley a straight red card for a late challenge on Rotherham’s Michael Ihiekwe. However, the Dons forward appeared to catch his opponent unintentionally, and a yellow card was the right decision.

The game was over with two minutes remaining in disappointing fashion for Wimbledon when a free-kick was lofted over the top and Smith got in behind to notch his second of the match. It rounded off a very difficult evening for the Dons, and bouncing back at home to Burton Albion on Saturday now assumes extra importance to curtail a slide down the table.

Tickets available on the day of the match.

We’d like to inform fans that tickets for our away game tomorrow against Rotherham will come off sale online today at 2 pm.

Alternatively, tickets will be available to purchase from 6.30 pm tomorrow at the AESSEAL New York Stadium (away ticket office). There will be a price increase of £2 for adult and concession tickets and a £1 increase for junior tickets. Ticket sales on the day can only be purchased via cash only. 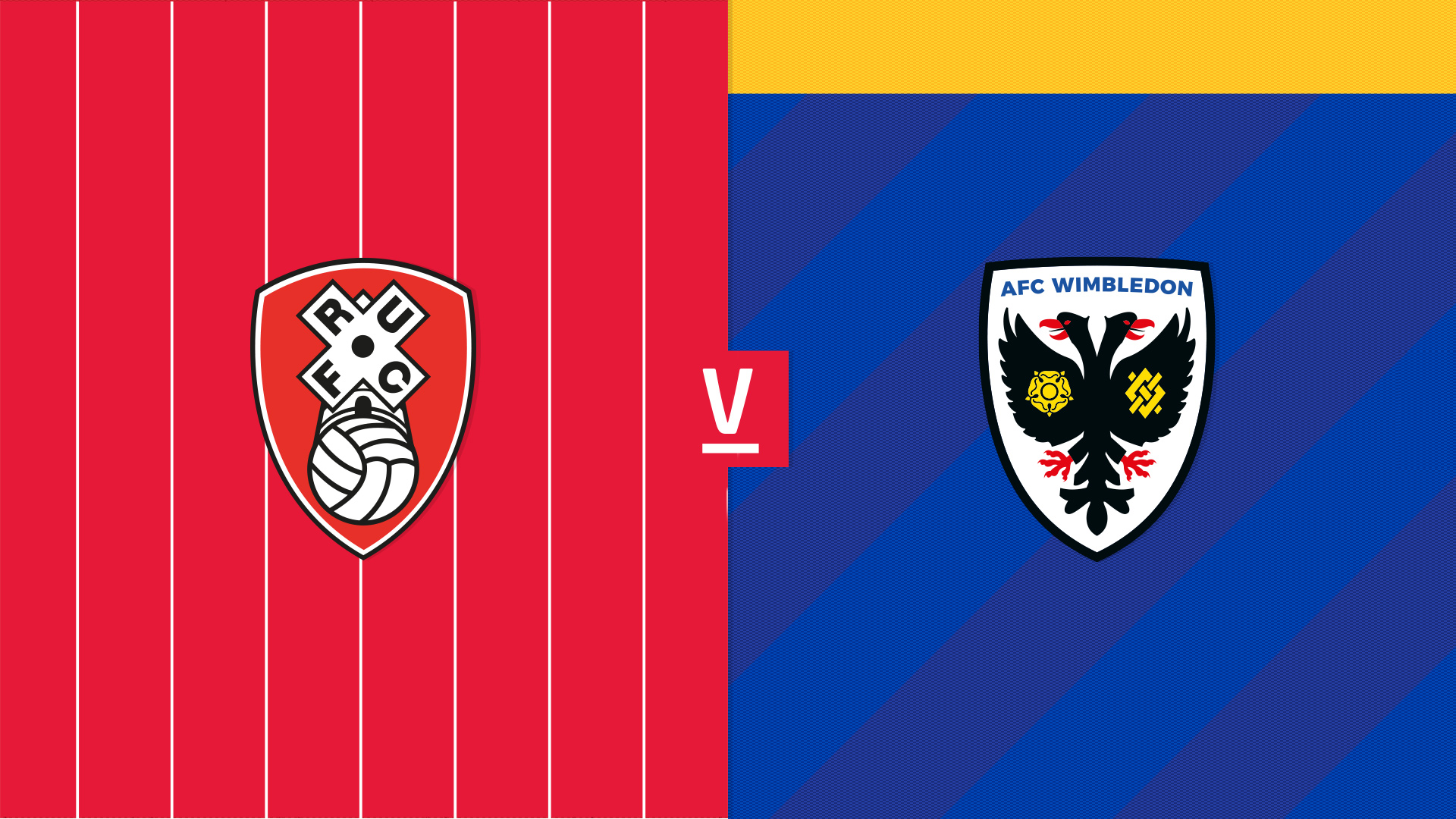 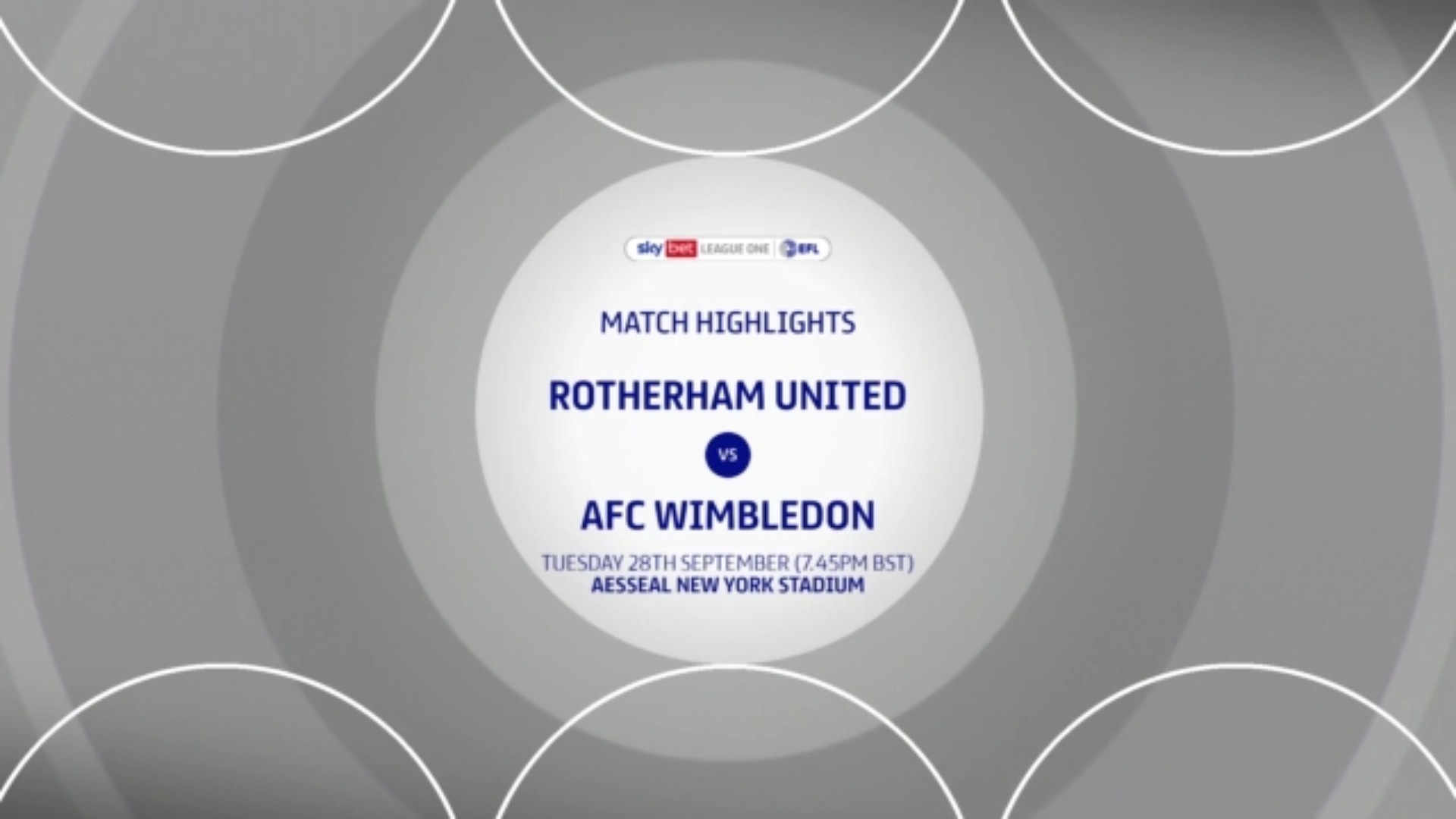 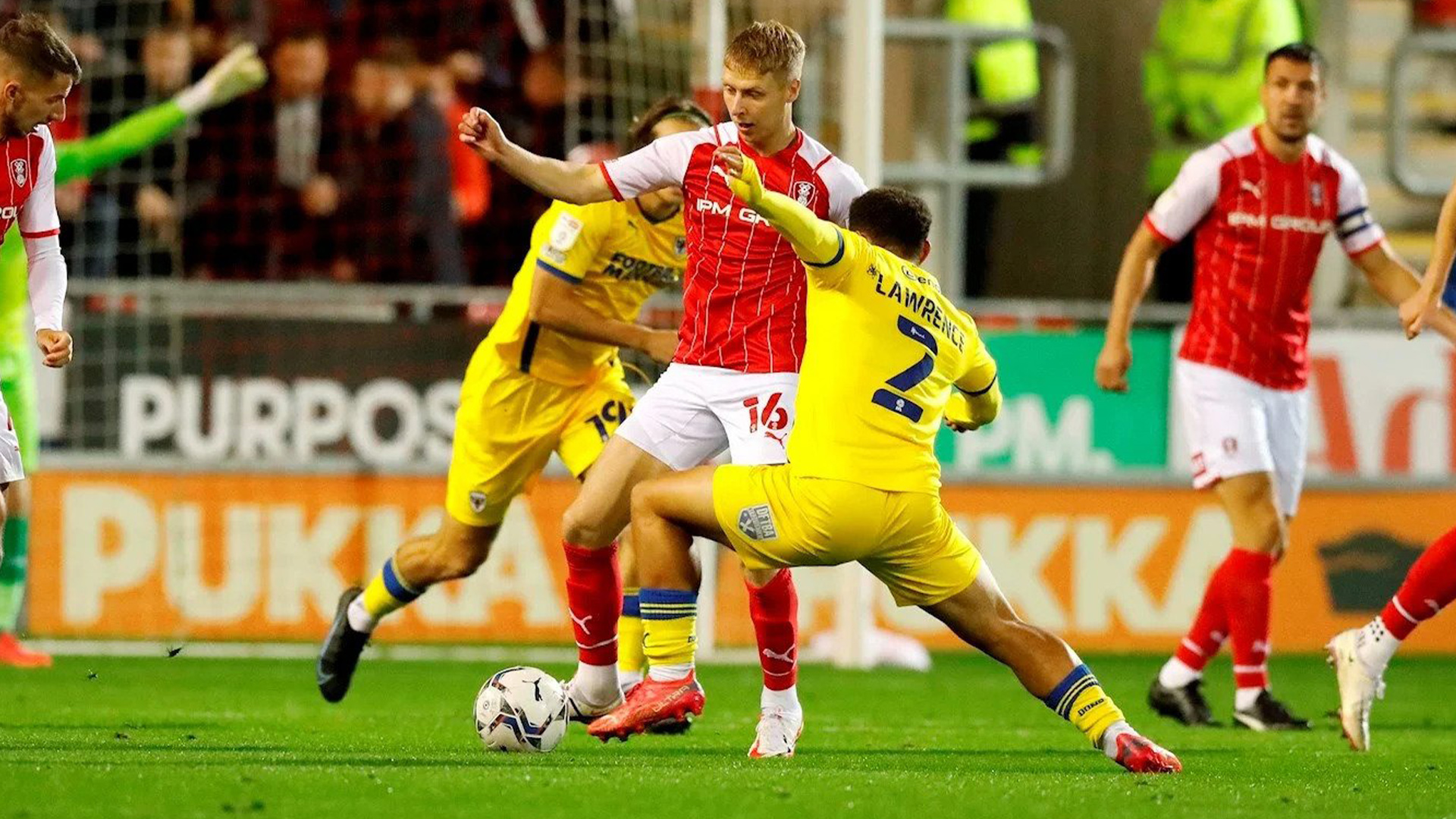